Cooking up a homemade mix of guilt, resentment, distance, loss and love, Kana Hatakeyama’s quietly observed short Okaasan (Mom) introduces us to a mother and her daughter as they attempt to reconnect after dealing with the death of a beloved family member. Marking the Brooklyn-based actor’s debut outing as a writer/director, Okaasan (Mom) is a film filled with the small shared moments which shape and nurture our foundational relationships. Arriving online today, Hatakeyama reveals how she not only drafted her real mother in as her co-star but also managed to wrangle a talented crew of collaborators in Japan with the help of Facebook.

I had been writing bits and pieces of the script on and off for probably about a year or two. I don’t remember the exact timeline because initially, I was writing a bunch of different scenes for some time until I had a collection of scenes about this mother-daughter dynamic that I felt like could be a film. I printed out all the scenes I had, put them in an order that I thought worked, identified what beats were missing, then wrote those additional scenes.

This way of writing was inspired by a playwright I know and really admire, Clare Barron. I had thought up until then that to write a script, I needed to have a clear concept or storyline or mission at the start. I got to participate as an actor in a very informal, early reading of pages from a play she was working on, Dance Nation. There were several actors there, and she just handed pages of monologues or short scenes to different actors to read, as a way to hear and explore the play. I was already a big fan of her writing, so I thought this was such a cool way to work, different from the processes I had been exposed to in playwriting or screenwriting classes in school.

So that really gave me permission and freedom to just start writing whatever scene or thoughts or ideas I felt like writing, and that was my way into screenwriting. For the feature screenplay I recently finished writing, I did start with a clear concept, then an outline, then wrote out the scenes, but I think there are many ways to write a script, and for me that’s part of the fun now, the difference in approach and process for each script I write.

After the election, I felt a sense of urgency to make art that mattered the most to me.

I finished the script for okaasan (mom) in early November shortly before the November 2016 election in the US. After the election, I felt a sense of urgency to make art that mattered the most to me, and for me at the time, that meant actually making this film. Since it was important that we film over actual New Year’s Day in Japan, the options were to film 5-6 weeks later or wait another year, and I decided I didn’t want to wait another year. I made the decision to go for it in mid-November, then had several weeks of pre-production before our 5 days of filming at the end of 2016/New Year’s Day 2017.

It was all very crazy because for one it was my first time producing, and I was doing it for a production overseas. I’m based in Brooklyn, and while all my family lives in Japan, my career up until that point had been more US-based, so I didn’t have many film contacts in Japan. I actually ended up finding most of my crew, who are all based in Tokyo, through Facebook. I connected them via Facebook messenger and Skype and only met them in person a few days before filming when I got to Tokyo. I’m so grateful I ended up finding the crew that I did – very skilled folks who were game to work with a first time filmmaker over the most important national holiday in Japan.

After filming, my editor Ronnie Rios, also based in Brooklyn, and I spent the first half of 2017 editing, spread out over a few months because at the time I was working full time translating to recover financially post-filming. I finished sound (post-sound was also done by my Tokyo-based production sound mixer Ryoma Ochiai) and color grading (with the amazing Brooklyn-based Marika Litz) over the summer, and then I spent a couple more months tweaking as I submitted to film festivals. The film had its world premiere at Brooklyn Film Festival in June 2018.

I really wanted to tell a mother-daughter story that wasn’t super high-concept or plot heavy.

Of all the different ideas I was working on, I was drawn to actually making this film as my first film for several reasons. A big part of it was, during the time I had spent in Japan over the years, I saw so many things and places that I thought were so beautiful, evocative, and cinematic, that I wanted to capture and share. I felt like a lot of films set in Japan that I had been exposed to were in very urban areas or very rural areas, and I wanted to make a film set in this area of Japan that I personally love, a distinct Japanese space where bits of the urban/contemporary and the mythical nature co-exist. Along those lines, I also wanted to portray bits of Japanese living and culture that I think are so special and love, like the process of laying out the futon to go to bed, or the ritual of getting dressed up and going to the shrine on New Year’s Day to set intentions for the new year.

Also, though I’ve been influenced by a variety of filmmakers from across the globe, the great Japanese filmmakers like Ozu and Mizoguchi have a special significance for me, so it felt fitting that my first film be set in Japan. Ozu really affected me with how he was able to tell these seemingly “simple” stories, that so profoundly shook and moved me. So for my first film, I really wanted to tell a mother-daughter story that wasn’t super high-concept or plot heavy, paced in a way that may be slower than average, but that felt truer-to-life for this particular environment and relationship.

The main way I strove to achieve that was the way we filmed (on a Sony A7S II) and edited, primarily with wide shots, not too many close-ups, and very few internal cuts, except for in the montage scene of the mother and daughter visiting the shrine on New Year’s Day. We also didn’t use any music except for in that montage, and even that wasn’t exactly music. My editor and I created the score using different sounds I found that felt resonant and evocative of that environment and the feeling I got whenever I went to the shrine for New Year’s Day.

Also, since this is a really intimate story, and I was working with a very limited budget, I knew I wanted to work with a skeleton crew, so in addition to myself, we had a 5-person team of DP (Chris Rudz), AC (Andrzej Rudz), Sound (Ryoma Ochiai), AD (Aquiles Hadjis) and Gaffer (Yosuke Shimada), with my mom generously pitching in to help feed us whenever she wasn’t busy acting. 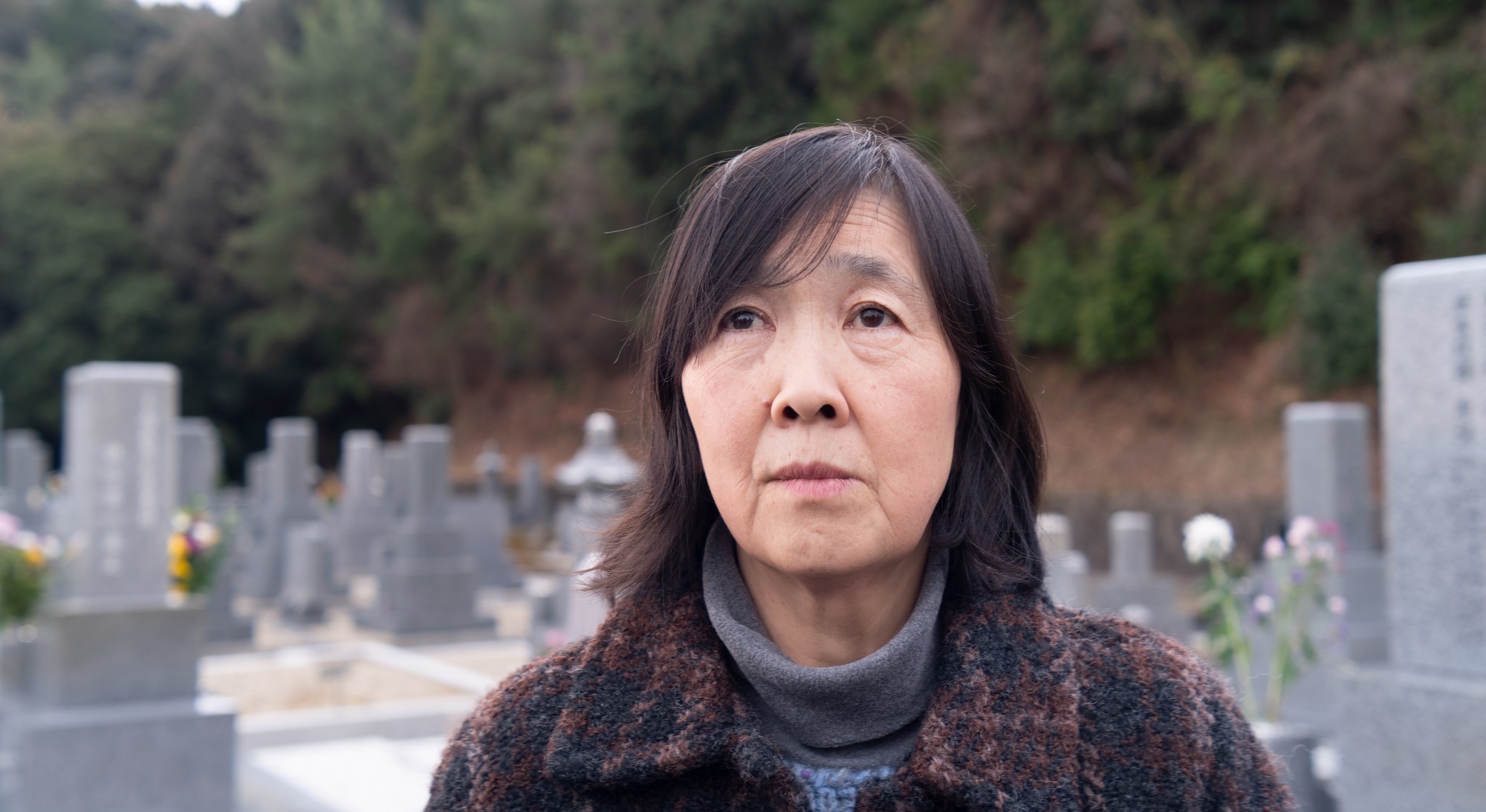 Which leads us to my mom, who plays the mother in the film. Due to the limited budget, as well as limited time. I didn’t have the time nor the money to find another actress and transport, house, feed and pay her, so I’m very grateful that my mom agreed to do it (though she initially said no!). Apart from time and money though, I felt that something about her way of being would translate really well on-camera (and I think I was right, she does beautiful work in the film), and I felt like the real-life relationship we do share would bring a unique and interesting added layer to the story. It was also very special for me to get to work with her on this since I do in real-life live quite far away from her.

I felt like the real-life relationship we do share would bring a unique and interesting added layer to the story.

While I always say that the film is fiction, being that it was completely scripted, not a documentary, and not entirely autobiographical, thematically it is very personal. Living in New York, far away from my family in Japan, I had been really grappling with this sense of guilt I carried, and I wanted to explore that through the film.