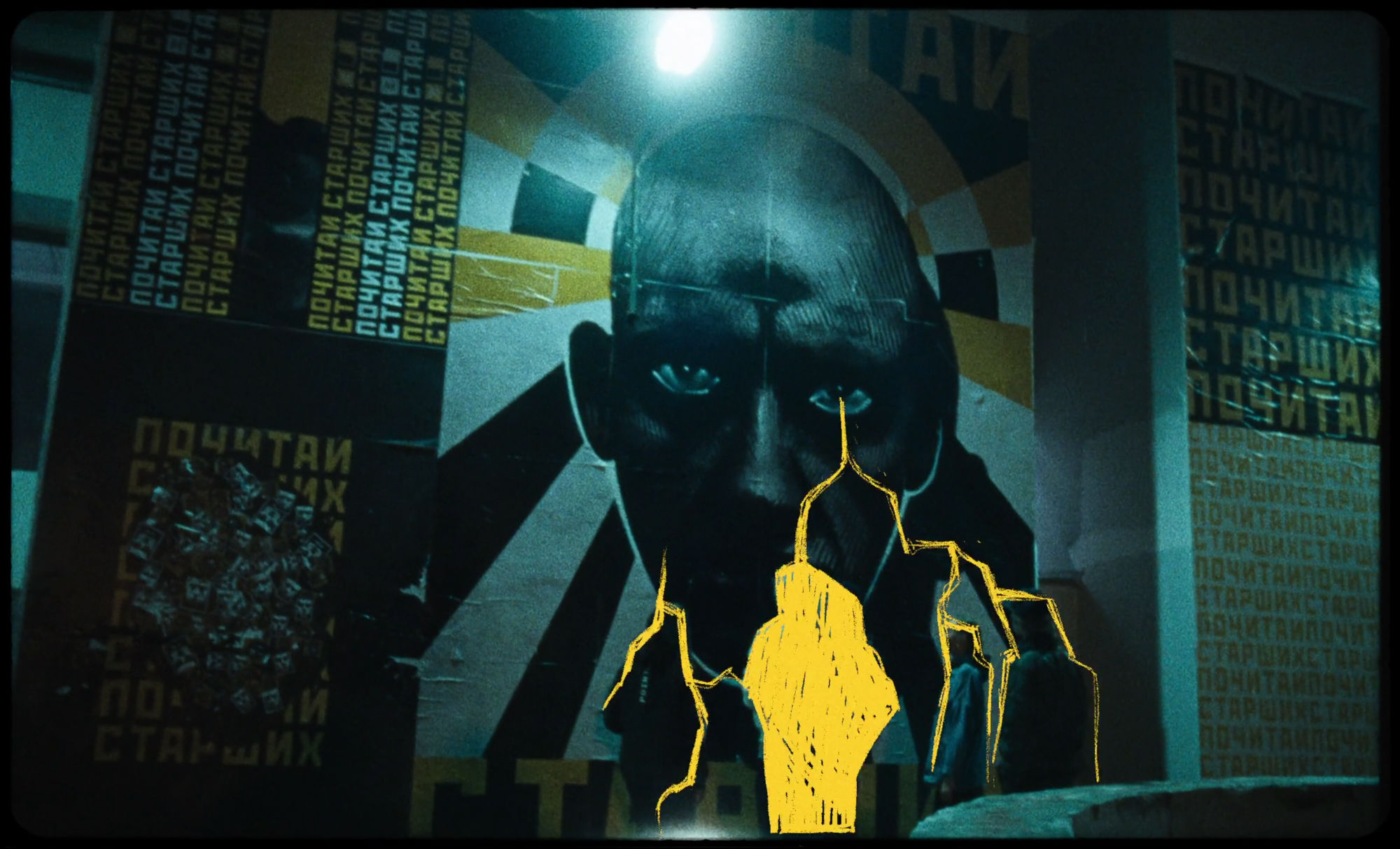 Director Lado Kvataniya (last seen on DN here) unleashes an onslaught of performance, animation and projection mapping for rapper Noize MC’s music video commemoration of Russia’s cultural and literary heritage, Honor the Elders. Kvataniya explains why despite hitting some technical hiccups he was determined to pull this 16mm shot project off practically:

“While we were attempting to display the projection on the high-rise (we only had about an hour) as usually happens, all the equipment magically refused to work. There were proposals to make a projection in CG, but I refused. Everything had to be for real! When else would we have the opportunity to bring the giant faces of poets to Stalin’s skyscraper? At the very last moment, when there was practically no time left, we were able to shoot the planned frames. Every time I pass by this magnificent building, on the facade of the building I “see” our projection. The virtual signature that we left with our entire team.”