A Roundup of Filmstock 12 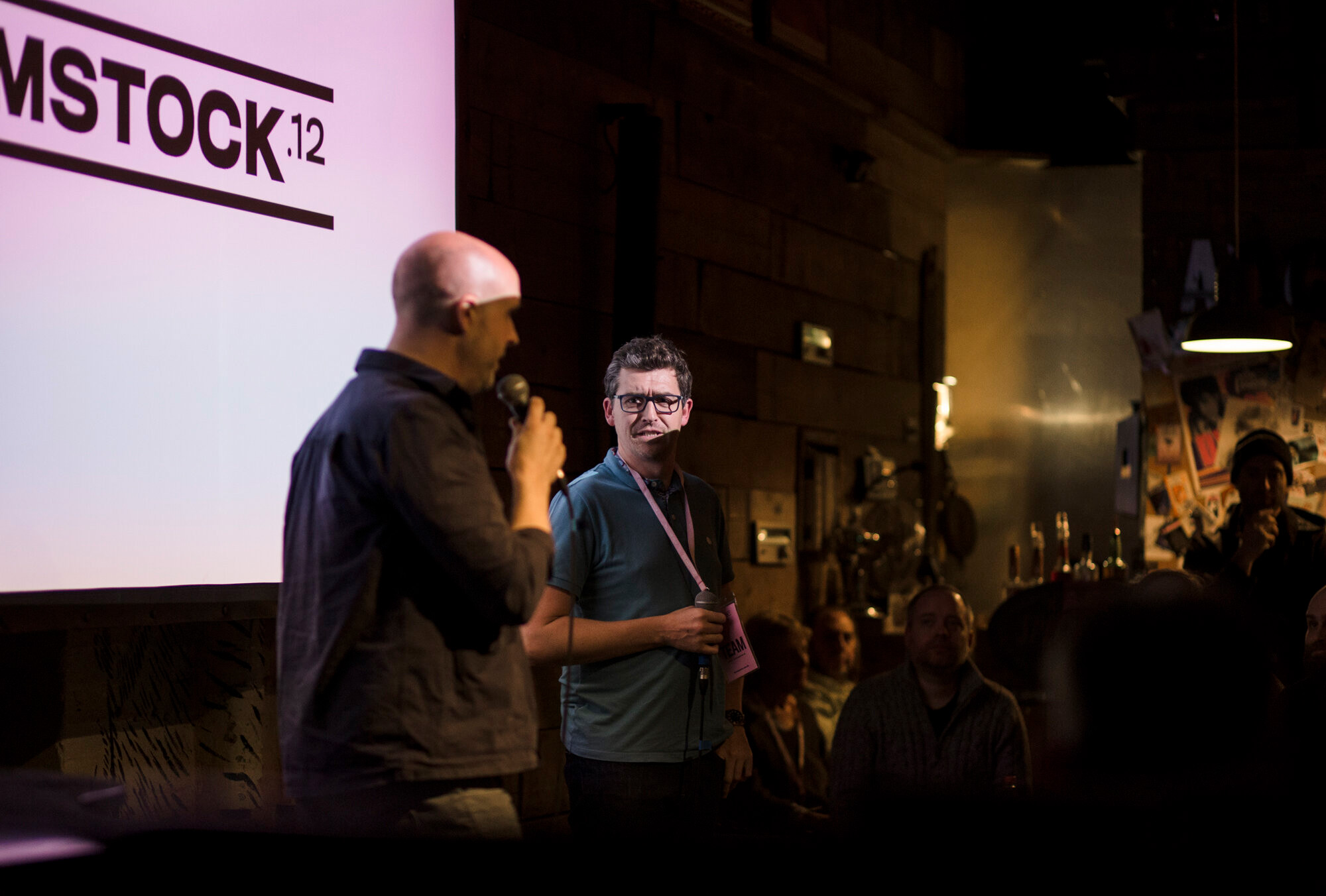 As I marked in my piece previewing the festival, this year saw Filmstock return for its 12th year, 10 years after its last incarnation and 50 years since the original Woodstock festival, the festival that inspired it all. It’s a festival that DN has witnessed since its inception, and as I discussed with festival organisers Justin Doherty and Neil Fox, the question on everyone’s mind as Filmstock returned from a long hiatus was whether or not that original ‘Filmstock’ energy could be recaptured. In short, absolutely. This year was my first ever in attendance and it’s easy to see why, over the years, it has acquired such a devout audience. This is a festival about community, about bringing people together, both audiences and filmmakers, for food, fun, music, podcasts, and of course, incredible films. Filmstock is quite unlike any other film festival I’ve been to, and with such a strong emphasis on community, it’s undoubtedly one of my favourites.

The festival began, for me, on Saturday morning with a programme of terrific short narrative films; the selection boasting an eclectic mix of genres and styles. Highlights included long time DN alum Mark Jenkin’s follow up to acclaimed British feature Bait, a Cornish ghost story called Hard, Cracked The Wind. An eerie tale of a writing case that imbues the spirit of its previous owner within its current user, compelling them to finish a poem. It features Jenkin’s now trademark tactile aesthetic, as it was shot on 16mm. Another highlight was Heidi O’Loughlin’s Period Piece, a dark comedy about a young woman coming to the end of her tether with the idiotic men that surround her. Without spoiling, the short features a hilarious finale in which the antagonistic men get their comeuppance.

Next up was the first of the festival highlighted programme of feature music documentaries, The Ballad of Shirley Collins, about legendary British folk singer Shirley Collins and her journey to recording her first new album in 38 years. It’s a tender and gripping film that places Shirley in her beloved Sussex and features many slow and meditative contemplations as she figures her way back to singing again. DN spoke with the film’s directors Rob Curry and Tim Plester at LFF a couple of years ago about the patient production process and how conversing personally with Shirley led to key creative decisions.

The final film of my first day was Frank Shouldice’s The Man Who Wanted To Fly. A brilliantly uplifting story of 80 year old Bobby Coote journey to achieve his dream of flying a plane. Whether or not he gets there I won’t spoil, but this is a story about brotherhood, community and never being too old for anything. It was a screening filled with laughs and joy, featuring a wonderful Q&A with Shouldice and his cinematographer who shared stories of the Coote brothers and the five year long journey to create the film.

My final day of the festival began with a double-bill exploring life in the aftermath of grief. First of which was Christian Einshøj’s Haunted, which we premiered online recently, to see the film on the big screen was a different experience however and elevated the space in the frame and the contemplative nature of the mother/son relationship. Secondly was Iain Cunningham’s BIFA nominated Irene’s Ghost, my favourite film of the festival, with an eerily similar narrative, this time about a son’s journey to learn more about his mother. It’s an incredibly personal story about mental health and tackling the skeletons in your family’s closet. A well deserved winner of Filmstock’s Best Feature Documentary award, if you catch one film I’ve mentioned in this article, make it this.

The festival then rounded off with an extended Q&A podcast recording with Mark Jenkin who talked extensively about his career, dating back to his first feature Golden Burn and his journey to the critically acclaimed Bait. I’ve been familiar with Jenkin’s work since studying in Cornwall and hearing him talk is always inspiring when it comes to creating outside of typical London-centric expectations placed upon artists.

I then rounded out the festival by catching closing film Lynn Shelton’s Sword of Trust, a great Coens-esque romp starring Marc Maron as a pawnshop owner who comes in possession of a sword which drives the local conspiracy theorists into a buying frenzy. It’s a hilarious film and to watch it on the big screen with a few beers and an audience that laughed loudly along was an utter joy, the perfect way to end a festival.

And that concluded Filmstock 12. It was clear from the after party that this was a much-welcomed return for Justin and Neil with many a local approaching them to thank them for bringing the festival back. The festival directors confirmed that Filmstock wouldn’t be coming back immediately next year, however, when the time feels right and the stars align, Filmstock will make its return once more. And I’ll be first in line to come back.