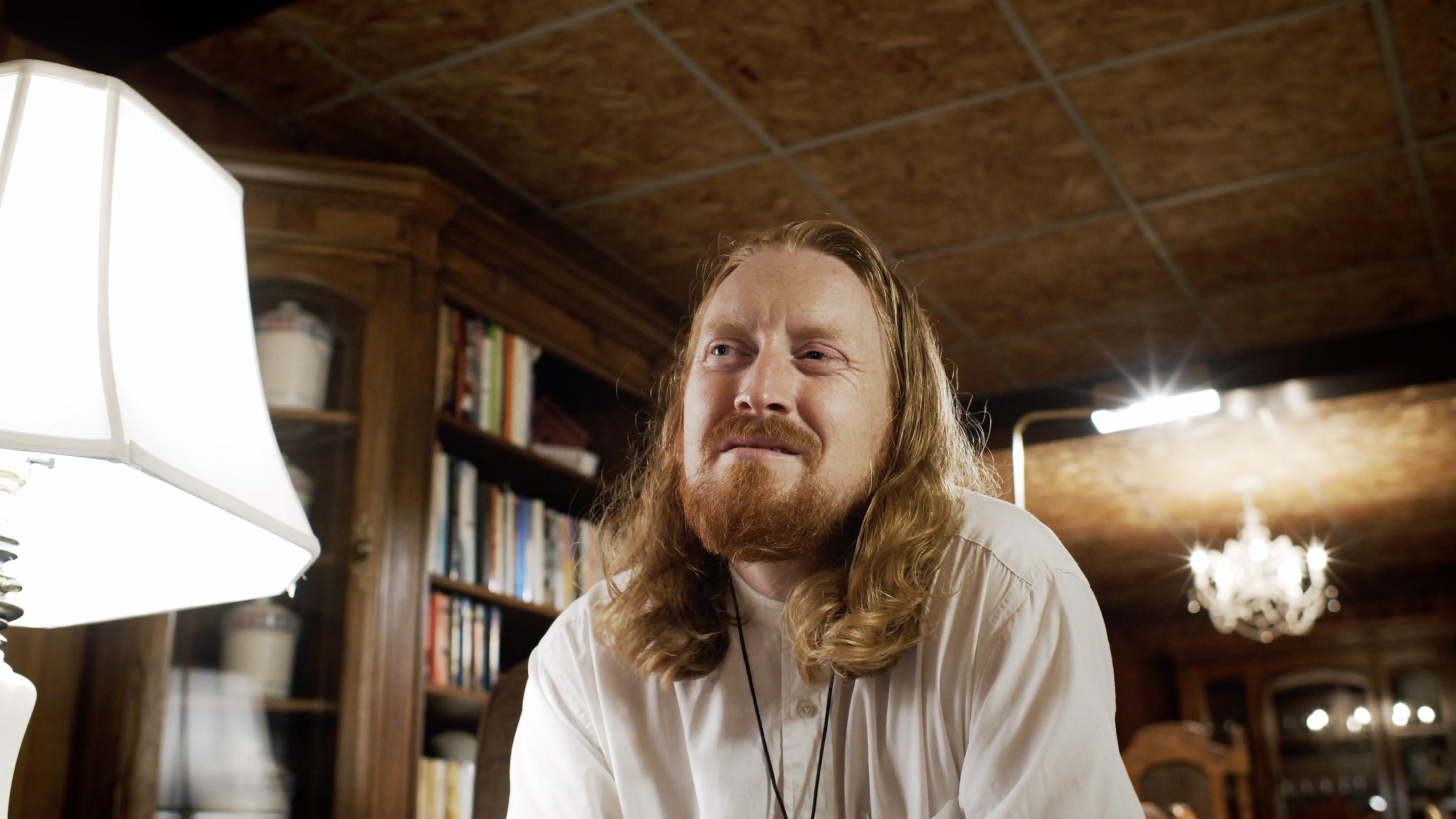 The thing about the afterlife is it’s eternal. Great if you’re surrounded by your loved ones in endless paradise, less so if you’re heading there with someone who constantly gets under your skin. In his comedy short Exit Statement, Ben Kitnick – who previously bore witness to the final days of Club Penguin in Waddle On – introduces us to a Y2K doomsday cult whose mass suicide plans fall into chaos when their leader decides the eternal aggravation of one of his followers is more than he can countenance. We asked Ben to tell us how improvisation was a key ingredient of this quirky cult comedy.

I thought of the idea years ago but originally imagined it as a feature (something I’d still like to do someday). Certain aspects of the larger story made for a fun short in its own right so I simplified. I’ve been in New York for three years and felt just established enough to secure a quality ensemble, so the timing was right to finally make it.

I wrote the script with my friend Wes Haney in mind for the cult leader. I worked with Wes on a previous film called Ghost Hunting and love his sensibility. From there I was lucky enough to cast some of my favorite improvisers in New York. I wanted people comfortable with improvisation so that the story felt lived-in.

We filmed during an incredibly chaotic week. I was in Haiti working on a documentary alongside my primary cinematographer and close friend Saxon Richardson. He’s LA-based so when he had a few days in New York post-Haiti, we decided to fit in Exit Statement. Sick and sleep deprived, we shot the film upstate over 24 delirious hours. It was just us, the cast, Sam Adelman on second camera, Boris Palacios doing sound, and two Blackmagic Pocket 4Ks.

I wanted people comfortable with improvisation so that the story felt lived-in.

There were hours of great improvised moments so editing the film was a challenge. We ended up on a cut that I think nicely balances the script’s main points with excellent improvisation.

Exit Statement is one of the many great projects shared with the Directors Notes Programmers through our submissions process. If you’d like to join them submit your film.