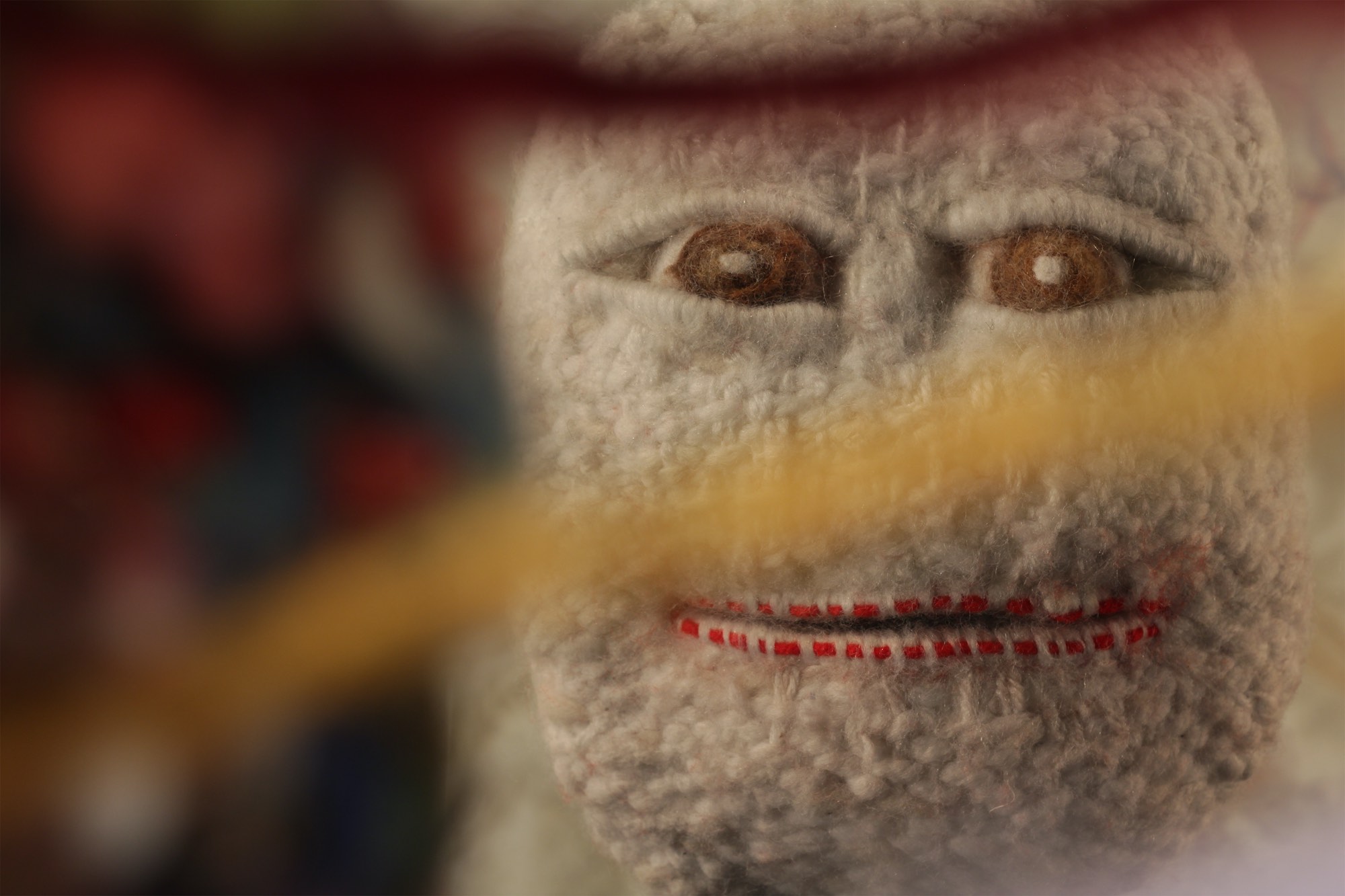 The Directing Animation course at the National Film and Television School in the UK has developed a reputation for producing some of the most impressive, prestigious animated shorts in recent years. Picking-up five BAFTA awards in the space of five years, the short films coming out the school come with a stamp of quality making them impossible to ignore. One of the short films cementing this reputation is Anushka Naanayakkara’s 2017 BAFTA winning film A Love Story – a short that manages to portray the emotional complexities of a relationship, in just over seven minutes. We spoke to Naanayakkara about her incredible film and why she chose to animate in wool.

At first A Love Story comes across as an abstract, experimental animation, but at its core is a universal tale of love and the complexities of a relationship. Where did the inspiration for the story come from and how did it progress into the final narrative we see on screen.

The story comes from a personal experience, but I worked very closely with the talented Elena Ruscombe-King to write the story. In the beginning, we wanted to deliver a positive message but as the story began to develop, we realised that each person’s experience is unique and that you can’t advise a certain way to deal with the situation as you make the best decision that you think is right at that moment.

When we first wrote the story it had a happy ending but during production things changed.

So we decided to just write a truthful story rather than focusing on a specific message. When we first wrote the story it had a happy ending, but during production things changed and I changed the way I felt and didn’t believe in the ending any more. So we re-wrote the ending during production, which I feel is truthful to that time.

You tell your story through two ethereal beings, both only heads, floating in a featureless world. Why did you pick these characters for your film and with such strange creatures at the centre of your film were you ever worried about losing the relatable feel of it?

Elena (screenwriter) and I are really good friends and she sometimes tells me that I need to be more brave with my storytelling. I think maybe it’s because these kind of topics were not talked about when I was growing up, but I found speaking through these fictional heads was easier to be truthful about how you feel. Also I did feel quite self-indulgent making a film about a personal experience, so it was nice taking it into a world where everyone on the team could contribute and be a part of.

Though only 7-minutes in length, A Love Story features some real emotional highs and lows, what were you hoping an audience would take away from a viewing of your film?

I think the film is a bit like Marmite. I have some people come up to me and say how it really spoke to them and then there are other people who say they don’t understand it at all. I remember Hayao Miyasaki saying in one of his documentaries that as filmmakers we always want to make a film that will change the world until you make it and realise the world is still the same/doesn’t change. I find this quote quite comforting.

With this strong, emotive storyline for your film, what made you opt for this wool stop-motion aesthetic to bring it to screen?

Deciding to go with wool was a gradual process. In the beginning, we had different materials we thought we could use like metal which seems quite strange now. But as the story developed and we started to visualise the world more clearly we realised that with wool you could create a whole visual language that could convey the emotions we wanted to portray.

A Love Story feels like it must have been a complex, time-consuming production, can you give us a little insight into the making of the film?

I think it’s difficult to make a film thinking of its success, as it’s out of your control. We wanted to make something that we could look back and be happy we worked on. When you’re at film school you’re quite spoilt for space, resources and talent. So we made the biggest multi-plane the school has made before.

All the hours of talking to the puppets in a dark room pays off.

The production took nearly a year. Each shot was time-consuming, with one of the shots taking around six weeks to figure out, but again this was also a luxury. It’s great when you’re looking at the problem with several other team members, standing around the multi-plane and discussing how to resolve it, then at the end you hit the play button and see the puppets come alive. All the hours of talking to the puppets in a dark room pays off.

Also, the cinematography team and production team spent weeks working together doing tests. We used around 24 lights on the multiplane.

Sound feels like it plays an important role in injecting the film with emotion, what instructions did you give your composer?

We had a few discussions to think about the role of the sound and the music. Initially, it felt quite daunting and exciting at the same time to try and solve it. I worked closely with both the composer Victor Hugo Fumagalli and sound designer Marcin Szumilaz. Once we figured out that the sound and music would act as a narrator – with the white character having a voice and the coloured character being a musical instrument and being a conversation between them – we then went through each of the scenes intricately talking about the emotions and colours, etc. I only emphasized on not using violins and piano as it seemed too heavy for the animation. They were a great, creative team to work with. The film was made during your studies at the NFTS, what role has your time at the school played in your filmmaking career?

I’m a self-taught animator so for me it has played a significant role in my career. I learnt a lot about story structure and working as a team at film school and also as I was working in stop-motion I could really make use of the resources there. I met all the team I work with now at film school and it’s really great to have such a network of talent to collaborate with and to ask for feedback and advice.

At the moment I’m in development on a promo for a charity in Sri-Lanka that works with domestic abuse victims. I went to Sri-Lanka early this year (2019) and had the chance to interview some lovely ladies who shared their tragic stories with me. It was quite an experience as I saw a different side to Sri-Lanka which I’ve not seen before, having lived there for a few years during my childhood. We hope to go into production in January 2020.