Chris A. Neal Weaves a Much Needed Modern Day Good Samaritan Story in ‘Today You, Tomorrow Me’

Finally heeding the call to make a passion project, Director Chris A. Neal (last seen on DN here) set off down the road of production on Today You, Tomorrow Me – a modern day Good Samaritan story which feels particularly resonant (and needed) for the polarized period we’re currently living through. Joining us on DN today, Neal explains how Today You, Tomorrow Me went from an inspiring internet comment to a sun chasing short film which challenges the concept of who we should consider as our neighbours.

Everybody in this industry I respect is always shouting, “make a passion project!” After reading Like Brothers by the Duplass brothers, I decided to take that advice seriously. I had about $10k set aside and decided to pull the trigger.

The story was inspired by an internet comment that blew up back in 2010. I had that comment saved and would regularly go back to it, and I’ve always wanted to bring it to life. I love the depth and brilliance of this ‘Good Samaritan’ style parable. It’s timeless, and it challenges the idea of ‘who is my neighbor?’ in both a convicting but inspiring way. It breathes life and desire to care for others in an authentic way because of the human spark over anything else.

I love the depth and brilliance of this ‘Good Samaritan’ style parable.

While writing, I wanted to dive deeper into the love thy neighbor theme. I wanted to mirror the family dynamic and also directly mirror the men themselves. They both are blue-collar, hard working guys. They both drive Ford trucks. Even their attitude and ‘machismo’ is similar. The score also rides this theme with the use of acoustic ‘blue collar’ guitar and the introduction of a similar yet different charango when the Mexican family arrives.

After I wrote the story, I synced up with Cameron Trejo (EP). He was awesome and helped bring a ton of amazing Arizona folks into the mix. We started nailing down crew, locations, and props. I started reaching out to DPs and JP Summers was one of the first ones I emailed. He called me 20 minutes after I sent the email with a treatment. I immediately liked his personality and vision for the project and was stoked to have him in. 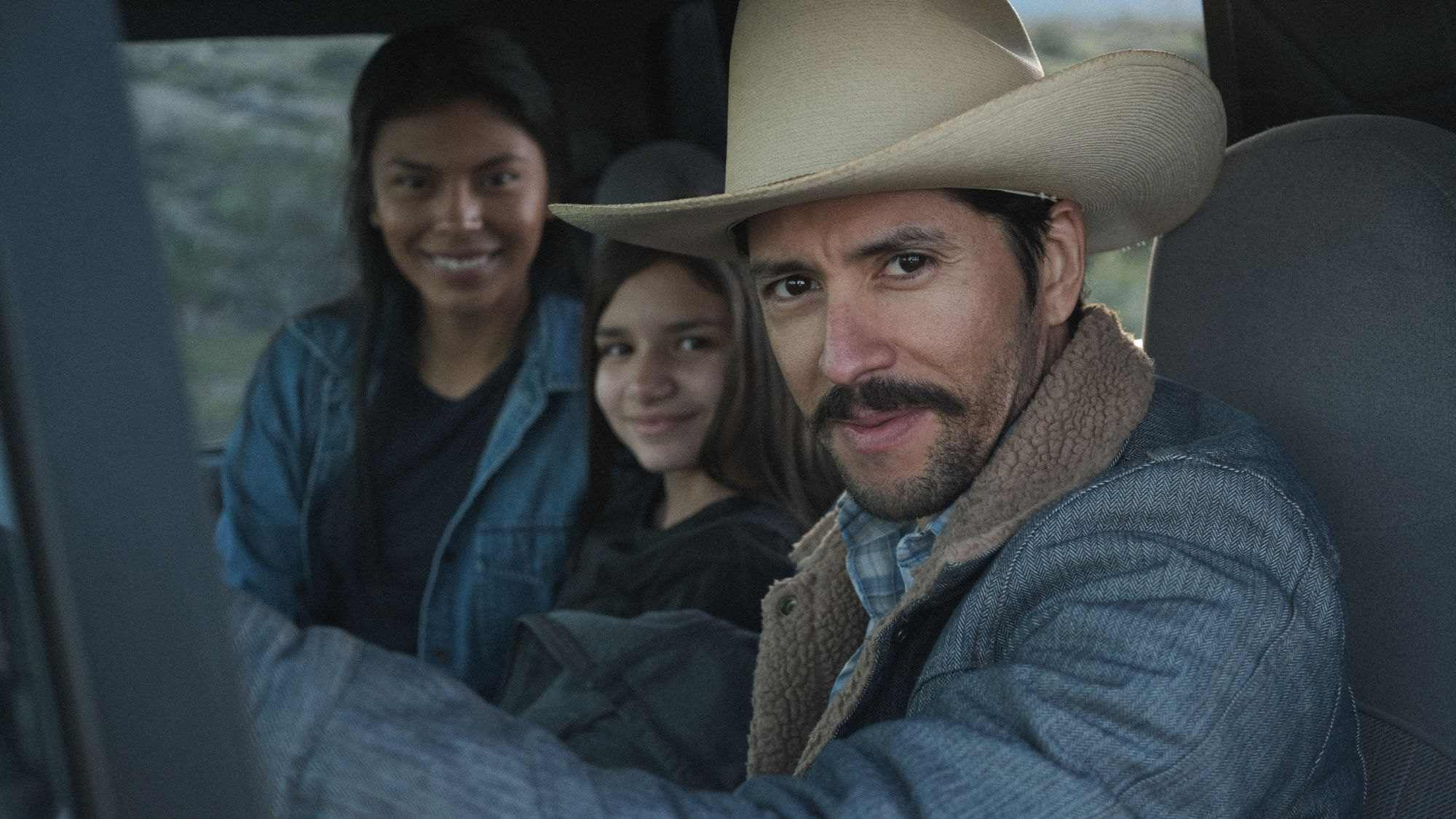 Casting was initially difficult (finding a cohesive family is tough). I found Elizabeth Selby (the mother) first, she was amazing. After reaching out everywhere, I finally stumbled across Christopher Bustos (the father) on Instagram. His read was incredible. Last, finding a little girl that spoke fluent Spanish was really hard. I finally found Andrea Carranza (Maria), through a friend’s younger sister. She had no acting experience, but she was incredible and did such an amazing job on her first film. Alex House (Mark) and I worked on making her feel comfortable. We even did a few takes where I would call cut, I would ‘take a break,’ but the crew would keep rolling and let Andrea and Alex just chat and interact.

During production, we shot over 3-days at a McDowell Park just north of Phoenix. The film was shot on an Alexa Mini with Cooke Anamorphics using only natural light. We had a sprinter van and used grip gear (bounce, silk, mirror board, neg) to shape. We framed the days around the sun. We shot the first 4-minutes during the hot part of the day, then we only had about 3 hours each afternoon to get the family interactions. Chasing the sun was one of the toughest things. Once the sun set behind the mountain, we were done for the day and couldn’t capture anything else. JP did an amazing job getting coverage and working fast. He was moving around like a mad man using every second to capture moments in perfect light. [Neal goes into exhaustive depth about the shoot’s equipment set up in his article Behind the Gear: Today You, Tomorrow Me]

Post-production took about 6-months. It was definitely a passion project, so folks were pitching in and working in-between commercial jobs (myself included). I ended up writing the score myself, which was fun but also took some time (helped me save on budget though).

All in all, this project stretched me more than anything else I’ve done in life. It took about a year from concept to completion and was primarily self-funded (folks have pitched in time and money to help). When you spend that much time, energy, and money on something it’s always nervy to share it with the world.

I decided to release it online because I honestly want to move into the next project (while still submitting to fests that allow online). I didn’t want to spend another year with this film hidden away (also since the comment started online).

This project stretched me more than anything else I’ve done in life.

The reaction to the film has been amazing so far. I showcased it at BBDO’s Regielounge in Germany and people online are loving it. Something I really appreciate is the reaction from non-filmmakers. I get caught up trying to impress that small indie filmmaker crowd at times. But honestly, this project has reinforced that I’d rather make films for the everyday person. Films that explore simple, human, and powerful themes. I’ve still got a long way to go, but I think Today You, Tomorrow Me is a step in the right direction.