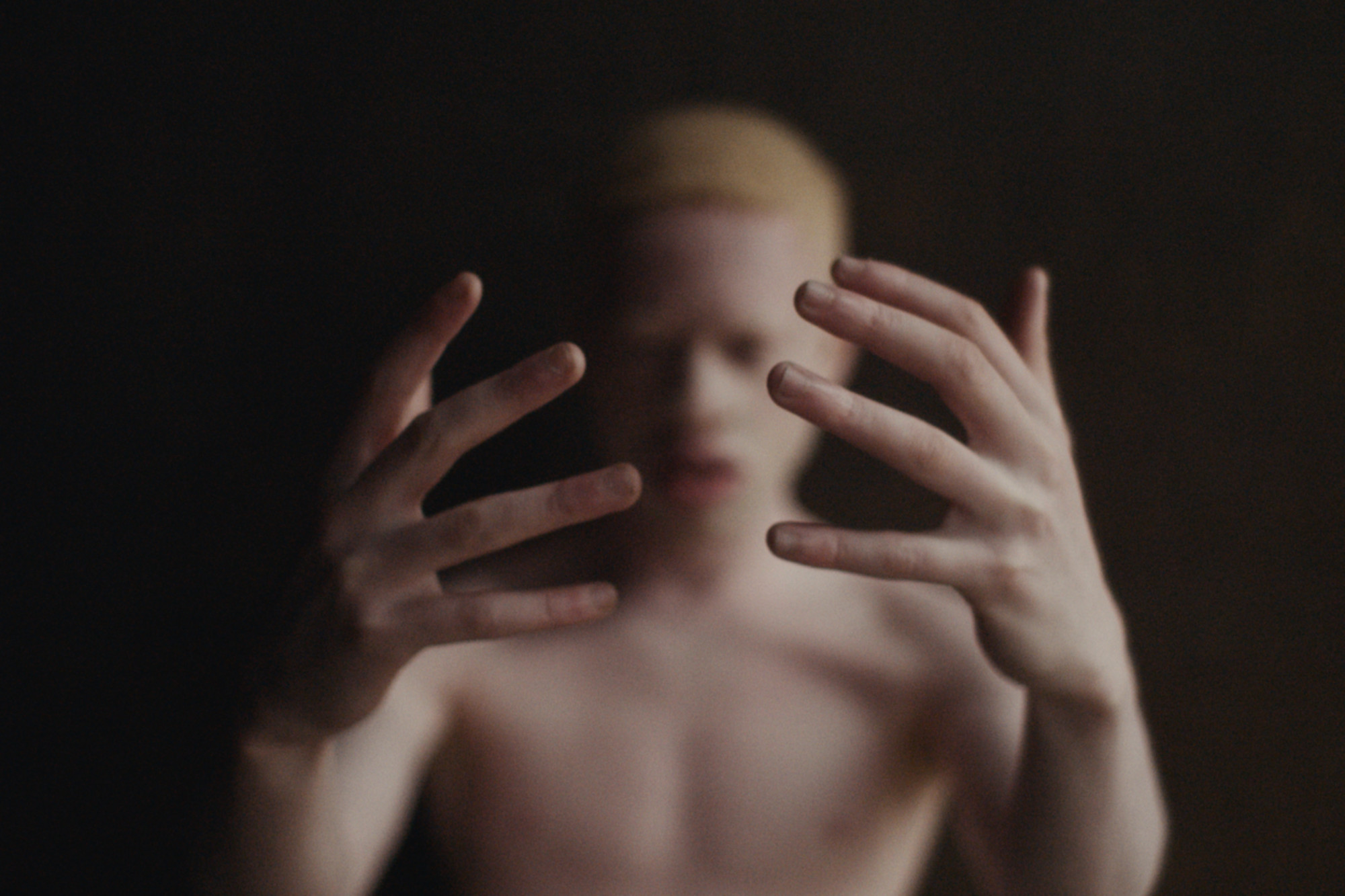 Recasting the maligned serpent from the Book of Genesis as a positive force for self-change rather than a deceptive tempter leading us down the road of ruination, Walter Stoehr’s stunning My Kingdom Come tells the story of a resilient basketball player who has to break free of the shackles of self-doubt to achieve his goal. We invited Stoehr to shed some light on the creation of this visually sublime mix of biblical iconography, arresting architecture and dynamic sound.

Approximately two years ago I listened to an old recording of a speech philosopher Alan Watts was giving. I was struck by the way he used the story of creation to bring his point across. He argued that we are always passing the buck. Of all characters in the story, only the serpent stood its ground and did not give in to blaming someone else for its actions in the face of impending punishment. That resonated with me and the connection to sports was made immediately.

In addition to that, I vaguely remembered that in John Milton‘s opus Paradise Lost Satan, who later – as the serpent – plays a role in Adam and Eve‘s fall from grace, is the protagonist of the story. Due to the way Milton tells this story you kind of empathize with him. Of course, his deeds are far from admirable but he fights to improve his situation in the face of great adversity. It‘s a fascinating story and I wanted to translate that into a short film about overpowering circumstances the protagonist has to cope with. I wanted it to take place in the bleakest of environments and have Boris, the protagonist, rise, overcome his fears, leave the past behind and bring his own personal paradise into being.

In order to do this, I wrote a script while I simultaneously started designing the world. I wanted Boris to inhabit the utmost uninviting place you can imagine. Bleak concrete walls, no plants or greenery at all. No sunshine, no birds, no sky, no way out. A prison where the only escape would be pursuing his passion: playing basketball. I knew from the beginning that I wanted to feature the key ingredients of the story of Genesis and have those elements translated into the world of the film.

I wrote a script while I simultaneously started designing the world.

The snakes were used as an extrinsic device to get Boris to (re)act. He is the only one who ‘sees’ the animals, and every time they appear he does something that brings him closer to his goal to play basketball and stand up to the players who bullied him before. Through the voice over and his transformation in the end, we understand that Boris is presented as the equivalent to the serpent in Genesis. The snakes that appeared were always part of him. He is the one who consciously or unconsciously pushed himself to achieve his goal.

As I was designing the film, I already knew I wanted the protagonist Boris to inhabit the bleakest of environments. His surroundings had to transport the feeling of imprisonment and a lack of perspective. It also had to be as far as possible from how we commonly envision a Garden of Eden. Keeping that in mind I went out to find locations that were stark in design and brutal in appearance. At the same time, I wanted to establish the color red as I wanted to incorporate certain elements featured in the book of Genesis which is quoted in the film. Red apples and Boris’ red basketball were of the same color as the staircase we found as a location. All we had to do is marry the two elements – the staircase and the concrete landscape – in postproduction in order to create one coherent and believable world for our characters to exist in so we had to plan for that. At this point preproduction started. Approximately three months before the three-day shoot.

Production company Simon&Paul out of Hamburg got involved and I was working closely with the Production Designer Ann-Kristin Buettner and my DOP Khalid Mohtaseb to bring my vision to life. I was extremely fortunate to have Khalid on board. Early on we discussed our visual approach. We wanted the images to be simplistic and decided on finding beauty in minimalism. The color palette would be a reduced one but featuring the strong red I mentioned before. Khalid brought his unique style to this project and was an integral part of bringing this idea to life.

I am fascinated by golden era matte paintings. Those were pieces of art in their own right. As the techniques evolved matte painters began using digital tools. Nowadays it is common to create set extensions with 3d elements. I myself use 2d photobashing in order to achieve photorealism in my matte paintings. I try to incorporate digital painting techniques as much as possible in the workflow in order to preserve a subtle painterly quality without compromising on believability.

On My Kingdom Come I went for realism with that little touch of surrealism. That was a fine line to walk as I was trying to give the audience something they have never seen before and at the same time present an environment they can believe exists somewhere. In the end we introduced camera movement to some of the paintings. VFX artist Lukas Kunzmann projected the 2d layers on simple 3d geometry in order to mimic zooms, camera shakes or dolly moves.

Casting was a difficult task. I had to find the right personalities for the film, always trying to keep in mind their equivalents from Genesis. The female lead, for example, had to both embody the perplexed girlfriend who is left alone in the bathtub because her boyfriend is drawn to the basketball court and at the same time be representative of a wrathful God who lost control over one of his angels who plots his comeback from hell.

Time constraints, logistic difficulties and challenging locations made it an absolute necessity to come prepared.

The challenges on this film were manifold. We were on a tight budget and had only three shooting days on locations that were very far apart. We had live animals on set and naturally their well-being and the performers‘ safety came first. Time constraints, logistic difficulties and challenging locations made it an absolute necessity to come prepared.

In the end, we pushed through and were able to get all the shots we needed using a multitude of cameras such as the Sony Venice (as A-Cam) and Arri Alexas (As B-Cam and on the drone). Joseph Bicknell of Company 3 fused it all together brilliantly in the grade. Final touches were made at the Berlin sound studios of Ginger x MassiveMusic. They provided music and sound design that draws inspiration from many different cultures. Having had the chance to gather that kind of creative talent and guide their work towards the final outcome has been a privilege I deeply cherish.

My Kingdom Come is one of the many great projects shared with the Directors Notes Programmers through our submissions process. If you’d like to join them submit your film.