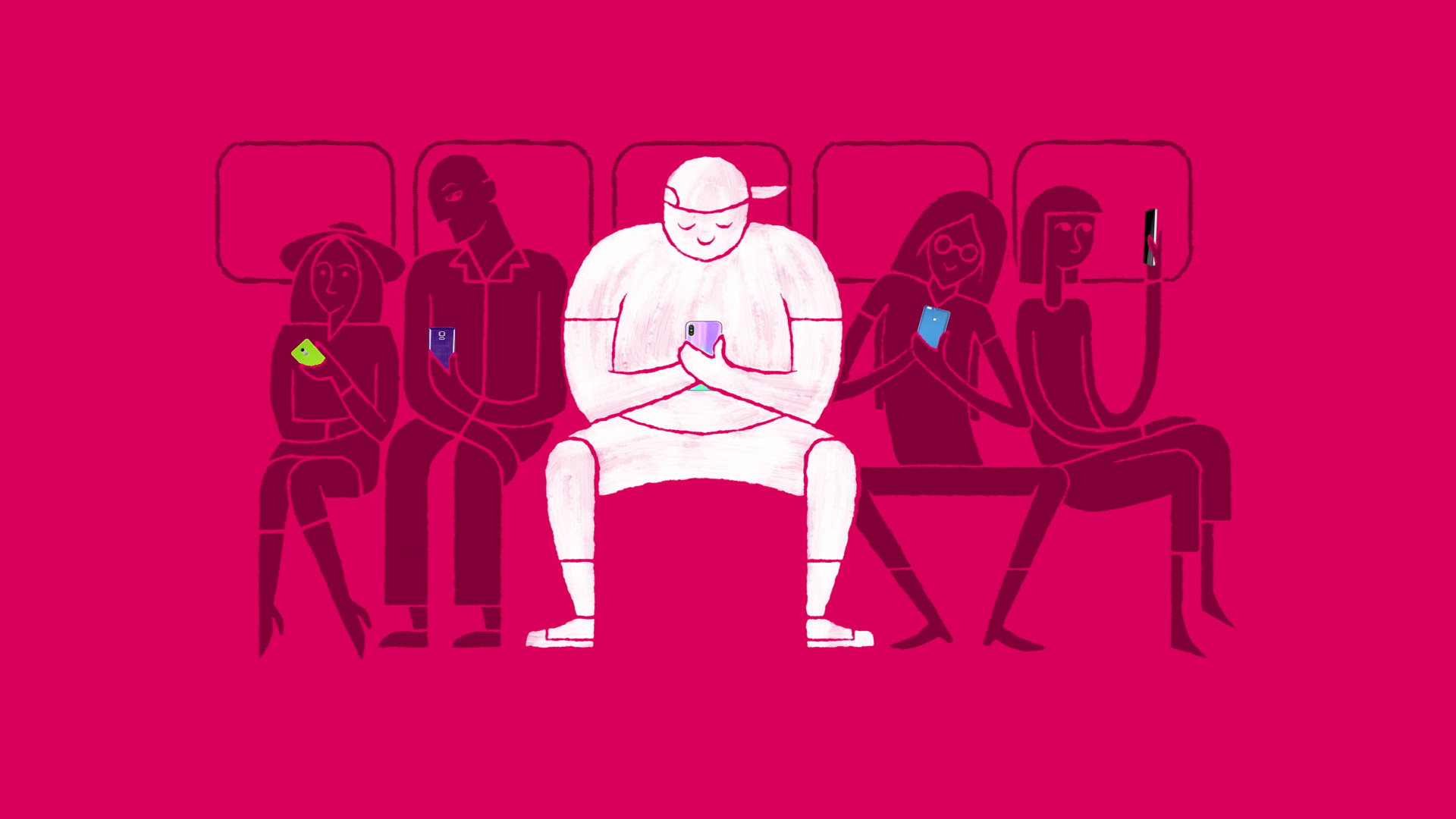 Returning to Directors Notes, over five years since we last featured him with his award-winning short film Sausage, friend of the site Robert Grieves is back with a stunning new explainer video, looking to stimulate a little discussion around climate change issues. A three-minute film, brimming with big ideas, Grieves has teamed up with Paras Chopra (Founder and Chairman of Wingify) and Sydney motion studio Substance with the simple goal of creating a trilogy of films which share ideas and foster debate.

I’m always interested in how filmmakers become attached to projects like these – can you start by explaining how you first became involved in The Discourse Trilogy?

I was approached directly by a tech entrepreneur, who combined original ideas with the genuine desire to do good. His name’s Paras Chopra, and he’s been writing his unique perspective as a blog, and was excited by how animation could bring his words to life. And to a new audience!

The collaboration went so well that we decided to create a trilogy.

He liked the heart shown in my short films, but also my commercial experience to back it up. We immediately hit it off, bouncing ideas back and forth, both philosophically but also logistically, as whatever films we made had to work in the real world. After our first film, the collaboration went so well that we decided to create a trilogy.

As director, you were challenged in bringing some pretty huge ideas to life, in just 3 & a half minutes, how did you begin the process of translating these concepts to screen?

To be honest, translating a written idea into the right visual is always a challenge. The storyboarding phase of the project was the most mentally challenging by far, as this is where all the big ideas happen. And although some scripts offer more challenges than others, it’s also the case that some scripts inspire higher standards.

I knew this would be a landmark project for me.

So with this script, I not only had complicated ideas to visualise, but I pushed extra hard for the perfect visual. TBH, I’ve never spent as long on a set of storyboards as these, but from those early sketches, I knew this would be a landmark project for me.

Visually, Disorder feels like a bit of a departure from your previous work. It still features your trademark hand-crafted 2D animation, but now it’s blended with some impressive photo-real 3D work from Substance. Why did you decide to include these elements into the film and what do you think they add to the piece?

That’s a nice question to have to answer. Even from those early boards, I knew I couldn’t achieve what we wanted with 2D. But there was no way the budget would stretch to a 3-minute fully 3D extravaganza. So I toyed with various ways to mix 2D and 3D in the same film, maybe dividing up the scenes between different styles or artists. I then built a design that mixes 2D & 3D together, in a deliberately un-harmonious way. I immediately knew I’d found the look.

The writer, Paras, was even more excited than I was, but had no idea how we were going to pull it off. I’m not sure I did either! The solution came in the form of Scott Geersen, from Substance, as once I knew he was on-board, well, how can it not look amazing, right!

Is combining 2D & 3D something you’d like to explore further in the future?

Hell yeah! I’ve already started on a new short film for TEDx Sydney, that will take this mixed media approach to the next level. I’m certainly hoping it’s just a start of this approach for me. In fact, it’s a swing you’ll see across animation and motion design this year, with lots more 2D/3D hybrid projects, for a whole bunch of technical and creative reasons. Exciting times!

One of the things I’m always impressed with in these “explainer” animations, is the creativity in bringing some of the ideas to screen,. visually. Disorder does this particular well – can you provide us with insight into how you thought up some of the scenarios, were there any that came to you straight away or some that took a lot of work?

As I said, nearly all this happens in the storyboard phase. The first pass of which is a tricky balance, as you need to fill the timeline with a ton of ideas that excite you, while being ready to drop them at any moment. This is because it might be a great idea in isolation, but doesn’t quite work in the flow of the edit. Or of course, it’s an idea that makes perfect sense to you, but doesn’t sit right for the writer or client.

With Disorder, the writer was blown away by the first round of storyboards, but we still had around 30% to change, for various reasons. Much of the 70% that worked well first time, came very naturally. However, the ideas that need changing often take a lot more work, as these are mostly the ideas that just don’t visualise too well. With every such project, there’s one idea that kind of doesn’t work. You just have to live with it, and hope that everyone focuses on the ones that do work.

Despite covering some pretty heavy subjects, there’s an undercurrent of humour running through the film, how important do you think this is in the success of the piece?

You want humour in everything you make! It keeps the audience happy. It keeps you happy. Exactly what kind of humour, well that’s are very nuanced thing, and always needs to relate to the project. But whatever your tone, it essentially comes down to showing the audience you don’t take yourself too seriously. This is not just my self-effacing Englishness, it’s important to show the audience you are fallible, not made of stone. And of course, the heavier the topic, the more we all need light relief!

What can we expect from the rest of the film in the trilogy?

Our three films make up The Discourse Trilogy. This includes Disorder, Dispute and Dispel, which all tackle climate change in 3 very different ways, even a quiz.

Once viewers have been inspired by the films, they’ll be offered easy ways for further learning and debate. It’s just the start of a much larger non-commercial project, Wingify.earth.

I know from our email exchanges, you’ve just become a father again (congrats) and we discussed how your work has changed over the decades and your passion for your craft is always so evident…so what can we expect from you in the future?

I should mention that my infant daughter is currently on my lap, while I use Apple’s dictation tool. Funnily, as my baby cries, Apple tried to translate her sounds.

But back to your question… It’s lovely to hear that my passion comes through. I won’t pretend that’s 100% consistent however, as it’s almost like life designs some lulls into your energy, to allow for the passion to bubble up again.

And it’s bubbling right now, as these films have filled me with passion for two very good reasons… I simply loved collaborating with this team, obviously with Paras as writer, but also the artists, composers and actors. And because the scripts that Paras gives me are filled with the truest desire for a better world. I’ve never worked in a more creative and heartfelt project as wingify.earth. So, what can you expect from me in future? Hopefully more of these very films…

Directors Notes is honoured to present the premiere of Disorder on our pages today. If you would like to join the filmmakers sporting a fetching DN Premiere Laurel, submit your film now.