Shine Your Eyes Cidade Pássaro is the debut fiction film from documentarian Matias Mariani. Telling the story of a Nigerian man who travels to São Paulo to find his brother, it is a gorgeously shot exploration of immigrant identity that tackles everything from finding a formula to solve horse racing betting to finding oneself adrift in a new city. Premiering in the Panorama section of the Berlinale, it is one of the best Brazilian films at the festival. We sat down with the director to learn how the film came about.

What inspired you to tell this story?

When I was younger, I lived outside of Brazil for five years. That was a very impactful experience. I reflected a lot on feeling very lonely but very empowered at the same time; that kind of weird situation you have when you don’t know many people. I always wanted to do a film about that experience. And when I was away, I missed São Paulo a lot. It was a city I had a very strong emotional connection to so I thought about putting these two things together and doing a film about a foreigner in São Paulo.

My script collaborator Maíra Bühler and I researched what possibilities we had in terms of communities that were just coming to São Paulo at that point. We came across the African community that was growing in São Paulo. We had this really good idea. We put posters up for free Portuguese lessons. There’s this cultural centre right by where they usually are. We rented a room and on the first day it was already packed with people. We did the class every day and would sit afterwards and have conversations. From these contacts, we flew to Nigeria to meet the people they knew: parents, wives, stuff like that.

So that’s where it all started. In Lagos I had a conversation with a guy who told me about a time when he was in London. He met a guy who would go to all the betting places in London with his little notebook. He was trying to find a way to solve horse racing betting. He was very obsessed with this and sometimes he won and sometimes he didn’t. That was the beginning.

This is downtown São Paulo. São Paulo is a really big city. It has a lot of very different neighbourhoods. It can be a very rich city, a very poor city, it depends. Downtown is where the city was born and grew a lot during the coffee era of the Brazilian economy. A lot of the big farms were around this area, so they built huge buildings around the beginning of the 20th century. But from the 60s, other centres of the city opened and the downtown changed. It started to have a very peculiar population. The buildings were empty and a lot of people would occupy the buildings. Foreigners would come with no place to stay and look for a place. It became a centre for whatever the society didn’t want to look at. As a result, it became extremely interesting both politically and aesthetically.

São Paulo is a weird place. We like to think of ourselves as a city of immigrants like New York. We like to mythologise those people — the Portuguese, Italians, Spanish and Japanese, and the immigration that happened in the 50s — but we want to believe as a city that it’s over: “Now we’re all Paulistas, now we’re all the same”. It’s not like New York which constantly sees itself as changing and evolving. I think a lot it comes from xenophobia because the newest arrivals are Bolivians, Africans or Haitians; people who Paulistas don’t feel comfortable talking about or dealing with. It has a small infrastructure to receive recent immigration. One of the organisations are in the film, but very few receive you if you come to the city with no money. That’s an area I thought was interesting to explore.

You’re telling a story about Nigerian immigrants, but you’re a white man. What did you do to make sure that the story was authentic?

I have a peculiar way of working. I did it in this film and I want to continue doing it. I like to write with a lot of people together; almost like a writing room scenario. We get together, talk, go home and write a little bit. I feel very energised by that kind of atmosphere. One thing we did which I thought was important was to get a Nigerian writer — Chika Anadu. She was extremely important in order to get the characters right and to understand the political and cultural context of where those people come from. She also wrote the dialogue in Igbo. We had had this other writer called Chioma Thompson who is also Igbo and studies Odinani, the Igbo religion. She contributed a lot to the religious aspects of the movie.

I’m not Nigerian. I’m also not a Black Brazilian. Francine Barbosa, this amazing writer from São Paulo, rewrote Emilia’s character from scratch after I tried something that didn’t really work out. She picked it up for me and made her whole. I think if you’re in São Paulo and you’re white like I am, you have an extremely different experience of the city than if you’re a black Brazilian and even more so if you are Nigerian. They are all completely different things, so I think it’s very important to have that.

We also had a very diverse crew when we were shooting. We made sure to have either Nigerians or Black Brazilians in all the heads of crew. There’s a political connotation to it, but the more important part is that it makes the film better. It makes the story more diverse and interesting. There was an artistic reason to make that happen. 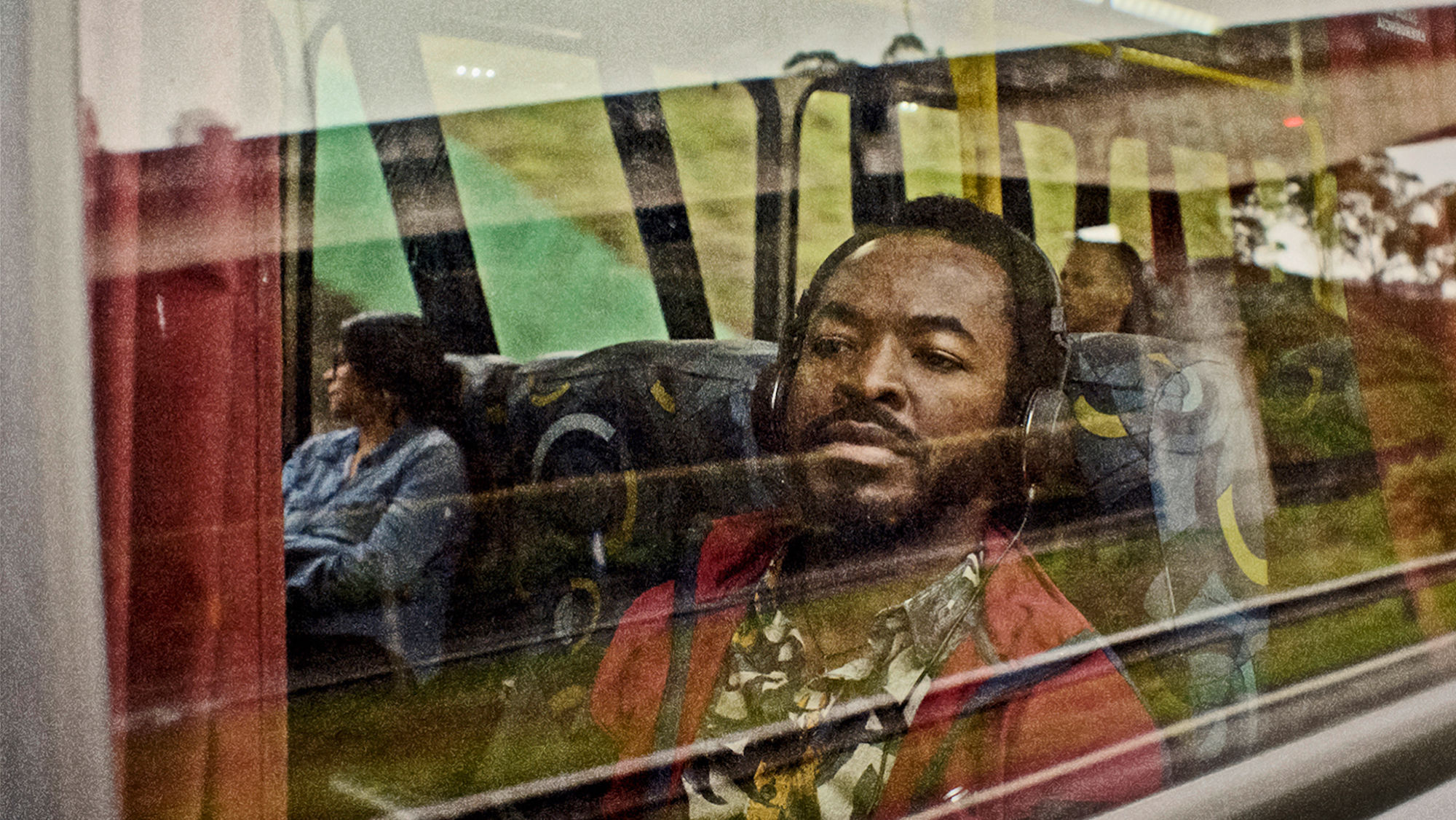 There are really beautiful locations in the film that fit really well with the characters. How much location scouting was involved to create these amazing landscapes?

It’s kind of the other way around for me. It’s kind of been this way for a while. This is my first fiction film but I also did some documentaries. I go around São Paulo and see a certain place and I think: “Wow, I need to shoot here”. I don’t have the scene, I don’t have anything, I just feel like this is the place where I want to shoot. When I work on the script I think about how to do it. I used to date this girl whose grandmother would love to bet on horses. We would go there together and bet every Sunday. I needed to find an excuse to use this location.

It wasn’t so much about location scouting in that sense. I had most of the locations already. But there was one thing that was particularly difficult and that was to create the correct geography. Location scouting came in to place then as I wanted it to be realistic for someone in São Paulo watching it. For example, we’d go to apartments and not quite get the right perspective. I was a bit obsessive to make sure a guy from Sao Paolo would feel that it was right.

I sensed some science fiction influences too, for example Blade Runner, Akira or Ghost in the Shell. Did these films influence Shine Your Eyes’ look?

Yes, it’s a big influence. When I was like fourteen, fifteen, my father had this collection of all the sci-fi classics. This was my first literary passion. Philip K. Dick, Isaac Asimov, all these guys. I’ve read them so much and I think that it really impressed upon me what I wanted to do in terms of film. So I think print sci-fi is particularly present too.

But I always really liked how these anime films deal with cities, how they are able to construct urban scenery in a way I don’t see in other mediums. Ghost In The Shell for example; the animation is amazing in how much it can express through cities.

How did you find the cast?

A lot of people came to the conclusion that since this is an immigrant story that they’re all non-professional actors. Lots of journalists are saying that. But it’s the opposite. I really like working with actors that are classically trained. As this is my first feature as a fiction filmmaker, I wanted it to be in good hands.

Trying to find a common language was difficult, but it was a fun challenge.

We did a casting call in London, USA and Nigeria. We didn’t have money to fly to these places but we received a lot of videotapes and self-tests. And that’s how we found OC Ukeje and Chukwudi Iwuji. OC is quite a famous actor in Nigeria. He’s a really well-known celebrity. People say he can’t walk outside. It was amazing to work with him because he’s such a dedicated actor.

Chukwudi is almost the opposite because he made his career in London, and he’s a classically trained thespian. He was part of the Royal Shakespeare Academy and played all the major Shakespearian roles. He was the total opposite. And then Indira Nascimento is an amazing actress from Brazil and also a theatre actress.

Nollywood, Shakespearian theatre and Brazilian theatre all have different modes of expression. Was it hard to find a tone that works throughout the film?

My main job was to achieve that common tone. Although OC is originally a Nollywood actor, he understood very quickly that this is a realistic film and adapted very well. The major issue is that Indira doesn’t speak any English. So Indira and OC didn’t have a language in common. We did a lot of rehearsals just us three just to get that flow going and for them to feel at ease. Trying to find a common language was difficult, but it was a fun challenge.

You can read all of our Berlinale coverage here. The Berlin Film Festival runs from 20th February to March 1st. Learn more about the event at berlinale.de.