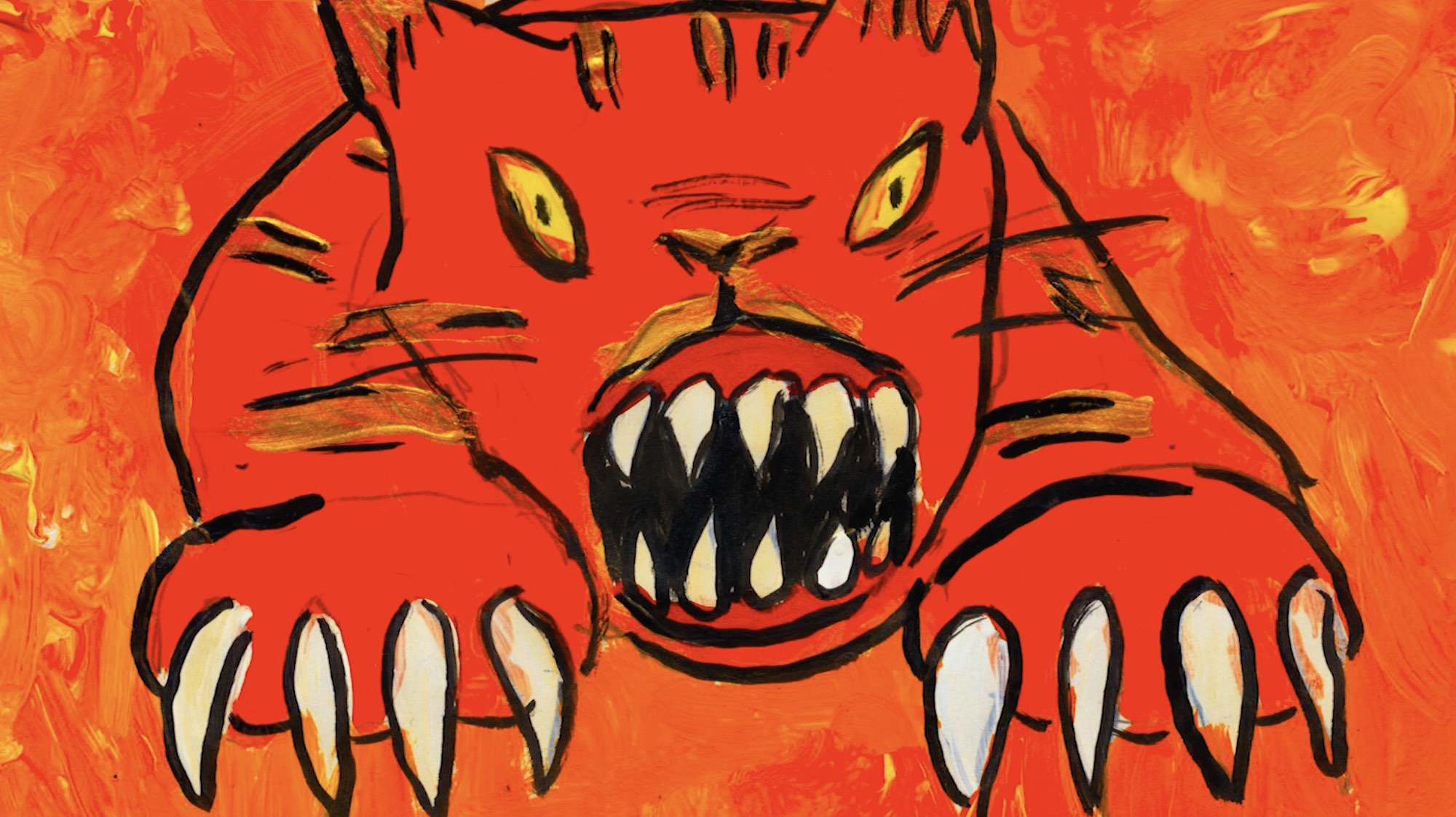 If you follow my work on Directors Notes or Short of the Week, you’ll know I always keep a close eye on the animation work coming out of the Royal College of Art. Looking for killer shorts and burgeoning talent, over the years we’ve seen a cascade of exciting new filmmakers emerge from the school and recent graduate Jenny Jokela is one we’re keeping a close eye on. Her final film Barbeque was a haunting hand-painted exploration of coping with post traumatic stress disorder that we’ve found impossible to shake, so when Jenny sent over her latest short Live a Little, we jumped at the chance to talk to her about her work.

Live a Little is based on the words of Celia Hillo, how did that collaboration come about?

Celia and I had wanted to collaborate for a long time and she wrote the text specifically for the film. We’ve been close friends since we met in high school, and supported each other during those sometimes turbulent years in your late teens/early twenties when you’re technically an adult but you’re still figuring out who you are and what you want.

The film could in certain aspects be seen as a love letter to our friendship.

I think we both struggled with feelings of not fitting in and feeling socially claustrophobic in our hometown Helsinki (Finland), where it at the time felt like everyone knew everyone and it could feel hard to be accepted as you were. Over the years we’ve talked and made fun about our old anxieties, and thought it could be funny to turn our experiences into a short animation. The film could in certain aspects be seen as a love letter to our friendship.

The film is told from the perspective of the narrator, what made you want to adopt this PoV and present things from her viewpoint?

I was interested in capturing the difference between inner dialogue and perceptions versus how the person is actually coming across from other people’s point of view. In her head the character is hyping herself up and calling herself a phoenix rising from the ashes, whilst we visually see her feeling sick in a toilet and making some people uncomfortable. In the film I wanted to capture the feeling of going out feeling like the queen of the world, but then, as the night goes on, everything gradually turning messier, grittier and out of control.

The black and white parts represent the reality.

Apart from when we are outside of the club, the only fully coloured bits are when we are inside of the character’s mind, whereas the black and white parts represent the reality. The only point where the point of view of the character breaks is in the toilet scene where it’s spinning around, which is because she’s very drunk at this point and feeling outside of her body.

The film centres around the patriarchal society’s views on how a young woman should behave and the struggles that come with this, what kind of take-away are you hoping a viewer leaves a viewing of Live a Little with?

When Celia was about to start writing the text we had talks about what the character should be like, and we both felt strongly for having a female lead who isn’t necessarily likeable or perfect in any way, but who doesn’t need anyone else to lift herself up. I’d say the core of the film is about that moment when you grow up and you fully realize that other people’s opinions of you don’t matter, as long as you learn to love and stand up for yourself.

Visually, I notice similarities with the aesthetic of this film and your previous short Barbeque – was this created with the same animation techniques and could you provide us with some insight into your production (budget, tools, time, etc.)?

I made the film a few months after finishing Barbeque. I think I tend to use my short films as a form of self-therapy – Barbeque was about more serious topic dealing with coping with trauma from sexual assault, and I partly made it because it was a way for me to express for myself thoughts and feelings I found too difficult to talk about. I was really fortunate for the film to have a great festival run and response, but it also meant I spent the following year suddenly speaking very openly and publicly about something very private and quite heavy, so at times it could feel quite draining.

I was therefore quite fast at applying for funding for Live a Little, as I felt I needed to make a more light-hearted film as a way to get recharged. You can definitely still see in the film it’s made closely after Barbeque because the animation technique and aesthetic is very similar, whereas I now animate a bit differently. Live a Little is drawn with pencil on paper and then painted with acrylic paint. I didn’t use animatics but made a series of style frames and little gifs (some of them ended up in the final film, others not) that I then put on a timeline. I added some sound effects to the voiceover to remind myself of what feeling we’re going for and used that as a guide whilst animating.

Celia and I applied for funding from Kulturfonden, a fund in Finland that gives grants to people who are part of Finland’s Swedish speaking minority, to which both of us belong. We still only had 3000€ for the animation so I was only able to work on the animation full time for about 2 months and then finish it part time. All together it took me about 4 months to get the animation done.

The narrative and aesthetic feel like a perfect match, did you envision the film would look like this straight away or did you toy with other looks/feels?

As mentioned above part of my process is making little gifs that I do in order to figure out the feel and look of the film. Early on I had one slightly longer clip that I myself really liked, where the characters were more surreal and less human-like. Because I wanted the intensity of the night to escalate throughout the film I didn’t end up using the clip because the characters would have given the impression of a drug-fueled party from the very first second. Also, the difference between reality and fantasy would have become harder to pick up on.

I had a really great time at the RCA – I had done my BA in Fashion Promotion and Imaging (UCA Epsom), so prior to attending the RCA my animation skills were fully self-taught. Before RCA I was part time self-employed doing a lot of collage based animation – I think my degree in promotion helped me in knowing how to get clients, but I often felt like a fraud because I was figuring out how to animate as I was going along and lacked confidence in my work. At the RCA I learnt to do drawn animation and about different types of visual storytelling. Learning to do drawn animation has drastically help me expand my practice and made me start doing short films on the side.

Since graduating in 2017 I’ve been able to work full time as self-employed. I do a lot of commissioned animation that partly funds my own short film projects. I also direct and animate a children’s mini TV show called Hoppsorna for Finnish broadcaster YLE, we just finished the first season. I’m currently in the process of pitching and finding funding for my new short film Lemonade.

Where should our readers to go to find out more about you and your work?