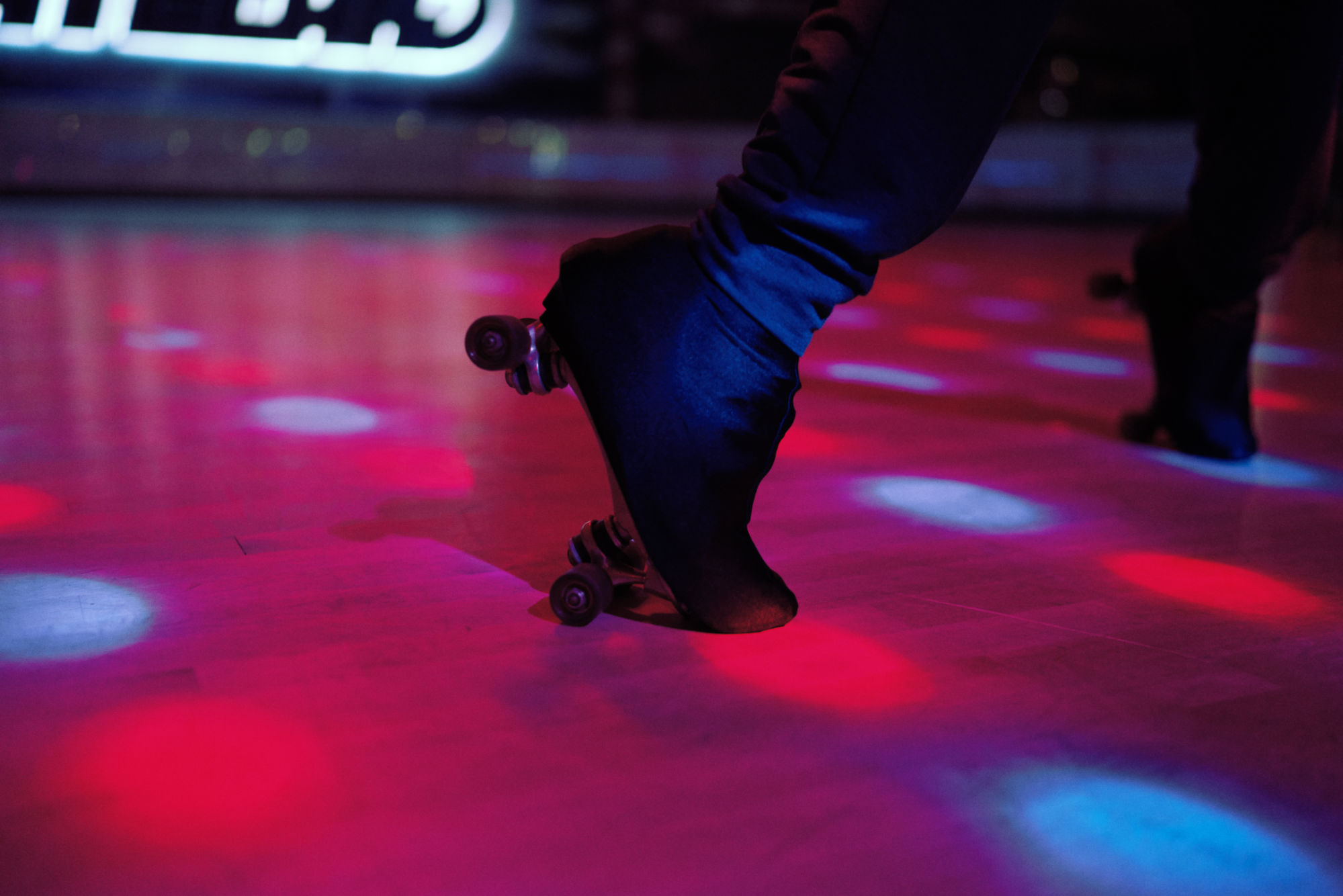 Last year we had the pleasure of featuring filmmaker Nina Meredith’s candid portrait piece Friendly Ghosts and so were eager to see the results of her latest short The Legacy Rides On, an exploration into the intersectionality of African-American culture and history within the LA skate scene. Impressed, we caught up with Meredith to discover how this intimate and poetic portrait of iconic LA-based roller skater Quest Love came into being.

For the African-American community, roller skating is more than just a weekend activity—it’s an entire culture. Its rinks act as a meeting place where music, community, and even civil rights once came together. In this episode of The Shape Shift—an original series from #BESE and #Smartwater that explores the intersection of sports, culture, and history—we meet Quest Love, a professional roller skater who is both preserving the sport’s history, and taking it to a whole other level.

How did the commission from BESE come your way and how much leeway did you have with the brief?

I was asked to pitch on a six-part docu-series for Bese called The Shape Shift which aims to showcase the intersectionality between sport and culture. Bese’s mission is to broaden and reshape the cultural narrative by shining light on the untold stories that reflect today’s America, which really drew me in. At the time I received the creative brief, I had to write a sample story as casting had not yet taken place. The Bese team, led by Zoe Saldana and Kelly Fulton, was extremely open to my artistic interpretation of the brief and gave me a ton of freedom to craft the narrative and visual approach. It was an exciting journey to cast and shape the story around a specific person, or group of people, and their sport and culture. In the example of this film, Skater Quest Love gave me so much material, between his backstory and the history of skating that began to take form and influence how to approach the story.

For obvious reasons this film reminded me of John Merizalde’s hybrid doc short Cascade, did you draw inspiration from that or any other skate or doc profile films?

Though I’ve never seen Cascade, it in many ways has parallels and similar themes to And a Pink Gelato, as skating within the African American community is so vivid, rich in color, music, aesthetic and style. The sport isn’t one that solely relies on an individual, it’s about a cultural movement celebrated and practiced by an entire group of people, a community which I see and deeply admire in Cascade. We took the approach of focusing on a single character within the roller skating community and treating it as a character study, what does this world look like through an individual’s eyes? Quest provided so much context for me before we filmed, leading me towards ideas on how and where to film. Producer Phil Staiman took my dreams and made them a reality.

When it comes to references, I usually take inspiration from photography for visual ideation that resonates a feeling, rather than a conceptual or thematic explanation behind a picture. In this film, the DP and I were inspired by films like Moonlight and Good Time. We were drawn to the episode of Atlanta that was filmed on 16mm mode, that embraces the texture of the cropped image, which we mirrored on our set. We used 16mm zoom lenses that were versatile and allowed us to reveal environments and moments intentionally and poetically so that when the action came on screen, we had established an environment and could draw the viewer in. Early on, we made the decision to solely film at night, illuminated by neon practicals to create a surreal and dramatic take on the story; one where the retro vibrance of skating could shine.

Skating within the African American community is so vivid, rich in color, music, aesthetic and style.

At the core, my intention for this film was for it to be grounded with ethereal and timeless visuals, guided quietly and beautifully with an introspective performance from Quest Love.

Alongside Quest Love skating in a traditional rink, we also see him skate outside of urban locations, could you tell us more about that decision and how the subject matter and its wider themes informed the film’s compositions and rhythm?

I wanted to juxtapose the skating rink with a backdrop of Los Angeles at night as Quest Love’s character is motivated by the LA skate scene and history. It was a crucial and intentional decision to bring him out of the rink to show that his love of skating goes well beyond the rink – it’s his life, his language, his passion, his world (and his preferred mode of transit). I wanted to give him the liberty and space to go out into the world, in his skates, and be completely empowered and connected with the cityscape of Los Angeles.

The DP, Matt Potthier (an avid and talented skater himself), and I wanted exteriors that were visually arresting but very sparse at the same time – places that had natural illumination, that had romantic practicals that would inform but not dominate the aesthetic. We scouted places Quest would be comfortable skating in and further meditating in, as we wanted to attempt to recreate the world through his lens. 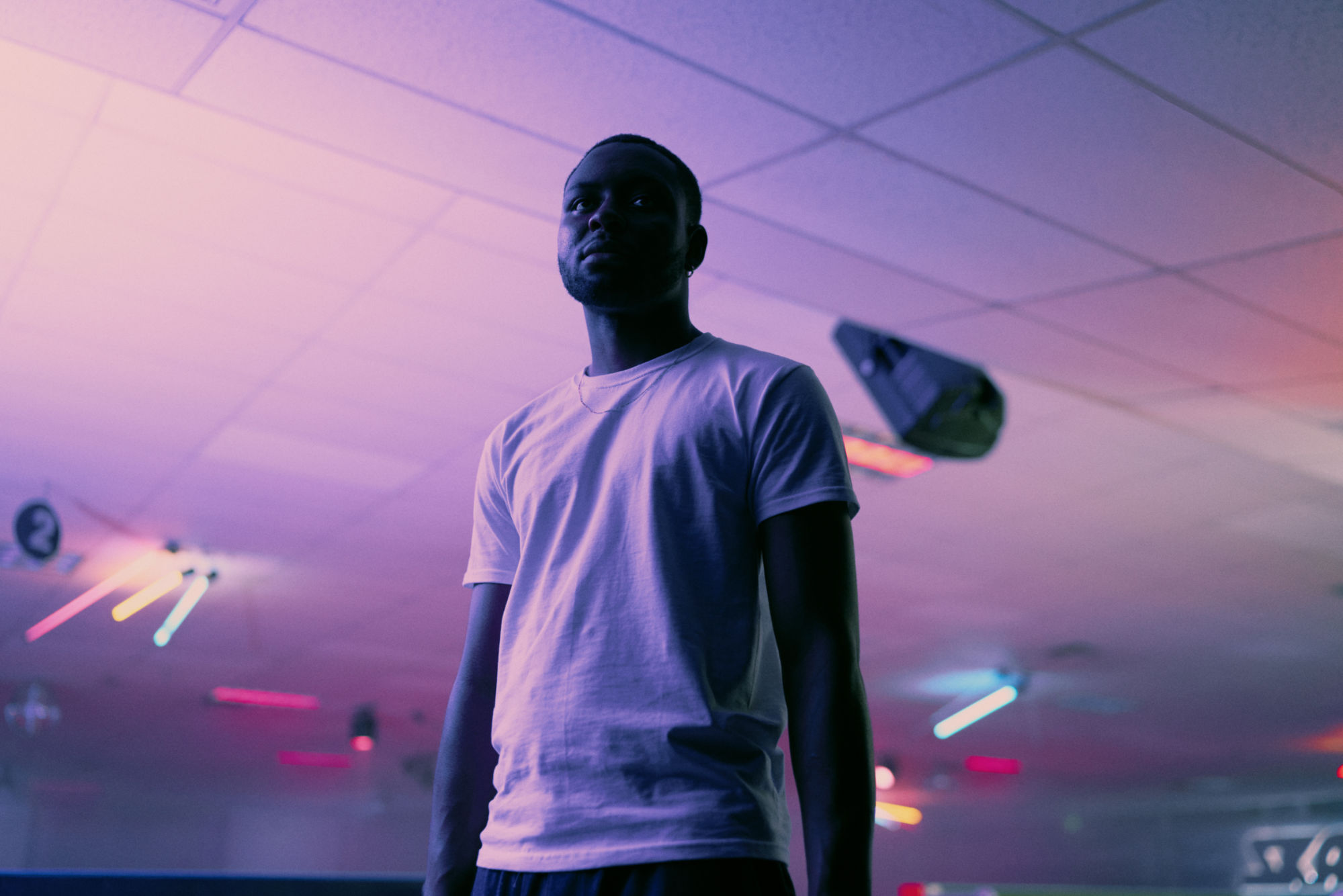 What can we look forward to seeing from you in the future?

I’m working on a few short films that explore the beauty within subcultures of various demographics, which is why I loved working on this series for Bese. Of course, I love stories that feature some sort of athletic pursuit as well. I’m working on my first feature called Princess about a young Navajo girl who is a 6x national boxing champion at the age of 16. It’s a coming of age film that follows the main protagonist through her formative high school years, through her dream of competing on an Olympic stage.

All images by Phil Staiman.