Let’s be honest, we all did some ridiculously stupid shit when we were younger. And those of us who came through our adolescent years unscathed by the repercussions of our idiocy would have to admit that it was largely down to dumb luck rather than any form of shrewd decision making on our parts. That’s unfortunately not the case with today’s short from Columbia University MFA Director Victoria Rivera. In Night Swim, when three teenage girls break into a closed pool, a morally questionable act of jealousy sees one of them left behind with a group of uninvited guests. A devastating gut punch of a film, Rivera joins us to discuss why she finds the messiness which lays between heroes and villains a fertile ground for storytelling and how Night Swim has sparked conversations about inaction as a form of complicity.

I wanted to explore a moment in life when our moral compass isn’t totally formed, and we’re trying to navigate group dynamics, without having a real grasp on who we are as individuals. Neda Jebelli, who co-wrote the script with me, spoke about her experiences growing up between Tehran and Missouri – a stark contrast to my upbringing in Bogota, Colombia – but the one thing we seemed to coincide on, were the *multiple* thoughtless decisions we made as teenagers, with little to no regard towards real-life consequences, be it for ourselves or those around us. In retrospect, moments like these, especially when they concern a moral dilemma that affects someone else, might seem like they let you walk out unscathed at the time, but are likely to haunt for a long time after.

I wanted to put the viewer in the uncomfortable position of aligning themselves with a protagonist who is clearly flawed, but not necessarily bad or evil. I don’t believe in heroes or villains, and am instead interested in the messiness in between that makes us human. The repercussions of the protagonist’s actions take place off screen, rendering the question of an assault almost futile, given that our protagonist’s crime was walking away, no matter what followed. The not-knowing is somehow worse, for her, and for us as the complicit viewer. 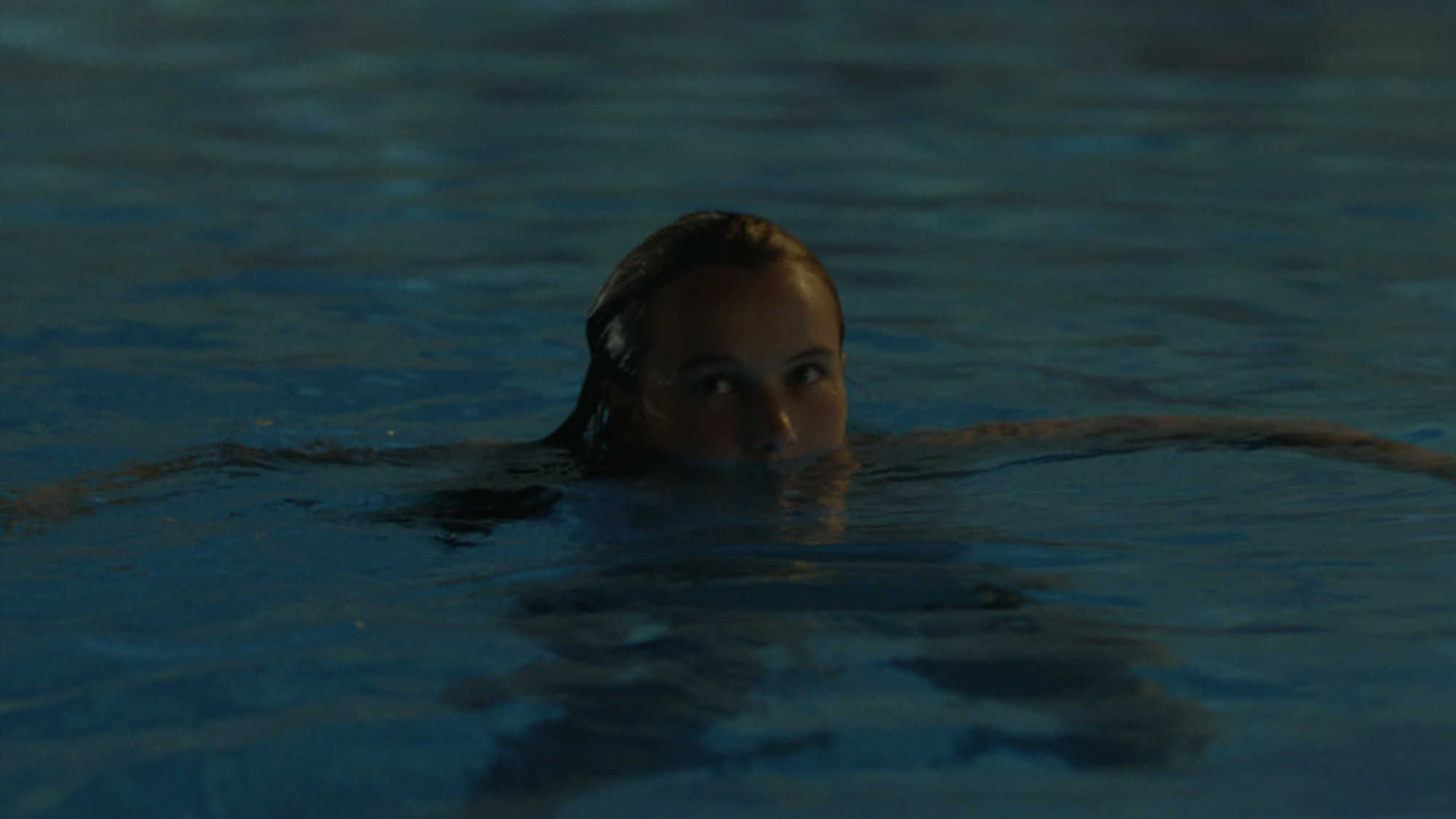 The film was entirely shot on location in Coney Island and Rockaway Beach in Brooklyn, over the course of three nights in June. We had a lot of hurdles to jump through managing crowds, locations and extreme weather (an electric storm during our pool overnight) so it was key to go on instinct and lose any shots/scenes that weren’t imperative to the story we were telling. It required total trust in our team. Specifically our amazing cast, our Producer Camila Zavala who was involved in the film since its conception, and our DP, Allison Anderson, who was perfectly attuned to the visual language of the film – a subjective, volatile camera that moved freely and was never still. The film was shot on an Alexa Plus with Cooke S4s lenses.

The film has sparked much debate and interesting conversations about silence as a form of complicity, about predatory behavior, and in general about the morality in the defining decision Carson makes to lie about Julie’s whereabouts and leave her behind. Some of the most interesting discussions arose at Telluride Film Festival, where some audience members — mostly in the older demographic — were keen to make a clear distinction between what was right or wrong and who was “good” or “bad” in the story as if people were ever only one thing.

I don’t believe in heroes or villains and am instead interested in the messiness in between that makes us human.

On the other hand, there was a group of high school students invited to the screening who we later had an in-depth conversation with, and I was humbled to hear that the film made them think about their own experiences as teenagers in dangerous situations where they had witnessed dangerous behavior and had either spoken up or remained silent for fear of retaliation or humiliation. Some female students bravely shared instances in their own life where they felt pressured into something they might not have wanted to do. I was humbled to see how attuned they were to the intricacies of each of the characters and the situation at hand, rather than an eagerness to simplify.