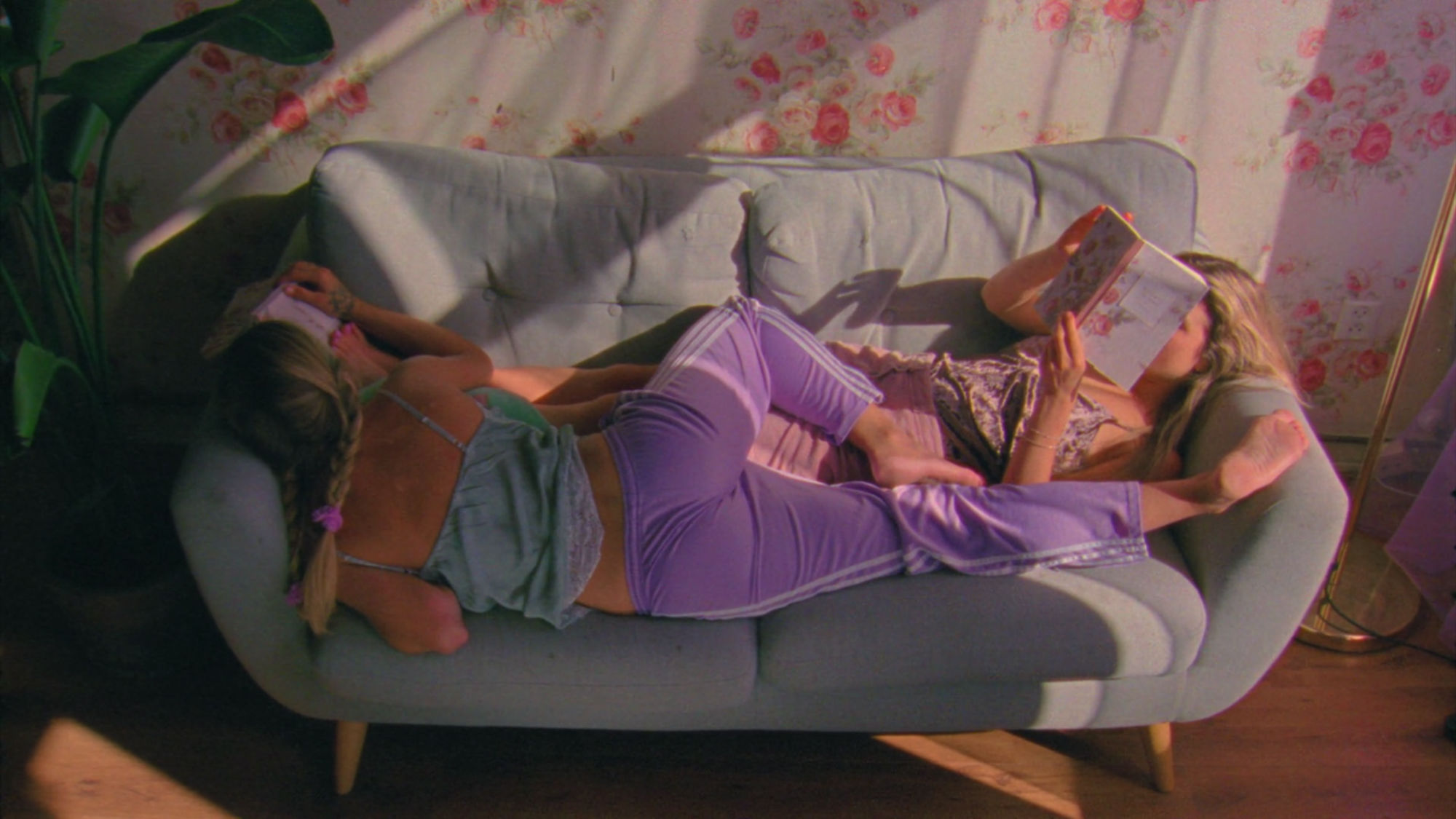 Perhaps a reflection on our dark souls but when we feature family related shorts here on DN they tend to highlight dynamics which lean towards the difficult if not downright destructive – a recent case in point being our inaugural WeAreDN // Lockdown collection tellingly entitled Family Friction. Today we deviate from our pessimistic normal with Ayla Spaans’ celebration of sisterhood and unconditional love About Two Girls, a playful visual diary about two sisters living together in a timeless world. Watch it below, after which Spaans tells us how her tight knit crew captured the feeling of an endless summer with some enthusiastic last minute cooperation from the weather.

The house where I am living is very characteristic. Almost every corner is a picture or film scene. Everywhere in the house is the same flower wallpaper from the 60s which gives it a nostalgic feeling. The natural light that comes in from both sides makes my house perfect for a shoot. I always wanted to shoot a video in my house.

My sister, who usually lives in South Africa, told me she would be in Amsterdam for two months. When she asked me if she could stay at my place, I was really happy to welcome her. About our time together I wrote a visual diary portraying two sisters living together. 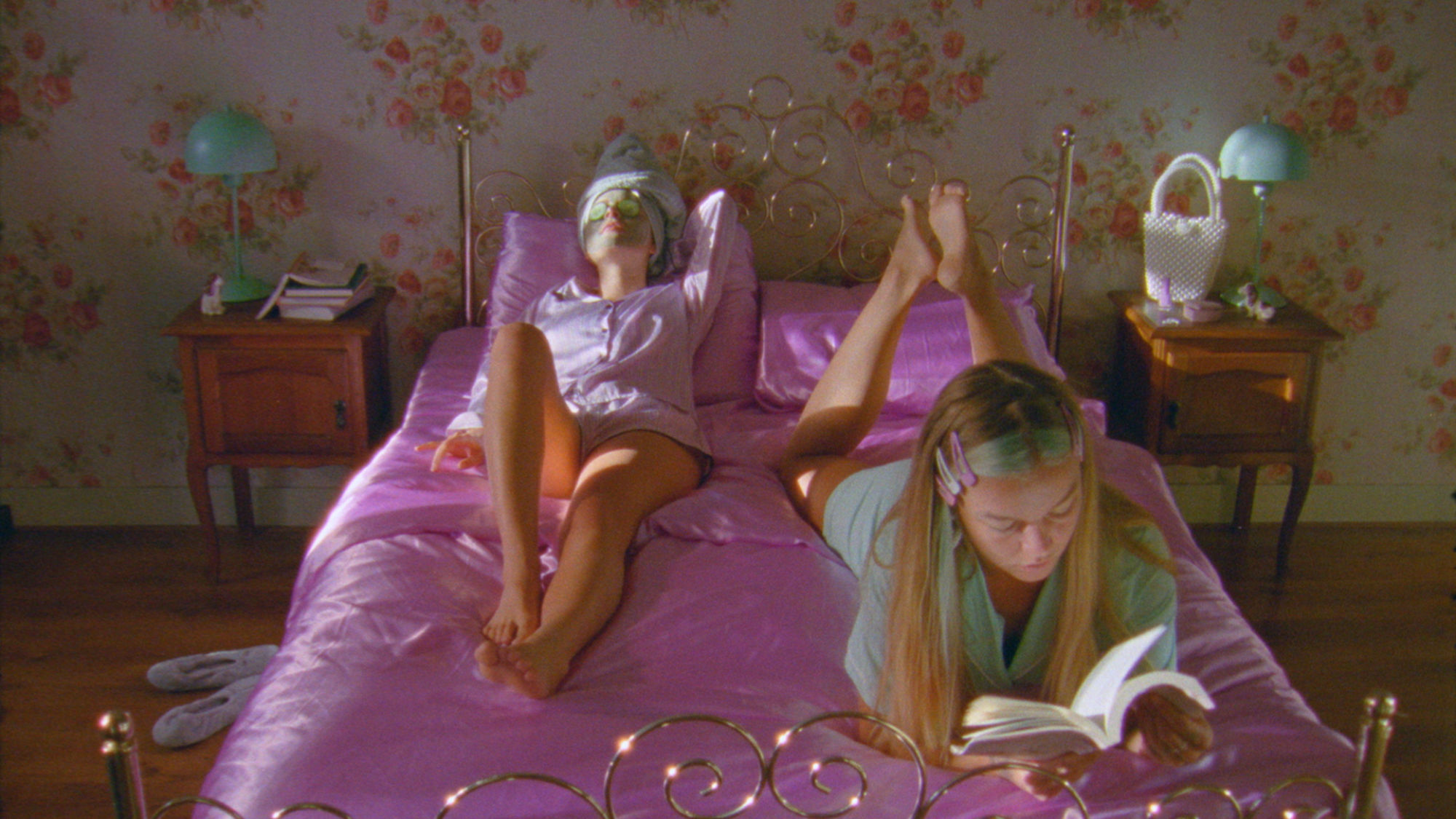 Great teamwork made this project possible. We just worked with really close friends that I always enjoy working with. The Art Director Yael Weiser has an obsession for color and in this video color is key! The DOP Zeeger Verschuren suggested we shoot it on 16mm film. For me it was the first time shooting on film and also the first time that I was acting while directing. Communication and trust were really important in this project between myself, the DOP and the Art Director.

For the shooting days it had to be super sunny and in Holland that can be a problem (even in summer). The time was ticking, as my sister almost had to go back to South Africa. Just on the last weekend before she was leaving, suddenly it was 28 degrees, cooking hot. We shot everything in 2 days. The first day we shot everything in my house and the second day we shot all the outside shots of the purple house.

A few days after the shoot we got the developed footage back. My heartbeat was pumping when I opened the files. It’s a great feeling when you see the result and how much it adds to the video. I wrote the voice over and edited the film in one or two weeks, and Jason Malan did an amazing job by making an original score for this video.

About Two Girls is one of the many great projects shared with the Directors Notes Programmers through our submissions process. If you’d like to join them submit your film.