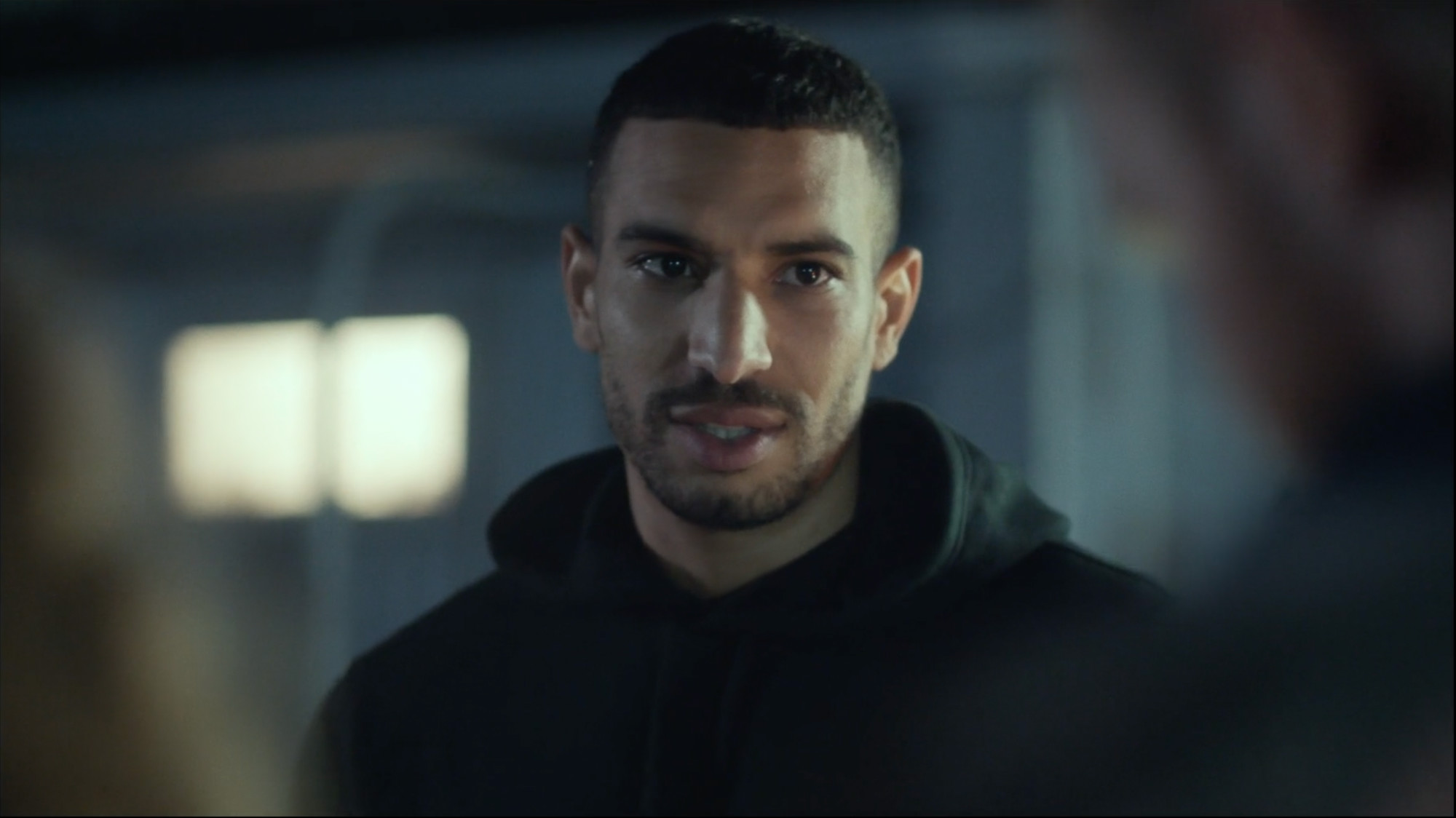 The initial reaction is to resist this particular selection of Londoners, but as their daily lives unfurl, they become irresistibly good company, and just when you think you’ve got them all worked out, the film suddenly throws a wrench in the works. Created by Mad Lazy collective (Anna Evans, Shola Branson and Sean Hogan), Aphorisms is a smart comedy that’s as tight as a drum in script, direction and performances, which perfectly captures the insecurity, arrogance and nonsense of youth. We’re over the moon to present the short’s online premiere here on DN and to discuss everything from process to Easter eggs with the trio of filmmakers behind it.

How did the idea for Aphorisms come about?

Anna Evans: I had had an absurd experience a few years back and felt a real need to do something constructive with it, mainly as a way of gaining some sort of closure about what had happened. I started writing a screenplay about it and this opened our eyes to the possibility of being able to do this – without any background in writing or TV. At the time Sean and I really got into Atlanta, Louie and High Maintenance. We loved that there wasn’t much of a plot and that it felt like a documentary, giving a somewhat realistic glimpse into how life is in other cities.

Together with our initial writing partner, we were chatting over drinks and realised that there was nothing with this style set in our city, London. We felt we had a lot of interesting experiences in London – so we decided, a bit tipsy, to give writing a go. We didn’t expect to really follow through, but we started meeting every Tuesday to write. We were soon introduced to DOP Joe Douglas, who really liked the idea and script, and a few months later we were filming.

Scriptwriting is usually a long and solitary process, but there were three of you working together on what was also your very first script. How did you make that work and was it a smooth process, or were there any stumbling blocks along the way?

AE: It was much easier having three eyes and minds on it. We found most of our best ideas came when we were just drinking together and not really ‘trying’. We’d then divide up who would write specific scenes or characters, depending on who felt best positioned to do it justice. The actors also had input on their own characters – we encouraged everyone to adjust the dialogue and make it more ‘them’. We liked that Linklater did this in the Before Trilogy, and that naturalistic, authentic conversational style is exactly what we wanted. So the process was collaborative and relaxed the whole way through.

We found most of our best ideas came when we were just drinking together and not really ‘trying’.

It was a big learning curve – we were learning how to write scripts from scratch, as we went along. Also, our initial writing partner also dropped out part way due to personal reasons. Shola was a good friend and was already playing the main character – so it made sense for him to join the team, and it worked really well. 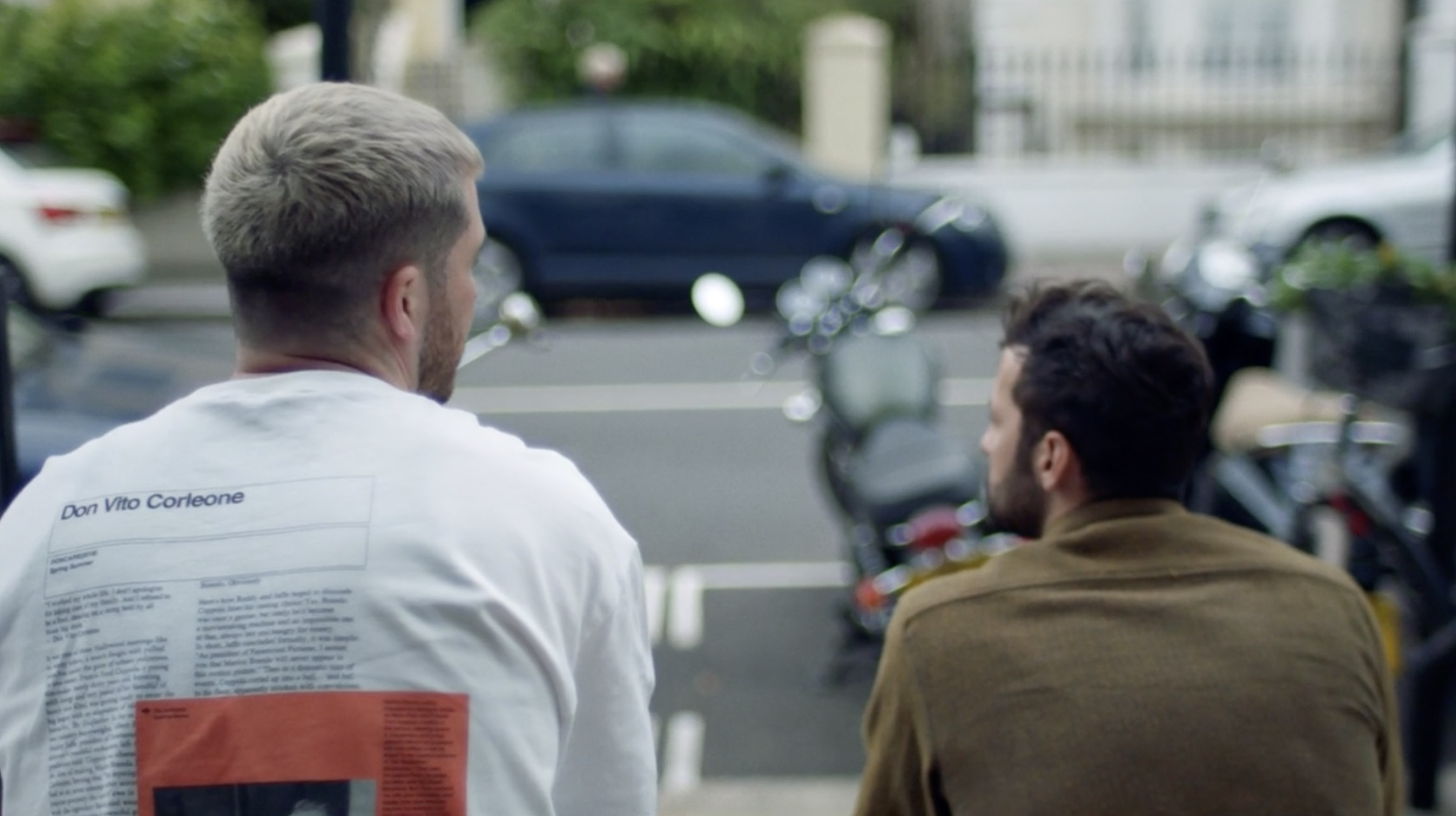 The dialogue is the star of the show here. It’s absurdly hilarious and feels authentic and effortless. How much room for improvisation, if any, did you leave for the actors?

Shola Branson: The only scene that was improvised on the day was the shop scene. Femi Ladi came on to direct that scene amongst some others and had the idea to make it completely improvised – and it’s probably our favourite scene. Whilst we wanted it to feel unscripted, we also had a very clear vision of how we wanted it to be. Fortunately, we knew all the actors as friends, so we were able to use memories of them to inspire how they would behave in these conversations.

Everyone felt that their characters’ mannerisms were accurate enough that, bar a few small changes, they didn’t really need to ‘act’ at all. I think this allowed for that improvised feel, whilst actually being quite tightly scripted. 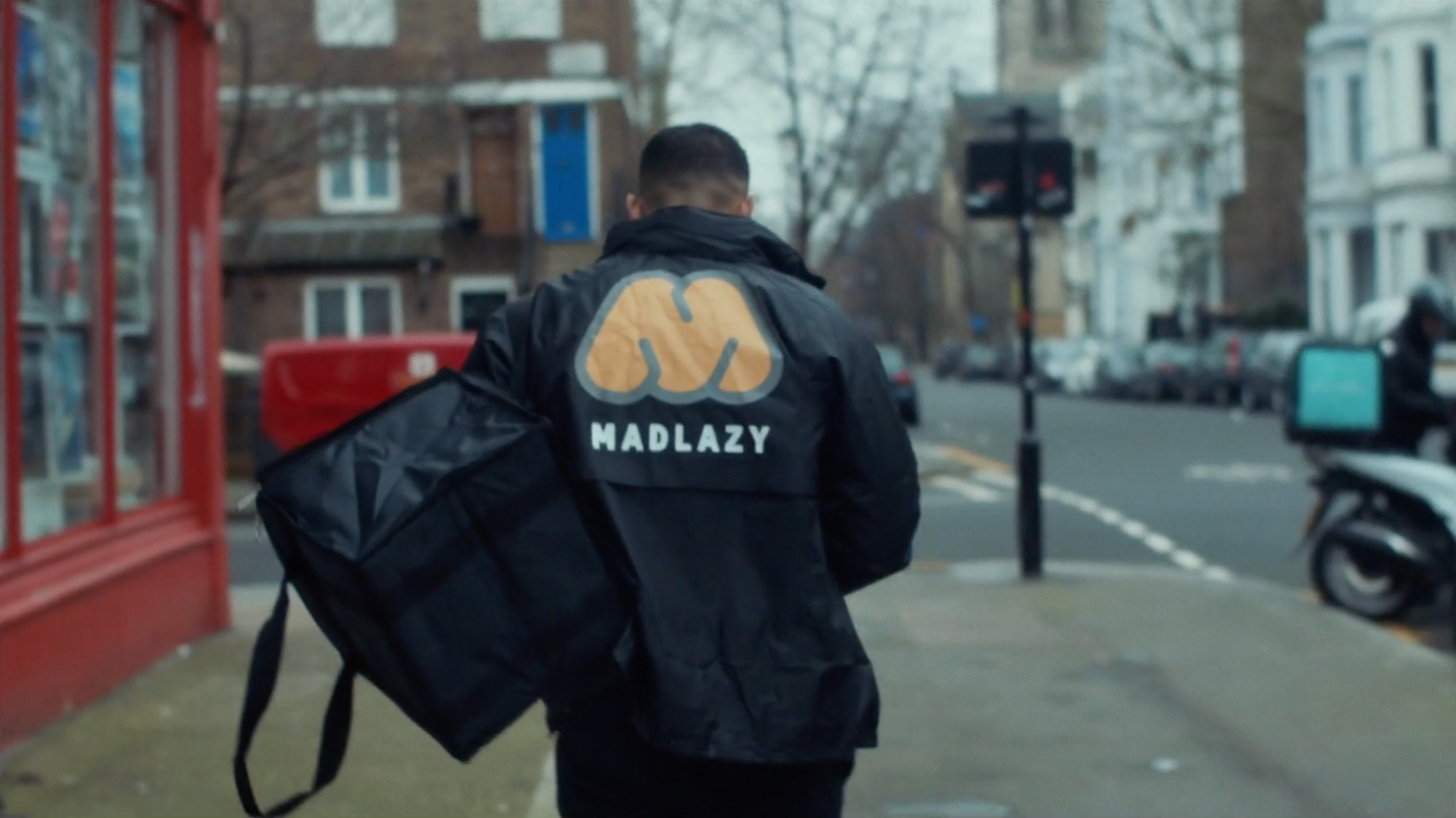 Throughout the short there are some film references, like the Waking Life poster or the Don Vito Corleone t-shirt, but certain scenes and lines also feel deceptively random. Are these carefully laid Easter eggs?

Sean Hogan: The Waking Life poster is an homage to a film we love, and a nod to Linklater and particularly the way he weaves casual but sharp philosophical musings into his films. There are some others that are more subtle.

There are quite a few philosophical Easter eggs throughout.

In the bedroom, the characters are doing lines off of The Art and Thought of Heraclitus. Heraclitus was one of the first aphoristic philosophers, and I love his writings on flux and impermanence. There are quite a few philosophical Easter eggs throughout – like the David Hume quote “Reason is, and ought only to be, the slave of the passions”, which appears as a sticker on the back of Tom’s car, and serves as a loose proverb for the episode.

Were there any other particular films or filmmakers that had an influence?

SH: The conversational, dry-humour will definitely have been inspired in parts by shows like Louie, Atlanta, and Master of None. We loved the absurdism of The Square, and the hyper-realism of American Honey, Florida Project and High Maintenance. People Just Do Nothing was one of the biggest inspirations also. It’s one of my favourite shows. So well written and the first TV show I’ve seen that actually nailed a sub-section of Londoners properly like that.

We’ve developed the idea of Shola, the former dealer-turned-courier into a 10 episode series. We’ve finished most of the scripts on those and are prepping to shoot the first episode currently. We’re looking for funding for that at the moment and have an end goal of being commissioned to make the full series.