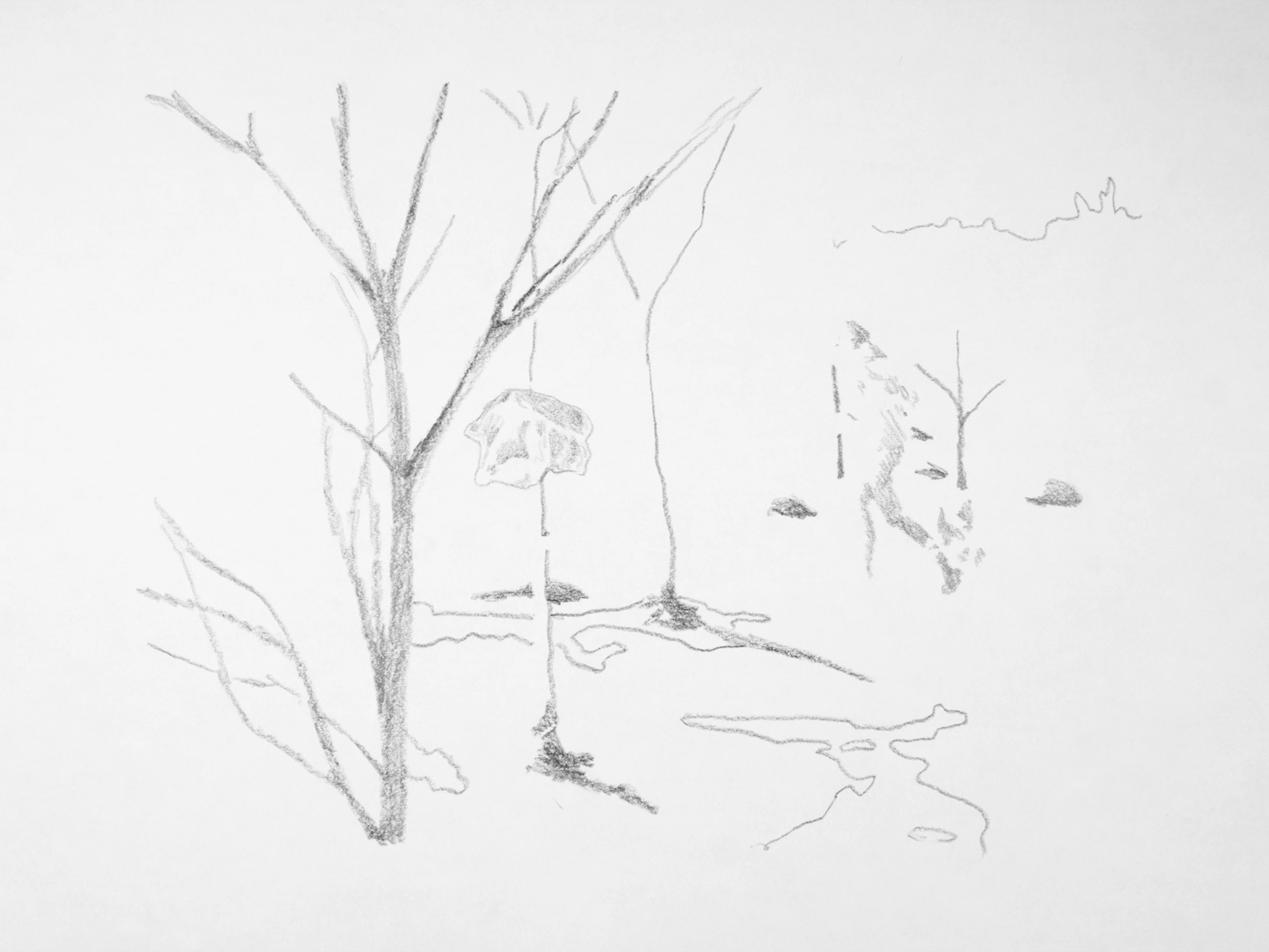 Catharsis is often regarded as one of the most powerful facets of art. Through artistic expression we’re allowed to reconnect with emotions, feelings and memories in a new way and find connection through mutual experience with an audience. Jonah Primiano’s Driftless sees the animator reconnect with old footage of his dog Abe, creating a tome that simultaneously feels incredibly personal yet totally universal. Through its minimalistic canvas and non-linear narrative, the short allows its audience to find space for their own memories. Today, Primiano marks his third appearance on DN with the premiere of Driftless and walks us through the instinctual journey behind his intimate reflection.

Driftless is my first year film in the Experimental Animation MFA program at CalArts. I was still pretty emotionally raw from the death of my dog Abe a few months before I started school so I knew I wanted to make a film that dealt with those emotions. Additionally, I was really interested in how animation could potentially illustrate memory in a way that live-action filmmaking can’t. Initially, the film was going to be a bit more conventional, with characters and a general narrative. I started the way most people usually do, with storyboards and an animatic.

I felt really liberated by this new technique and knew I wanted to try more with it.

My inspiration at the time was a lot of live action films, so I was thinking in a very ‘filmic’ way. After being exposed to a lot of new work during school, I started to think more formally about my process and to really ask myself why I was choosing to animate at all. This led me to question the film conventions in my initial animatic and I started to feel kind of stifled by them, like I wasn’t really trying something new or ‘experimenting’.

During this same time, I was in a class where I tried rotoscoping for the first time, the process of tracing over live-action footage frame by frame. I really enjoyed the process because it allowed me to focus on formal and compositional elements in the frame that I felt I couldn’t before because I was so focused on planning out animation and timing. I felt really liberated by this new technique and knew I wanted to try more with it, but I wasn’t sure quite how yet.

It wasn’t until winter break that the style of the short really developed. I was looking over old pictures and phone videos of my wife and I playing with our dog to try and get some inspiration when I realised that I had tonnes of videos from that time. Like most people who have a smartphone, I take a lot of pictures and videos but never really do anything with them after the fact. So, I collected all of the videos I could with my dog in them and threw them on a timeline. It was so wild because most of the moments I had storyboarded from memory were there in the videos. So, it felt kind of silly to try and recreate those moments when I had the direct reference in front of me. That’s when I decided to try rotoscoping the footage.

I knew I wanted the film to be graphite on paper, so I taped an animation pegbar to my MacBook and just traced directly off my screen. This method worked really well for me because it allowed me to work anywhere I could bring my laptop and minimized the amount of equipment I needed. I spent the rest of winter break testing out the technique since it was still new to me, and by the end I had a lot of animation that I was pretty happy with. I wasn’t following a set path or narrative, but instead let myself intuitively choose source footage and trace parts I was drawn to and leave out others.

I didn’t want to simply reproduce the live-action footage, so I focused on shapes and contours and began to composite several different shots onto one piece of animation paper by doing multiple passes on it. That’s where the shifting semi-abstracted look of the film comes from.

I didn’t want it to have a set linear narrative so I worked with cyclical and repetitive editing to help build the feeling of recalled memory.

Once school started up again, I went into full production mode since the film had to be finished in about two months. I kept working the same way I had been, choosing shots intuitively and allowing the process to guide me. I ended up with a bunch of clips that were sort of separate so I had to begin tying it all together. I wove some of the sequences together by rotoscoping footage between them, a kind of visual patch. I really began to edit and build the film at this point though, which was hard because I was so used to having the structure fully planned out from the start.

While there is an overall progression to the piece, I didn’t want it to have a set linear narrative so I worked with cyclical and repetitive editing to help build the feeling of recalled memory. I also began to develop the sound at this point, which was admittedly too late in the process. Almost all of the sound is pulled from the source clips, with a few other supplemental background elements to help build the atmosphere. I tried to build up a few different soundscapes that represented the different spaces the film occupied that I could sort of fade in and out of. I was trying to mimic the dreamy atmosphere of the visuals.

The film is the culmination of about eight months of concept and production, though most of the real work was done in the last three months.