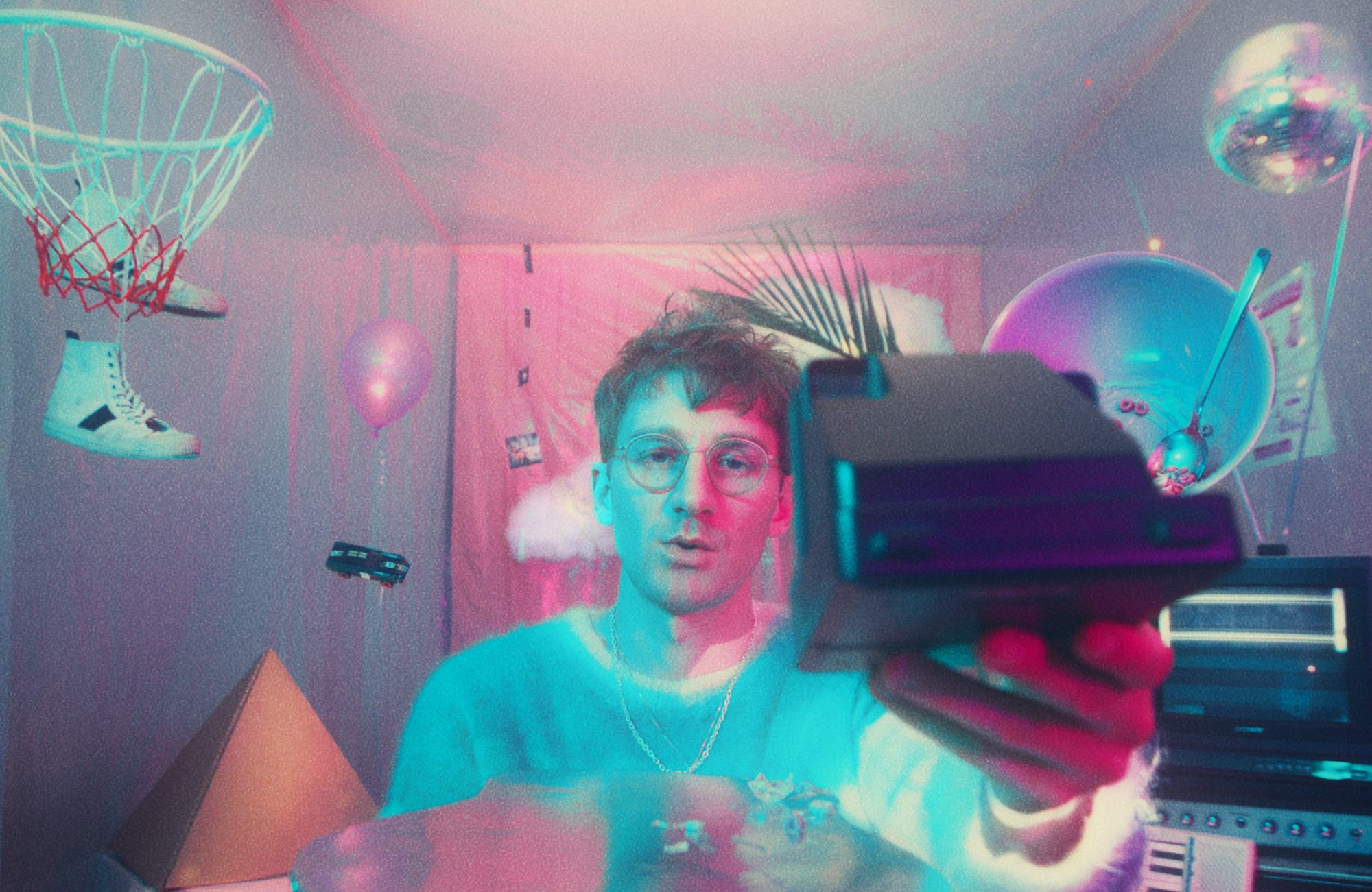 It’s been a real joy to see how creatives have been challenging themselves under the current social restrictions globally. And it’s even more impressive when artists still manage to create work that appears unaffected in its ambition. Colin Read, who recently graced our pages with his similarly innovative music video Walls, joins us today to discuss Dreamland his video for Glass Animals’ latest single. Created under socially-distant restrictions, Read’s video opens on a wonderfully dreamlike, textual canvas before pulling the curtain back to reveal the process in which it was made. It’s a wonderfully inventive piece of filmmaking which we just had to ask him about.

Great to have you back on the site so soon after The Midas Hat, but I guess given the nature of the video the turnaround on this project was pretty quick. How did you manage to create something so promptly that achieves such a high standard of quality?

When I pitched the project I could already tell that there was going to be an onslaught of simply-filmed videos coming out soon. So, I tried to do the complete opposite; shoot a complexly lit, multi-layered tracking shot, with a cinema camera, in an interesting set build, all remotely. Which meant that the artist had to do it all himself. Blessedly, Dave Bayley was an absolute champ, and was game to take on all the labour the concept called for!

I love how you include that process in the video too, the behind-the-scenes footage is great.

Beyond just making a pretty-looking visual, I wanted to tie in the creation process itself. So within the edit, we showed a personal, nostalgic traditional music video, and then pulled away the veil, revealing the unique conditions by which it was created, all in the same piece. It’s both a peek behind the curtain at an unexpected process, but also a depiction of how people are rising to the challenge of this global crisis. How artists are finding new ways to create art, and embracing these restrictions rather than be defeated by them. So, the inclusion of the BTS footage was a part of the concept from the very beginning. In fact, when the label requested that we also shoot a backup take, with the dolly move lasting the entire track so that Dave sang the entire song in the traditional music video shot, I fought to stick to the concept, as I knew that the magic would result from showing the process.

It took a lot of time to break down every step of the process into “explain like I’m five” instructions.

After the pitch, Dave was down to do whatever it took to make the project happen. He was excited for the challenge, although some aspects did take a little bit of convincing, mainly to assure him that he’d be able to operate the cinema camera and all the equipment that would be baffling to a novice in production. I promised him that we’d prepare and plan everything in a way that an outsider would be able to carry out the complex shoot.

How did you simplify everything for Dave to work with? Did you send instructions to talk him through it remotely?

We had to design everything specifically so that it was possible for one person to carry it out. I started with the overall look and the shot that I wanted, then worked backwards from there with the team to figure out a way that it was all possible. The Art Director Bon Walsh did an incredible job of designing a set build that was both extremely lightweight and could be assembled alone, using Dave’s existing roof beams to hang the set walls and the dangling props, all without Bon ever being able to step foot in the location.

I worked with Ruben Wooden Dechamps, the director of photography, to figure out how to make the complex shoot possible for one newbie. I wanted to stay ambitious, with nice lighting and a precisely timed dolly move, but in the end we whittled down the process into the simplest, most streamlined way possible. And then to make it all possible for Dave to do, we put together a 40-page master instructional book, covering every step of the music video process: delivery, set build and dressing, laying dolly track, camera set-up, lighting… Along with that main guide, we gave him an accompanying photo glossary of everything mentioned in the instructions, all numbered and cross-referenced. It was like cramming a few practical film school courses into an envelope.

Was that the most challenging part, creating something that Dave could decipher with next-to-no experience?

The hardest part was maybe writing the instructions. In production, you take a lot of knowledge and steps for granted. You don’t usually have to tell your cinematographer how to turn on the camera, or where the power button even is! So, it took a lot of time to break down every step of the process into “explain like I’m five” instructions, covering every detail possible. We had to try to imagine what it would be like for someone with no experience whatsoever.

It’s a fair amount of equipment too, was it much of an issue getting over to Dave and having him manoeuvre everything?

We condensed the amount of equipment down to only the most necessary and the most lightweight. But it was still enough to crowd his apartment’s foyer. Dave claims that after carrying it all up his stairs, his legs are now in the best shape of his life. The shoot was a two-day affair, all broken down in our instructions into a loose schedule. The first day, Dave brought in the delivery, assembled the dolly track and basic set, and got the camera ready. The second day, he finished dressing the set, then set up the lights, and did the actual shoot. Then he broke it all the next morning, set it out for pickup… and then he was finally instructed to read the last page, and had to burn the photograph!

Dave handled everything we threw at him and his work ethic in the video speaks for itself. 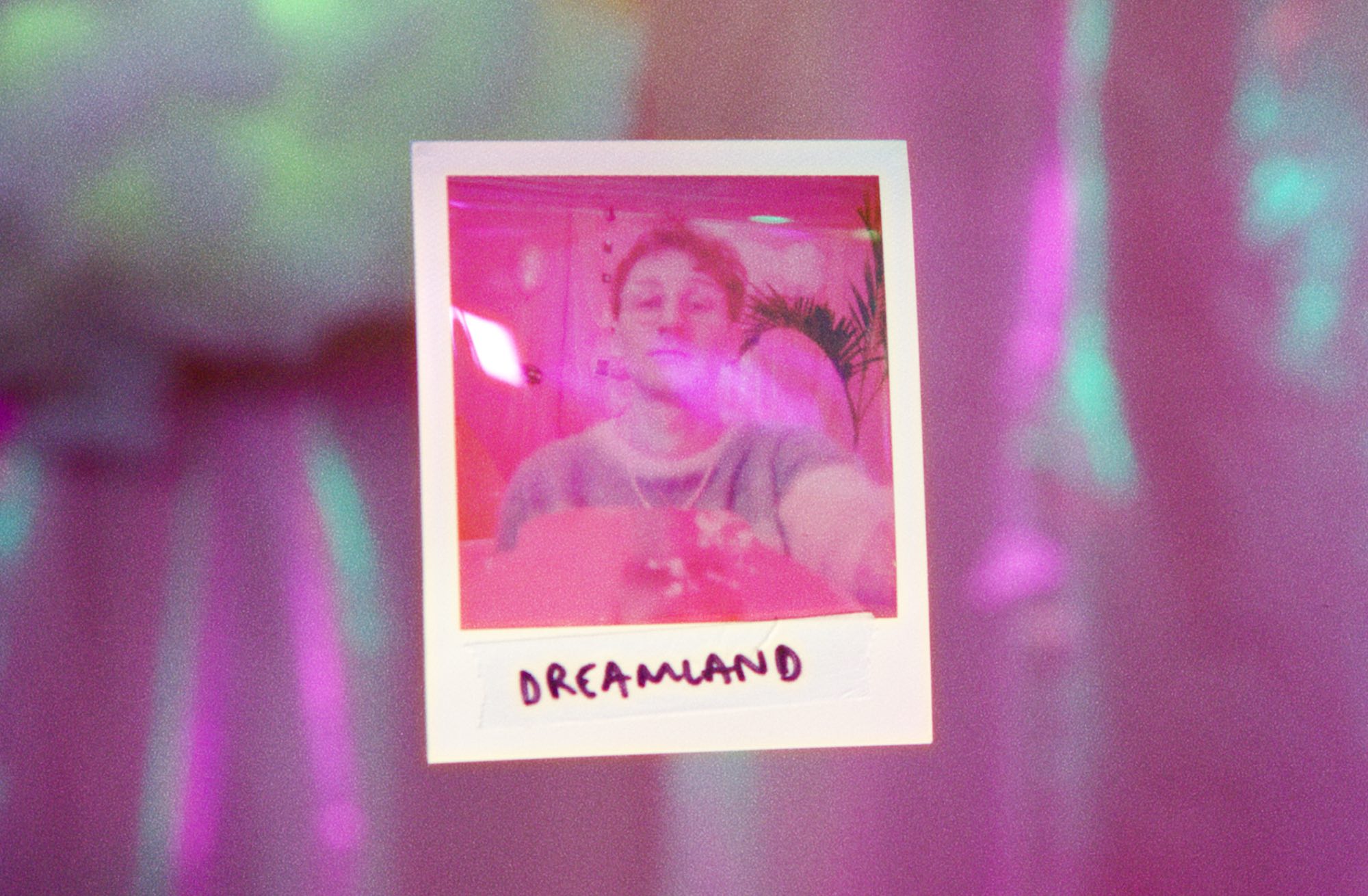 I think it’s a really great example of a socially-distant production and how it’s still possible to execute something of a high-standard in these times. What would you say are your main takeaways from this whole collaboration?

It felt quite bizarre, and a bit sadistic, making a pop star carry dolly track up three flights of stairs while watching from the comfort of my couch but Dave handled everything we threw at him, and his work ethic in the video speaks for itself. The core production team and I actually stayed on with Dave most of the time, cued up on a video chat. So while he followed the instructions, we helped guide him along where necessary, giving feedback and remote assistance. It made for a really great collaboration, and it was amazing to find that we developed the same sort of camaraderie that usually arises on set.