Mohammad Gorjestani on Capturing the Trauma of War in ‘Exit 12’ 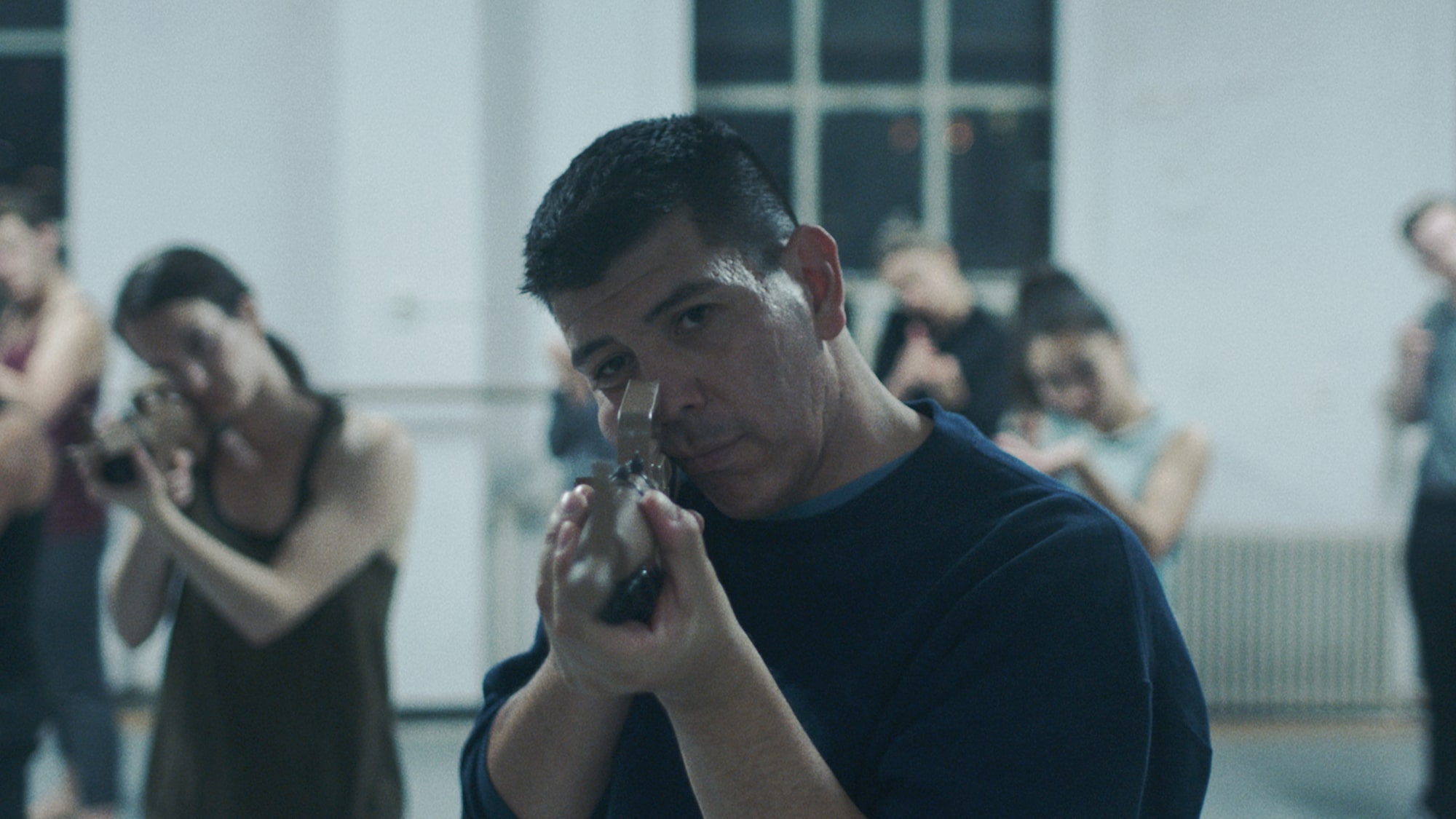 When you think of ballet, the trauma of war might not be the first thing that comes to mind. But for the participants of the Exit 12 project, set up by Iraq War veteran Roman Baca, it has provided a necessary tool for processing and healing. Director Mohammad Gorjestani captures his story in gorgeous detail for the Fox Searchlight Pictures-backed Exit 12. We talked to the director about his class-informed filmmaking aims, capturing the art of dance and why America doesn’t do enough to protect its veterans.

How did you get involved with the project?

I have a creative studio in San Francisco named Even/Odd. I think I’ve always focused on class struggle through my work. Especially communities in the United States that have been systematically oppressed for various reasons. I immigrated here from Iran after the war and experienced America from a first-generation, low-income experience. As I got older, this has guided me towards writing stories about how in capitalism, the top small percentage of people really use the bottom twenty to fifty percent to drive the engine.

There’s a lot at stake in America right now in terms of identity.

Our creative studio has been built around ideas of films about culture, resilience and innovation. This opportunity came together with Square — a company owned by Twitter CEO Jack Dorsey — and their mission has been about economic empowerment and providing people access to the economy. One of the executive producers and I grew up around the same Bay Area circles, so we had a meeting and ended up developing the >For Every Dream project; directing stories about various communities across America who were creating a new version of the American dream, taking economic and personal adversity and developing something from it.

Exit 12 was the fifth film in the series. We knew we wanted to do something on the veteran community. My research team at Even/Odd found this story of a dance company that was telling stories of war to communicate their experience; both for people to understand what they went through and as a tool for healing. I found that very compelling as there’s a lot at stake in America right now in terms of identity. We felt this opportunity was a chance to recalibrate that.

So we went out to New York, met with Roman Baca, and quickly went through a series of interviews to map out the story.

How receptive was he to making this story?

He was extremely receptive to us wanting to develop this project. Because not only is he a veteran, but he’s running a dance company: part of running a dance company is marketing. He’s in this situation where the traditional veteran community leans a little bit more masculine and conversation, while the world of dance and art, and especially ballet, is rooted in a more liberal kind of culture. So they’re kind of stuck in the middle. They have had the challenge of being taken seriously by both communities. This film was his first opportunity to really dig into expressing how vital this dance company can be. 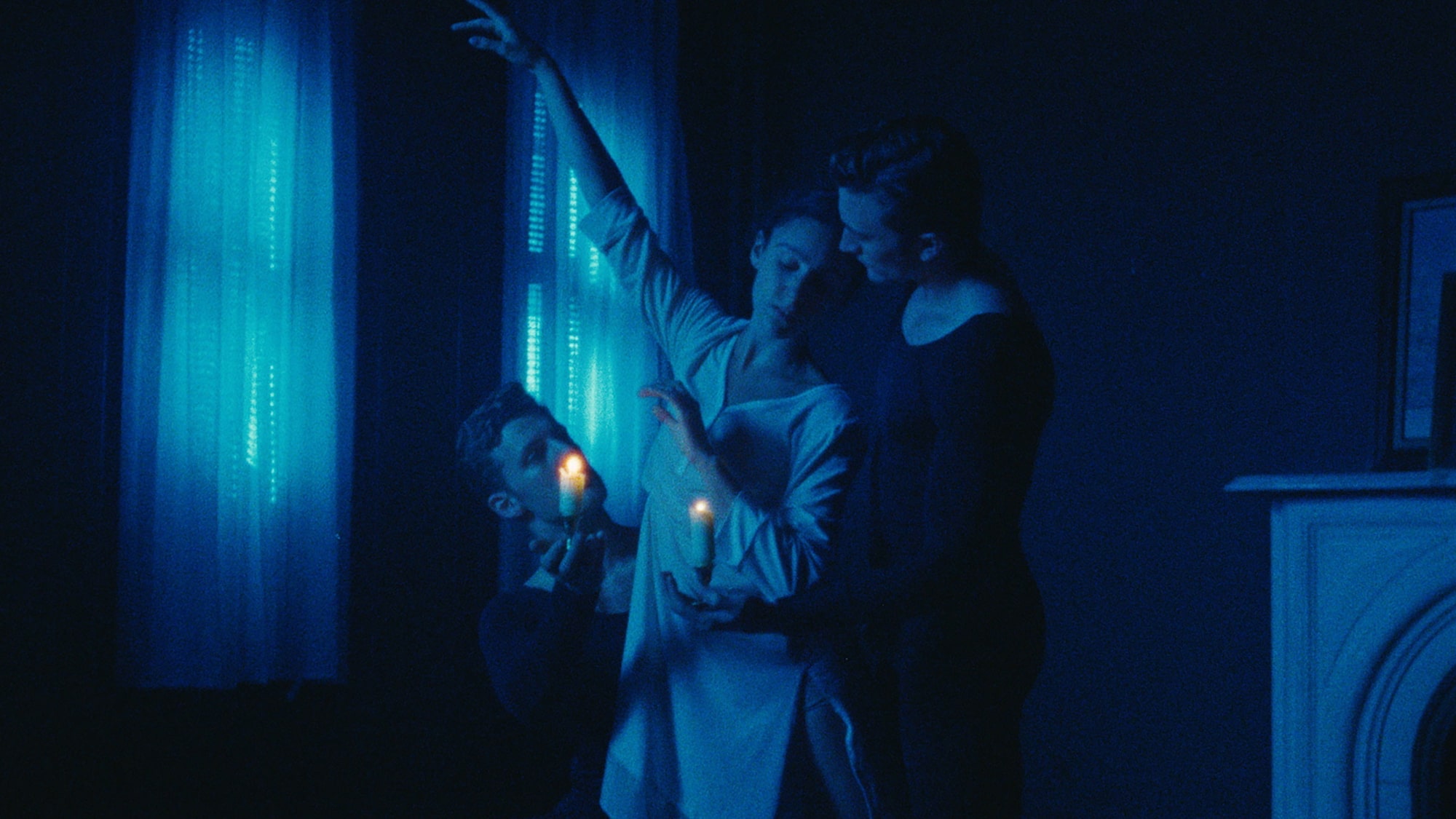 It’s fascinating because when I think of ballet, war is not the first thing that comes to mind…

Yeah! It immediately challenges what you perceive a veteran to be. For a long time a veteran is supposed to hold the traits of a great patriot; to be strong and fearless and brave. But these veterans come from all intersections of our society, and you can’t really put them in a box. Personally I didn’t expect them to be this passionate about the arts, or to be as progressive or as liberal as they are. This juxtaposition is so striking, and I think that’s really what the centrepiece of the film is.

As a society we don’t really do enough for our veterans. The amount of suicides is just crazy.

It’s one of the failures we have as a country. There’s a lot of emphasis on serving in the military. I remember in high school — I wrestled and was a pretty good athlete — and I had my share of recruiters going to my house, befriending me and befriending my parents. So there’s a lot of emphases placed on building the solider, but there’s not really as much placed on what happens to them after they return from war. As a society we don’t really do enough for our veterans. The amount of suicides is just crazy.

That’s why Exit 12 is so critical: it deals with an alternative way of expression to deal with all the emotions of war, while bringing people together to provide a sense of comradery and an opportunity to be themselves.

The film stresses these experiences through the reconstructions of these dance performances. Was it important to capture them?

One of the premises of the film is that ballet is a vital tool of communication for the audience to understand something that language cannot describe. That’s why putting the dance pieces in the film was really important. The experience of war is profound and language isn’t the best or only way that you can describe something. But I didn’t want to put them on the stage; I wanted to adapt them to what I felt would be better for the film format. I wanted to use locations as story vehicles too; to move the stages into more real world locations and sets.

I think the use of Steadicam helps to stress this sense of movement.

I felt the trick with the dance sequences was to keep them raw and gritty; not to overly elevate them or make them too glossy. Many things nowadays just look too good. But it felt like there’s a certain floating quality of ballet, and the Steadicam is the ultimate expression of that.

I wanted to use locations as story vehicles too; to move the stages into more real world locations and sets.

I wanted the film to have a level of surprise to it. What I grabbed from Roman from the very beginning is that war is such an ephemeral experience. You’re in this weird quasi-reality. Then you come back and your thoughts about war trigger you, and these things that happened to you in the past begin to impose on your feelings in the present. That was the guiding principle for how we were going to tell the story. But transitions were pretty well thought out in advance in production; using sound and visual cues to bleed scenes into each other.

Even/Odd are actively developing our L.A Studio and team. So we’re gonna become a Northern and Southern California-based company. I’m working on a feature film, expanding a short I made in 2014 about the near future. And as a studio we’re developing all sorts of independent projects; we’re cooking a few things in the spirit of the Dreams films for brands we think are really innovative. Then the project I’m really excited is the first media project for a Public Defender’s office in the country; creating an editorial art project of films, photography, writing, journalism, all explaining what the work of a Public Defender is. So, a lot of stuff!