When that desire to escape our lives as we know them comes whispering through the trees, most of us push it aside in favour of the daily-grind with half-hearted excuses of “I’ll go next year” or “perhaps now isn’t the right time”. Imagine meeting a man who threw caution to the wind and as a result, has done more in one lifetime than the majority of us could ever dream of. John Reeve is such a man and Director Harvey Eaton immersed himself in the history of this entrepreneurial adventurer over a brief but intense period in order to draw from the well of his vast and often implausible experiences. The result is Bet on Yourself, which premieres on DN today alongside a conversation with Eaton about the delights of filming in a turquoise paradise and some of the techniques he used to create his engaging documentary about a life very well lived.

I first met John five years ago through a friend of mine Henry who said that his legendary ‘uncle John’ was over from the Caribbean for a wedding and was someone who I needed to film. I jumped on a train and sat with John for a couple of hours. He recounted a lot of his almost unbelievable anecdotes and amazing life story and from that, I cut together a little 10 minute, armchair, tale-telling film.

I wanted all of his stories from his armchair as that just felt like the right setup.

A couple of years later, John asked if I wanted to fly out to the US Virgin Islands and film more stories. I grabbed my Cinematographer Alex Newton, a couple of Canon C100s, a Canon zoom lens, a 3x set of Rokinon prime lenses and a radio mic. We stayed with John in his beautiful house in St Thomas for six days, surrounded by incredible views over both the North and South sides of the vibrant island. We followed John around the islands every day, filming him fixing boats, meeting his cruise excursion crew members, talking to anyone and everyone he knew, sailing around the crystal clear waters of the Caribbean. It’s not every lunchtime that you can put down the camera and dive into turquoise water to swim with tropical fish.

We decided after a day or so that we would actually just get to know John first and film the interviews later in the week so that he was really comfortable and felt like he knew us well enough to spill all. I wanted all of his stories from his armchair (which in this case was a deck chair on his corner terrace overlooking the cruise ships resting in the bay) as that just felt like the right setup. Any camera audio we picked up whilst roaming the islands was lucky – I wanted to keep the storytelling quite pure from the chair. However, we ended up only using about four or five shots of John actually sat down, just to establish him at home.

After the first day of shooting, I thought we should frame the whole film in a widescreen 2.35:1 aspect ratio. The landscape was so beautiful and I thought we needed to take it all in. I also saw John’s biography as a bit of an epic movie with twists and turns throughout; decades of adventures and exploring, so this frame seemed to fit the bill.

There were so many great little stories that I sadly had to cut out as they didn’t necessarily add enough to his life story but were so crazy, entertaining and ridiculous.

I took about two years on and off, editing and finishing the post production. Initially, I whittled down the six hours of stories into 50 minutes of the bones that told his life’s journey the best. Then I eventually got the film down to 20 minutes. There were so many great little stories that I sadly had to cut out as they didn’t necessarily add enough to his life story but were so crazy, entertaining and ridiculous. Such as competing with Tom Jones in Rolls Royce vs Jaguar late night drag races; trying to fly his plane to the film set of Anthony & Cleopatra, but ending up going ‘clay-wine-bottle’ shooting off the back of mopeds with the Sardinian Minister of Tourism, or being moments away from pushing his wife out of the plane with the only parachute as his plane was going down in a storm (he fixed the problem just in the nick of time).

I researched and found that a lot of productions used this parallax technique to liven up old archive photos, but for me they were all a little too gimmicky.

The edit comprised of three elements. Firstly, interview shots of John in his armchair; secondly, observational cutaways of John roaming the islands, vaguely reflecting the stories’ content; and thirdly, archive photos and newspaper clippings. It was the third element of archive photos that wasn’t too exciting to start with. My creative development friend, Aleks, suggested I take a look at parallax/2.5D photographs to give the photos a bit more life. I researched and found that a lot of productions used this parallax technique to liven up old archive photos, but for me they were all a little too gimmicky with large ‘camera moves’ and lots of obvious layers of particles and dust.

I played around (a lot) and after a while, figured out a way to make them very subtle but enough to make the photos come to life. The problem was that I had decided to frame my whole film at this aspect ratio of 2.35:1, and most of the archive pictures I had were quite square or in a lot of cases, vertical. This meant I started to zoom and crop in for the image to fill the frame. After six months, I saw that this didn’t look good and the framing was pretty ugly. I had to make the big and painstaking decision to actually keep the original photos at their original scale in the letterboxing, and then ‘extend’ the shots out to the side. This meant a lot of redrawing, cloning and photoshopping to invent more of these photos which didn’t originally exist.

Another necessary element of the post production was the titling, in order to help the viewer know which year and where in the world John happened to be in. We tried a bunch of fonts to start, but they all felt wrong somehow. Then my Title Designer Max Wilson came up with the brilliant idea of using John’s handwriting. This felt organic, personal and also reflected what you would find in physical family photo albums – the place and date scrawled on the back in mum or dad’s handwriting. So I asked John to write out A-Z and 0-9 in various pen thicknesses on white paper and take a photo on his iPhone. Max scanned and cut out all the letters and numbers, and created the ‘John Reeve’ font. We then animated the font with a write-on animation effect and in 3D space, laid them over the photo parallaxes. 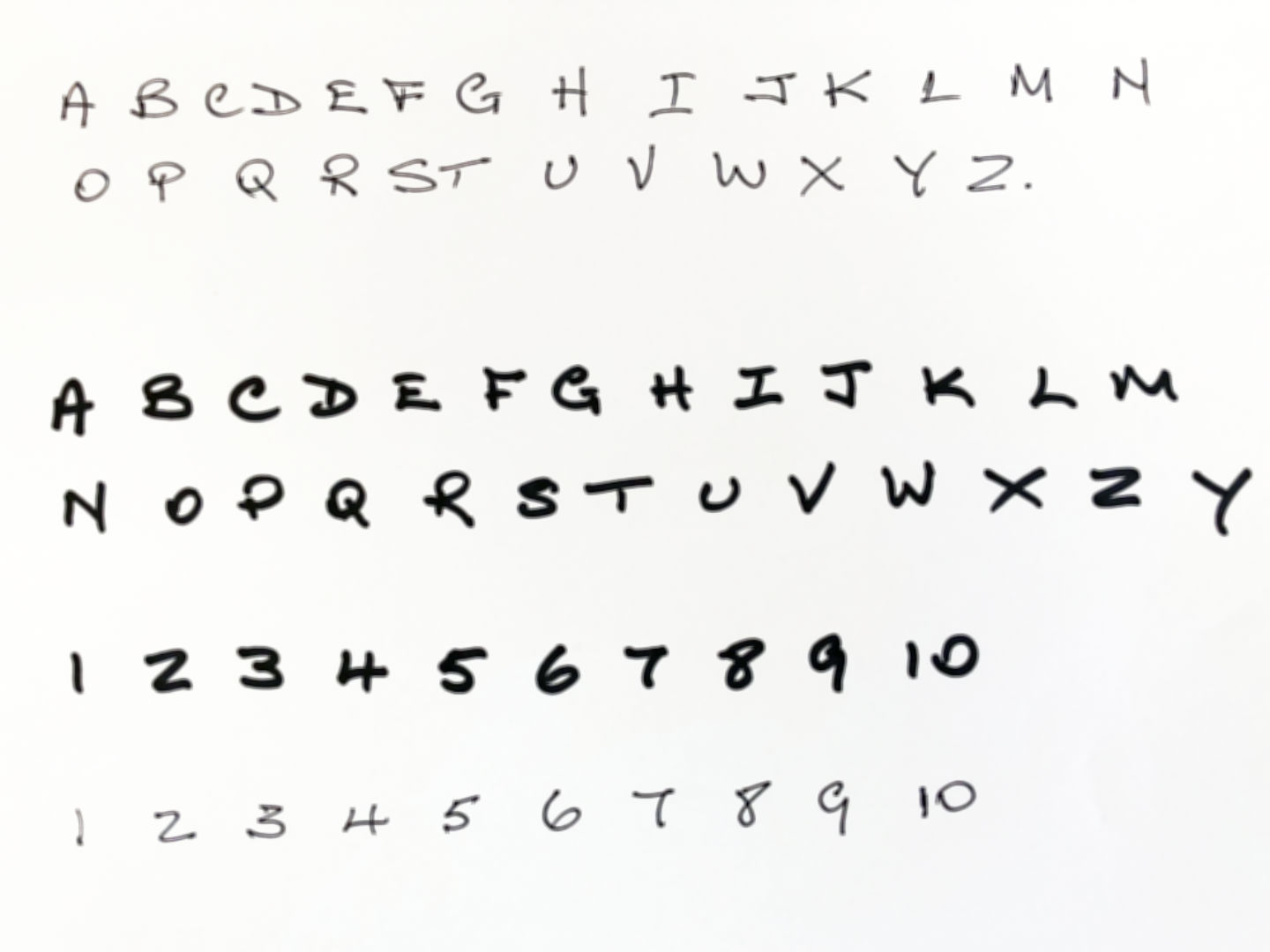 Lastly, we had the sound. I’ve always wanted to do foley for sound, so I got as many props and tools as I could. My partner Megan, friend Sul and I recorded hundreds of sounds in my stripped back bedroom, covered in sand, metal, wood, water, flip flops and old dish rags. Arguably this was the most enjoyable part of the production. Either that or John giving us an open top Jeep to drive around the islands for a week so we could pretend we were in The OC…