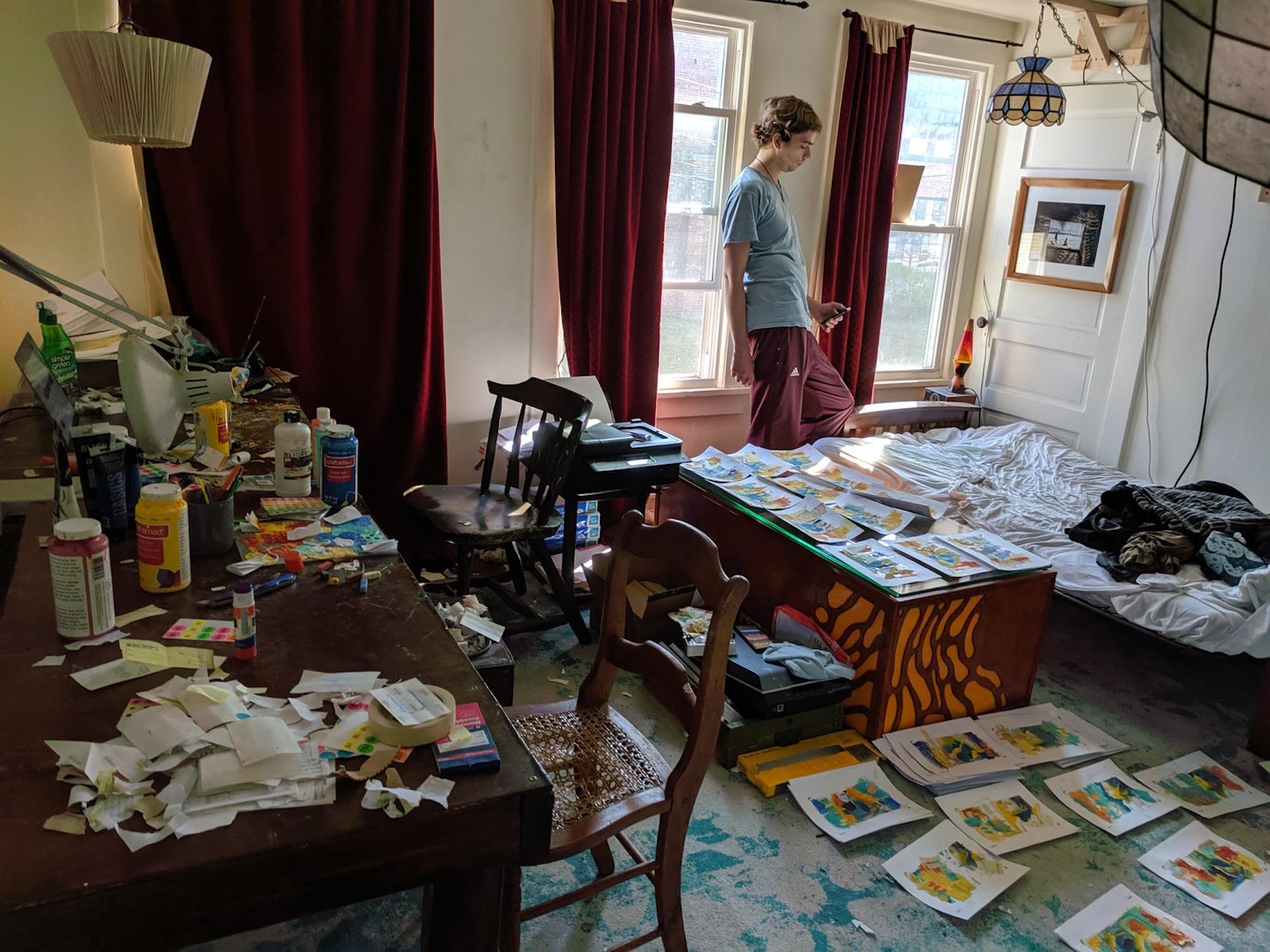 When you really sit down and think about the number of individual images we each consume a day, the results can be quite baffling. Under capitalism’s guise, the advancement of technology has seen more and more images populate our periphery on a daily basis with the hopes of each of us seeing something which triggers consuming in some way, shape or form. Directing duo rubberband. make a speedy return to DN following their promo for Lewis Del Mar’s The Ceiling with a brand new music video for the Rockaway Beach twosome entitled TV. By animating four miles of hand papered images the video perfectly captures the essence of the modern world’s constant visual deluge while articulating the band’s political lyricism. An impressive feat of filmmaking we were very much excited to speak to them about.

Who came up with the concept, yourselves or the band?

It was a result of a number of conversations between ourselves, the band and James Siewert our co-director. The band challenged us to visualize the idea of overconsumption of media which is explored in the song’s lyrics. We internally thought and talked a lot about what the unthinkable quantity of imagery we’re exposed to daily does to our ability to retain information and how it transforms our reality. That experience has its own rhythm and in a way becomes its own unique object. The objective became translating that idea.

What did the preproduction stage look like? Was it a case of working with James to establish how the video would look?

Exactly. We need to pause here and give James the lion’s share of the credit in really embracing the arduous task of creating and overseeing four miles of physical images. There are behind the scenes images we can share that show how truly herculean of an effort this was. We’re talking with the band now about auctioning off every frame for charity because frankly there’s so many it can actually generate some worthwhile contributions. James oversaw an insanely dedicated team of animators including Christine Pfister, Sophia von Haeften, Ben Duff, Kao Cheng Kai.

How were the band to work with, did they allow for creative freedom?

Danny and Max have become incredibly close friends over the years. We did a video for their song Painting in 2016 and have sort of been along for every step of the journey since. This project took a tonne of iterating and refining, but we’ve established such a creative and aesthetic shorthand that those discussions have become incredibly streamlined. There’s certainly a lot of strong opinions but we all feel grateful that ultimately the best ideas win out no matter how hard they’re stress tested.

We talked a lot about what the unthinkable quantity of imagery we’re exposed to daily does to our ability to retain information and how it transforms our reality.

How smooth a process was it in executing?

Again, here’s where we take zero credit and kneel before James and his team. Simon edited together a full video that served as the base layer, the images that run through the ‘film-strip’. That served as our guiding visual continuum to build and rip and tear a world of images on top of.

It’s a beautiful and visually-packed video, are there any Easter eggs or hidden images in there?

Far too many to count. It’s been fun seeing people continuously discovering images and relationships between images as they continue to rewatch the piece.

You both work across a variety of mediums, what is it you enjoy about being multidisciplinary filmmakers?

It’s pretty simple for us. We’re drawn to lasting ideas and that can take any number of forms. If we can express an idea that we feel strongly deserves to exist, we’re all in.

We’re in the process of what for lack of a better term we’ll refer to as a visual album for our friend Topaz Jones. We’re incredibly excited to share it with the world.