Lewis Arnold on Creating Directors Now, An Essential Document for Filmmakers Breaking into the Industry

For aspiring filmmakers, getting the right information about breaking into the business can be difficult, especially if your circumstances don’t seem to be the same as anyone else’s. Now with the pandemic wreaking havoc on film productions, young directors have found themselves unable to get even the smallest foot in the door. DN alum and prolific TV Director Lewis Arnold (behind shows such as Banana, Humans, Dark Money and the recently released three-parter Des, starring David Tennant), wanted to help young and aspiring filmmakers, and so embarked on the Herculean task of collating a 105-person strong document drawing on the experiences of a diverse group of directors. Entitled Directors Now, it provides a roadmap to success from those who have already navigated their way through the business. We invited Arnold back to Directors Notes to learn all about his much needed project.

When did you first get the idea to create Directors Now?

I was teaching back at the University of Gloucestershire when COVID-19 struck. The students were really despondent about the fact they were going to graduate without making their graduation films. They were about to enter an industry that had essentially shut down. I wanted to do something for them. I decided I would ask a few friends who were directors about how they got their break. It went from putting it in a document to going: “I actually need to do better than this.” I got 41 filmmakers together and sent it to the students. Once we delivered it, the filmmakers, students and lecturers all kept mentioning that it was a valuable resource and that I should consider doing something with it.

I think it was really important to get a unique array of voices and disciplines.

A friend of mine put me in touch with Neville Pierce, a director who used to be a writer for places like Empire and TotalFilm. He suggested that the two approaches were to publish it professionally or make it available online. I never wanted to make money from this. One of the ideas that appealed to me was making it a free document that anybody could access and read. Then I got attached to the idea of growing it to 100 filmmakers and making it free to download online.

Why did you restrict it to just five questions?

I wanted to keep the number low. When you’re asking a director or any filmmaker questions about their breaks or careers, from my experience it can be quite time-consuming to give good answers that fulfil the question in a quick time. I thought if I gave them fewer questions they might answer them more fully and openly. I tested it on myself, and which five questions I would need to ask myself to give a student or aspiring filmmaker a sense of my journey. I tested them on two of the original 41 who were friends, and it worked, so I knew that those were the questions I needed to ask. 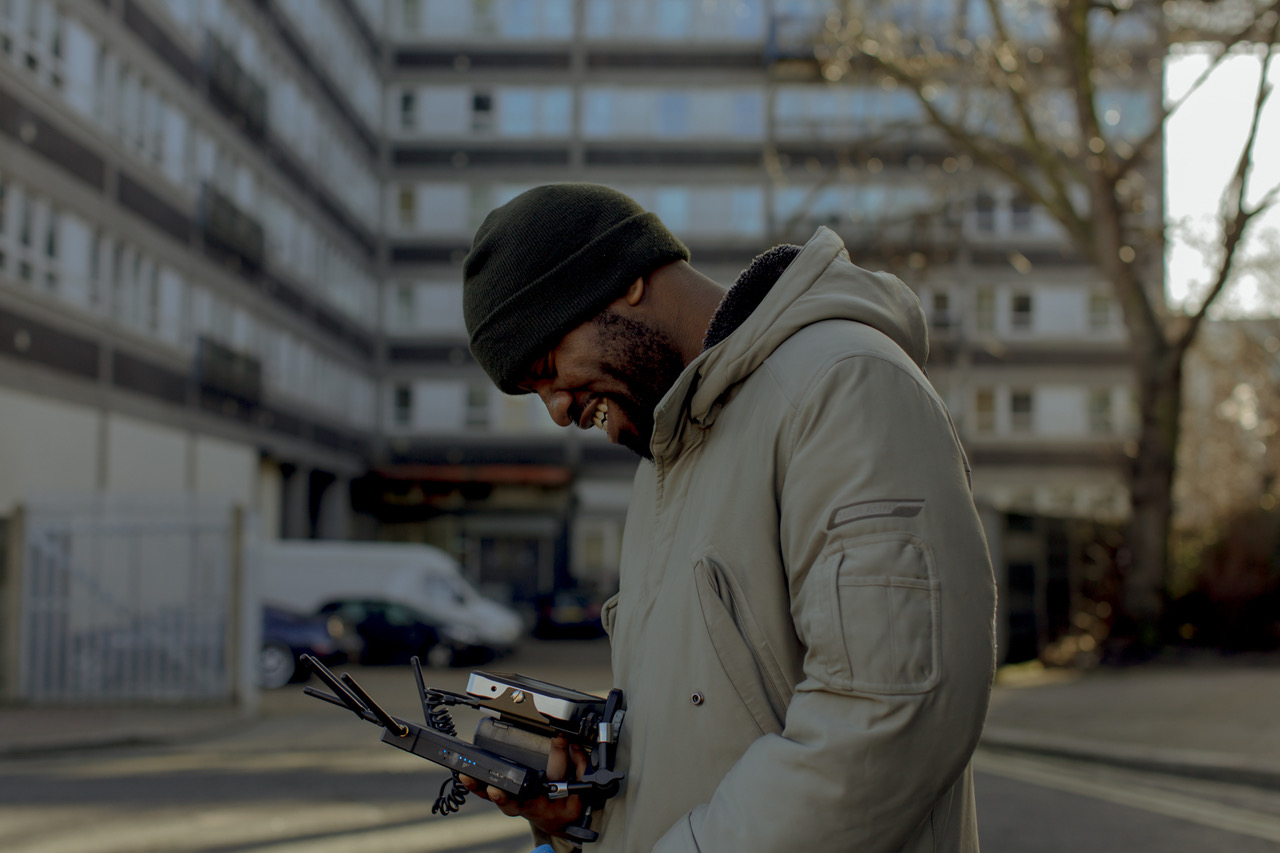 Did you want to have a diverse array of voices?

I think it was really important to get a unique array of voices and disciplines. There are documentary filmmakers, commercial filmmakers, and fiction filmmakers. As much as I could, there’s an equal footing of women and men from various countries and diverse communities. I want anybody that reads it to recognise a voice within the document that they can relate to.

I think there are many stories in there that are hopefully a thing of the past.

Do you think directors are the only target audience? As a critic, I also found it an amazing insight into this craft!

I set out specifically to make it for aspiring filmmakers. But I do think it’s also relevant for established directors to see the way other directors work and to consider their journeys. I found it incredibly useful myself to read all 105 interviews. So it’s not just for aspiring filmmakers, but also directors who might have an interest in certain areas, for example documentary directors who want to break into drama or drama directors who want to break into commercial work. And I do think that other crafts — editors, producers, cinematographers — would find it useful. And that goes as far as critics, or people just interested in filmmaking. 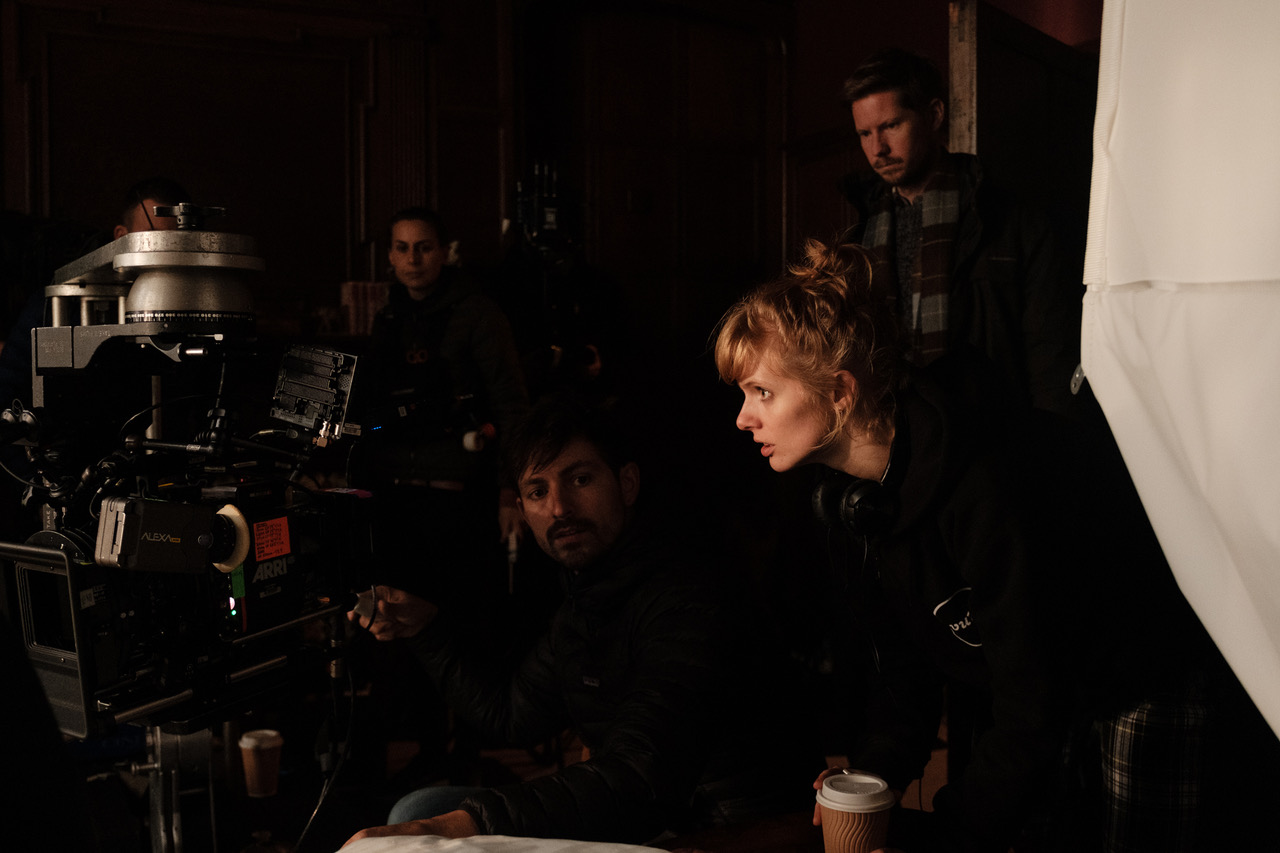 The industry has changed significantly over the past few years. What do you think the biggest changes have been yourself?

I haven’t been around that long to give a full and rich answer to this. From my experience, one of the big things that changed was that a lot of them did a scheme called Coming Up, from Channel Four. It feels like it’s no longer running in its old format which would allow six filmmakers the opportunity to make a half-hour film that would be aired on Channel Four. Lots of people seemed to break through via that programme so there’s a bit of a void now. I also think there are many stories in there that are hopefully a thing of the past. Lots of female and diverse filmmakers talking about their experiences and stumbling blocks, something we hope becomes less relevant if someone did this project in ten years time.

The plan is to just continually update the website with new directors when I find time in my schedule.

You got funding from the National Film and Television School, how much did that help?

Massively. All of it was done in my free time. I didn’t have any money to invest in it: from financing the website to paying someone for proof-checking. The National Film and Television School stepped in and gave me a set amount of money to achieve that. I’m incredibly grateful for all of their support.

As someone who interviews a lot, I know how time-consuming it can be. What was it like collecting and editing ‘105’ interviews?

It took a ‘lot’ more time and energy than I expected. It was incredibly time-consuming. I didn’t quite enjoy chasing and pestering my peers but it was worth it in the end. It was so lovely hearing about and meeting lots of filmmakers I’d never met or spoke to before. I found it an incredibly rewarding thing to do.

Were there any things you read that you wish you knew before you started directing?

Stuff from lots of first time filmmakers — Rose Glass, Nick Rowlands and Eva Riley — will actually help me move forward as I plan to make my first film. So actually, it wasn’t things I wish I knew, but it was actually finding things I’m glad I know ‘now’ moving forward.

Do you want to expand this to other professions within the film industry?

I’ve been waiting to see how this one goes down. But I’ve been chatting about doing a producer’s one, as producing is an incredibly difficult career to navigate in those early years. There’s something in hearing from producers about their struggles and obstacles they’ve had to overcome. The plan is to just continually update the website with new directors when I find time in my schedule.

Head over to Directors Now to read the insightful collection of interviews.