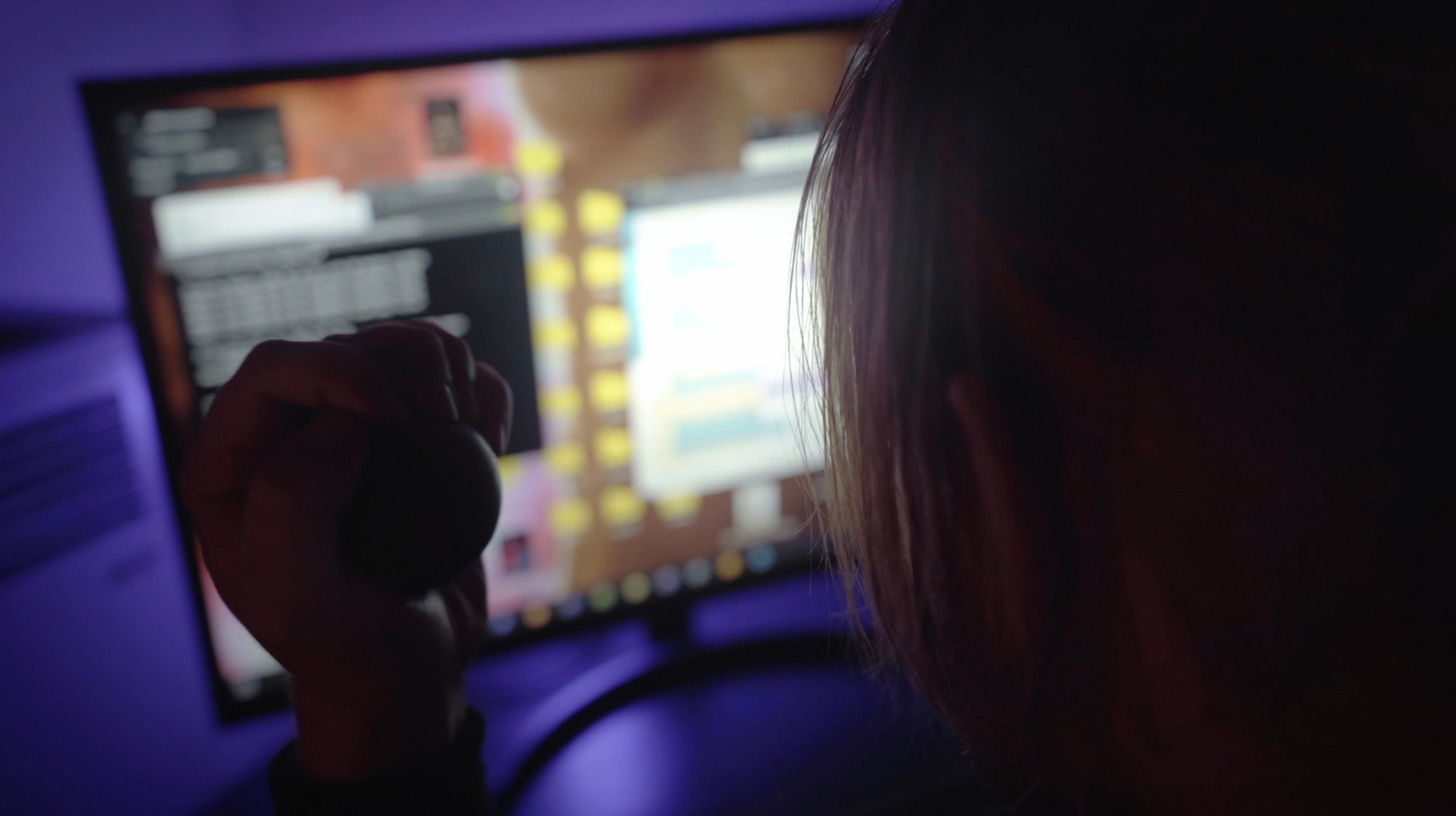 In an age of AI where companies are buying, selling and mining our personal data in order to fire out targeted ads and make our scrolling stickily addictive, the loss of digital privacy has become one of our greatest fears. DN alums Saman Kesh (last seen on DN here) and Justin Daashuur Hopkins’ (Vanishing Twin) music video for Makeup and Vanity Set’s Algorithm plays on this anxiety by asking, what would happen if an automated shopping service dug into your personal life? It’s a brilliant video which taps into that paranoia with great effect. We had a chat with the duo to discover the roots and lockdown production methods of their technophobic concept.

What inspired the concept of an AI doxxing a consumer?

With a limited budget, we had a hard time locking on an idea we could pull off. Finally, when Covid hit, we knew we had to do something with very little to no human interaction. Saman had done several interesting digital U.I. experiments and we thought it would be great to make a sci-fi thriller all with U.I. We wanted it to be dark, cheeky and playful but also provocative.

The grinding existential stress was getting to be too much for us so we decided to do something productive with this rage.

To what extent did these troubling times influence that idea and its creation?

We started working on it in April/May and it wasn’t until the George Floyd tragedy happened that we got very serious about the story. Saman was trapped in the desert in his AirBnB and I was in quarantine in LA. We felt powerless, angry, and also bored. The grinding existential stress was getting to be too much for us so we decided to do something productive with this rage. We decided to let the viewers vicariously live through an AI as they cancel an internet troll.

Were you concerned about creating a music video that people had to read, essentially?

We knew the story was 100% the driving force of this video and if we were going to have people read a music video, we needed to make sure the story was compelling and utilised the tools we had to elevate the story.

How did you develop the visual image of the U.I.?

For this project, we wanted it to be faceless and paint a picture of this troll through U.I. and his responses. After all, troll’s are anonymous… you only know them through their online presence. So, while our graphic designer and VFX Artist Alan Mykitta was working away on U.I. designs, Saman and I were writing the narrative. It was very hard because we had to rely heavily on our imaginations, not knowing exactly what the camera moves would be and the way the U.I. would look. But once we designed the look slowly and Alan sent us a work-in-progress, we felt good and could naturally tweak the story as needed to maximise the narrative that you see today.

What was the process of remotely directing like for you?

It was a challenge because we had to filter every single idea through Alan. Unlike VFX work where you communicate notes to the artist based on a preconceived idea that was agreed upon, you are creating as you go, but you create with a note to the artist and then you can’t see your creation until a couple days later. It was creativity… but with a slow internet connection. Massive lag between each idea, taking a couple days to see if it was working or not. And if it didn’t work, we tried another idea.

You also used a small crew, I’m assuming, for the wide shots of the desk?

The 5% live action was shot with a five person crew with a Sony A7s. Jason Tippet really maximised the look and made our little film school vibe look awesome. The rest of the video is created with After Effects, Photoshop, and Justin and I would rock Premiere to lock the cut and tighten tweaks as well as grade.

It was creativity… but with a slow internet connection.

How long did it all take and how do you guys feel now with the video out in the world?

We were working with the unprecedented variable of the pandemic and our other film projects, so it happened on and off over the course of three to four months. We would be liars if we said most of the labour was us. Alan is the MVP on this project and spent a lot of late nights going through some awful things to get this to look awesome. We thank him for being patient with us.