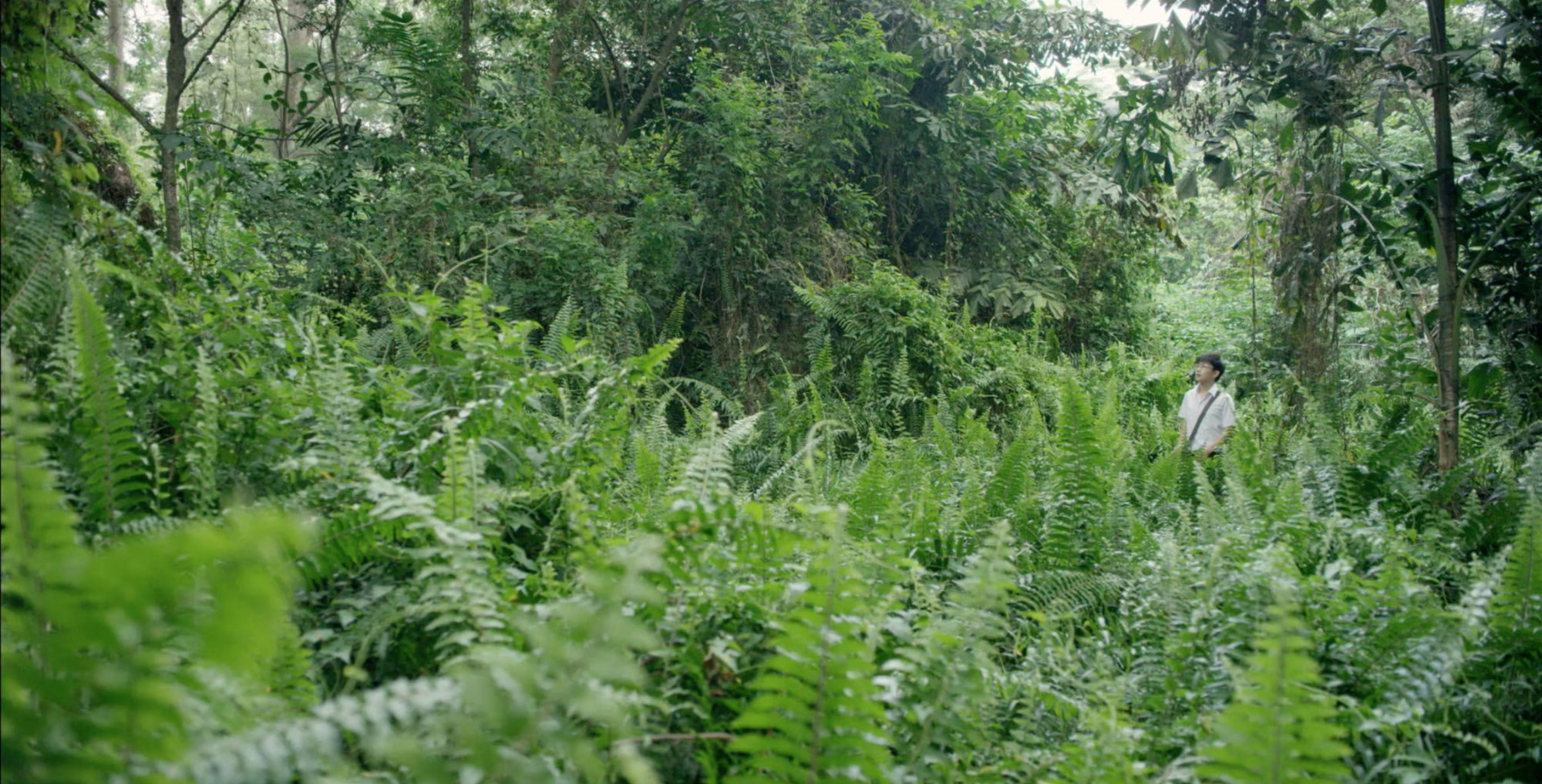 As a small country, Singapore has always relied on foreign workers. In Melodi, a lovestruck young boy sees an Indonesian caretaker being poorly treated and believes he can do the right thing to help her. But the adult world isn’t exactly what he assumed, as witnessed in Michael Kam’s gently observed short film Melodi. Making its online debut today, we talk to the Singaporean director about his experiences in the Berlinale Talents Lab, casting his own son, and sourcing traditional Indonesian music.

What drew you to this story?

When I make my films there’s always some kind of personal element to it, but one thing that was interesting was this comic book of a fantastical character I saw. It’s an Indonesian version of Wonder Woman, and the cover of the comic book features the character floating in the air, just like the image in my film. So this image stuck in my head, which I transplanted into the film.

So you tried to build a film around that image?

Yeah. Then the other thing was the metaphor of birds and cages. If you look in Singapore, around 70% of our population is in Public Housing. Some blocks tend to be built with doors that are like cages, so that also became an influence in how I tried to put together the elements for the film. The place I ended up filming was one of the earliest housing blocks in Singapore.

Was there a lot of locating scouting to find the right kind of apartments?

There was a lot of knocking on doors. There are several blocks that were like that. The challenge making the film was that the two apartments had to be almost next to each other. So we had to find residents that were agreeable to allow both the adjoining apartments to be filmed.

To me, the story seems to represent that moment in a boy’s life when he realises his attraction to the opposite sex and the misguided ways he wants to express himself. How did you want to represent that?

Yes. The boy at the end of the day is still a boy. He doesn’t understand. What I was trying to depict is that things are not as simple as they appear. What she does eventually reflects that as well. She has her own issues that we don’t know of which is why she will continue to work for this person. So I guess it is a little bit of a coming-of-age story for the boy in the sense that he understands a little bit more of that as the story progresses.

It seems to be told from the child’s perspective while the film itself has this adult sensibility. How did you work on that balance?

When I made the film I wanted it to reflect the reality. Although it’s a boy’s perspective and fantasy, the audience can see that it’s more than that. For the caretaker, it’s not easy to be day-in-day-out serving someone, and they don’t have much of a break. Also the boy is living in the opposite apartment with his father and he can hear the things that happen and can’t do much about it. Through the story, it shows a form of empathy, a connection between the boy and the helper.

Although it’s a boy’s perspective and fantasy, the audience can see that it’s more than that.

Did you want to make a comment about how foreign workers in Singapore are treated?

We read the horror stories here about foreign workers being ill-treated but the fact is that there are a huge amount of foreign workers in Singapore in different capacities. They can be helpers, caregivers, construction workers or service staff so there are really quite a lot of people in that sense. With this short film, it’s just one facet of that, but I guess it shows a little bit of it.

How did you create the fantasy sequence where she floats in the air?

Visual effects. It was one of my first times dealing with visual effects and it wasn’t easy. It’s costly too. I worked with a company in Singapore that does some TV commercials and movies and they agreed to help me with this. So there was a visual effects supervisor on set to tell us what to do with the shots to make sure that we could achieve what we wanted.

Melodi was developed at the Berlinale Talents Lab, how did that experience help you to shape the film?

You cast your own son as the lead. Why did you want to direct him and what was that experience like?

It was one of my first times dealing with visual effects and it wasn’t easy.

Is the lullaby in the film, talking about a mosquito that will bite you if you don’t go to sleep, Singaporean or Indonesian?

This is an Indonesian phrase. I worked with a music arranger for that and it was a very interesting thing for me. I went to Indonesia to record the music for the film. It was a great experience. The arranger at the very start introduced me to possible songs and this one was magnetic to me. I felt it really had the potential to suit the film.