Eric Garner. Fred Hampton. Eleanor Bumpurs. These are just three names among countless Black people who have been murdered at the hands of police brutality. Even though 60 years have passed since Martin Luther King told the world that he had a dream of racial harmony, these killings still happen with alarming regularity. Inspired by the events of this summer that unfolded after the murder of George Floyd, Sally Tran’s 60 Years and Still is a powerful indictment of the continued cost the status quo has on Black lives. We spoke to Tran about restricting herself to just ten victims, the unique colour palette of the film, and creating this entire table top, mixed media short in-camera.

After watching the film and reading our interview you can learn more about the cause by visiting the 60 Years and Still website!

While there’s always been discrimination and oppression of Black people in the USA, the murder of George Floyd has seen a renewal of urgency worldwide. Did the BLM protests this summer inspire your film?

I’m not an American myself. I grew up in New Zealand, my ethnicity is Vietnamese and I spent a lot of time in Vietnam. I guess that moving and living here in the USA for the past five/six years has been really interesting. Just reflecting on all the racism that I encountered when I was younger. Obviously, racism is everywhere, not just America. I think the pandemic happening at the same time as the impact of the George Floyd killing just switched something. I feel like most people were affected by it in some way.

When I decided to do something, I was in New York; there were lockdowns with the pandemic and curfews due to the protests and, I guess, riots. I just sat down and thought: “What can I do as a filmmaker to contribute to this cause?” As a non-American, I didn’t realise how bad it was until I got here. So I think that was the reason I made this film; to lightly touch on these topics you wouldn’t know about unless you were really there encountering it every day.

How does it contrast with New Zealand?

New Zealand is a small country, an island, there’s not even five million people who live there. The racism that I was experiencing there was more ignorance-based. I have probably experienced it more in New Zealand than New York where there are just so many Asian and Vietnamese people. But when it comes to the history of Black people in America, it’s traumatising and exhausting to look at. I can’t imagine being Black and living in a small town which is predominately white and right-wing. 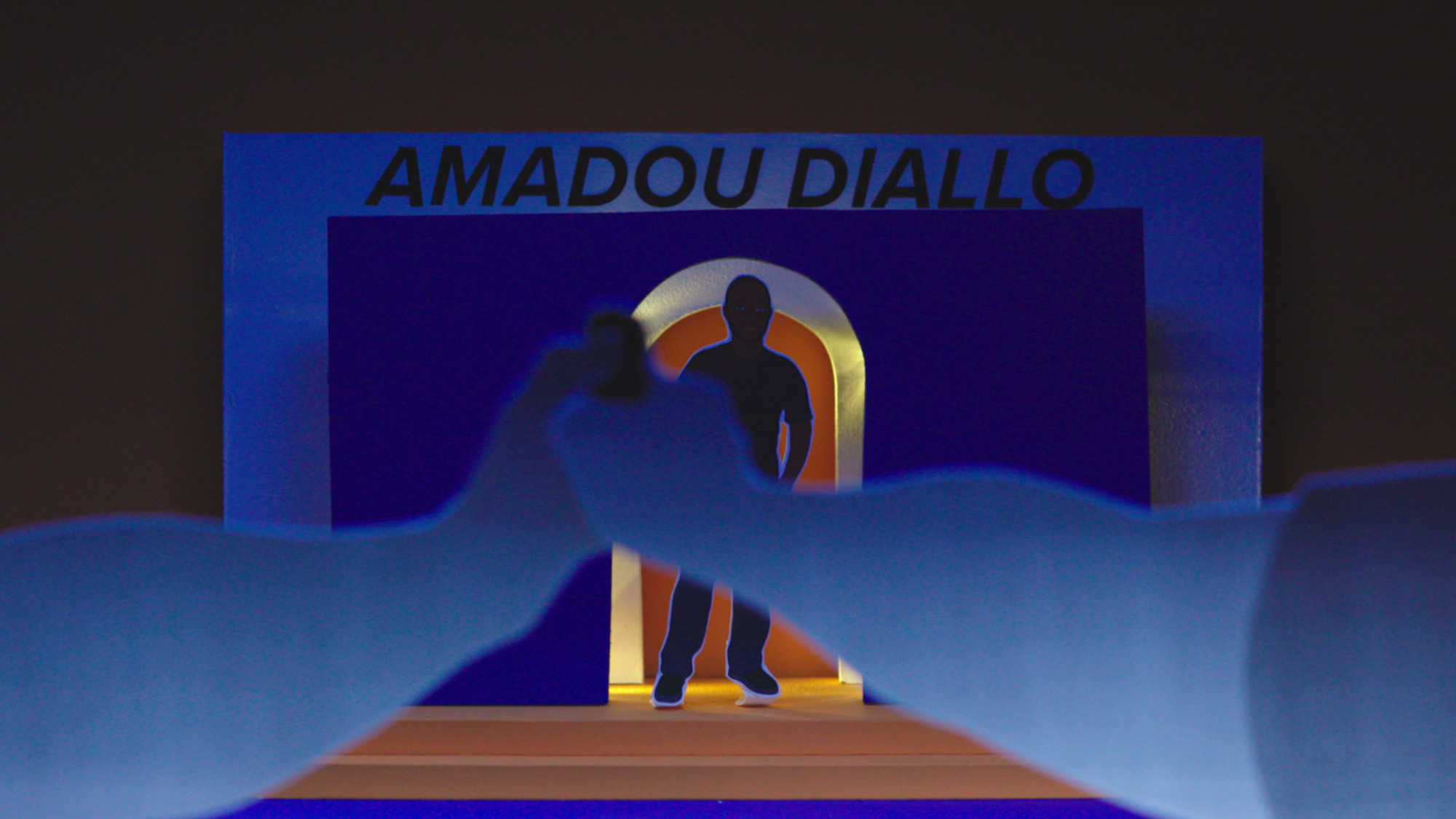 There’s also a contrast between the history. It’s so horrendous that they don’t learn everything. In New Zealand we learn about the treaty of Waitangi, the indigenous people, and Te Reo, which is the indigenous language of the Māori people. I think that this lack of education is a huge reason why racism is so strong. It’s not until you’re a teenager that you start learning what has been so horrible about the history of America. That’s another reason why I wanted to present this film in a certain way where it could be shown to younger people to help them understand a little bit about what’s been going on.

I thought it was important to have female victims as well.

Was it hard to just pick ten people, considering the huge legacy these killings have cast over American history?

I started writing and finished this film in 28 days. It was a very quick turnaround. When I started my research, I reached out to some of my friends here in America who are Black for their thoughts. I sent them my collection of different people who I felt could be a part of the story. We wanted to show how it hasn’t changed over time 60 years from Martin Luther King’s speech. It definitely wasn’t easy to say this person over that person. Then I was looking for archival footage and it just sort of came together. I definitely wanted to have a diverse group of people from different cities in America. We ended up having a few from New York, but I thought it was important to have female victims as well. 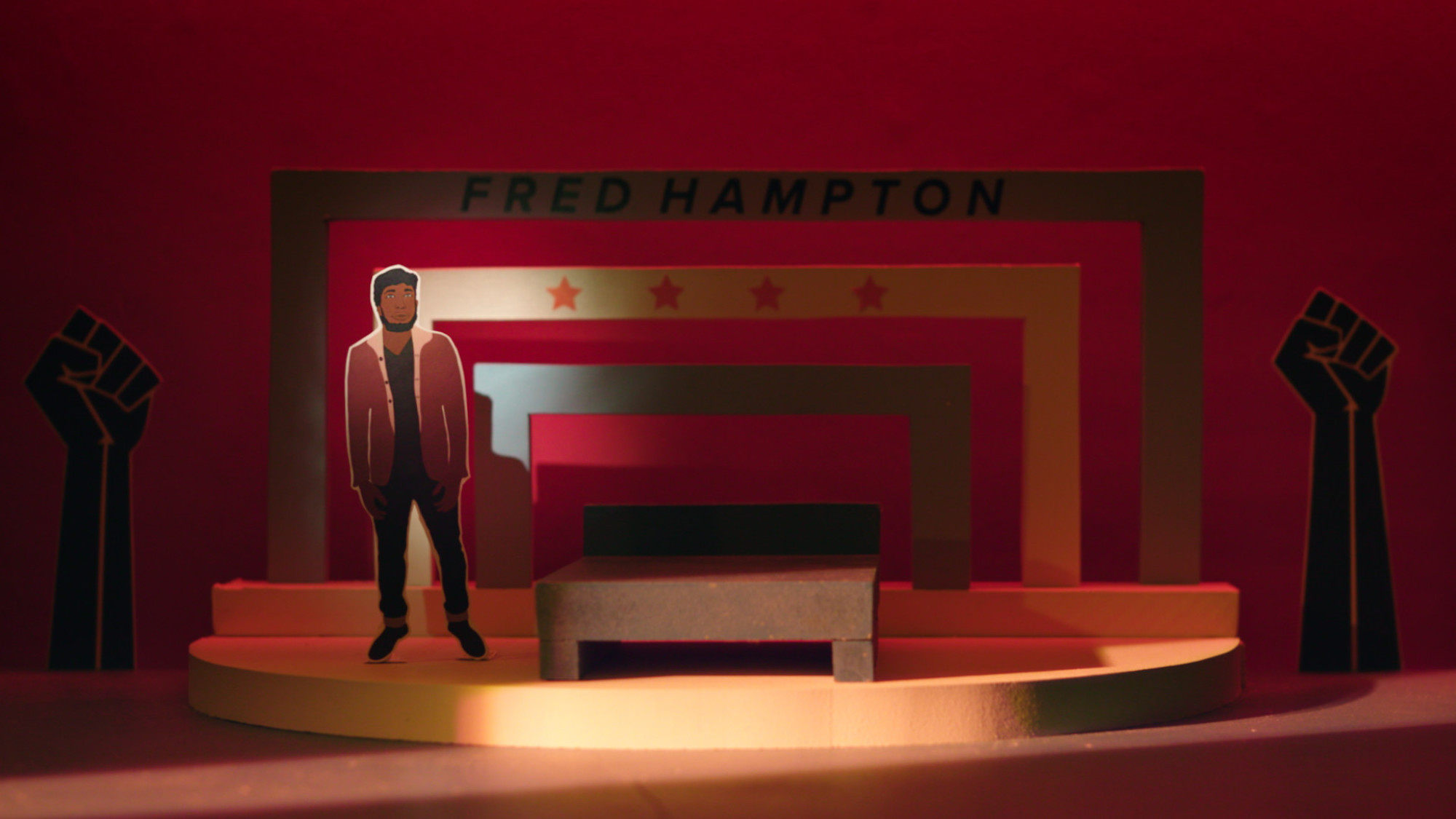 Walk me through the process.

The inspiration was: “How can we make this so it’s not a heavy, explicit documentary?” Watching the George Floyd killing on social media was just so traumatising. I wanted to create something that still had that impact, but present it in a way that was powerful yet not traumatising. So we used simple vector illustrations based on the incidents that we could find online. We had all the cops in black and white with the victims in colour so we could have that contrast between them. The visual process was to have this very fluid film so it feels like one shot. We ended up shooting and stitching three shots together.

Are the transitions all in-camera?

It’s all in-camera. The reason for that was just to make it feel like you’re going through this timeline. You don’t break away from an edit or anything like that. It’s one big problem. There was panning with the sets being physically moved from one place to the other. For example, the Rodney King set splits into two to reveal the protests and riots that were happening in LA. We had a very small crew: a DP, myself, an art director and an assistant.

The colour palette is very striking as well! How did you think through it?

The colours were inspired by the flag design of the state or city. Eric Garner and Eleanor Bumpers are New York colours; yellow, red and green. Breonna Taylor is the yellow and the blue. Also, the line work matches with the line work of the flag too.

I think the concept of “defund the police” is so radical to the majority of Americans.

The film works backwards, starting with Breonna Taylor, before looping back to George Floyd. Did you want to show that despite the civil rights movement achieving its primary aim, nothing has fundamentally changed?

I had a long conversation with two EPs. One is Black and the other is Black-Korean. Structure was a big conversation between the three of us. I was pretty strong about this because I thought it would be more interesting in staying with the story. If you present Martin Luther King straight away it would be a different reaction. I was trying to keep people invested as we go back in time. I definitely wanted Breonna Taylor, as a Black woman, to be the first person featured.

If Joe Biden wins [this interview was conducted during the US election week] do you think there will be a systemic shift in policing?

I think the intention of the democratic party is to make those changes. But when you hear Joe Biden talk about police brutality, he is for the majority so I don’t think there’s going to be a big enough of a change. I think the concept of “defund the police” is so radical to the majority of Americans even though when you break it down it makes sense. It’s not really about taking money away from the police, it’s about taking resources and putting it towards people who are going to be more helpful within the community. There are so many issues in American society, so I’m not hopeful that that’s going to change immediately. If I were a politician I wouldn’t know myself how to approach that in a way that works for the system we’ve created.

60 Years and Still is one of the many great projects shared with the Directors Notes Programmers through our submissions process. If you’d like to join them submit your film.