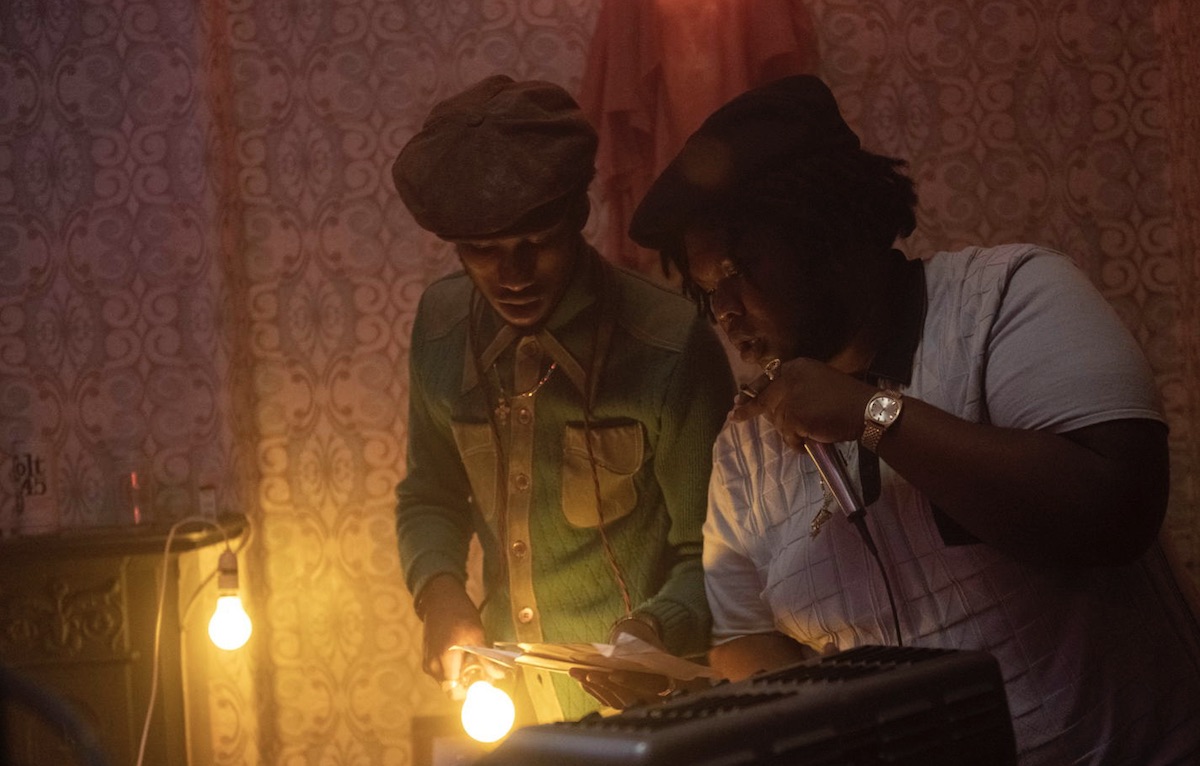 2020 has been a tough year. For most of us, we would have large portions of the last 12-months where we wish we could have been somewhere else, doing something else. For a lot of us, we turned to the screen for escapism and for me 2020 was somewhat of a golden year for features – the fact that I watched enough features to contribute to these lists is a testament to that (I only watched about 10 features in 2019, so didn’t partake). Though I used film to escape the tragedy and horror of everyday life, don’t expect a lot of lighthearted romps in this list, as my cinematic tastes swayed even more towards the uncomfortable and the unsettling in 2020 – thinking about it, that sounds more like reality than escapism!

You’re bound to notice a recurring theme in this list – the inclusion of directors making the transition from short film to feature. As Managing Editor at Short of the Week, I’ve followed director Elizabeth Lo’s work for a few years (having featured two of her shorts – Hotel 22 and Mother’s Day – on the site) and instantly bonded to her filmmaking approach. A lean 73-minute vérité doc centred around Zeytin, a stray dog living life on the streets of Istanbul, by following its canine lead Stray manages to touch on multiple themes and proves a surprisingly insightful and emotive watch.

As a huge fan of the 2017 short film of the same name, I’ve been wanting to watch Ly’s explosive debut feature ever since I found out it was in the works. With obvious, if slightly unfair, comparisons to La Haine with its story of police brutality, this Cannes and César Award winner feels like a must watch film of 2020.

I rediscovered a love for horror in 2020 and a large part of that has to be down to Natalie Erika James’ impressive debut feature Relic – Alongside Rob Savage’s truly terrifying Host and Remi Weekes’ distinctly original His House. While Savage’s 60-minute feature haunted me for weeks afterwards (I’m still afraid to use Zoom in the dark) and Weekes used the genre to tackle prescient issues of immigration, James’ feature ultimately made it on to this list as it made a very different kind of impact on it. A horror with heart, James does a fantastic job of balancing fear and affection in her “haunted house” feature, which was inspired by her grandmother’s mental state – as her Alzheimer’s worsened. If you like the feature, be sure to check out the short that inspired it.

I know I should probably include Steve McQueen’s Small Axe anthology here as a set – they all had something different to offer – but Lovers Rock was the film that stood out strongest for me and the one I been thinking about long after the bass stopped reverberating. Arguably, the message of McQueen’s 70-min film may not have been as strong as some of his others, but the tactile sensual filmmaking combined with the head-nod soundtrack means it’s been stuck in my head for weeks now. Described as “my musical” by McQueen, the harmonious scene where the party-goers sing-along to Janet Kay’s Silly Games will be a cinematic standout for many this year, but as a Dub fan, like the revellers on screen, I lost my mind when the DJ at the house party dropped The Revolutionaries’ track Kunta Kinte. A joy-filled film where you can almost smell the smoky atmosphere, taste the red stripe and feel the bass, put Lovers Rock on rewind, I’ll happily watch it again.

As someone who watches a shit-load of short films every year, I’m not a man with much patience for epic three-hour films any more. I like my features lean and to the point, films that know how to trim the fat and get to the action at hand – Green’s claustrophobic 87-minute feature The Assistant is a prime example of this. Inviting its audience to spend a day in the life of Jane, a young female assistant to a powerful executive (brilliantly portrayed by Julia Garner), as she undertakes her demanding role and slowly begins to awaken to the fact that her boss is a sexual predator, the impact from the restrained storytelling is brutal.

There were some fantastic performances in 2020 (you need look no further than the two leads in my no.1 pick for some of the best), but the one that impressed me the most was Riz Ahmed as British Pakistani rapper Zed, in Bassam Tariq’s debut feature Mogul Mowgli. If you follow Ahmed’s career closely, you’ll probably be thinking that role doesn’t sound too demanding (Ahmed released his 2nd rap album The Long Goodbye in 2020), but as Zed’s life and career start to spiral out of control, we get to see Ahmed at his captivating best. Confidently directed by Tariq (Ghosts of Sugarland – available to watch on Netflix), it’s an insightful, haunting watch expertly tackling themes of identity and family.

When the surname Cronenberg is attached to a film, fans are going to have certain expectations when it comes to the narrative and filmmaking approach. It may feel unfair to compare Brandon’s fledgeling career to that of his father’s, but if Possessor is a benchmark for what we can expect from the burgeoning director’s work, he’s going to make fans of a certain kind of cinema very happy. Playfully smashing through the borders of genre, like they were paper walls, Possessor is a violent, head-fuck of a thriller with elements of sci-fi and horror mixed in for good measure – expect blood…lots of blood.

If my number 1 pick feels like it perfectly captured the unpredictability of 2020, then Amy Seimetz’s deeply unnerving She Dies Tomorrow felt like it bottled the shadow of dread that’s hung over the majority of the last 12-months with shocking topicality. With a narrative centred around a pandemic of fear, we witness crippling anxiety pass from one subject to the next, all the time thinking “this feels all too familiar”. It’s a film that sounds like it should probably spread that same debilitating dread to its audience, but it feels so relevant, and again so distinct, I couldn’t help but feel somewhat invigorated by it.

It’s crazy to think that Bong Joon-ho’s Oscar winning-film Parasite isn’t my top pick for 2020 – I really thought it would be when I watched it earlier in the year. After falling for the director’s work when I fell in love with his 2006 monster movie The Host (which was in my DN top ten that year), his filmmaking consistently continues to surprise me all these years later. There’s not much to say about Parasite, that hasn’t been said already – it’s gripping, shocking and tackles universal themes that will make it relevant for decades to come.

The insanity of real-life in 2020 seemed perfectly encapsulated in some of the bat-shit crazy films I immersed myself in throughout the year, but nothing felt like it touched the intoxicating excess of Robert Eggers’ modern masterpiece The Lighthouse. I’ve realised over recent years that what I’m truly looking for in film (and storytelling in general) is to be surprised. Sure, I want emotional engagement, but what I really get off on is originality – heart-pumping, mind-bending originality and Eggers’ 2nd feature has that in spades.