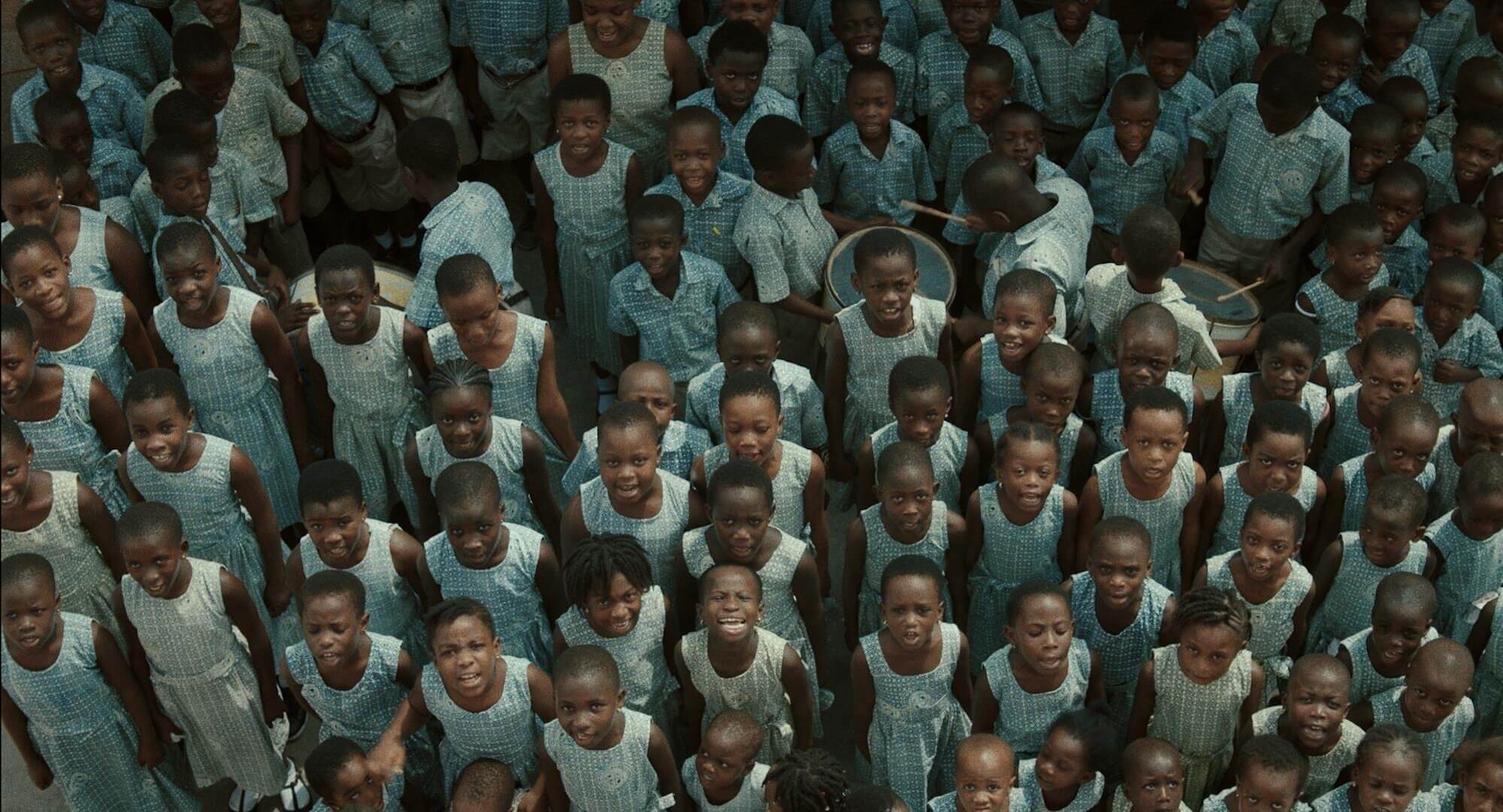 When Matilda and Prince are taken in by an alluring stranger, the young pair embark a life-changing trip. Set on the vibrant coast of Ghana Anthony Nti’s Da Yie captures both the bustling worlds of youthful abandon and thriving criminality in equal measure. He uses his camera to follow Matilda, Prince and the Bogah, the stranger who they encounter, close and loosely, capturing the drama that unfolds through their impressionable world view. It’s a thoughtful and humanistic film about unexpected connections between people and it all culminates in a difficult moral dilemma. DN spoke with Nti about his humane tale, the process of shooting on location, and evoking the palpable energy of Ghana.

What inspired this story of a foreigner in Ghana and the moral dilemma between his work and these children?

The major theme of the story is peer pressure, it’s something that connects both the adult world and the playful world of children. Growing up, I have actually been in a situation similar to the children in the movie. I found myself in a place with some dangerous people, egged on by my friends and older figures. Blissfully unaware, I was rapping and having fun, only later did I realise what danger I was in. Who knows what may have gone wrong? I chose to relay this sense of danger through the point-of-view of the foreigner or the Bogah, who in fact does have ulterior motives with the children of the story. Because I understood that the same pressure I experienced as a child, carried over to the adult world.

The Bogah is given the assignment to find two children by his gang. The two children he meets, Matilda and Prince, are lively and fun. Matilda constantly pressures Prince to do things he does not want to do. Similarly, the Bogah is in his own way pressured by his gang to do something that in fact goes against his morals. I wanted to explore this theme and what it could lead to in a story that’s both fun and frightening.

How did you find the process of shooting in Ghana?

The film was shot with a small budget and a professional crew of five people and some family members: my dad was the fixer, my aunty did the catering, my nephew was the location manager… It was a great learning experience, which bonded us and made for a unique, intimate way of working, but perhaps not the fastest. The film brought other challenges as well. Logistically, going from one place to another, no matter how close it was, took us hours. We spent most of our time stuck in the notorious Ghanaian traffic jams but this helped us to be efficient since we had a limited amount of shooting time.

The energy in Ghana bonded us and made the challenges all the more bearable, which made us do the impossible.

Another big challenge was our opening scene. We wrote an action-packed introduction of our main character, featuring a chicken. Knowing full well the filmmaking rule of never working with real animals. We started shooting, and after twenty minutes of successful takes, we gave the chicken a break. Which, of course, it used to run away. After searching for two hours, we found our diva chilling in a local sewing shop. The owner of the shop was holding the chicken, asking us whether it was ours. She gave it back to us, nonchalantly, so we could finally finish our scene. This time being more creative, we drew up an entire plan of how to keep it from escaping. On paper this was a project that was almost impossible to realise, but the energy in Ghana bonded us and made the challenges all the more bearable, which made us do the impossible.

Were any of the scenes improvised at all? I’m thinking particularly the ones involving the Bogah and the children?

I actually shot the film as scripted, however I really wanted the film to feel real. Working with both professional and non-professional actors meant that they needed some leeway in how they approached delivering the dialogue. I allowed the actors to speak the lines as they wished, but they needed to be guided through the scenes. Thankfully, the kids were brilliant and they understood the characters and the story world. Before we shot the film, we did some workshops with them together with Goua Grovogui, who plays the Bogah and who is in fact a professional actor.

It was a fun shoot because we really allowed the children to be part of the journey. A lot of the scenes felt real to us because they were real to them. Halfway through the film, the children go to the beach with the Bogah. It’s their first time seeing the sea and it felt magical. In reality, it was actually Matilda’s and Prince’s first time at a beach. That sense of wonder and joy wasn’t played, it was all real.

Was it a challenge to work with your younger actors or did they understand what you were setting out to achieve?

In my previous work, I always worked with kids, so I kind of developed a way to direct them. But the two kids were super smart, they understood everything very quickly and so much so that they would think along with me. What impressed me the most is that they were aware of the fact that we were making a movie the whole time. Matilda, in particular, became very aware of herself in relation to the camera. Sometimes you have to tell a kid to face the camera when acting since they would play the scene unaware of what is going on spatially. Prince and Matilda played to the camera, they played for us. In that, they were mature in their acting choices and that felt like the biggest gift working on this film. 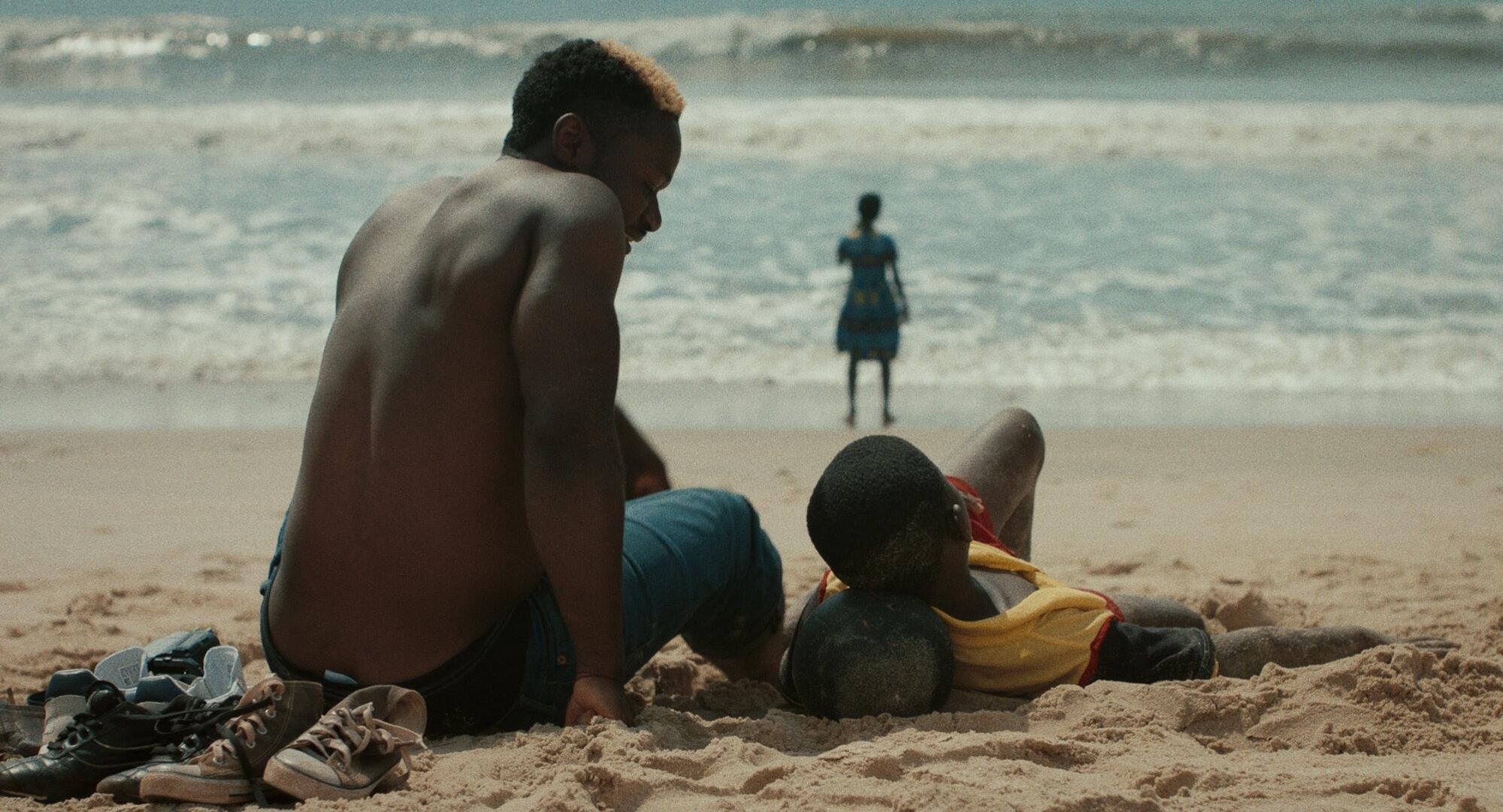 I really enjoyed how quick and close the cinematography is, you feel on the ground with these characters and the bustle of their way of living – how did you approach telling this story on a visual level?

Me and the Director of Photography PJ Claessens have been working together for a few years now. For us, Da Yie became like a blueprint, a voice and style that we’ve been developing through our previous works the past few years.  With Da Yie, I really wanted to make cinema. The challenge was to recreate the same kind of energy I experienced being in Ghana and have it reflected in both sound and image. The camera was like a character of its own, almost like a curious child (me) witnessing everything again. Sometimes the kid wants to be in the action, and sometimes it takes more distance. For me it was important that the camera was on the eye level of the kids because that’s our point-of-view. Art direction-wise we wanted to have the three main colours of the Ghanaian flag (red, green, yellow), in contrast to the blue of the sea (innocence), as the four central colours in all of the images.

I feel like now more than ever we need stories that can connect audiences to places they wouldn’t otherwise be privy to.

The pace of the shots and the movements were very important for me. Every place we visit has its own pace and I wanted to reflect that visually. This brought along the difficulty for me to show you enough for you to feel the environment without showing too much. Overall we aimed for high production value, like the great African filmmakers like Djibril Diop Mambéty, Sembène Ousmane have done in the past. We really wanted it to look and feel big even though it is a very intimate story.

The score really intrigued me with its contemporary style, who did you work with on that and what did you aim to achieve with it?

We worked with two musicians, Maxim Helincks and Milco Geryl. Maxim is a lead guitarist of a Belgian band called Stavros. He did most of the soundtrack. Milco Geryl is a producer and a dear friend who added the song at the sea. It was very clear from the start that Da Yie was going to be a film with a lot of musicality. I see film music as something that is not real, something that adds another dimension to the experience. Also like a third person. I love all kinds of music, especially experimental music in films. It also felt right for me to combine the local music in the film with a contemporary style as a score. Once the film was done, we played around with different sounds till we found a sound we felt fitted the film and was complementary. Once we found the right sound we started making themes. I wanted it to be fresh, something that can be enjoyed both on a visual as well as on an auditory level.

At the moment I’m working on my first feature Postcard together with the co-writer and co-producer of Da Yie, Chingiz Karibekov. It’s inspired by the book On Black Sisters Street by Chika Unigwe. We developed it at Sam Spiegel Filmlab where it won the second prize. I’m also working on a TV show called Clemenceau with Chingiz and Mohammed El Hajjouti, which we developed at Torino SeriesLab and which is featured on Series Mania.

I hope to continue working on projects that can reach a global audience. I feel like now more than ever we need stories that can connect audiences to places they wouldn’t otherwise be privy to. That’s the kind of cinema that inspires me and the kind of cinema I want to make.