This was my first time catching the graduate shorts from the London Film School’s MFA programme and I was impressively surprised by the ambition on both a creative, narrative level and a formal one. These shorts collectively showcase a desire to tell stories from grand, existential issues to deeply personal ones. Most of the films you’re about read about also feature filmmakers who worked across several films on this list in multiple roles – an aspect which comes through in the formal elements of the work, from vivid colour palettes to immersive sound design. Overall, these are films made with a love for filmmaking first and foremost and I’m excited to see what they all make next.

There are echoes of Spielberg in Molly Shears’ Middle of Nowhere. A humble drama about two grieving siblings staying away on a trip with their Grandma and cousin. Whilst they process their bereavement there’s a looming presence of a strange magical being lurking in the nearby forests. It’s a short film packed with impressive production design that embeds you into its story alongside a vivid and cinematic soundscape which yearns to be listened to in full cinema surround sound. A film with big scope and even bigger heart.

A slice-of-life tale of a young Israeli woman on a summer break Shira Haimovici’s story is one of stolen innocence and joy. Told beautifully with loose handheld photography, Haimovici portrays young vitality in a world which seeks to repress it. What’s most interesting is the awkwardness expressed by the performances at play, these are characters that aren’t acting naturally but as the result of a society dictating them to behave this way. It’s a complicated and moral message but Haimovici pulls it off clearly and with real finesse.

Set on the road on the run from encroaching wildfires, Servane d’Alverny’s Shoegazing sees a group of women struggle to face the world both ahead of and behind them. It’s a poetic short shot through a grainy filmic lens and a dusty colour palette that confidently avoids narrative exposition in favour of character development. It also boasts a crew of filmmakers that each feature either directing, or in other crew roles, throughout this list, so it’s easy to see why every facet of this film is impressive in its making. Bold and well-rounded. 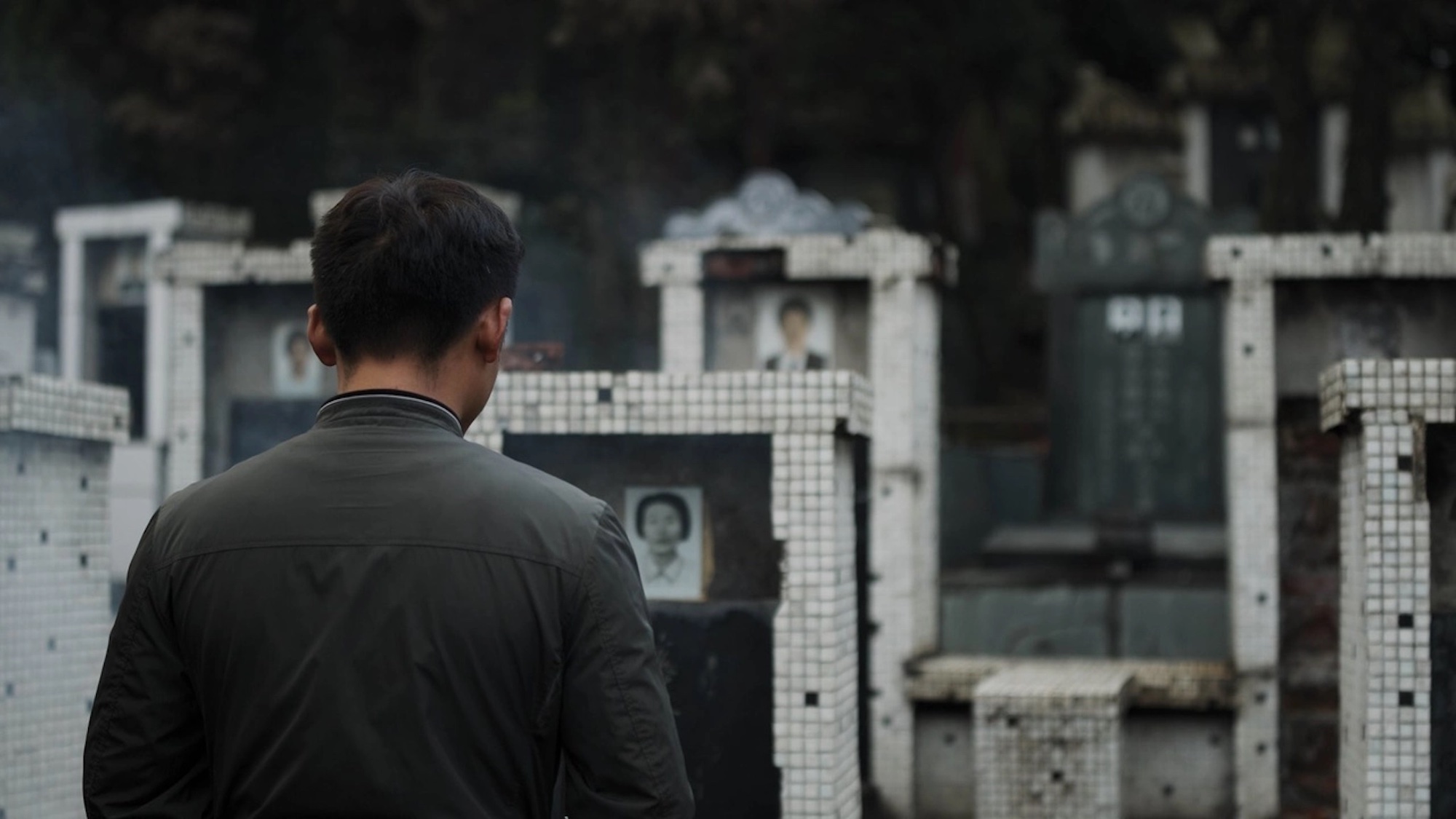 Some Manifestations of the South – Zhiyi Wang

It’s a rare treat to see a short form piece of slow cinema these days. It’s a form often exclusive to those on a large, feature length level like Tsai Ming-Liang and Lav Diaz. So, it was a joy to watch Zhiyi Wang’s film about a young man who is paid to honour the dead. Wang’s film plays out over a series of long, singular takes that convey a tone of respect and melancholy. Produced entirely by Wang too, it showcases how strong work can be created without the need for expansive crews and excessive budgets.

Really loved this. A funny, heartwarming and ambitious story about the daughter of death and her chance encounter with a man obsessed with dying. Antonio Sequeira’s vision is manifested through a bright colour palette and soaring score which match its equally daring scriptwriting. It’s a playful two-hander with bold themes on an existential level, highlighting how stories about serious issues don’t need to be serious in execution.

Sam T. McFarland’s A Beautiful and Violent Place is an American Neo-Western revenge thriller. It follows a heartbroken man seeking to enact vengeance on his partner’s killer. With a moody score and vast vistas this is a story from the Deep South told with subtle gothic textures. Perhaps its most interesting factor is that rather than twisting conventions or knowingly nodding at its tropes, this is played straight down the barrel with affection to the genre from which it’s born. A true Neo-Western from script to screen.

A contemporary reworking of Beauty and The Beast, Luke Samuel Howe’s short is set in modern day London. Tracking the romantic exploits of the lonesome beast’s attempts to find love in the digital age, Howe is able to balance the film’s comedic tones without undermining his protagonist. The result of which is a satirical spin of a classic about individuals who sit on the margins of society.

The Lost Scot is a British screwball comedy about three men who accidentally shoot their guide whilst out clay pigeon shooting. A hilarious portrayal of the English middle-class, Julien Cornwall’s film is all about his actors. The three leads bounce off each other with witty banter as they work out how to deal with their situation but there’s also subtle room for character development. You really get a sense of each of these characters and their friendship with one another. A comical portrayal of how haphazard men can truly be.

Nailah Robinson’s short is set on September 11th, 2001 in the classroom of a young African-American girl. The class learn of the terrorism attacks on the World Trade Centre and the school is immediately closed for the children to return to their families. Our protagonist, however, is left waiting as her Mum was working at the pentagon during that day. Robinson deftly utilises cinema’s ability to bend time to tell the story this family and where they have to come from up until this moment. This is an example of bold and important filmmaking which takes a moment of national crisis and displays the human drama that unfolds out of it.

Last, but certainly not least, is my favourite short from this year’s showcase. A wonderful nod to the French classic Le Ballon Rouge, this time set in contemporary China during the firework ban. Zhizi Hao’s short is helmed with a brilliant central performance form his young protagonist Dian Dian. As Dian sets out into the streets of a Southern Chinese town to search for fireworks on New Year’s Eve, he has several strange encounters and ends up finding not what he was searching for but exactly what he was after. It’s a beautiful and slyly melancholic tale of childhood wonder. Check it out!