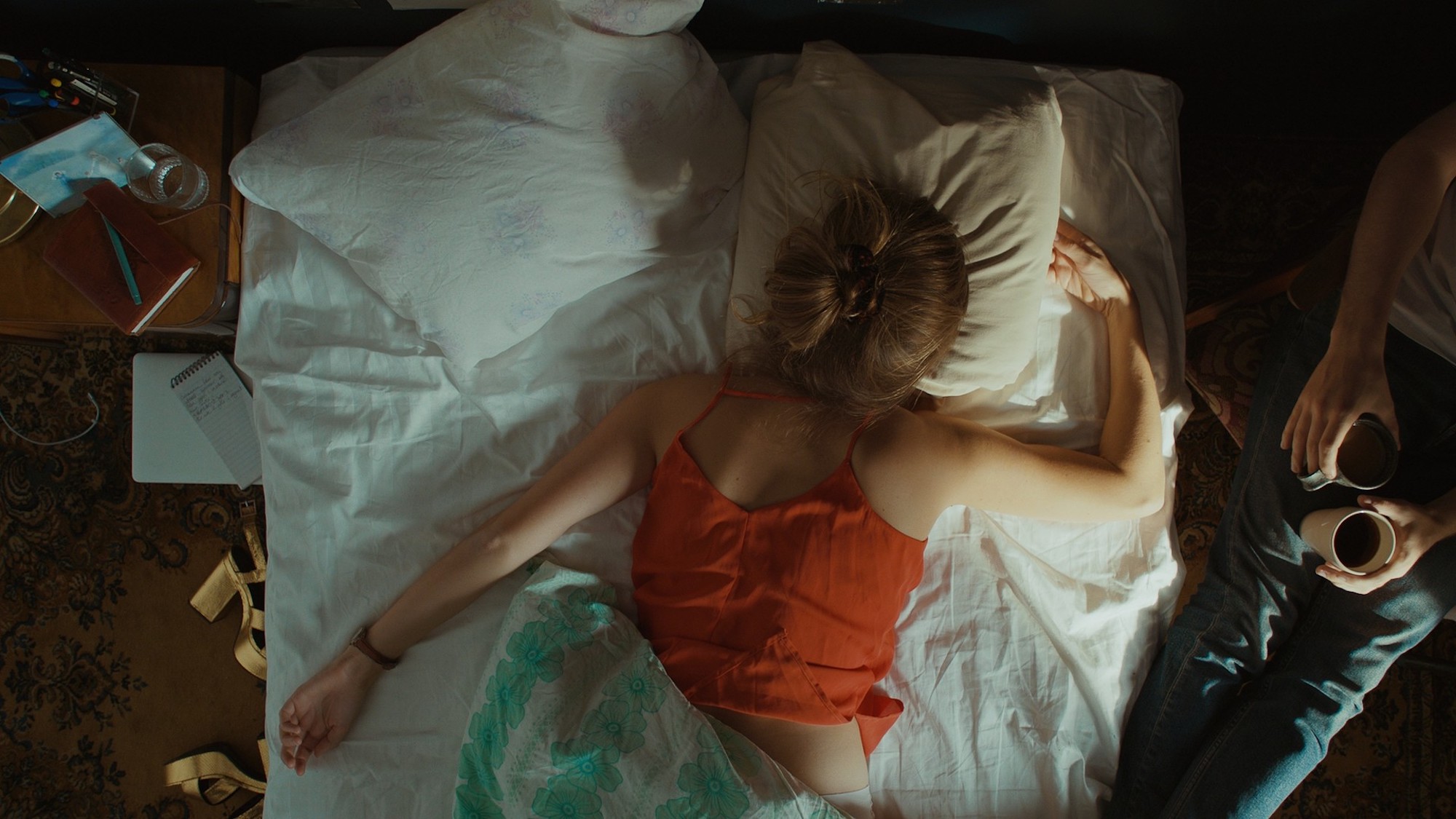 A love life drama in miniature, Deb in Bed uses its stylistic constraints to its advantage. Told in an episodic format, with each chapter signalling another month in the year, the film tells the story of two lovers and their up-and-down relationship. It’s also a fascinating representation of the way we develop habits — from the big, such as having one-night stands — to the small, like using our smartphones before we go to bed. Premiering on DN today, Director Petter Holmsen joins us to discuss filming with a bird’s-eye-view, using art direction to tell the story, portraying the changing of the seasons off-screen, and the influence of films such as (500) Days of Summer and Up.

For me the film seems to be about how we form habits, how hard it is to break out of them, and how they can define us. Was this something that you wanted to explore?

That’s basically where the idea came from: seeing how we make these habits and the same mistakes. That’s what I wanted to explore in this extreme microcosm of one character’s bedroom, with an extremely limited frame. I can’t remember which philosopher said it but they said you only live the first five years of your life then it’s just a repeat. I find those repetitions fascinating: how we keep finding ourselves making the same mistakes or choices, just in different degrees. I thought this was a fun arena to explore that.

I liked the bed setting as it fits the millennial lifestyle, where many of us have our own apartments but still have no couch, so sleeping, eating and relaxing are all done in the same place.

The bedroom is a much more interesting location I find. It’s the last place we go after a long day and it’s the first place we start our day. 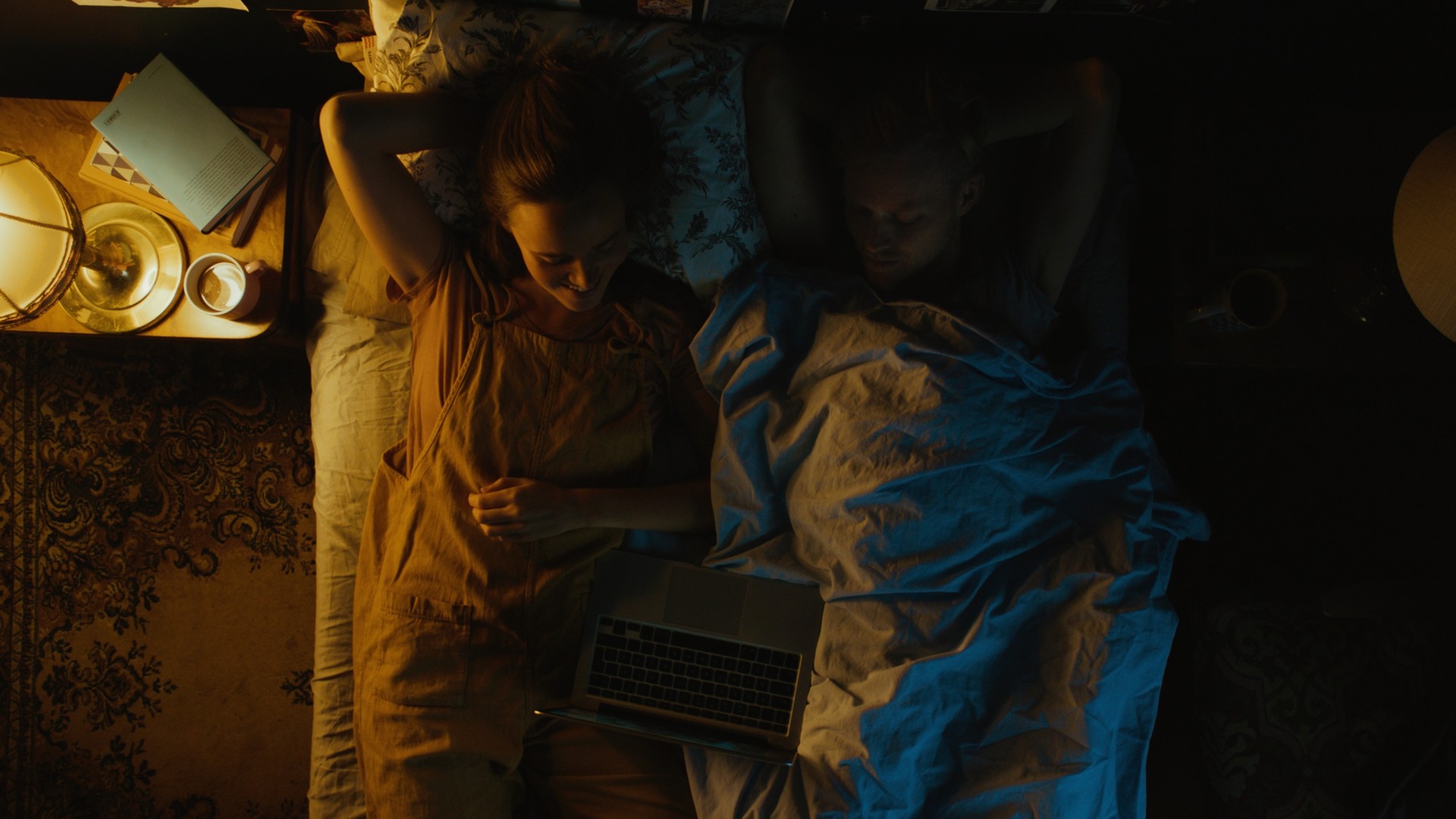 You shoot this from a bird’s-eye view. Did you always want to tell it from this vantage?

Yeah. I really wanted to limit myself and limit the audience in what we’re allowed to see. You see one square metre of floor around her bed. And just from those square meters I wanted to give a sense of what her room is like. Same thing with the weather; we don’t have to point the camera to show the sun is shining outside. I thought it was interested to make these tableaus when we wanted to connect with the character instead of just blocking. It feels more interesting as a challenge and less manipulative as a stylistic choice.

I really wanted to limit myself and limit the audience in what we’re allowed to see.

How did you achieve the shot?

Everything is done in a studio. Everything is shot on an Alexa Mini and this jib with a low ring mechanism, then the room around the studio is just one far wall which is the head side of the bed. Other than that it’s just a door so they could interact with the door and you could see the lights falling. There wasn’t really a lot happening around the actors, it was just a studio.

You take us through the months and seasons. I really like how you show this through the lights streaming in. How did you create that light so it felt like someone was opening a window in an apartment building?

It’s just different light set ups and uses of colour on the lights to get a sense of this. There were also different uses of practicals, like the light on her headstand or her bedstand. This was a zero budget film so we got to borrow the equipment for free. The production designer was a girl studying to become a producer. She had the weekend off and decided to join us and try her hand at production design.

The idea was that if we took a still shot from each month and removed the main characters we could still tell a story. So you can see the variations in warm and cold light, lots of light, no light. I particularly love this one month where they are in bed: she’s on her Mac and he’s on his phone and they’re in complete darkness and isolated from each other in small light boxes of their own. A really lonely shot. 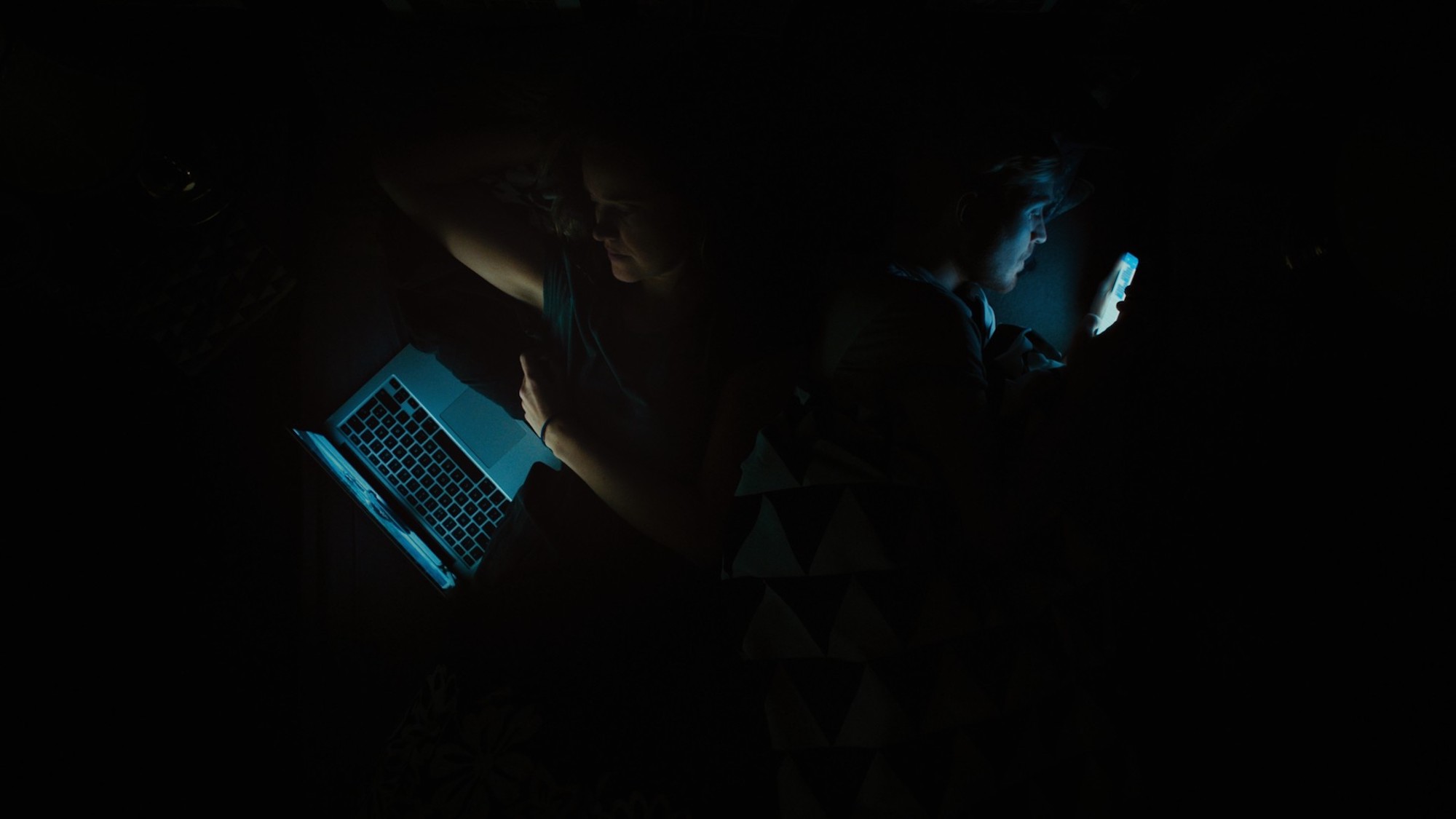 How much did you collaborate with the art crew?

We didn’t have a very strict script going into this. It was just me and the actors improvising what the next month and scene could be. While we were figuring out the scene we were also talking to the production designer, figuring out what the scene would look like and how we could help communicate what the actors are doing. So that was a very tight collaboration.

The idea was that if we took a still shot from each month and removed the main characters we could still tell a story.

What really helps is the music, which gives off a bittersweet, whimsical feel. How did you and your composer arrive at that?

That came in after the film had been in post-production for quite a long time. Initially the sound editor made some drone music for the film. That just felt wrong. That’s when I met Ann Marie Pettersen. She is this young brilliant composer who made this whimsical and extremely romanticised piece. This piece of music and my conversations with her came back to this same thing of repetition, where the entire thing is a waltz, which is also this sense of things moving then returning to where they started. When I hear it now it feels over the top but it also feels right for this specific film.

It reminded me of the opening montage of Up!

I love Up! I think we talked about that at some point as a reference because that’s an extremely strong film musically. 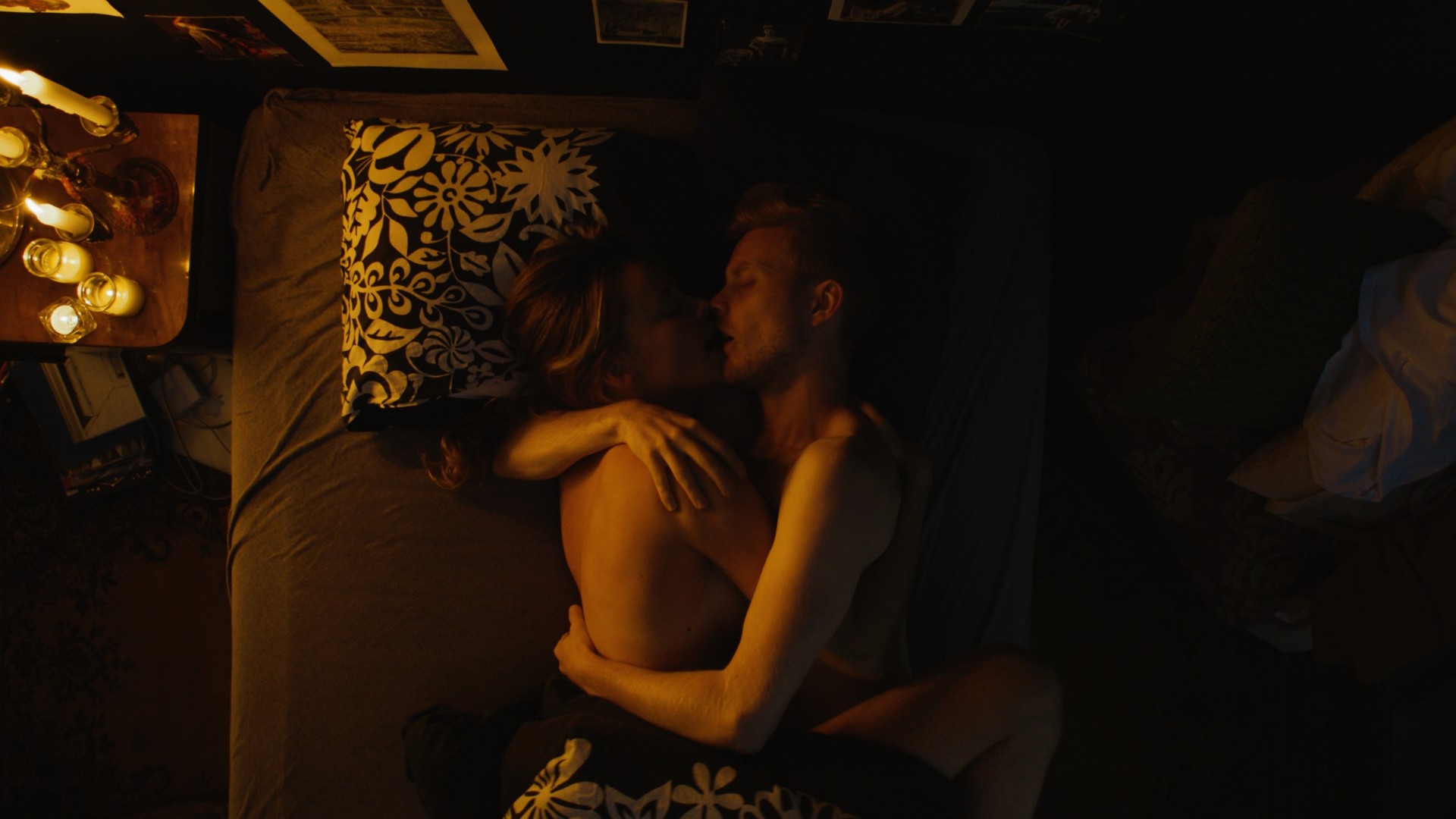 Did any other films inspire you at all?

This was a very impulsive short because we didn’t have a lot of preproduction. But I think one of the main inspirations was (500) Days of Summer. I love that film because it treats love in a similar sense. You have to go through the different steps of being in love and being heartbroken and falling back into love, and our entire universe adds to that experience.

Before we started talking you mentioned you were working on a Netflix series! Can you tell me anything about that?

We only started production in early September and we shot through December. As of right now, they have only come out with a little bit of information through one newsletter that they released. I don’t know when we are looking to release the show but I’m finalizing it this summer. After that, it’s all up to Netflix when they want to air the show.