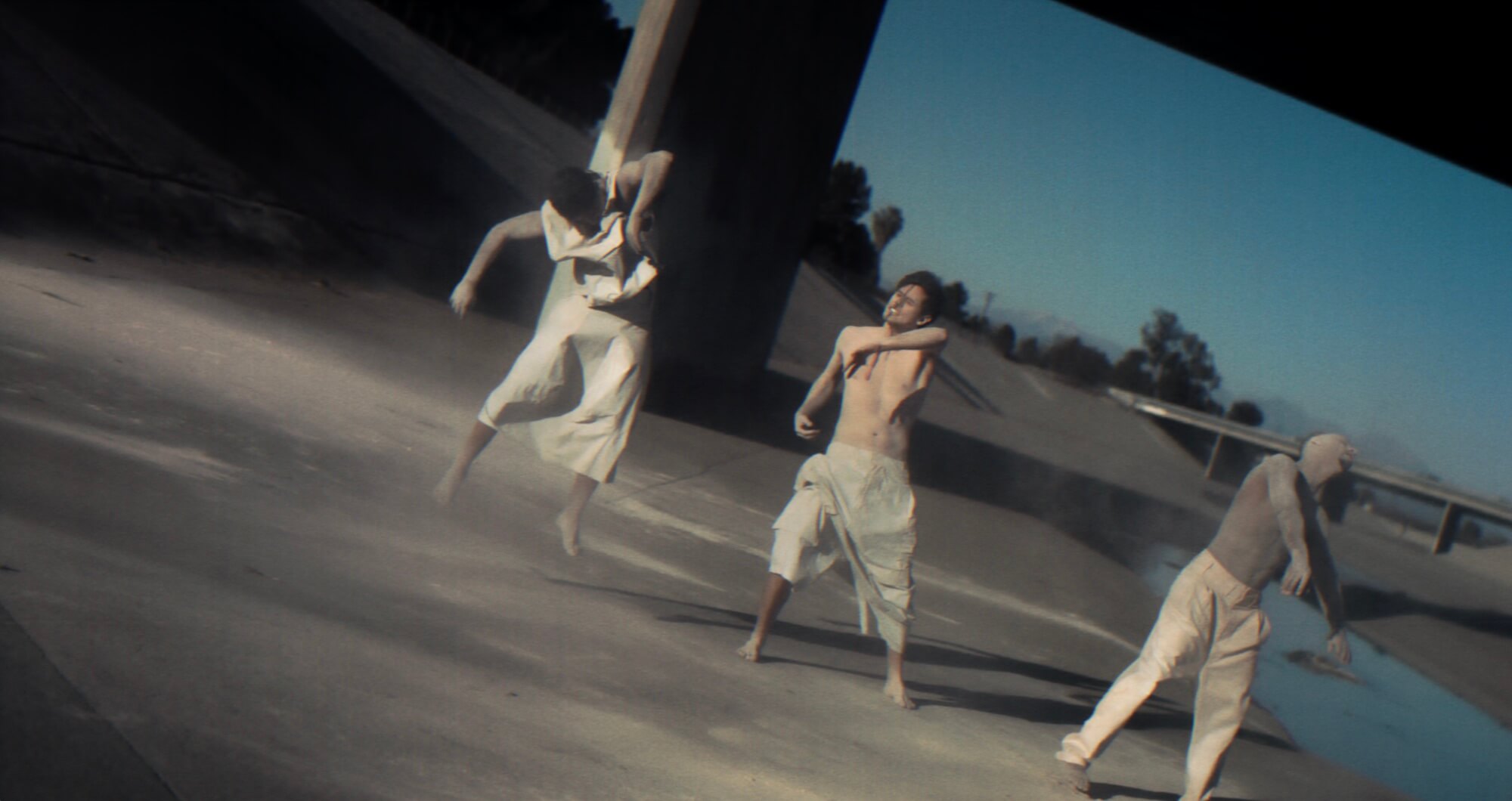 We last had Karl Richter aka Cynical Smile on our pages with his discordant meditation on the distraction age Fracture, which also featured in the Techlash edition of our Lockdown shorts series. Today he’s back with new short WAVES, a dance exploration into the beauty of human motion inspired by the paintings of Simon Birchman. Richter captures his dancers’ motions with a soaring and almost bird-like trajectory – which he was able to achieve by gaining early access to Freefly’s new high-speed camera – and splices this hyper slow footage in a fractured framing style which gives the film a mesmerising overtone. Directors Notes caught up with Richter to ask him about shooting on bleeding edge technology, the joy of working with open collaborators, and his passion to capture the seeming endlessness variations of waves.

WAVES is a such striking meditation on human motion. How did it come about for you?

The creation of WAVES started when a friend said he would be first in line for Freefly’s new camera called the Wave, a very small camera that captures at upwards of 1000 frames per second; meaning you can slow downtime to a crawl. For context, there’s only one other company that makes a camera that can shoot at these frame rates, and that camera is not small enough to move around on a monopod. It felt like a great opportunity to create something that had a visual through-line that wasn’t just “oh that looks cool in slow-motion.”

In addition to the camera, what was it about waves as a subject that you wanted to explore?

The repetition of waves is a cycle of the same-yet-different, constant and unique, small to large to small to large in a seemingly endless, mesmerising pattern. The idea of circular patterns and patterns in general, from a mathematical POV found in nature, have been part of my process since high school. My second tattoo at 19 was inspired by the golden ratio and the Fibonacci sequence, which I updated three years ago to take over my entire arm.

The repetition of waves is a cycle of the same-yet-different, constant and unique, small to large to small to large in a seemingly endless, mesmerizing pattern.

WAVES was created to use movement and a building repetition, knowing I could use super slow-motion to meditate on the beauty of the human body and its connections; from the Earth to the Stars. Also, after experiencing The 14th Factory in Los Angeles in 2017, I’ve been smitten by Simon Birch’s work, so there’s a homage to his paintings in this film in the cut-up frames of the same action.

What was the thought process behind the shifting frame dimensions and aspect ratios used in WAVES?

The process of the shifting frame dimensions and aspect rations came from the repetition I wanted to create in the film, without simply doing a repeat of action in the edit. I have an ever-evolving interest in messing with a conventional frame so this variety of frames in frames was a way to magnify certain aspects of movement without leaving the entirety of that movement in the composition. It’s a way of focusing one’s attention while providing more detail.

It was a great pleasure visiting The 14th Factory and I’ve never been so struck by someone’s work. Simon Birch created an experience and that was very deliberately measured out room-to-room in all sorts of media. His paintings, despite being the most ‘conventional’ of those works, are incredible. They capture a human and kinetic representation of movement, seemingly cut up, as though we’re looking at different frames of the same action. This is my very basic homage to his paintings.

Similarly, what inspired the fragmented frames in the edit? Was that something you had thought about during pre-production?

I had thought about it in pre-production, which is why I chose to shoot primarily in 4K, to finish at 2K. My background is in post-production, so I’m always thinking about the post-process and how I can benefit from understanding the technology. Otherwise, for something like this, it wasn’t something that had to be so specific given the focus of the film is movement. I’m not storyboarding anything or creating an animatic because that’s simply a waste of time. With dancers of this caliber, I knew I could have them construct their movements based on a few of my basic ideas and the theme and there would naturally exist a plethora of actions that I could zone in on to heighten the emotion of the experience without words or even any facial expression.

Did I have a plan? Of course. We had a trampoline, dust, a particular location and wardrobe. That doesn’t just happen. Yet, trying to plan out a piece like this extensively is actually more destructive than it is constructive because you’ll miss out on the spontaneity of possibility from these other minds and bodies.

How did you find your dance collaborators for the project?

The film required three characters. As we do these days, I met Vinny Balbo through posting on IG and we had a shared admiration for each other’s work. When I asked him about doing WAVES, he was quick to suggest Mike Tyus and Joy Isabella Brown as collaborators.

All three of them are wildly talented, yet it’s their overall approach as artists and willingness to try anything and trust that made the process a joy. There is nothing better than collaborators that are warm, inviting and ready to create at a high level. What we created, though expected, was unexpected, just like the ocean. You know what a wave will do, but you don’t know exactly until it hits the shore. Some are small and some are magnificent; all are beautiful.

What were you looking from them conceptually in terms of certain motions and movements?

I had particular movement in mind and as we worked through that, Mike, Joy and Vinny’s interpretation of my concept was… something you just have to see. Personally, I get mesmerised by their collective ability to flow together in the different scenes. Please check out their IG’s (@miketyus, @joyisabellabrown, @vinnybalbo) for an absolute buffet of incredible movement pieces. They’re constantly creating and are an inspiration.

They each wear these bold clothes as well, was that decision brought on by yourself or through your costume designer?

Mike was in Spain in 2019 and stumbled upon LURDES BERGADA & SYNGMAN CUCALA when his Mother visited that Christmas. When it comes to movement pieces like WAVES, I look for simplicity in wardrobe; clean lines and designs that are street-ready, if not thought-provoking should you see them worn casually. We got to discussing wardrobe needs and their Spring 2021 collection was a natural fit for the film.

When it came down to production, how did you find using the Wave high-speed camera? And how are you feeling about WAVES now that it’s online?

Because we shot entirely on Freefly’s Wave, there were some post-production hurdles I had to get over as the camera is still very much a v1.0. Though the footage is challenging to transcode (Freefly has already adjusted their software to correct some of those hurdles since I edited my film), the trade-off is a camera that you can move around with ease and quickly reposition with little to no camera support required. It’s how I was able to get the top-down shots so easily; I mounted it on a monopod, stood on a ladder and held it out over top of the dancers as they moved together. Though post was a bit protracted, it doesn’t hurt to have the very talented Composer Alain Emile and Colorist Billy Landry as key collaborators. This is my fourth project with both of them and I have a profound gratitude for their talents and their time; they quickly elevate everything I throw at them.

There is nothing better than collaborators that are warm, inviting and ready to create at a high level.

With the backing of my small production team – shout out to Bailey, Hannah, Peter, Brandon and Diana – I was able to create something true to my initial vision. I hope everyone enjoys it as much as I did making it and I hope it gives everyone an excuse to breathe. As our world moves toward a brighter future don’t forget to slow down, remember to pause, observe and enjoy. 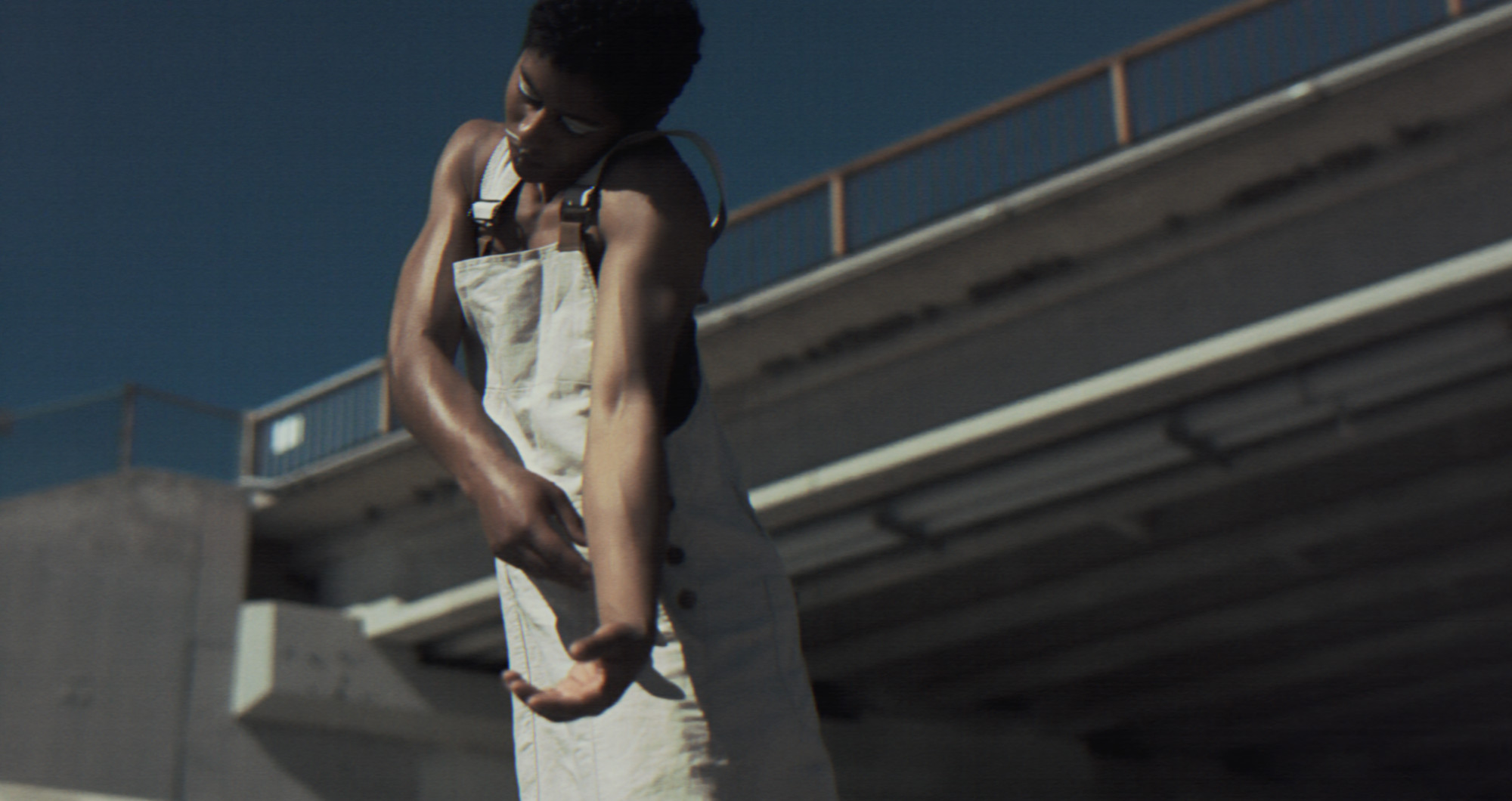 I’m currently finishing two short films and a music video. The short films are more narrative-based compared to WAVES, although there is a feeling of abstraction in both. I have a third, purely narrative-driven short film I shot in March I’m beginning to edit while pitching to investors for my next short film (if you know anyone please let me know) and re-writing my first feature film to shoot later this year.

The music video is for a dear friend based in LA named January who’s got a voice that doesn’t quit. She has always been a performer, but during COVID she started really digging into her work and is producing fantastic music that’ll make you move. I love this first video we did together because it’s entirely about celebrating humanity. We had a lot of fun with it and it should release soon as we’re putting the finishing touches on color.