A tavern in pre-modern Russia becomes the setting of a nefarious ploy to steal people’s souls in Philipp Yuryev’s Tale of the Deaf which stars Russian rapper Husky, better known for his provocative music videos and self-styled gopnik image, as the lone deaf viewer who remains immune to the soothing music. It’s one of four in mobile provider MTS’s Musician’s Nightmares series, which pairs popular musicians in Russia with up-and-coming directors to tell an advertisement-free nightmare scenario. We caught up with director Philipp Nuryev to talk about having the freedom to interpret the commission in his own way, the influence of German expressionist cinema and Hard to Be a God, working with non-actor Husky and telling a story without dialogue.

Tell me about the mobile provider MTS and their Musician’s Nightmares series?

I think this project is quite unique because this is an example of branded content where you don’t see any commercials, brands or branding. This was an invitation for four different directors to have their own idea to work on this nightmare theme. They proposed something completely different here. It was completely independent, nobody told us what to do or what to make: it just needed to star a musician popular in Russia.

The rapper Husky stars in the movie. What was he like to work with as a non-actor?

It’s not the first time that I’ve worked with non-actors. In my previous feature film The Whaler Boy, I worked with guys without any acting experience, so working with Husky was something close to that. Before we started he said he loved the idea but he wanted to have some rehearsals. We worked together with an acting coach because his part is not big but it is very hard for a non-actor to perform. Husky is strong at playing himself but for this character of the deaf guy, it was very hard to behave like a completely different guy. I think Husky loved this experience. In this spirit, he is not only a good musician but a really good actor. I think he knows that.

So the film had to be a nightmare… how did you come up with the idea of a music box that could take people’s souls?

The first idea was to make a story about the musician himself. But I wanted to make some other world, some other timeline because for me it’s very hard to make this uncomfortable and troubled feeling in our reality. I had a few ideas from fairy tales, as I love Gothic stories from Edgar Allen Poe or H.P Lovecraft. I wanted to write my own story in these medieval times and the end of the 18th century. I tried not to think about the exact timeline and exact reality. I read some old stories, fairytales and legends about the travelling organ grinder. It was the idea to combine two different people: one who uses music to hypnotise and kill people, and the other who is deaf and didn’t hear the music.

I think that dialogue is an important thing but only when you need it.

And the whole film is told without any dialogue. Was this the idea from the start and what was the challenge of telling an entire story through visuals?

I thought at the beginning that I want to make a silent movie. My first reference was Robert Wiene’s The Cabinet of Dr. Caligari and other silent movies from the beginning of the twentieth century. I think that dialogue is an important thing but only when you need it. If you can tell a story with no dialogue, I think it will be more expressive and help the audience to think for themselves and feel it more.

The squalid conditions that these people find themselves in before being hypnotised is contrasted with these grand balls. It feels like it has something to do with the revolution coming. Was Russian history on your mind at all?

I’m sure that this theme is something that I am thinking about in my everyday life in Moscow. I didn’t think about telling the exact situation with Russian politics, but then I showed it to some people and they said: “This is a story about Putin and the regime.” A lot of people are trying to explain that the story is about propaganda and the beautiful music of the box. The deaf guy at the end then represents the light side and kindness and is the opposite of the dark. But I tried not to make the ending a happy one because you should feel uncomfortable that this ‘good guy’ is using the same music box and making a beautiful performance but that it consists of dead bodies.

There’s one Russian/Soviet filmmaker who comes to mind in the decor and black-and-white cinematography, Aleksei German, especially his last film Hard to Be a God… Was this an inspiration at all?

Of course. Alexsei German and Hard to Be a God is one of the things that I thought about. I didn’t try to make the same style of cinematography, but I think the language that he approached in his last film is so impressive for me. Some of the images from his film feel like Brueghel and Bosch in their images of black-and-white medieval guys. He tried to find real faces that are very strange and made this world so impressive. I tried to make it the same way.

Let’s talk about those faces. The film uses a lot of old actors with very distinct features. Tell me what the casting process was like?

It was a very important part of the story: these poor beggars sitting in a tavern that have no food. I had an idea to use real homeless people but we had a really nice and creative casting director, Elena Chigvintseva. She is a genius and she knows a lot of people that never acted. For example, she met a few people for the film in the street.

It is a crazy situation that a black-and-white indie film closer to art films than horror films is so successful on Russian YouTube.

The main draw of the film is this beautiful, flowing cinematography. Tell me about your set up.

We tried to make the story by using natural lights sources, such as candles, to create a dark Rembrandt feeling of portraits. Our DOP Mikhail Khasaya tried to work more as a painter than a cinematographer. We used a Sony Venice camera with Leica lenses, which are very beautiful. The feeling of the camera was inspired by Robert Wiene and Fritz Lang, with expressive light, dark images and expressive contrasted tones. 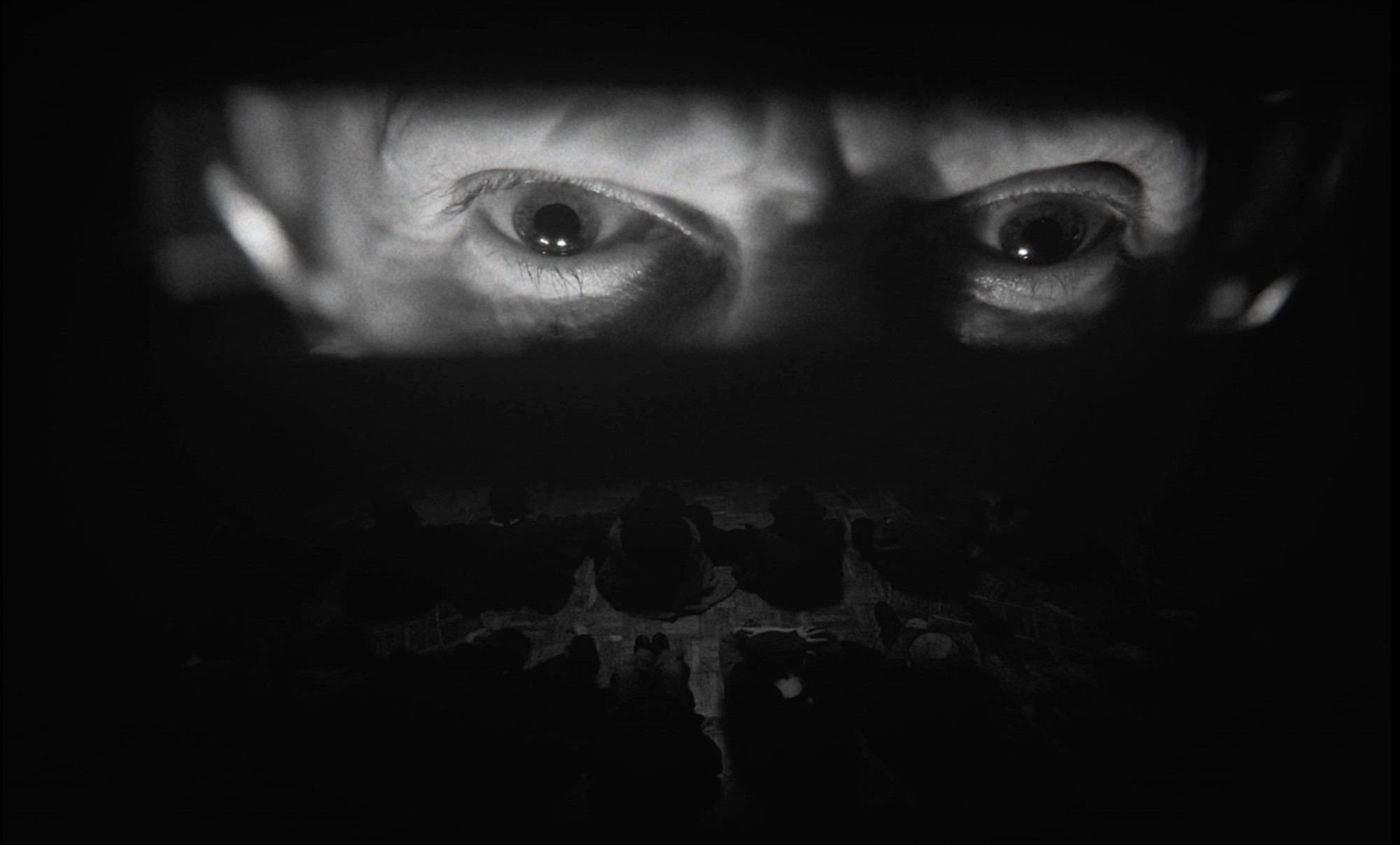 The film already has two million views on YouTube. How exciting is that?

It is a crazy situation that a black-and-white indie film closer to art films than horror films is so successful on Russian YouTube. I think that is very lucky for me. It was also a big surprise reading the comments to see how clever they are. It is a big joy.

I’m reading a lot of scripts. In Russia a big situation came with the new streaming platforms trying to make a new type of content. Netflix came to Russian production and now we see the rise of interesting projects. The situation is close to being revolutionary, while five or six years ago it was more conservative. I’m close to approaching some new projects, but I want to continue the things I achieved in this short film and make a larger film consisting of small horror and gothic mystic stories.