An unknown man arrives at an unknown home with an unknown agenda. So reads the logline for Robert Broadhurst’s subversive drama An Occurrence at Arverne. The ‘unknowing’ factor of this logline is key as Broadhurst, who mentions in our interview below, that the short is somewhat of a “filmic Rorschach test”, seeking to understand the role of prejudice in modern society. It’s a fascinating and slickly-shot short which is bound to produce interesting and challenging discussions. Below we asked Broadhurst to tell us more about his intentions for the film, alongside the extensive lengths of preparation that he went through to execute it.

Was there anything specific that drew you to tell this story?

The script came together in about a week thanks to a tight deadline. I hadn’t sat down to write about race or racial bias, but I’d been reading and thinking a lot about it, and about my own privilege as a white person, in the years before I wrote the script in late 2018. This story is the one that happened to form on the page as an outlet for those thoughts. The only real guidelines I gave myself in writing were that I wanted to keep things simple and cheap by using one or two characters at a single location, and I wanted to hopefully make things interesting by playing with the form.

I hadn’t sat down to write about race or racial bias, but I’d been reading and thinking a lot about it, and about my own privilege as a white person.

I really enjoyed how continuous the film felt in that sense, there doesn’t feel like any traditional script beats.

I wanted to see if I could tell a story without any dramatic arc except for the one supplied by viewers, as influenced by their individual cultural baggage. From what I understand it’s a lot different for American viewers than for just about anyone else. As I wrote the script, I realised I was trying to create a kind of filmic Rorscharch test or blank canvas for viewers to project onto and interpret for themselves.

How heavily do you tend to prep for a shoot like this?

I did a fair amount of prep in terms of shots, lens selection and blocking. I went out to the location a few times, made a floor plan, and boarded pretty much all of the shots in advance; determined the lens for each setup, etc. Generally speaking, I don’t love adhering to storyboards because it can close off a lot of good ideas on the day, but I do like having a solid armature as a starting point. Plus, in this case, it was just a weird thing to block because it mostly consisted of one guy on a phone walking around a tiny space so everything needed to happen at the right place and right time in order for it to make sense. So, I wanted every beat mapped out in advance and I wanted the plan to be as legible as possible to the crew.

Did that mean it was plain sailing on set?

We shot in March of 2019. Production was straightforward, but the predictably unpredictable issue that came up was that the pipes froze at the location due to the house not being fully winterized. For most of the shoot we had no running water or bathrooms on set. We lost a lot precious time shuttling the crew back and forth into town on bathroom runs. Other than that hiccup, it was pretty smooth. 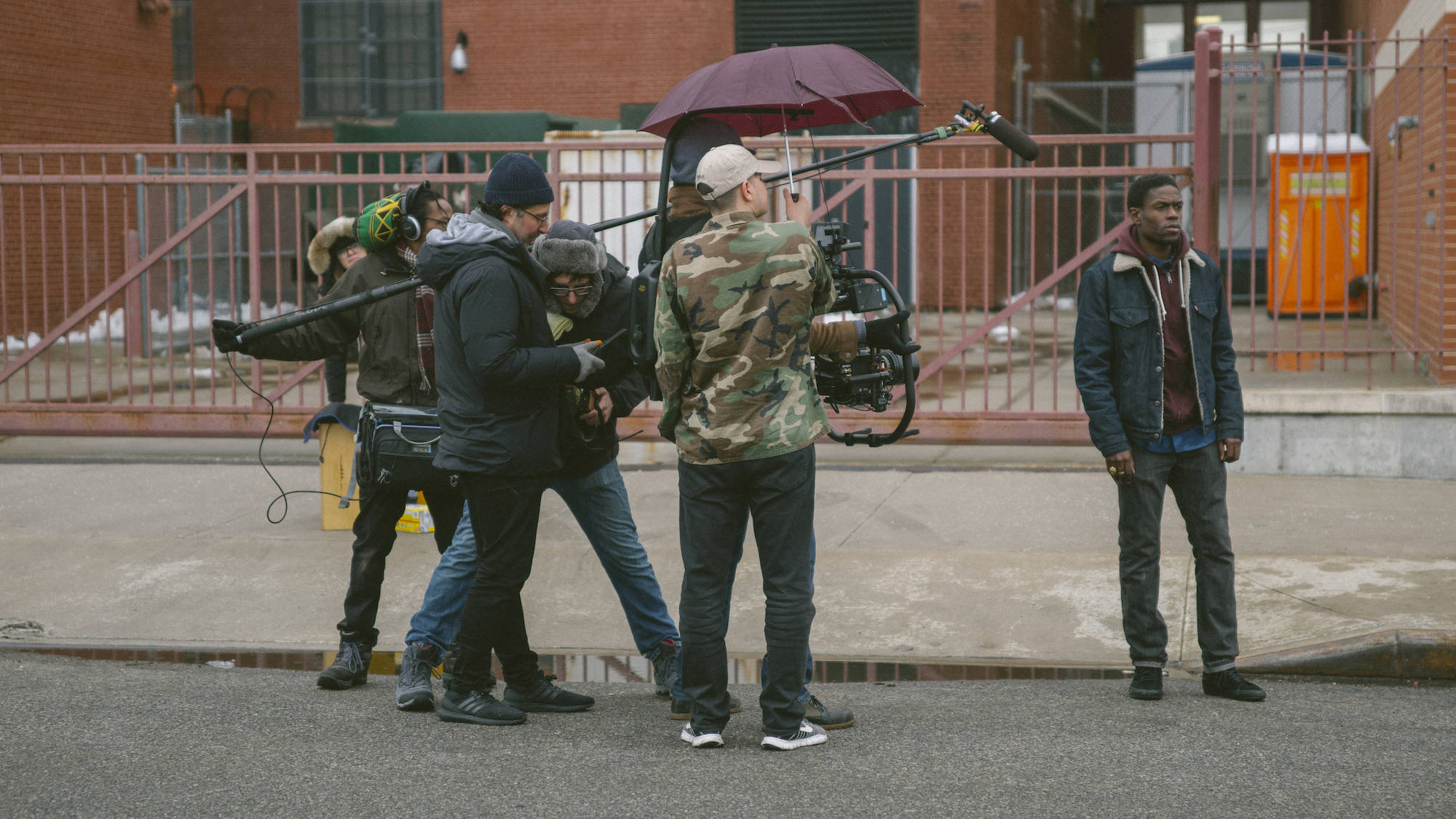 One thing that occurred to me was how much the film happens in the background, was that something you had to be aware at all times when preparing and shooting?

100%. The film gets its tension from establishing and escalating a threat, so I had to be mindful on a beat-by-beat basis of where the threat would be coming from and how it was calibrated. The background world of the film; white lady, neighbours, cop, is only one source of danger. The more powerful threat looming in the background, the one that feeds the onscreen threat, is whatever bias the viewer brings to the table. The experiment was to see if we could induce the internal bias of the viewer, which is the threat so many of us carry through life without even knowing it, one that few of us have been eager to acknowledge, and then make it visible in the background of the film, where its implications could be seen and hopefully felt.

The experiment was to see if we could induce the internal bias of the viewer.

It’s one of those films where everything seems to align, it looks terrific, sounds great and the edit is so smooth. What gear did you use to achieve that?

In terms of gear, we shot in true 4k on the best free camera available to us at the time, which was the DoP’s Ursa Mini Pro. I edited in Premiere and we added the plane in Nuke, which we also used to do minor cleanup on a couple shots. Grade was on Baselight and mix was in ProTools.

How long did everything take from beginning to end?

Three day shoot. Then, six or seven months later, I spent a couple weeks in off-hours locking down the edit. Everything was done according to everyone’s availability, so the post process was spread out over a few months. Boiling all the post-production work into full, consecutive days, it was probably in the 10-14 range. The website, press kit, and poster etc. actually took much longer because I had never done any of that for a film before and had to learn from scratch.

What discussions have you seen the film spark with audiences?

First let’s just get it out there that the response to the film before and after the murder of George Floyd was pretty night and day. Before his murder, before the protests, people praised its craft but seemed to have no idea why it was made. Feedback was suffused with the post-racial ‘we had a Black president’ view that racial issues were a thing of the past. I got the sense that they thought it was eight years too late and kind of irrelevant. That all changed drastically after Floyd’s murder, at least here in the US.

The discussions since it hit the festival circuit have been fantastic. A lot of people here report that the film managed to reveal biases they never knew they had or always resisted acknowledging. People from other cultures don’t have quite the same baggage and it often seems illegible to them. It’s seen as a non-story where a guy goes to a house, nothing happens, and he leaves and it’s pointless. Which is exactly what it is without the other half of the locket. Some folks have been quick to point out how they knew exactly where the film was going and that they would never assume the worst of a Black character. Not surprisingly, those same people were often quick to point out how “articulate” the character was. One of the cooler developments outside the festival circuit for the film has been the film’s embrace in academic settings.

Lastly, what projects do you have on the go right now?