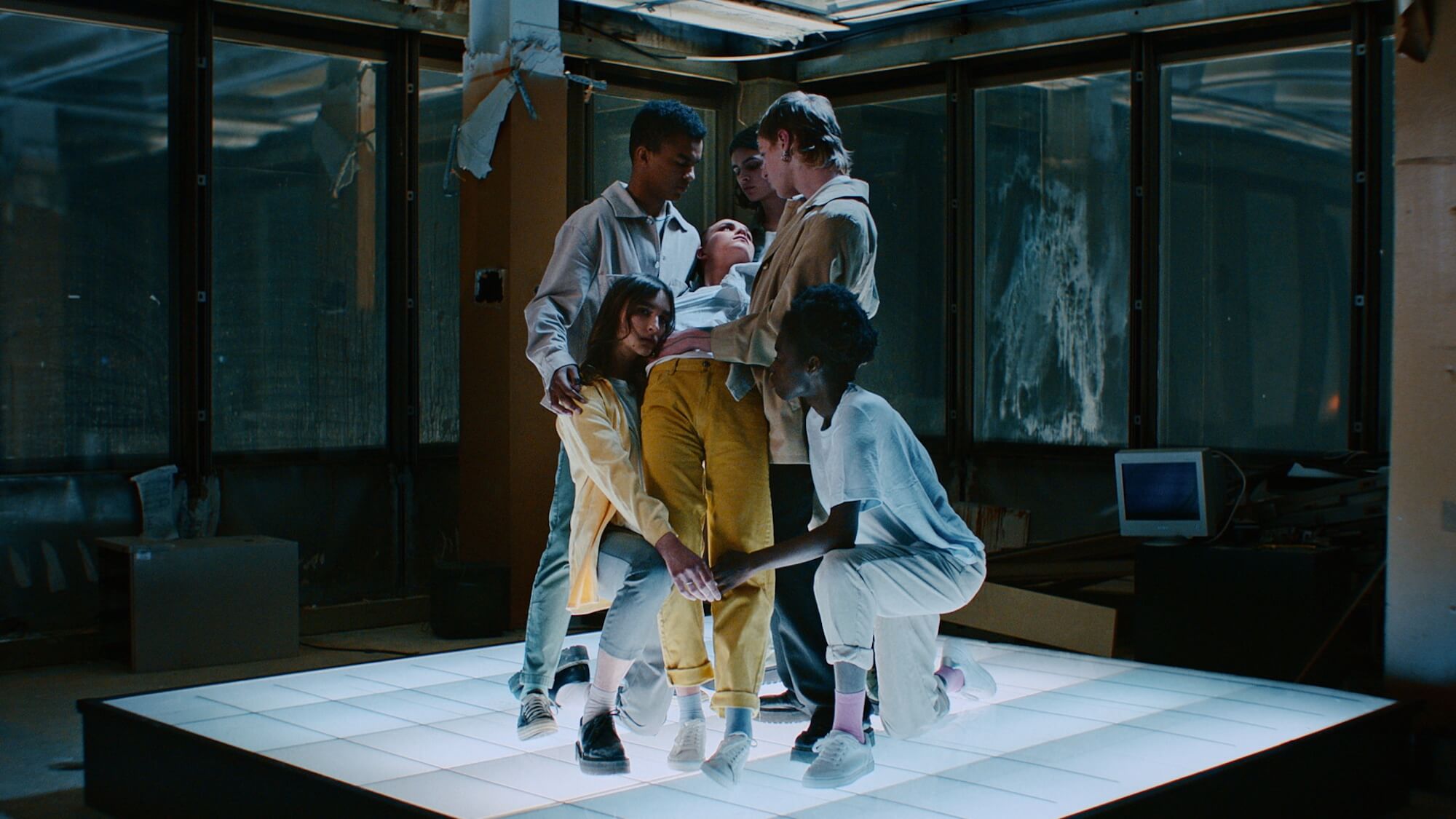 It’s always impressive when a director manages to translate the sensibility of a musician visually. It showcases another dimension to both artists’ work but from within a new form. Stefano Ottaviano captures the euphoric, life-affirming feeling that accompanies Diplo’s track One By One with a music video celebrating an individual’s journey of self-expression and freedom. Shot across multiple sets and through an almost 2001: A Space Odyssey-esque lighting evolution, Ottaviano impressively manages to match Diplo’s iconic sonic prowess. DN spoke to the Cardel director about the challenges of capturing these themes, maintaining a DIY aesthetic on a professional level, and working with Diplo and his label to bring it all to life.

When you first heard Diplo’s song, what were you drawn to? Did you have any concepts for visuals at that stage?

The first time I listened to the track, I felt like I was levitating. I imagined myself walking on this flat surface with essentially nothing on it. As the song progressed, my walking pace increased to the point where I was able to fly and get lost in the universe. That’s what I felt the first time I heard the track…

The paragraph above comes from the actual pitch. Usually, the first time I listen to a track, I establish a visual connection with what the video will look like. For this track, I didn’t have a visual idea, but I feel that I had a stronger concept to shape the visual with.

How much influence did Diplo have on the video? Did he have any ideas that made it into the final cut?

Diplo and the music label were aligned from the very first moment we submitted the idea. The brief we received was extremely powerful and detailed. So, yes, I believe part of the initial inspiration came from Diplo and his team, and they fully trusted me throughout the execution process. They were aware of the complexity of the piece and placed their trust in us during the execution. Having such good chemistry doesn’t really happen very often in these kinds of creative collaborations.

The overarching theme, to me, seems to be evolution, freedom, or a constant change, how did you look to convey that visually?

I’ve got to say I’m extremely glad you capture the core meaning of the video. Here I’m quoting the initial brief from the label so you can fully understand what they were looking for:

I completely believe that, in order to change the world, it is us that first needs to change.

After asking our good friend Google and through my experience of speaking with therapists, everyone suggests that the change happens over time and with a great amount of effort. But, it is definitely possible for every single one of us, And how do we do it? By simply solving problems step by step. Following day to day exercises that will help to improve yourself. Start small (the little dot inside yourself) and that will lead to a big picture (space that in a way represents the biggest thing we know). Start by opening your eyes, which will lead you to stand up, then walk, then run, and eventually fly. This concept brings us to the concept of our video.

I broke down the process of reinventing yourself into seven steps. Look outside yourself. The visual representation is our character looking at herself walking into an empty field. I wanted to convey the feeling of a reset, almost as if we were starting from the beginning. Look outside yourself and act without fear of being judged.

Practice every day, no matter what. Here our character is set in a sort of creative ‘workshop,’ where we highlight the fact that she’s repeating the same thing every day. I believe that repetition makes us focus on one thing, and makes us get better at it. After the workshop, we have the sections with the mirror and TV feed. Here I wanted to portray how important it is to look at ourselves in a mirror or through a digital screen, in order to constantly acknowledge that we are making sure to give ourselves positive criticism.

The ‘Twin Dance’ scene represents the bridge when we stop looking at ourselves. It visually breaks the symmetry that leads us to the frozen-frame scene. This scene represents that we should surround ourselves with people we trust, who are not afraid to tell us the truth. The pose itself represents that trust in an almost pictorial way. In the next scene, our character plays with light, almost as if she’s seeing it for the first time, like the feeling you had when you were a child and you saw things for the first time. This leads to the section of the long-exposure imagery. This section represents the idea that in life you have to take risks. You will never become the person you wish to be by continuing to be the person you currently are. Growth only happens when you step outside your comfort zone and finally realise that you are nothing compared to the unlimited borders of space.

On a similar note, did that idea of freedom and freeing oneself inspire you to cast a protagonist with an androgynous look?

I wasn’t planning or hoping to have anyone as beautiful and talented as Emma Balcarová and her sister Charlotte. She just happened into the process really, and that was a beautiful gift. My brief for the main cast was simply that I was looking for a very talented pair of twins. Gender and ethnicity didn’t really matter to me but, as a gift from the universe, we got to work with those two talented sisters who totally embraced the meaning of the piece and elevated it to, I believe, the next level.

The biggest challenge was to make it look DIY but elegant at the same time.

How difficult was it to achieve some of the flowing/symmetrical shots?

It was very challenging because we had to consider the post production involved in it but, talking about cinematography, I had the best companion I could ever imagine. Tomáš Kotas is one of the most talented DoP’s I’ve had the opportunity to work with. His dedication, talent, and commitment were priceless during the shoot and in the pre-production phase. The biggest challenge was to make it look DIY but elegant at the same time. We also had a pretty tight schedule to cover a lot of shots.

What were the biggest challenges of the shoot in general?

There were a few to be honest, I had lots of question marks up to the very endpoint. But that’s routine with challenging budget shoots and also the beauty of it I would say. I would say shooting during Covid was a challenge itself, but I feel our team was so solid that it made things easy for me. EPs Delwyn and Carla from Cardel did an amazing job making sure I always had what I needed pre/during the shoot and after. From taking care of the Covid documents to pushing to get multiple technical recce’s and really throughout the whole process. The service in Prague, Closer productions, Matous, Sanjin, Michal, Tomas were all amazing and without their communal effort and dedication, none of this would have been possible. From finding the perfect cast, four locations, three company moves in one day. Two camera bodies, two shots with motorhead cameras and lots of post/VFX to consider.

And, lastly, what can we expect from you in the future?

Currently I’m developing a couple of personal projects, and pitching on commercials/music videos as always!