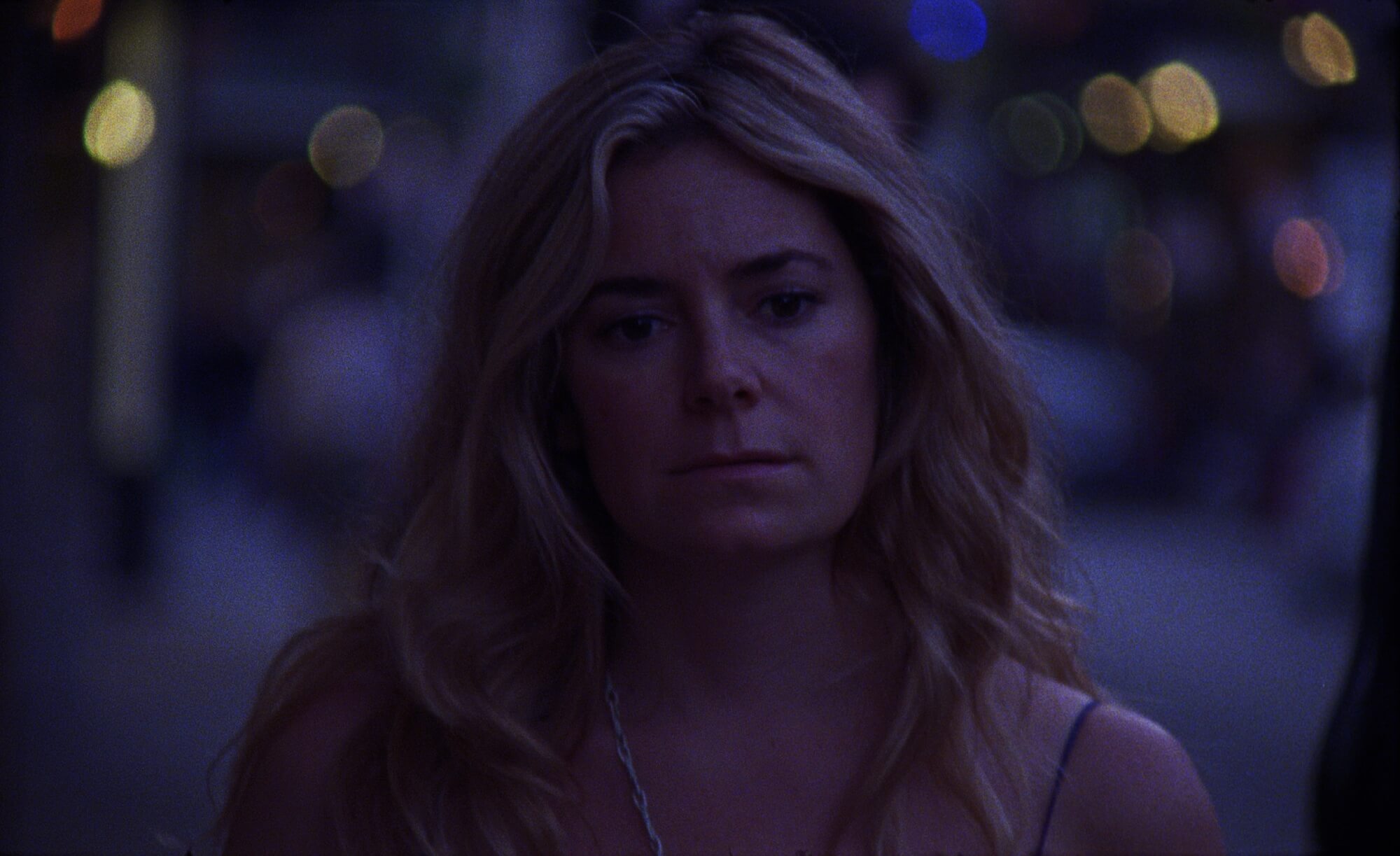 With thematic echoes of Sofia Coppola’s Lost in Translation, Tourist from Paavo Hanninen (last seen on DN here) is an exploration into the need for human connection in a foreign land. When Martha arrives for the first time in New Orleans she forms an unlikely relationship with someone who thinks she’s someone else. Hanninen’s short confronts the strange human notion of sharing openly with those who we’re unfamiliar with, an experience which can sometimes foster our most personal of revelations. Hanninen spoke with DN about how his own experiences in New Orleans inspired his story, the decision he took to capture Tourist on grainy 16mm, and the techniques he utilised to keep his actors immersed in their characters.

What is it about New Orleans as a place that made you want to create a story set there?

I’ve lived in New Orleans for almost ten years now. During the first few years I lived here, I was doing a lot of low-budget promotional and corporate video work. In the course of these projects, I would oftentimes work with companies and groups that were here in New Orleans for conferences or branded events around large festivals such as Essence or Jazz Fest. I was always fascinated by the ways in which people coming here for these pre-packaged experiences for the first time experienced the city. New Orleans is a city built on tourism. It relies on a certain image of the city and an idea that people have about the experience they will have when they are here to bring in a perpetual stream of outside dollars from visitors.

Putting on a mask, creating a fiction, oftentimes opens a doorway to personal revelation.

Once you have lived here for a few years, you realize that the culture of New Orleans runs far deeper and further afield than what you will find on Bourbon Street – although that is part of the New Orleans culture, too! However, before I moved here, I think I had much of the same ideas about what New Orleans was as anyone else, and it is easy your first time or two here to get swept up in the jazz and hurricanes and wrought-iron balconies and never think that maybe you are experiencing something designed for your consumption as a tourist. 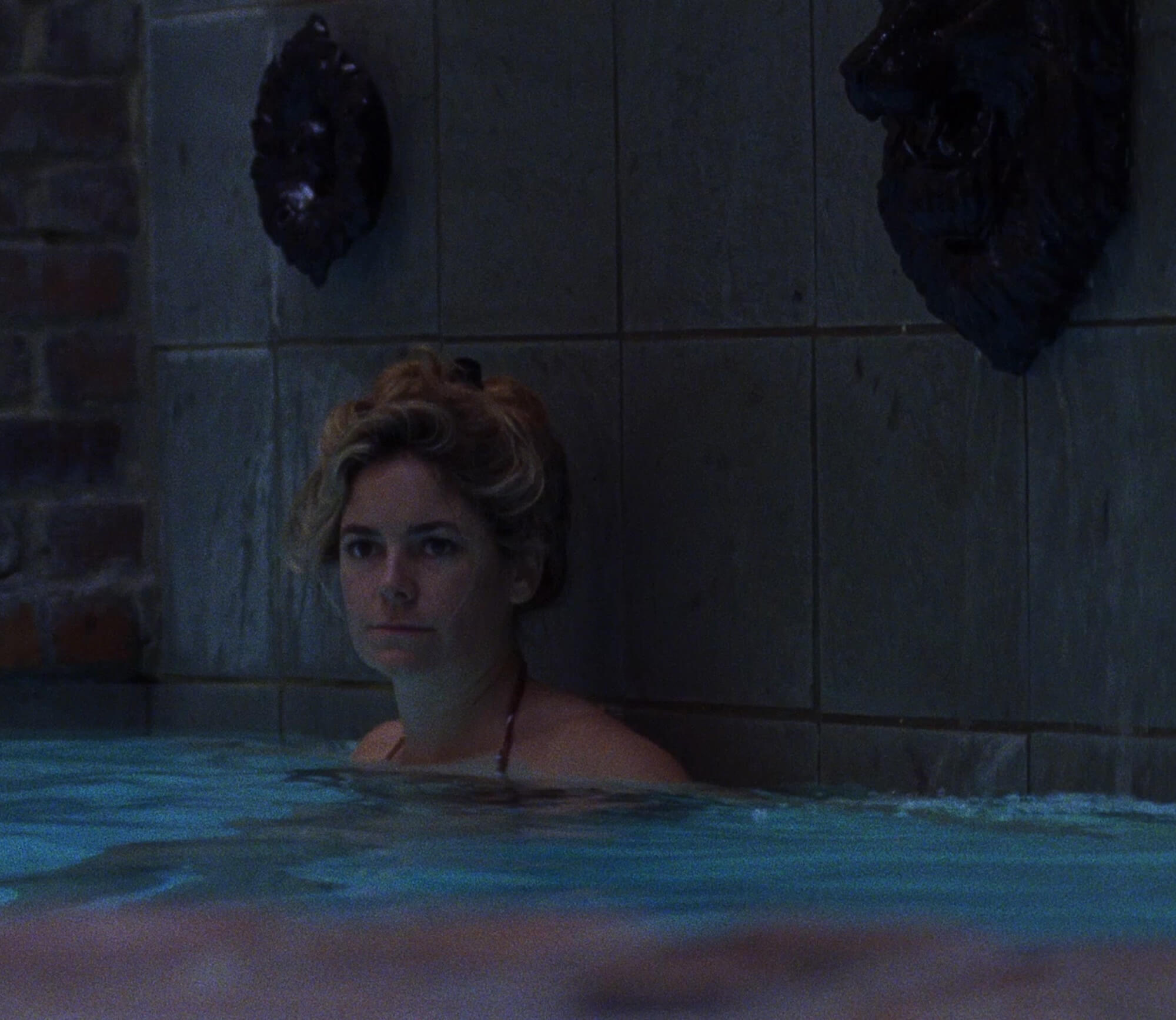 How did you mould these elements of the city into a narrative?

When I was working on these projects, I started also considering the scale of all of this. There are millions of people coming to New Orleans for the first time every year, all doing more or less the same things and all feeling like they are having a unique experience unlike what they could have at home. I wondered, is it possible and what does it look like for someone coming here for work or as part of a group to have an intense authentic, emotional experience inside a manufactured or curated tourist experience? This is where Tourist came from. Once I started turning this concept over in my head, the themes trickled down into the texture of the interpersonal connection at the core of this. Could two people share a real emotional connection or at the very least help each other experience some kind of emotional clarity or revelation while participating in a false reality?

This then led to a deeper question about connections between strangers and play-acting – sometimes it’s possible to reveal more of ourselves to someone we don’t really know and who in turn doesn’t really know us, than would be possible to ever share with someone who knows the real you. Putting on a mask, creating a fiction, oftentimes opens a doorway to personal revelation.

Could you talk about your decision to shoot on film? The grainy texture is a perfect fit for Martha’s story.

I knew from the jump that I wanted to shoot this on 16mm. In spite of my most recent short having been shot on Alexa, my preference is always shooting on film. The look and texture of film is important but more important to me is the way shooting on film changes the filmmaking process itself. There’s a limit to what you can do. There are only so many takes and it forces you as the director to really know what you want and have a plan. I like that pressure. 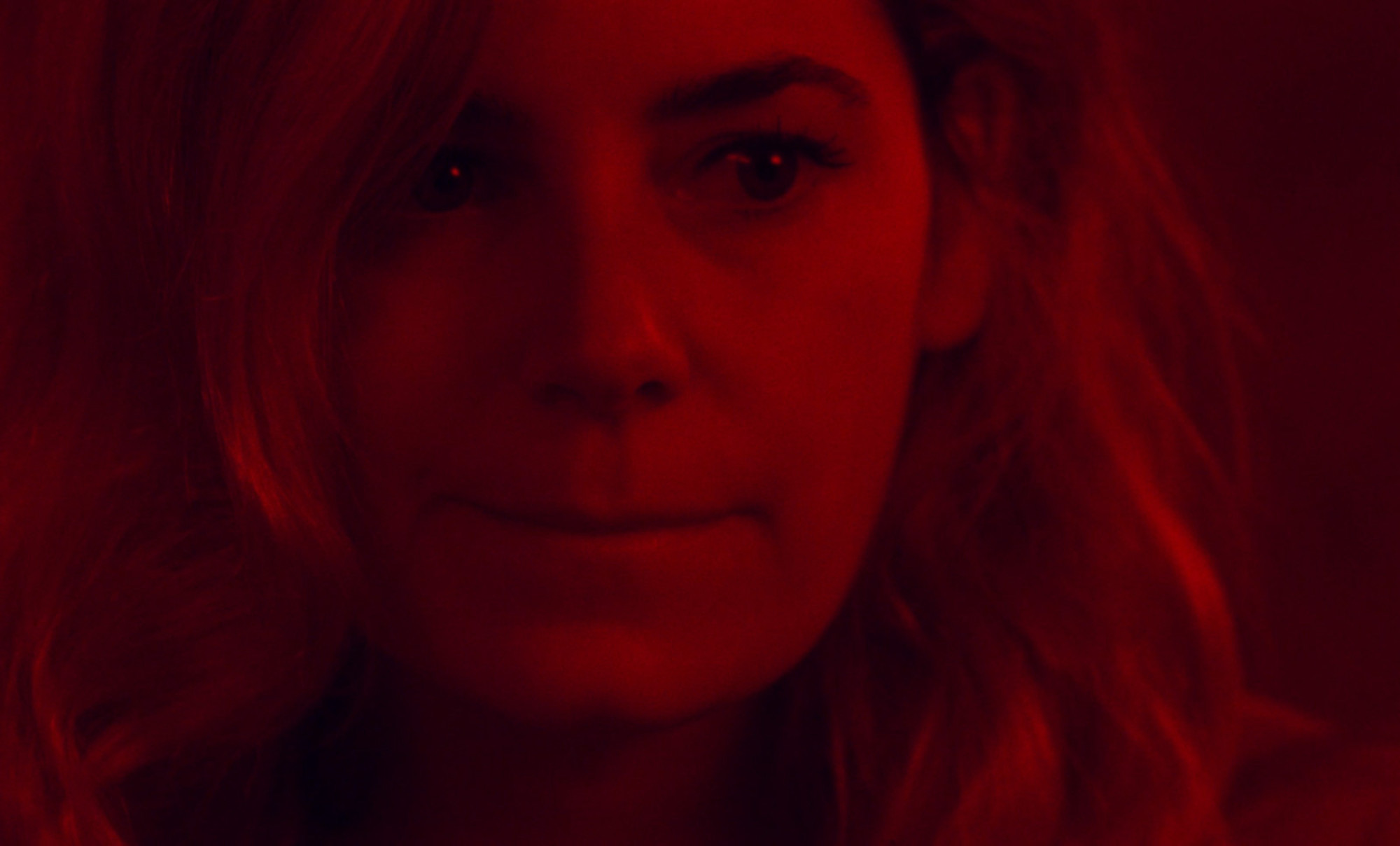 When it came to reflecting New Orleans on screen, how did you decide where you wanted to shoot? And who did you work with in securing those locations?

My Producer Lauren Cargo connected with the project very early and really dove headfirst into finding locations for this project. She’s a fantastic producer who I worked with again on my short Ghost Girl. When she believes in a film she throws her whole self into it and is in to win it with you as director every step of the way. I wrote the convention center into the script without any real idea of how we would get those shots, but with enough time and patience and conversations, we were able to make it happen for a reasonable fee. That was probably the most interesting day of shooting on this project. Working in an environment like that is fascinating.

Shooting on film changes the filmmaking process itself. There’s a limit to what you can do. There are only so many takes and it forces you as the director to really know what you want and have a plan.

My Cinematographer Justin Zweifach had a great eye for finding fleeting moments and pockets of light in the space and I wish we had been able to include more of what we shot in the film. We went in with as small a crew as we could, and the way that people just didn’t notice us or chose to ignore us was kind of mind-blowing. We were shooting some of that on, I think, a 300 mm lens. We were not trying to hide or anything.

Given that Tourist is very character-centric, how did you find working with Jamie and Craig to develop their performances and chemistry?

They both fully committed to these roles. Jamie, with who I’ve now made three different short films, is a rare talent and a very important collaborator. The moment she read for this role, it was done, game over. There was no need to audition anyone else. I couldn’t imagine having made this film with anyone else. For me, though, it was Craig and the vulnerability that he brought to this role that made the film. We auditioned a lot of different men for this part, and almost all of them played it in this one-note manner where they were really leaning on the sleaze as the defining trait of this character. But Craig came in and he immediately dialled in on this really sympathetic portrayal of a man who is alone and lonely and doesn’t really have the emotional toolbox to handle that feeling without reaching out for something or someone. That was crucial to understanding how such a brief encounter could reach such emotional depths for these two people. 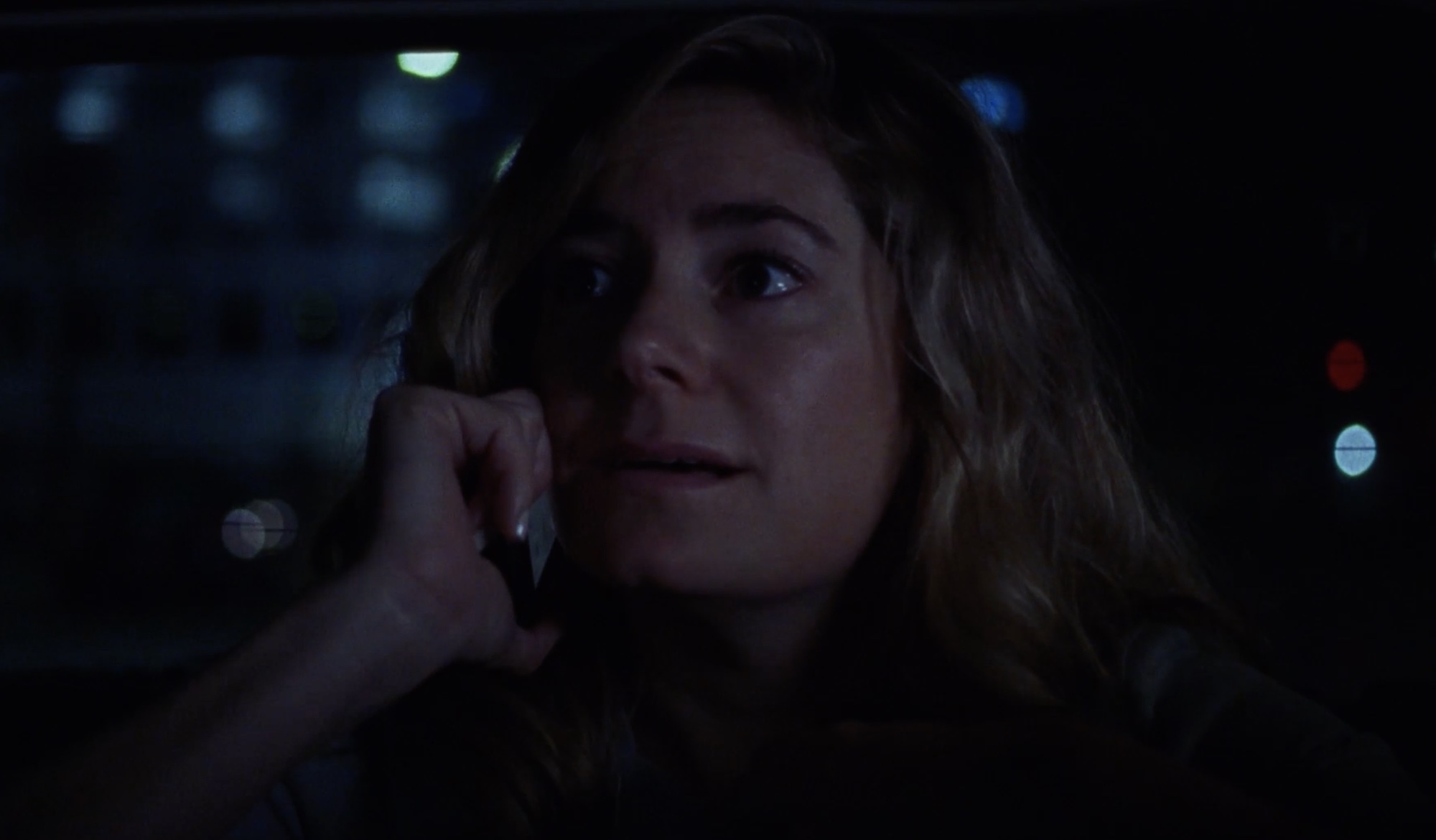 Was it challenging to capture that final exchange between Jamie and Craig, given that you were shooting in a moving vehicle in the streets?

New Orleans has a surprisingly lax policy around this. They required no extra permits or anything to shoot inside a moving vehicle with lights hanging all over it as long as we didn’t take up more than one lane of traffic. We just circled up and down the main stretch of North Rampart and Poydras for hours. We wrapped at like 4 am. The final thing we shot was the final take of the final shot of the film. And I actually didn’t reveal to Jamie the change she was supposed to make to her accent for that shot until right before that final take. I hadn’t wanted her to have to deal with the mental gymnastics of trying to play someone pretending to have an accent.

Wow, that’s really interesting! Were there any other elements of the film that shifted or altered over the course of you making it?

It’s interesting the way that films transform over time and the way their original DNA gets whittled away as you start to make better sense of what your subconscious was actually trying to get at. In my original edit of this film, Martha’s time wandering around New Orleans was greatly extended and included her watching Tom Sanders, a street performer, play the hammered dulcimer, which is what you hear as the score of the film. Ultimately, this section was greatly condensed and some sterling supporting cameos were cut out, but the soundtrack remained. Tom performs all the time on Royal Street in the French Quarter if you are ever in the area and want to hear some hammered dulcimer music.

Last time we spoke you mentioned you were working on your feature Remote View, how is that going? Are you working on anything else?

I’m still trying to get Remote View off the ground as well as a couple television pilot scripts that I recently completed that I am trying to figure out what to do with.