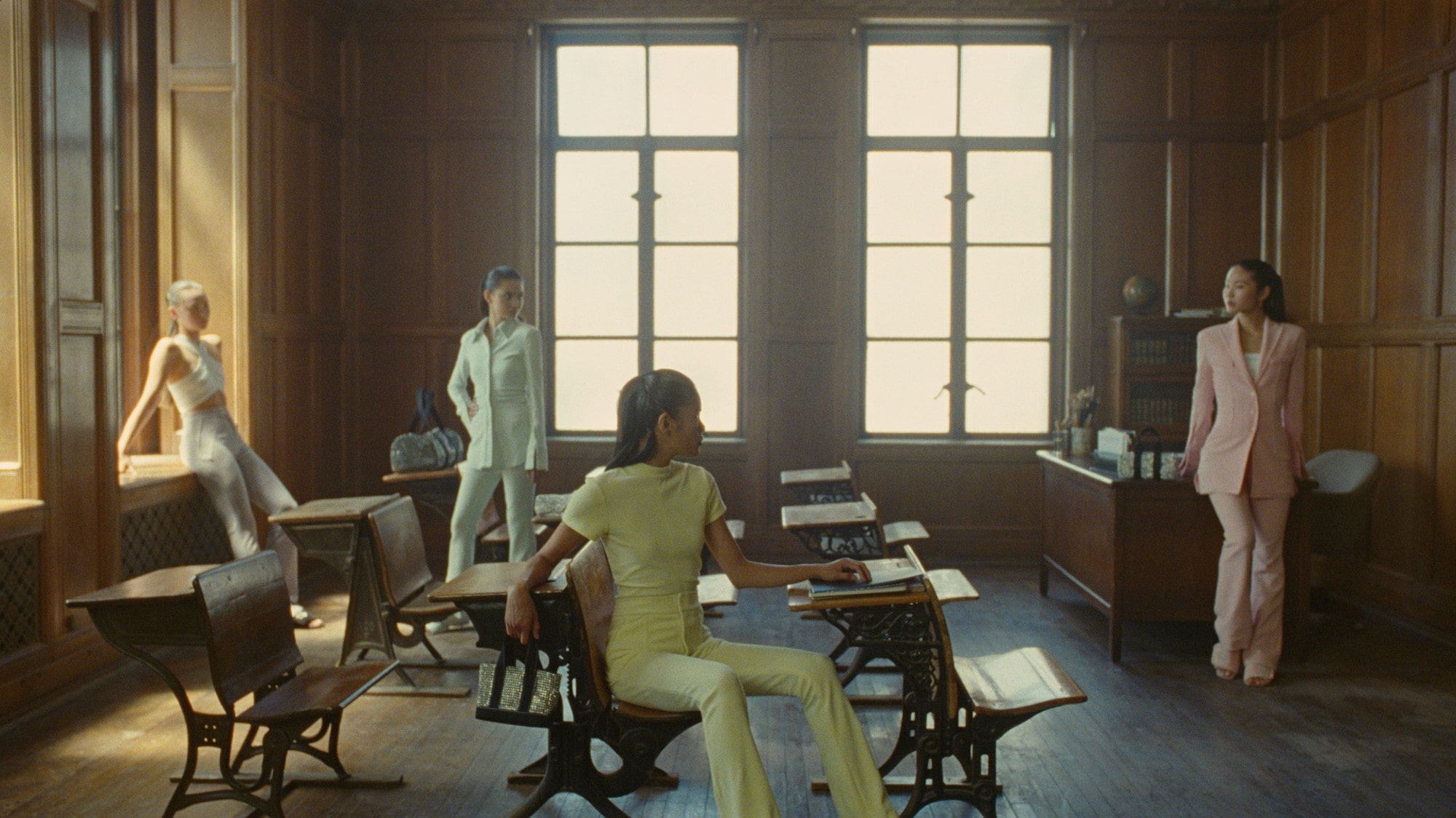 A gorgeous synthesis of colour, camerawork and choreography made to celebrate Alexander Wang’s latest women’s fashion line, Sisters from Pavel Brenner (last seen on DN with Brodinski music video Split) operates like a Wuxia film in miniature. A propulsive portrait of three Asian siblings as they strut in suits, ride motorcycles and get into Wushu fights, it seeks to empower Asian woman at a time of immense difficulty for the community in the USA. With many fashion films often focusing only on aesthetics and feeling, it is also a refreshing action take that shows off the clothes in movement. We talked with the Russian-born, LA-based director about working on his first commercial, finding the perfect song through GRRL, creating the film’s fast-moving feel, and the similarities between fashion and genre films.

Tell me about how the commission came your way?

The client connected with us directly on Instagram. They said they binge watched the music videos I directed — that was pretty cool.

Were you given creative freedom to write what you wanted? What did the brief look like?

The brief broke down the marketing plan for their Summer collection. There were three sub-collections, one for each month, all with a very distinctive vibe. We had a decent amount of creative freedom. My creative partner Camilla Gai and I came up with this story of three orphan sisters who live in their own worlds, all reflecting the sub-collections. We just needed to find a cool element for each world to make it interesting. Alex suggested Wushu; we added jump rope and motorcycles. The client agreed to shoot on film and let us take care of editing and color grade. With no prior commercials, to have their trust throughout the production was essential.

We have motorcycling, fighting, and dancing. Did you have any other ideas of actions that could propel the movie along?

Yes, we wanted to explore jump rope stunts more and bring double-dutch teams on board but the ones we loved were based in France and Japan. Because of COVID, flying people to the US was complicated. We had the same issue while searching for Wushu athletes who are mostly based in China. We were fortunate to find Isabella and Serena in the US. They did the choreography and nailed the performances on set.

With no prior commercials, to have their trust throughout the production was essential.

The music is very bouncy and propels the film along, did you always have this track in mind?

Yes! I wanted to work with James Mapley-Brittle, also known as GRRL, for a while. I’d pitched a few projects in the past with his music in mind and was glad we were finally able to collaborate. We picked his track The Storm early on while looking for something that could carry the visuals and were inspired by it throughout the production. James created a few more tracks for the film and released them as a soundtrack. Check it out, it’s awesome.

Were there any difficulties in the edit? It’s a short film but there’s lots of information!

Not really. We confirmed our animatic with the client prior to the shoot and kept the cut almost the same. I really believe that preparation is key and we specifically asked the client for three weeks of pre-production to polish the creatives, make the animatic and, of course, make sure we got everything else right. 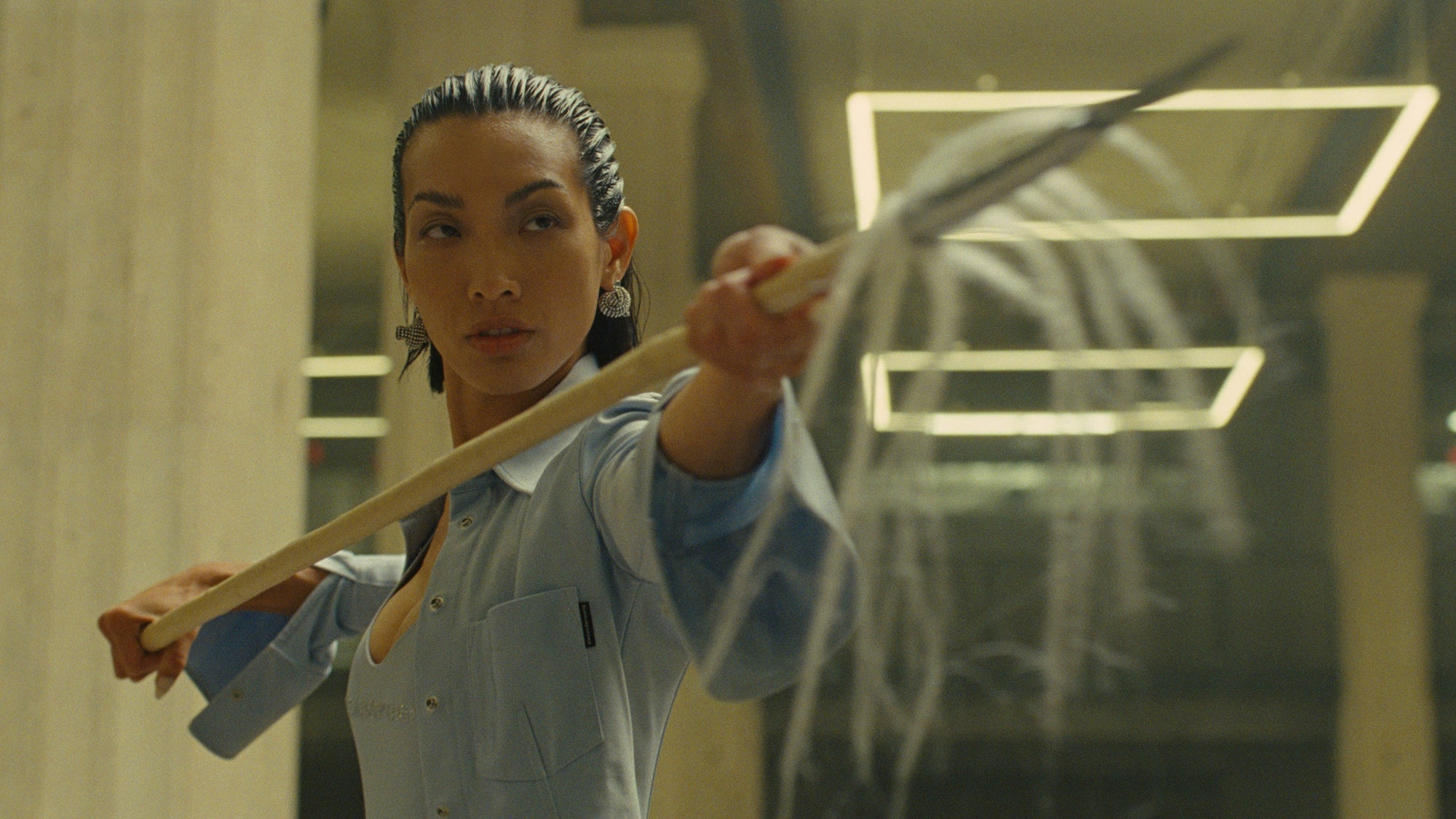 What attracted you to this style of fighting and motorbikes? For me it feels like an action/Wuxia movie in miniature? How fun was it to play around with genre?

I love genre films. I feel like fashion and genre films have a lot in common — iconic characters, controlled and visually stimulating environments and an ambitious approach. I wonder what else can be done with the fashion film medium. It was fun to play with it even with a few obvious limitations. I believe the medium could be pushed even further.

What was the challenge of doing the choreography?

The main challenge was to make all the stunts work together organically in a two minute long film. We didn’t want to overwhelm the audience. Having the track approved prior to the shoot helped us a lot in envisioning how the choreography could play out.

The film comes at a time when there’s been a lot of discussion about Asian women in America. Was it cool to work on something empowering?

Absolutely. First, working with an all female cast was great because we were fans of strong female leads. Second, we wanted to emphasise Asian excellence to balance what was happening post-COVID. Having all women also felt natural because the film featured a women’s collection.

Walk me through your technical setup for the shoot?

Early on we decided to shoot on 35mm film. Chris, our cinematographer, decided to shoot with a two camera setup of ARRI 235 and SL Cine. We used the standard speeds for drone stuff due to weight, and the master primes for everything else for a sharp look. We then put Astera Titan tubes up throughout the garage on top of the practical fluorescent fixtures to add a bit more light for the motorcycle work so we could dial in a good level of green wirelessly.

We wanted to emphasise Asian excellence to balance what was happening post-COVID.

There are a lot of zooms and quick pans which makes the film feel rather zippy. It feels like it’s moving all the time.

Yes, we wanted to have a lot of movement both with our camera and talent. The track set up the pace for the film and we wanted to keep it consistent throughout. 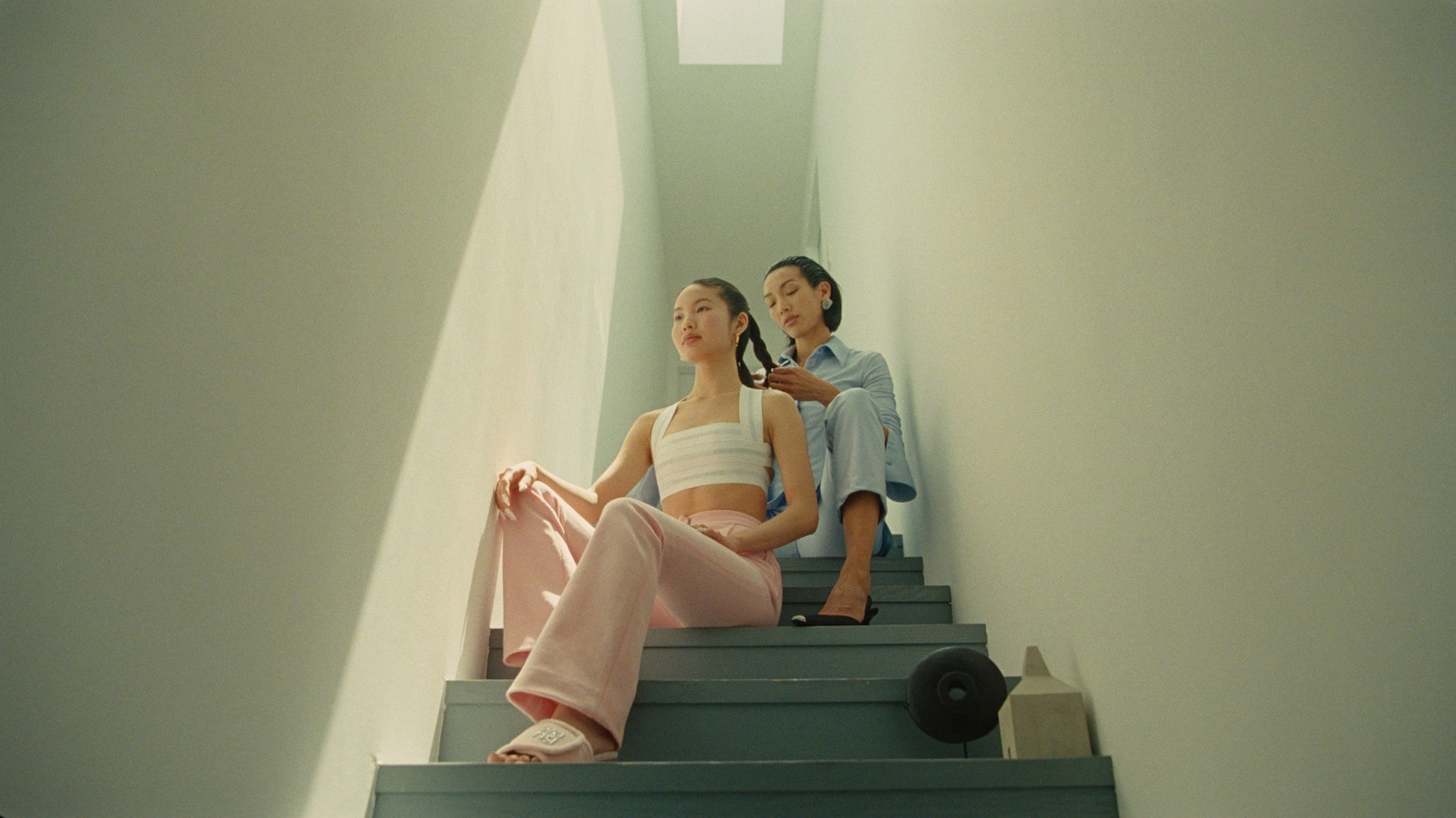 I want to spend this summer writing. There are quite a few projects sitting on the shelf so it would be great to focus on that. Working with Malcolm, David and Fabien was fun and we want to create something even more ambitious with the same team.