We’ve all seen them, middle aged men clad in lycra. Amateur cyclists who don the gear of the professional. Filmmaker Ben Marshall takes this image and amplifies it through an increasingly ridiculous battle of bravado for his short MAMILS (Middle Aged Men in Lycra) which sees two men converge in a park and pit themselves against each other in an one-upmanship bout of physical exertion. Marshall utilises the stylistic techniques of a martial arts film to hilariously subvert masculinity in doing so and it’s a joy to watch. DN is excited to premiere MAMILS on our pages today alongside a chat with Marshall where he breaks down the storyboarding and on-the-day improvisation behind his comedic test of testosterone.

What inspired you to make a film about cyclists and their misplaced bravado?

Like many during lockdown I decided to try my hand at some new hobbies and thought that cycling was going to be the one for me, but after a few ego bruising crashes I realised that perhaps I wasn’t the next Bradley Wiggins. But something from these rides really stuck, the warring colours of competing Sunday cycling clubs, the sounds of cleats against concrete, and the silent side-eye assessment you make of a rival’s frame as they speed past you.

I wanted the introduction to play out like the early stages of a martial arts fight.

The unironic flamboyance of middle aged blokes in bright neon all felt a little West Side Story and I couldn’t shake this idea that the clack of cleats on concrete were eerily similar to the sound of tap dancers’ shoes in full swing. And so it was this dumb jolt of inspiration that sparked the idea for MAMILS and put it on the path to being made.

There’s a strong stylistic touch to the editing and camerawork of when the two men first meet, what were you looking to get across in doing that?

The script was built around the central visual gag of two burly cyclists confronting each other, and just when it seems they may fight they instead leap into beautifully choreographed dance. To get the characters to that point I wanted the introduction to play out like the early stages of a martial arts fight scene, using fast cuts, crash zooms, whips pans and punchy sound effects. This was to give the comedy pace and energy, but also to create a massive contrast to the final scene after the dance has finished and we’ve smashed back to reality when all we can hear are the diegetic sounds of the park as they sheepishly make conversation. Once it was down on paper I pulled together a visual deck to showcase the look and feel of the film and began the hunt for the cast.

Was there anything in particular you were looking for your actors to bring to their roles?

The goal was to find two leads who have a really unique performance style that would create a fun and balanced dynamic within the short, as well as accurately representing South London where I live and where I was going to shoot. As soon as I saw the work of both Kevin Garry and Ciarán Dowd I was desperate to work with these guys because everything I had seen them in was hilarious! I fired out emails to their respective agents and after a few Zoom calls, both signed onto the project!

When you’re writing comedy, do you storyboard heavily?

Storyboards were an incredibly important part of this process because despite the film being short there are a huge number of shots, and in the words of my DP Tom Turley, “a hell of a lot to cover in one day”. They were key to keeping us on track during the shoot as we had to rally through takes and could clearly mark off each shot when we were content we had it in the bag.

Speaking of your DP, there’s a real sense of vibrancy to MAMILS, what did you both discuss when it came to the look of the film?

My goal was to create something that had loads of character but still retained a commercial look and feel. We shot on a Red Komodo 6k paired with Canon Sumire primes, an Angénieux zoom for the crash zooms, and a few layers of filters which are Tom’s secret sauce. We kept the camera kit light, and lighting to a minimum, mainly utilising diffusion and bounce, so that we could switch setups quickly, a huge priority to get through the shot list.

My goal was to create something that had loads of character but still retained a commercial look and feel.

I love working with Tom because he doesn’t just want the film to look beautiful, he pushes us both to find the right way to position the actors in frame to accentuate the comedy. We predominantly shot on 20-24mm lenses throughout the bulk of the film to place the audience up close and personal with the characters at peak strangeness. This meant that both me and Tom were right alongside the actors during the performance and could bounce ideas back and forth quickly during the takes, giving us loads of options for the edit.

So you allowed your actors to improvise and bring in fresh ideas?

The improvisation was key to bringing MAMILS to life and was one of the joys of working with talented comedians like Kevin and Ciaran. We used our wide takes as an opportunity to play around and find the rhythm of the performance, giving space for them to try ideas, and then would use that in the close up singles we shot later in the day. This kept us all on our toes as we had to furiously scribble dialogue notes but was worth every second of it for the energy it gave their interaction.

Also, sorry to break the illusion but it wasn’t the guys doing the tap dancing, that was the amazing footwork of the talented James Redman who is a professional dancer and choreographer. James was key in guiding the guys to create comedic movements that still had some grounding in tap, and coached them to pull off a convincing finishing pose as well. Once both the leads had locked in their singles we then ran back the takes on the monitors so James could improv dance steps that would match the movements, which created an eerie air of believability!

Like I mentioned earlier so much of what makes the short work is the combination of the actors’ performance with the snappy editing, how was post-production for you in that sense?

Finding the balance between the energy in the two leads’ performance and the onlooker played by amazing Gregory Cox was key, as it was his reaction to what’s happening on screen that gives the film its solid grounding. At first, it was so tempting to go with the biggest actions that gave the most laughs on the day, but having some restraint made the film flow way better.

Sound design was massively important in nailing the contrast between the heightened imaginary battle inside the cyclists’ heads, and the world of the real. After lots of experimentation, it clicked that both leads should be defined by the sounds of different instruments, Ciaran by flute and Kevin by drums. Working with composer Kevin Pollard we created these aggressive freeform jazz style musical callouts, that work individually, but harmonise with each other as their actions intertwine. Scoring the performance in this way allowed us to mimic both leads’ movements with the music, and accentuated the hard cuts back to reality.

What did you learn through the making of MAMILS?

I began this project as a bit of a challenge, to see whether I could create a film from a ridiculous concept in a short space of time but the process was way more valuable than that. I gained incredible insight from improvising with both Kevin and Ciaran about how to create successful comedy, worked with an amazing crew who threw themselves into the collaboration and even picked up a few tap dance moves along the way. 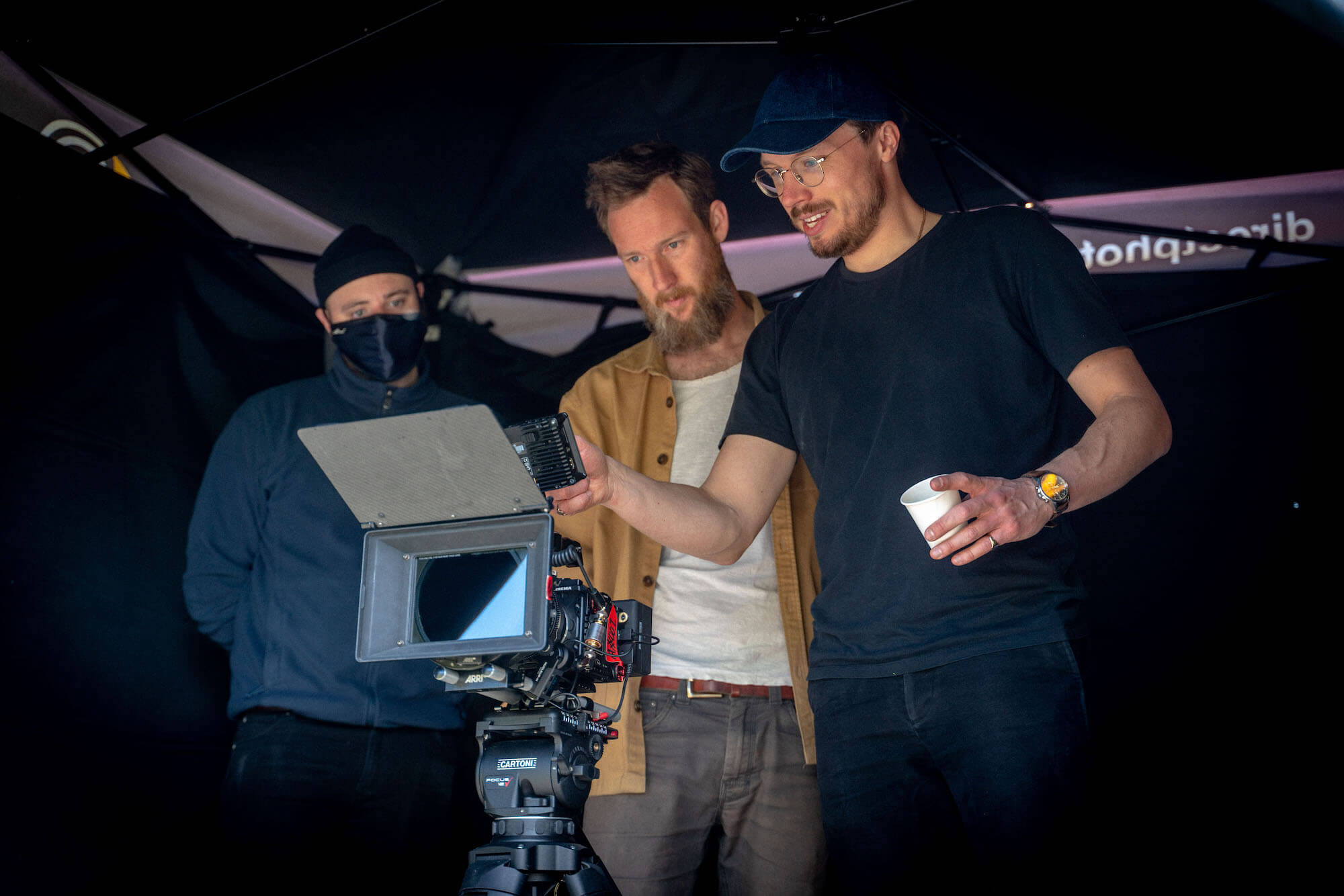 What does the future look like for you at the moment, project-wise?

I’m currently splitting my time between commercial projects and pushing my next short into production. Without giving too much away it’s a comedy like MAMILS, but a bit darker, revolving around terrible pick up techniques and exploding limbs!