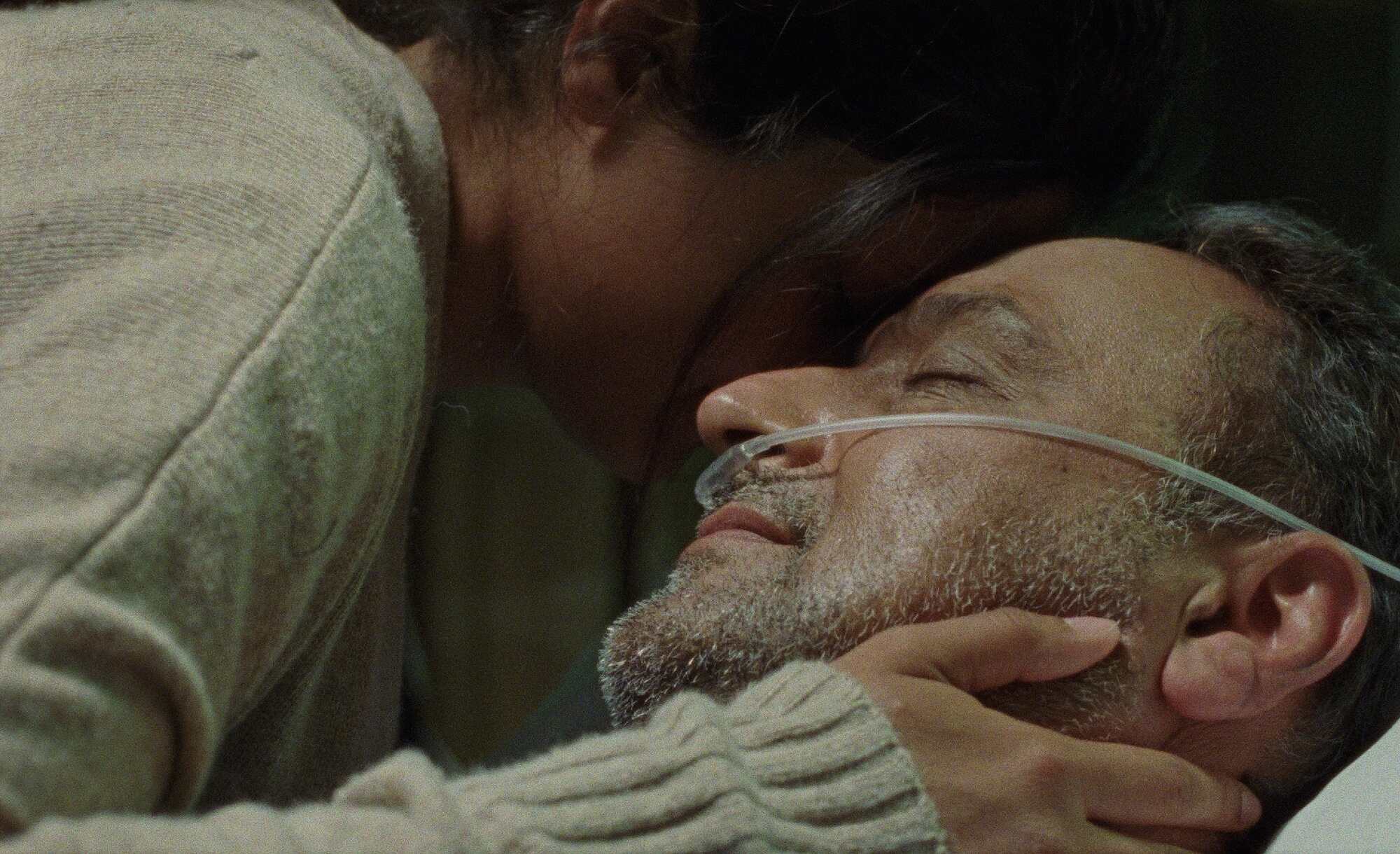 It’s a difficult moment when the caregiving switch between a parent and child occurs. Sometimes it’s brought about by the inevitable yet natural process of ageing but it can be even tougher on relationships when the switch occurs at a younger age, triggered by ailments that make the transition more frightening and immediate. Alexander Farah – who edited idiosyncratic movement visual poem You Know Where You Belong – captures this switch and the unique dynamic between a caregiving daughter and her diabetic father in his new music video for Desirée Dawson’s Meet You at the Light. It’s a tender and moving familial portrait which channels the track’s soothing and heartbreaking emotion. Farah also reflects the nature of how this situation occurs within a South Asian immigrant family, highlight the cultural specificity of their interactions. DN joined Farah in conversation to learn more about the beginning of his collaboration with Desirée, how he created an intimate family-style atmosphere on set, and the multi-week process of working with his non-actors to get them camera ready.

How did this collaboration between you and Desirée form?

Desiree wrote this song after she lost her grandpa in South Carolina during the beginning of the COVID-19 pandemic, as a result of not being able to attend his funeral. She sought to create a piece that explored different facets of grief through the reflection on what someone’s presence means to someone, pre and post-mortem.

The daughter of the film is based on a very close friend of mine. Her dad died in the spring of 2020, after an exhaustive five-year battle with diabetes, kidney failure, sepsis and severe depression. Given my proximity to her family, I had a front-row look into some of the challenges they faced, and more insightfully, how heavy they weighed on my friend throughout her dad’s deteriorating health. “Leaving the hospital, driving back home, I would feel so weak… overwhelmed by not being able to do more. In bed I would be looking at old photos and webpages on the life expectancy of people with the same health issues as my dad and get so upset by it,” she’d explain to me. We had chatted at length about sculpting and sharing this story in a way that felt honest, true, and lived-in. 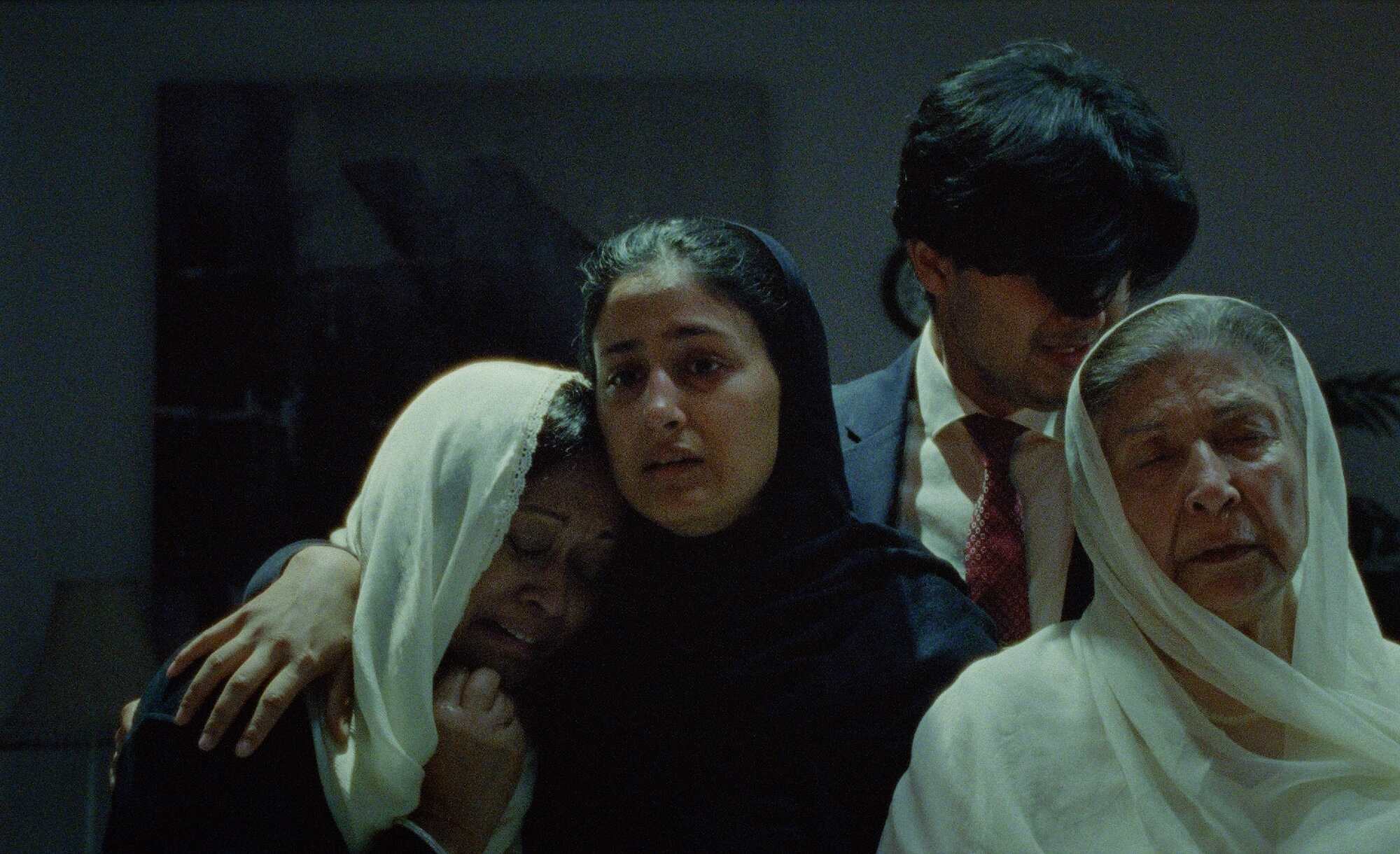 Did those conversations lead you to create a film about the dynamic between a caregiving child and a co-dependent parent?

Personally, the relationship between a caregiving child and a co-dependent parent feels emotionally rich. How the intersections of love, responsibility, patience, honour and sacrifice all weave together, specifically in a Brown household. I knew I would have a fruitful and exciting time directing this sort of project. I want to shed light on the beautifully emotional relationship between this father and daughter; that it could be playful, sincere and earnest, all at once. I wanted to steer clear of the narrative that children are not always burdened by their sick parents, that honour, fulfilment and deep, deep love can submarine out of the process despite how grim the circumstances may seem. And most importantly, how both father and daughter manage to wholeheartedly communicate this unspoken love while holding space for one another.

There was a beautiful paradox of sorts at play here; the closer that she became with her father through caregiving, the less agency he held onto as a parental figure — something he wanted to hold onto as long as he could. What delicate territory to traverse… and when I got to do it with an actual real-life father and daughter (more on this later), the project really started to take on a life of its own.

I want to shed light on the beautifully emotional relationship between this father and daughter; that it could be playful, sincere and earnest, all at once.

Given the intimacy at play, what considerations did you have in mind when casting the family and forming those relationships pre-shoot?

One of the predictable challenges of this project was casting. I had assembled a Brown family of four, seven years ago on my first short film, and knew it would come with similar struggles. Despite having excellent casting directors, I still struggled to find suitable parents to play these roles, particularly the father. After sifting through the few Brown men who were submitted but were then naturally unavailable for our shoot dates, I decided to plant a seed. I asked the young woman I cast as the daughter, Ishaval Gill, to consider asking her father to perform in the film. She politely said yes, though I was able to sense her hesitancy. She offered me the chance to connect with him to discuss the script and scope of the project. We had a very short video call that in all honesty, left me feeling a bit ambivalent.

I arranged to meet the two of them together six weeks before production, to see what we were working with. Ishaval and her dad, Kamaldevinder, sat on opposite ends of the couch and were both shyer than I had anticipated, I was, in all honesty, a bit worried at the time. We spoke about their relationship, their family life, their upbringing… I knew I had written a script for this piece but I really wanted to reshape the characters after the two of them. And so we talked. And talked. And talked. And finally, I decided to break the ice with a few warm-up exercises. They were not particularly extraordinary icebreakers, but once I saw a quick glimpse of them participating with one another with such earnesty I knew there was gold tucked under the tombstone of their relationship; it would just take a committed amount of digging.

And how did you find that digging? Was there anything in particular you did which helped to establish their on-screen relationship for production?

Fast forward five weeks. We met every week. Sometimes we’d improv, other times we’d interview one another or workshop certain ideas, talk about the cultures we were raised in… it started to feel like a really lovely routine. Getting to spend so much time with her and her dad felt really warm and special, one of those filmmaking experiences I’m not sure I’ll get to have again. With each week, we’d bring in other characters one at a time, the mother, the grandmother and the brother, together crafting the dynamic of this family. Again, a luxury I’m not sure I’ll have on future projects of this size/budget, but one I felt very grateful for this time around.

By the end of our prep time, I had sensed such a shift in the relationship between this parent and child (and by extension, my relationship to them). Hard to put into words, but the warmth, playfulness, closeness… it was so special to see and feel, I kept praying that putting cameras in front of it would not scare it all away.

Our Producers Shyam Valera, Kashif Pasta and I determined the best suited schedule for this shoot, cushioning every scene with the understanding that we were working with actors of varying (or no) experience, in some very delicate settings nonetheless. Their logistical support and emotional encouragement were paramount to the completion of this project.

Who else did you work with? I imagine that you would’ve sought a crew who understood the intimacy of what you were looking to capture.

It was important for me to create an energy behind the camera that matched the softness in front of it. Every team member we brought on really contributed to the intimate family-style film set I feel most comfortable with. I worked very closely with our Cinematographer Farhad who brought such gentle and nurturing energy to this project. It can be challenging to meet collaborators who just ‘get it’, but with Farhad’s skills and instincts, I felt very understood and safe, in a way that let me channel my energy into some of the more challenging work I had to do.

It was important for me to create an energy behind the camera that matched the softness in front of it.

Now that you’re finally showing the film to audiences, what has been your biggest takeaway in terms of a filmmaking lesson or a general reflection on the experience?

At the end of this project, Ishaval told me I was a “blessing” for her family, something that really made me melt. To think that I got to play a tiny role in the (re)bridging of their relationship, that is my biggest takeaway from this project, regardless of how it is released and who sees it (this sounds like fluff, but I really do mean it). This entire process reflects the therapeutic sweet spot of filmmaking I really aspire for — that balance of non-fiction and fiction, hope and fear, and hurt and healing. I am deeply grateful for the experience, for friends old and new, for the generous support of the MVP Project and Creative BC alike, and for the humbling opportunity to share this story with anyone who it may resonate with. Thank you.

Can you tease any future projects for us right now?

I’m currently one month into editing my first feature, which I didn’t direct. That will take up the next few months. Once I’m finished with that, I recently won a grant from the Harold Greenberg Fund, their final round, to write and direct a short film that honours the writing of David Wojnarowicz’s One Day This Kid. I’ll add that directing this music video was a very enjoyable experience and has made me think of a few different narratives I would love to explore, perhaps by finding the right musical fit as we did here.