While the environmental effects of coal mining can’t be defended, the slow erosion of this industry has nonetheless left ghost towns across the world, from the north of England to the east of the USA, causing huge ramifications in local economies and national politics alike. The Both of Me from Brandon Lavoie (last seen on DN here) sheds a light on the formerly coal-rich Appalachians, which has suffered greatly from losing what was basically its largest source of income. Using the story of former miner Chuck Nelson as an anchor, the film blends poetic observation, archive testimony and moody drone footage to excellent and intimate effect. We caught up with Lavoie to talk about working on the project for six years, trying to initially capture overhead footage in a small plane, misconceptions about the region and the way he used narrative devices to create a sense of flow.

You wrote in the film’s description that this was the “definition of a passion project.” Tell me how you first got in touch with Chuck Nelson and why this project means so much to you?

I started researching the area of Appalachia back when I was a senior in college. I was always fascinated by the area and the way people’s voices sounded. It was just a part of the country that I knew nothing about. A friend of mine mentioned that I should start looking at coal mining and especially mountaintop removal, which was a new kind of coal mining where they essentially drill holes into the mountain and blow off the top with diesel fuel and ammonium nitrate.

I started doing some research and called some environmental organisations that were involved in activism surrounding it. After talking with five or six people, someone mentioned this man called Chuck who has a really interesting story and is totally against mountaintop removal. After we started speaking on the phone, I went down to West Virginia with Brady Darragh, a good friend of mine, who also edited and executive produced the film. Chuck was just so special: he was super warm and always so welcoming. As long as you wanted to learn and listen, he was your best friend. That relationship we developed with Chuck over the last six years was really close. We ended up being like family towards the end.

There’s definitely a misconception of Appalachia. The people from there get a bad rap.

Were you filming for the whole six years?

We visited a few times, and each time I was deepening those initial trips, recording interviews and audio. Filming around these areas. We would get in the car in the morning and just drive around West Virginia with Chuck. We’d pull over for a half hour and he’d talk to us about one experience that he’d had in a certain place, or where a mine used to be underneath the ground. We filmed there, but what was really happening on those first trips was just us building a trust and rapport with him.

As a non-American, most of the depictions I’ve seen of this area are steeped in clichés of darkness and mystery. Was it actually quite different when you were there?

I think there’s definitely a misconception of Appalachia. The people from there get a bad rap. They’re typically shown in the media as being unintelligent or can’t think for themselves. What we found when we went down there was the complete opposite. The first Europeans who were in that area had to fend for themselves and live off the land. The college mascot for West Virginia is the Mountaineer. These are people who take a great pride in doing things on their own. I think the way the area is represented isn’t quite fair.

How much coal mining is left in the region?

The biggest issue that Chuck was talking about is this idea of a mono-economy. The entire economy of the area is built around coal mining. The issue in West Virginia is that they’re running out of good coal. There’s now a big push to fracking, as there’s been a lot of success with that north in Pennsylvania.

The drone shots feel like something out of a moody detective series. Tell me about the use of drones and how you wanted to capture this sense of space?

As we continued to go back to West Virginia, we realised that the only way to visualise the problem was through aerial footage. The first time we went down we flew in like a little Cessna airplane and I filmed out the window. When we got back to New York and looked at the footage, we realised that none of this is really going to cut it and we needed a drone pilot. We lucked out: our drone pilot, Dexter Kennedy, came down anytime we set up to shoot a scene. Everything was pretty planned out more like a narrative shoot, so we knew the places where Dexter should be.

We realised that the only way to visualise the problem was through aerial footage.

The town of Twilight almost seems to comment on the aesthetic of the film, caught in darkened, fading light and muted colours. Tell me what kind of camera you used and how you wanted to capture the light?

Our DP Jared Levy shot on a Red Gemini. He and I spent quite a bit of time talking about the lensing before we went down. I wanted some lenses that would have a lot of character and we also knew that we wanted to shoot spherical. We had some references: we really liked the colour palette from The Witch while the interiors from Chuck’s house were from True Grit. There’s a scene with Jeff Bridges with just a beam of God on him.

We wanted it to be very warm because it represented him as a person and the atmosphere that he created for himself. Then the outside needed to create a contrast between his house and the harsh reality of where he was living. There was definitely a lot of decision-making in terms of the colour grade and the light in West Virginia — someone referred to it as “dog-light” where the light is pretty much the same at all times of the day. We kind of lucked out; I think it was to do with the temperature and that we went in just before New Year’s. 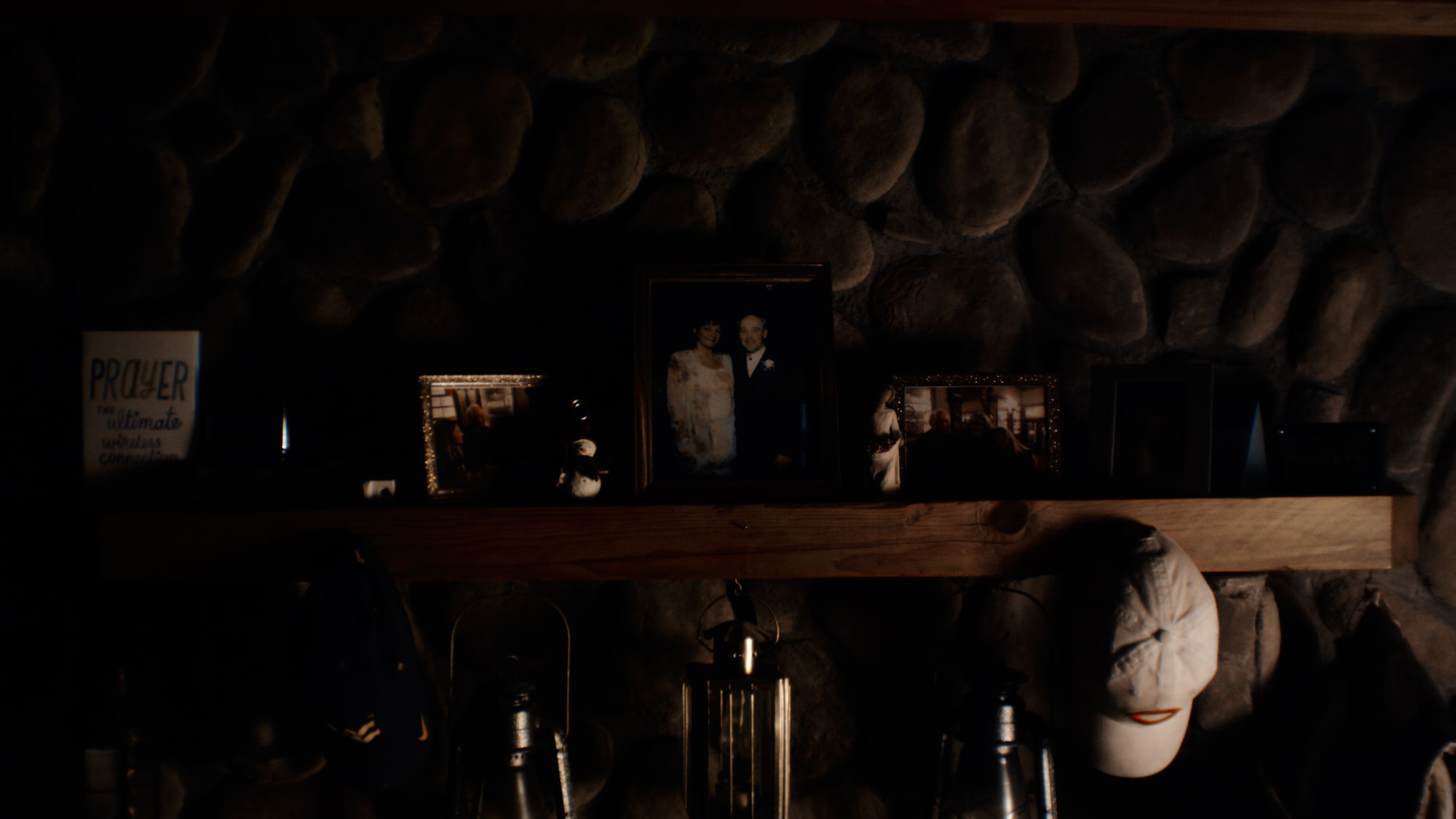 You have some stylistic choices which help to create a sense of narrative. For example, the use of the television at the beginning and end to bookmark the film.

The TV bookending either side of the film is something I wanted to do because the way Chuck talks about his life, it’s always like he’s watching it happen before him. I found an old TV on eBay and we had this location, the union hall, where the TV is located inside. We knew we wanted to film in there as it’s a portal where time has stood still.

The way Chuck talks about his life, it’s always like he’s watching it happen before him.

Tell me about the use of archive, which blends with the more poetic frame of filming quite nicely.

There have been a lot of projects on the Appachalians, but they don’t always portray it in the best light. Brady and I watched a ton of archive footage, and one stood out to us, called Before the Mountain was Moved. It was a government film made back in the 70s. We licensed a lot of the footage. The clip in the middle of the film, right before the end, where the gentleman says that he’s been a miner for 40 years, and all he has to show for it is black lung disease, shows how long the problem has been going for.

It all comes back to the question earlier in the film about how the coal industry has ruined people’s lives. Brady and I didn’t want to make a conventional documentary — so we created a montage at the end where everything plays in reverse. This came from narrative filmmaking: here pieces and places of his life could pass before him.

I am developing a documentary about a man who used to smuggle drugs for the Mexican cartel. He got caught then turned his life around so he could help others headed in the same direction.

The Both of Me is one of the many great projects shared with the Directors Notes Programmers through our submissions process. If you’d like to join them submit your film.