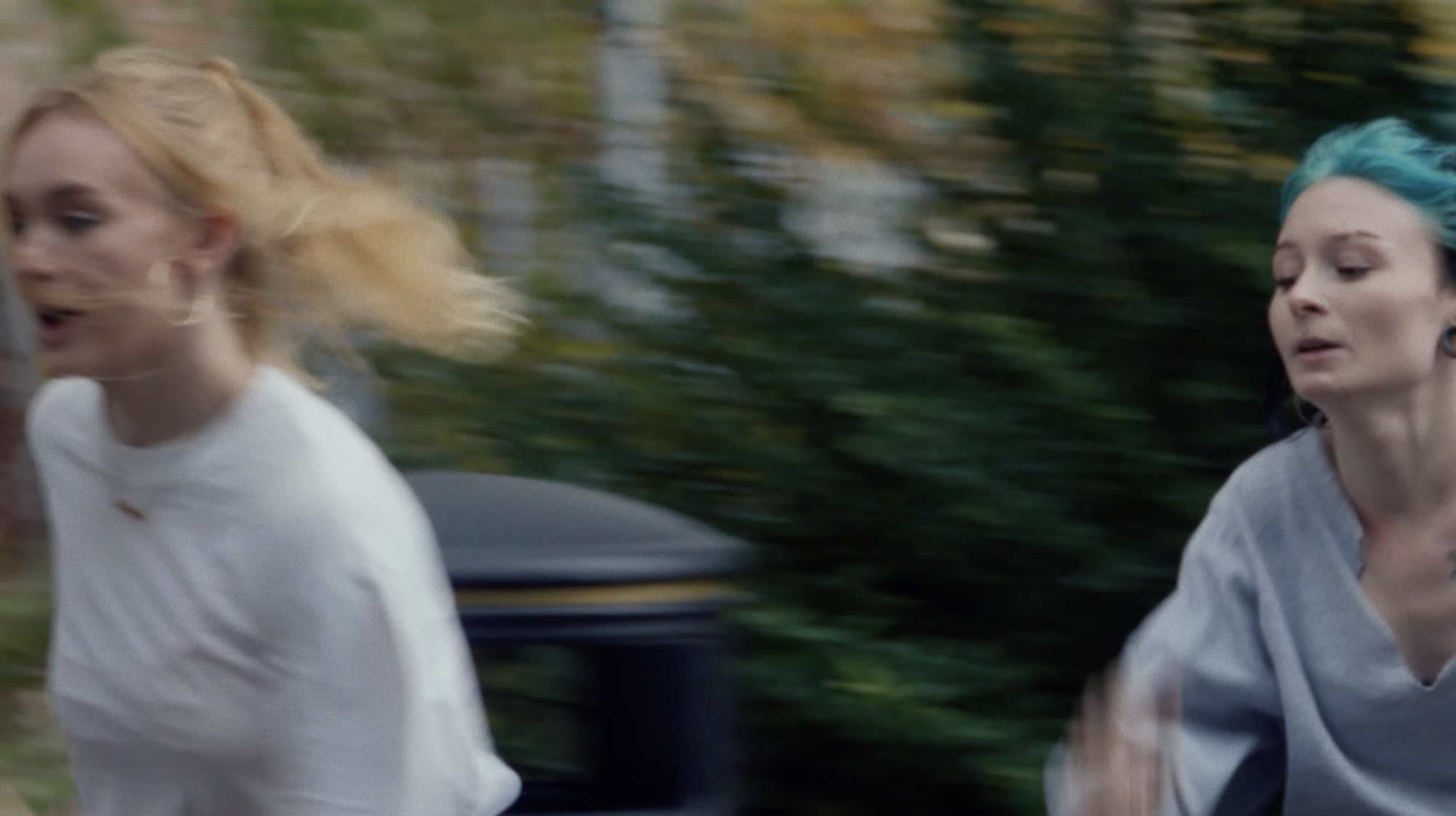 James Pike-Watson’s low-key crime drama Babygirl is a tense and frenetic look at the bonds of friendship in the aftermath of a disastrous event. Pike-Watson cleverly weaves his story through a series of scenarios with carefully curated dialogue and subtle mise-en-scene, keeping the audience on their toes as to what has transpired in the events that precede the beginning of the film. The essence of what makes a film like Babygirl work so elegantly is in the naturalism brought upon by its two leads, who as the director reveals below, were both street-cast into their respective roles. It’s truly an exciting and grounded film which DN was lucky enough to talk about with Pike-Watson who joins us in conversation as Babygirl continues its festival journey to discuss the challenges of getting non-actors camera ready in addition to revealing how the kernel of the idea for the film stemmed from a French music video.

What was it that drew you to this story of two young women on the run?

The producer of the film Kit Patrick and I had just watched a music video by a French duo called The Blaze. The video Queens told the story of two girls who had this intense friendship that sometimes spilled into conflict but at the end of the day they always remained close. This idea plus the want to explore a ‘runaway’ story is what initially inspired the idea for the film.

I read that you street-cast both of your main actors, what was the creative motivation behind that decision?

We felt that if viewers were to believe the friendship on screen was intense and real we had to approach the film from a naturalistic point of view to make it as realistic as possible and immerse the viewer in their world. So, we street-cast the two girls from the town of Andover, which is where we shot the film, and because they had never acted before it gave the film a very real quality. 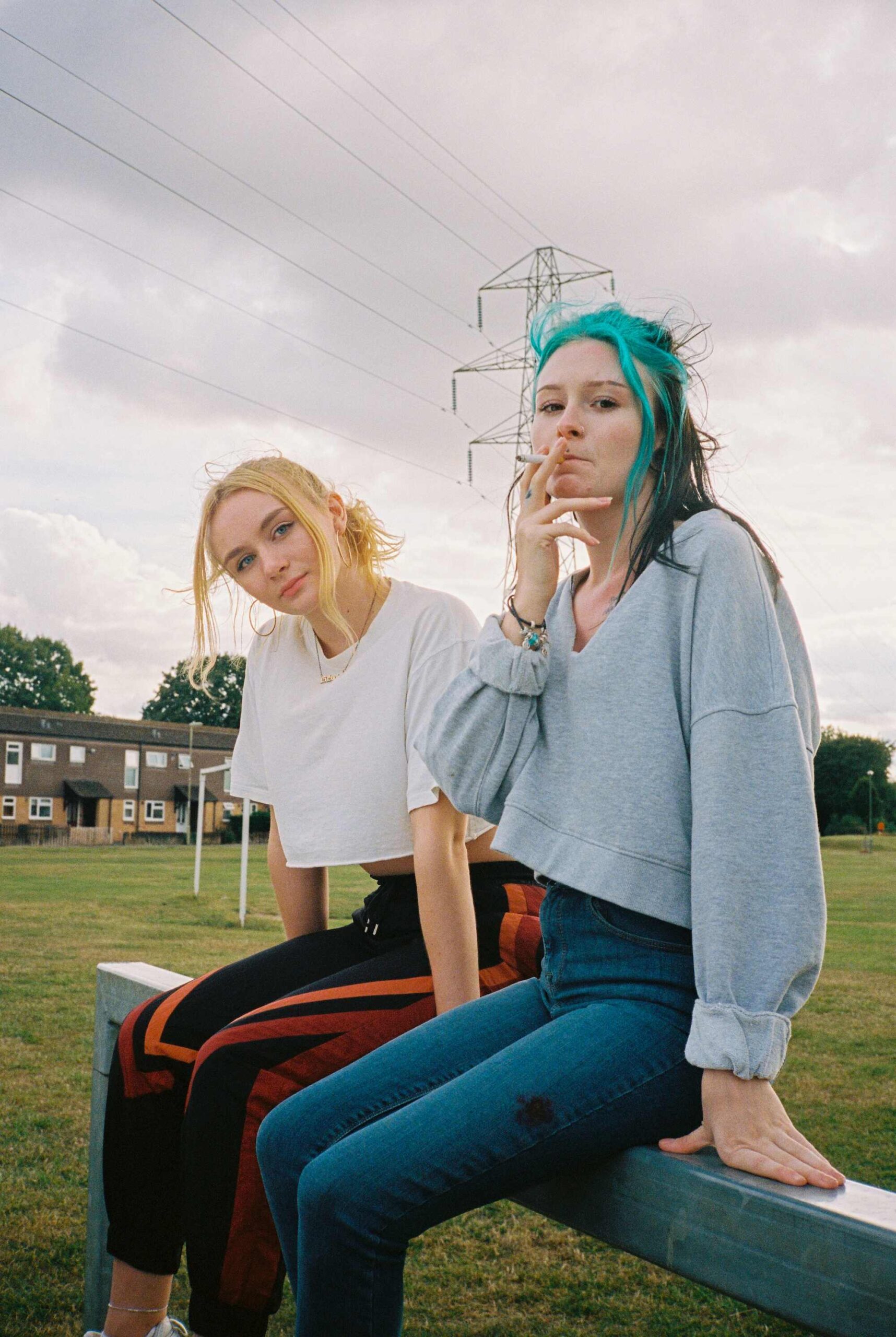 How did you work with them to get them comfortable in front of the camera?

I encouraged them to hang out as much as possible, although with Covid at the time this was hard, before filming in order to become close and find out more about each other which I think worked as they were always laughing and having fun on set. We also shot everything handheld to add to the naturalistic quality of the film, something that helped keep our budget low too.

The best thing you can do in short films is take risks. Even if you fail, the consequences are so small and you’ll learn something key going forward.

What equipment did you use that enabled you to shoot in such a mobile way?

We shot the film on the Alexa Mini as it was mobile and small, allowing us to quickly set up and shot and move on to the next scene without lugging around too much heavy equipment. It was perfect for the handheld nature of the film too. We went for the master prime lenses which we chose when testing because of the skin tones it allowed us and helping us shoot in natural and low light conditions. Big up to the DP Michael Hobdell and our Colourist Megan Lee for creating a great look for the film!

From start to finish, how long did it take you complete Babygirl?

We had the script ready at the end of 2019 ready to shoot but obviously, Covid happened… we weren’t sure when we’d be able to shoot but luckily the downtime allowed us to get everything prepped and ready as we had no other work going on. We managed to secure financing in the early part of 2020 through Kickstarter and we saw a window in late July to try and start shooting as everything was opening back up again. We shot over three days in Andover and all the crew stayed in a friend’s house locally. I can honestly say it was one of the most enjoyable shooting experiences because we were all together the whole time and I think everyone was just happy to be out and about and working after everything had shut down for so long.

What was it like Kickstarting the film in order to get the necessary funding?

The Kickstarter process was quite smooth. Kit, the producer, and I were extremely lucky that we had generous friends and family that contributed to it and got us to our goal relatively quickly and even exceeded the amount asked. We even had donations from people as far as Australia. It’s a great way to raise funds for short films as there aren’t that many grants out there and the ones that are available are very very competitive. So I’d recommend it to anyone and you’ll be surprised with how many people you know or even randoms who are willing to chip in to help you achieve your goal. 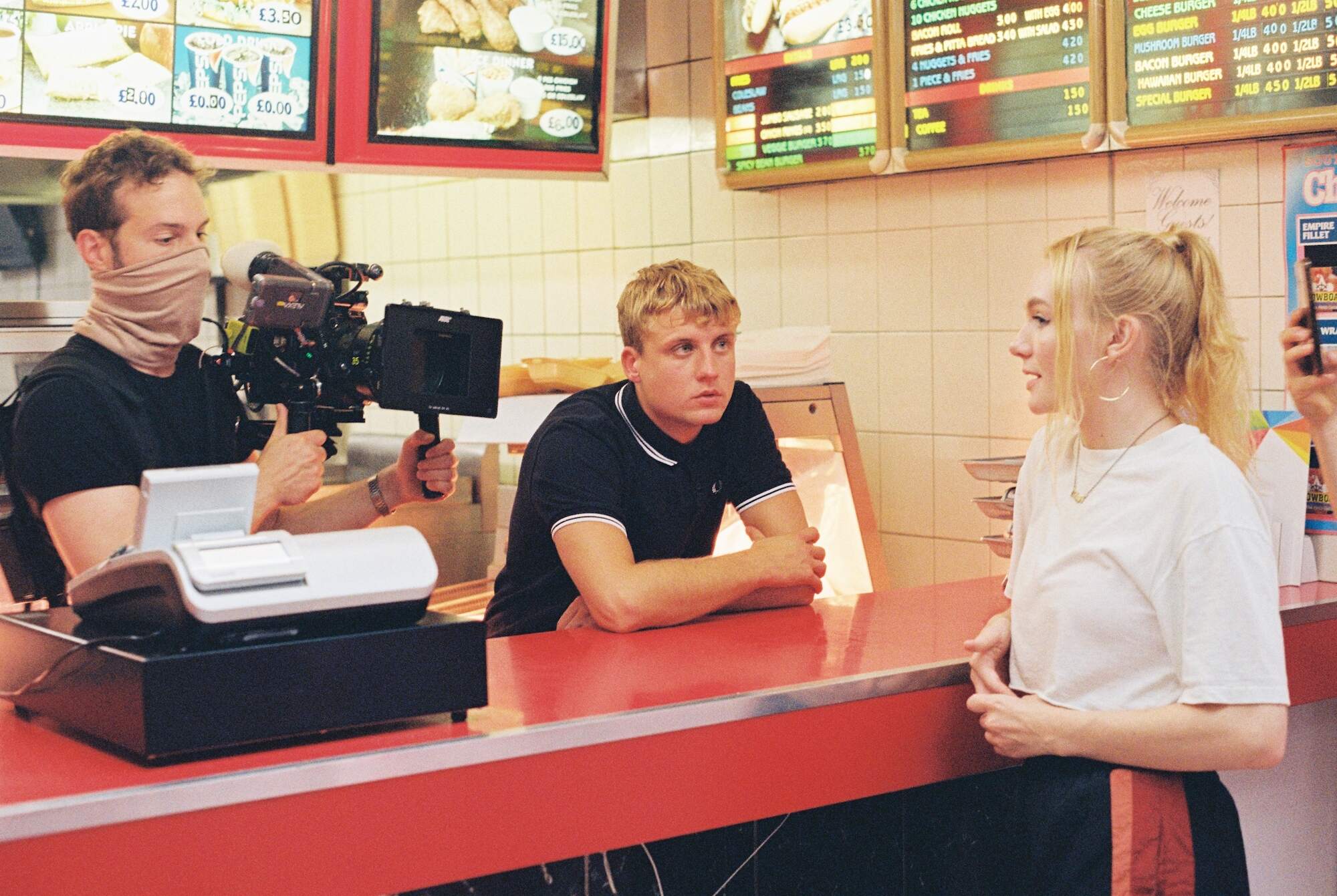 How did you find the process of street-casting itself? What challenges did it bring?

Street casting in Andover was a surprisingly smooth process. It’s a small town, therefore word of mouth about a potential role in a film seemed to spread quickly! We also had access to a few really helpful Facebook groups and the members of those groups really helped us in spreading the word. When it came to the casting day we had about 30 people turn up which is way more than we expected, especially for a short film!

If viewers were to believe the friendship on screen was intense and real we had to approach the film from a naturalistic point of view to make it as realistic as possible.

Street casting on the whole can be risky because the majority of the candidates had never acted. In hindsight, it seems quite nuts to have gone that route seeing as it was also my first short film directing but I think the best thing you can do in short films is take risks. Even if you fail, the consequences are so small and you’ll learn something key going forward.

How is the future shaping for you at the moment, work-wise?

I think a lot of people in the film/TV industry are finding that there is currently a lot of work available because of the amount of content being produced at the moment. I’ve been very busy in my paid work side of life creating content for various brands which is great especially after the months off in the pandemic. Kit and I literally just finished the first draft for our new short film that we’re writing together called Lizard so, we’re extremely excited about that and are hoping to film it either later this year or early 2022. I’m also looking to develop a short documentary about Iraqi Communists in the 1980s who tried to topple Saddam Hussein’s government with an Iraqi friend of mine. So, overall I’m excited about the potential of both projects!

Babygirl is one of the many great projects shared with the Directors Notes Programmers through our submissions process. If you’d like to join them submit your film.