Using a home-video-like aesthetic, lived-in production design and a natural mix of English and Chinese, Like Flying plunges us into the chaotic life of Ming, a young Chinese-American girl navigating both an absent father and an abusive mother. Living in a difficult situation, she is used to creating her own fantasy world — caught here in a technically impressive one-shot that blends both comedy and tragedy to excellent effect. Her world closes in on her as she becomes privy to family secrets, providing a painful portrait of lost innocence expertly rendered by both mother and child alike. Often feeling like an improvised piece, these confrontations were actually achieved by endless rehearsals and careful preparation by Colombia and AFI Conservatory graduate Peier Tracy Shen. We invited her to join us on DN to discuss the challenge of filming children, turning personal life into art, shooting on 16mm film and staying true to the Chinese-American experience.

In both tone and execution, this feels like a story very close to your heart…

I think the film is my personal exploration of self — little memories I had when I was growing up. I made a story trying to make sense of it all. From a technical point of view: I’d just graduated from film school and I was a little bit lost with how I should make films. I made a thesis film and I think there were things I can’t recognise myself in. So I got a couple of friends and just went with what I wanted to.

You have these motifs of escape throughout the film, both the motorcycle and the wings. But ultimately, they can’t provide a true escape from this difficult home situation. How did you think about the right symbols to anchor the film?

The film is a little bit weird to talk about because it has this perspective of an older version of the girl kind of looking over the younger version. A lot of it is me looking at what I am now and trying to figure out what happened and what made me who I am. Freedom for me as a grown-up is a very big idea. Looking back, I just want this girl to be free. I didn’t even get to think about it, although I do remember my biological father has a bike. The wings and the motorcycle just go together because I wanted the kid not to be aware of what’s really happening around her. 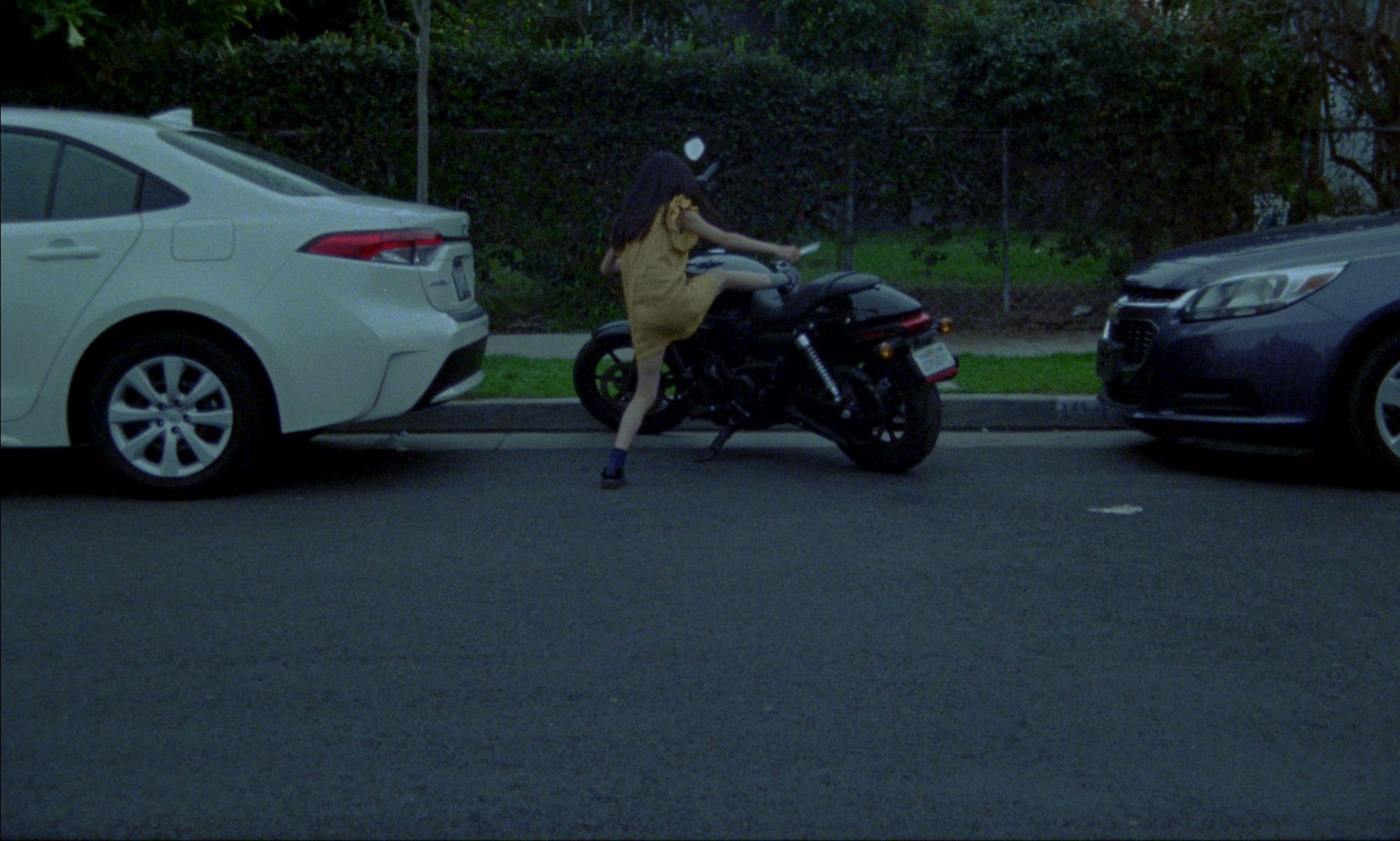 What was the challenge of directing such a young child, especially with that impressive long take with the monologue in front of the camera with both playacting and dancing?

It’s very difficult. Some people think it’s improv, which is the biggest compliment but that take was so heavily rehearsed over two months. And the script kind of changes according to how she takes the lines and how she could understand each beat. She’s very intuitive. I’m not sure she 100% understands everything she mimics, which is actually what the girl does as she just mimics adults. We even let the father actor actually act the same, then she could just mimic him. Then I did the dance and she would mimic me. So it’s kind of self-referential in that sense.

Some people think it’s improv, which is the biggest compliment.

I liked the detail of this small American flag in the house, which seems to comment on the reality of the American dream. Tell me about how the production design creates a lived-in sense of place?

My production designer also speaks Chinese and grew up in China. We talked about bringing home to a different place. You can’t have everything but I think you try to replicate your life back home although it’s not complete. Still, there’s just a sense of intimacy at home. She even brought some plates from home to the set.

I’d love to know more about the use of 16mm film, which really helps to nail the aesthetic of the short, giving it a sense of nostalgia.

I think that using film is definitely a challenge that I set for myself to grow as a filmmaker. It’s pretty different when you can hear the money going. I also wanted to try what the whole shooting on film experience feels like. I think the crew and cast are more motivated because they don’t get to have that many takes, so the level of concentration and prep is different. For me aesthetically, it’s exactly like what you said: it’s somebody remembering something, and I thought it would make sense because 16mm is not that crisp. I think that it helps to create a kind of blurry and more malleable kind of memory because it changes direction and kind of moves as the film does.

What I found really interesting is that although it is a domestic drama, it does break the fourth wall, with people looking directly into the camera — from the mother early on to the daughter in the standout scene. Why did you want to deploy those shots?

I think they’re very dear to me and I will probably use them later but it’s hard to actually understand my impulse. With these shots the perspective changes. I just find it kind of moving — for example, in the early shot, you don’t see the man, he’s pretty much an absence, yet he still has so much of an impact on these women. 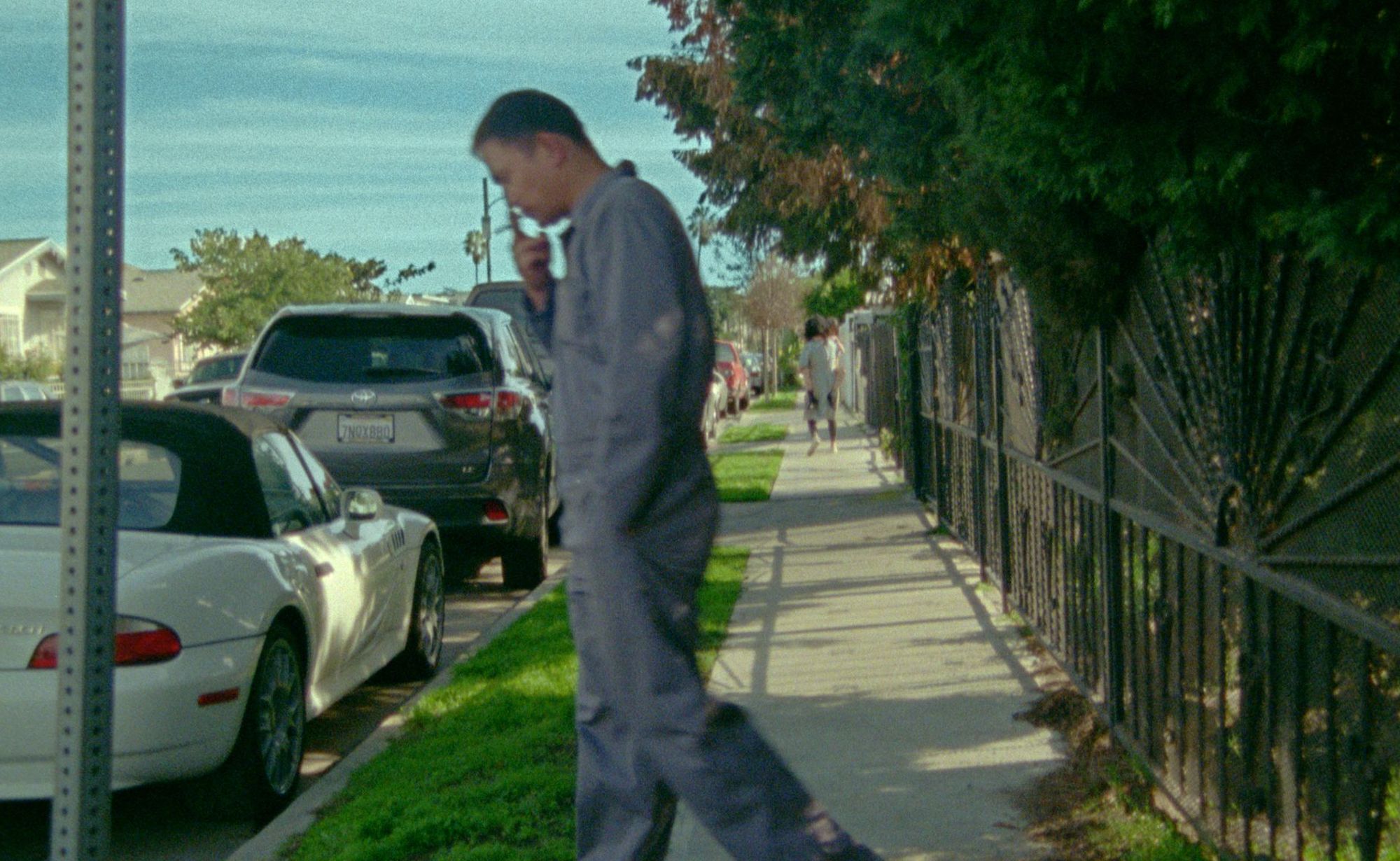 I appreciated how it was a story of both love and abuse and how the two can commingle. For example, at the end, there is this hug between mother and daughter which is both tender and quite intense…

It’s actually very violent. I feel like the mum is trying to make the girl payback for the affection. It’s difficult to tell in that moment if she wants them both to overcome that moment or she’s just using the daughter to get over it. I think that says a lot culturally about parental relationships in China. It’s just too close sometimes. They almost want the kids to live for them. Even though there’s so much love, it’s suffocating.

I think that using film is definitely a challenge that I set for myself to grow as a filmmaker.

I see that you’re developing a feature with the same name. Is this going to be an expansion of the same story?

It’s another kind of personal exploration with different parts of my memories. It’s about a young Chinese girl trying to confront her heartbreak at an English language camp in the US. I used a lot of my experiences from kind of ‘fake’ international school experiences. I wanted it to have the same name because it explores some of the same things, like freedom in the community. I feel like I grew up trying to be free of a lot of things. But now I feel like maybe a lot of my generation was doing the same thing, but we’re so alone because we’re focusing on our own escape. So now it’s a group of children, seeing how each of them is dealing with obstacles while growing up.