Dan Thorburn’s latest short film Salt Water Town continues a thematic thread that he explored in his previous short Trucker’s Atlas. Both that film and Salt Water Town are concerned with the oppressive nature of toxic masculinity and its uncomfortable presence within male relationships. Salt Water Town’s relationship is one between a father and son who are clashing on their view of their future together. The son wants to move on and escape the pair’s economically failing caravan park but the father believes in what he knows. It’s a tense ride and one captured beautifully by DoP Max Graham who blends taut handheld camerawork with still solemn imagery. DN spoke with Thorburn as Salt Water Town plays Leeds International FIlm Festival to discuss the core themes of masculinity and poverty that he wanted to contend with and the process of diving deep with his actors to fully understand their characters.

What was it about this concept of human story amidst a failing industry that drew you to tell it?

The initial idea was formed when my Co-Writer Jack Sherratt read this article online about a Welsh coastal town called Fairbourne. I believe that may have been the article as the dates match up. We were coming off the back of our first BFI funded short Trucker’s Atlas and were looking to keep momentum by getting something written and in front of Amy O’Hara who was our talent executive and was really keen for us to keep pushing forward with our next short.

We both agreed it was a very interesting and important topic and it merged well with an image I had of an old dilapidated caravan park. Both myself and Jack spent much of our childhood holidays in parks such as this and it was an aesthetic I couldn’t shake from my head. We put the two things together and continued to explore what we did with Trucker’s Atlas, the intensity of toxic masculinity along with rural poverty and generational difference.

Me and Jack then drove to north Wales, rented a caravan and sat there in Jan 2020 in the pissing rain and howling wind and wrote the script, we only left once to try and track down a pint of Guinness. But after that week we had the script which stayed pretty much as it was until the shoot was delayed from Sept 2020 to March 2021 because of Covid, and in those six months we re-wrote much of the dialogue and scrapped the old opening scene, replacing it with the much more dynamic one we now have. 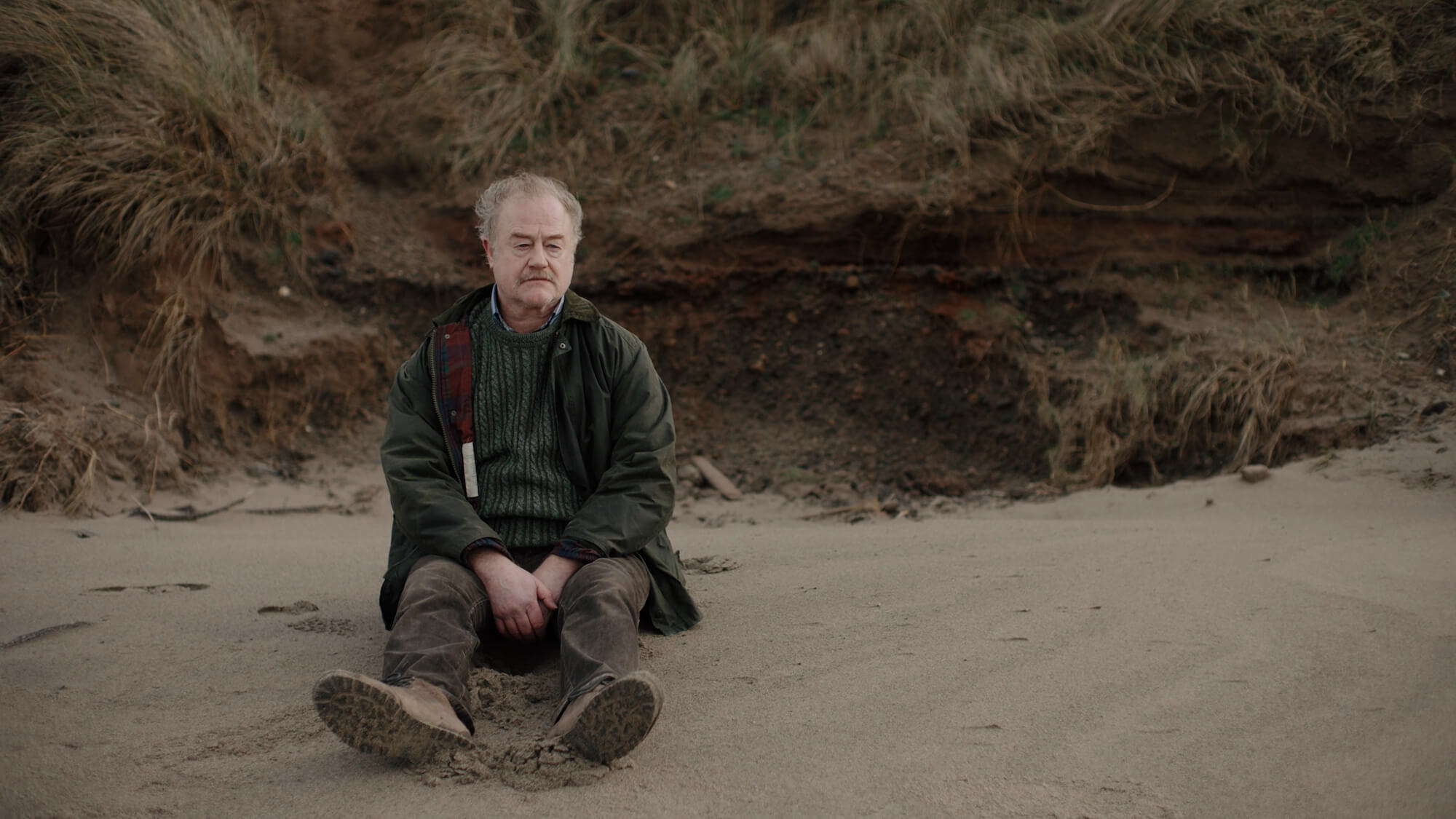 Was pre-production a fairly drawn out process all in all, then? How did you find the challenge of a bringing a film to life amidst the wider issues of the world?

Pre-production took from around March 2020 to March 2021 so we had a fair bit of time and because of Covid we had less work on, it meant that it made lots of what we needed to do much more difficult; sourcing costume, props, casting, etc. But it meant we were less busy. Production Designer Jennifer Muellenbach ended up creating a lot of the stuff herself from scratch as we couldn’t source costume and set dress. The Producer Sarah Palmer is fantastic and she grafted so hard over that year, eventually bringing in Harris Tomlinson-Spence and the guys at View Shift Productions to back her up. Basically the entire crew are the same as my last short and a few other projects we’ve done. We all met at university so we have a fantastic shorthand and it means that we are able to make something like Salt Water Town with such few people because everyone mucks in and gets the job done.

We wanted to present two differing views of an intense masculine character that were separated generationally.

Tom Glynn-Carney and Owen Teale are the emotional core of the film. What was it like working with them to flesh out their characters and dig deep into their fractious relationship?

Working with such amazing talent was a pleasure, we had a fantastic casting director who helped us bag Tom and Owen and those guys were a dream to work with. We went into real depth of who their characters are, why they are where they are and worked on backstory that goes as far to explain where Owen’s character got his jacket from, they were really invested in the project from day one.

How did you look to present the themes of toxic masculinity honestly within the world of Salt Water Town?

Coming off the back of Trucker’s Atlas where we looked intensely at societal pre-conceived ideas of masculinity – what men should be and how to break that mould – we felt like we had a good grasp of what and how we wanted to explore this in this film. We wanted to present two differing views of an intense masculine character that were separated generationally. We have Liam, who is young, rash and willing to drive though his own views and plans at whatever cost to ‘save the day’ which looks into the way that pre-concived ideas of what men should be and how they should act can lead into hero complexes. Opposing that, Owen’s views that you have to finish what you started which come from a very traditional male view that you need to stay stoic through difficult times, not ask for help or admit you need it and push on regardless. Both are negative views which men feel they must live up to and adhere to and hopefully by showing how these two combatting thought processes can lead to such catastrophe we may help to change that.

There are a number of practically demanding shots in the film, how did you tackle the cinematography on the whole?

We shot on Arri Alexa mini over four days, spending five nights in north Wales. Blending handheld for Tom’s more youthful angry scenes and Owen’s more solitary desperation on sticks. We also had some great fun with the car rig and the chase vehicle and a tough day shooting all that and the horse scene. Max Graham the DoP has great vision and really understands what I am trying to say and how to get that across visually. He is also a fantastic camera op which allows us the freedom to do the intense fast paced handheld scenes. The night scenes and fire sequence was a really stressful final evening of the shoot but all came together when editor, colourist, VFX and general wizard Dom Old showed me it after his first pass. It’s bonkers what he’s been able to do.

How challenging was the final sequence to execute from a production stance?

The final scene was always going to be super challenging. Not only from a production stance but for me as a director too. Production had to deal with crazy high winds which were whipping the smoke around and making it a real struggle. We were shooting through the night after a challenging day and we were praying that the rain would hold off. The most important aspects were getting the lighting right to not only give us the feel of multiple burning caravans but also to account for the light that would be created from the fire once VFX had been added. The camera and lighting team look hours setting up for the scene and their meticulous work paid off.

We went into real depth of who their characters are, why they are where they are and worked on backstory that goes as far to explain where Owen’s character got his jacket from.

The struggle for myself in the scene was working with Owen and Tom to keep the intense levels of emotion throughout whilst having the crew do huge resets around us after each take. It was a very emotionally taxing scene for myself and the cast but it was handled so well by them, especially when working with the limited practical effects.

We’re speaking at an early stage in Salt Water Town’s journey, how has the festival experience been so far and what can we expect to see from next?

The film has so far played at Bolton International Film Festival where it was nominated for best northern film. It will play Norwich Film Festival, Raindance and Leeds International Film Festival. We are still waiting to hear back from loads more festivals so may even have another one by the time this is released. We are hoping that the festival journey continues for quite some time and are really excited to travel around with the film after spending so long locked up! We will be launching the film online in 2022 I would imagine.

Myself and Jack Sherratt have received BFI early feature development funding to continue to explore the ideas in Salt Water Town and are currently developing a feature that builds on some of the elements explored in the short but also looks into some really interesting different aspects.