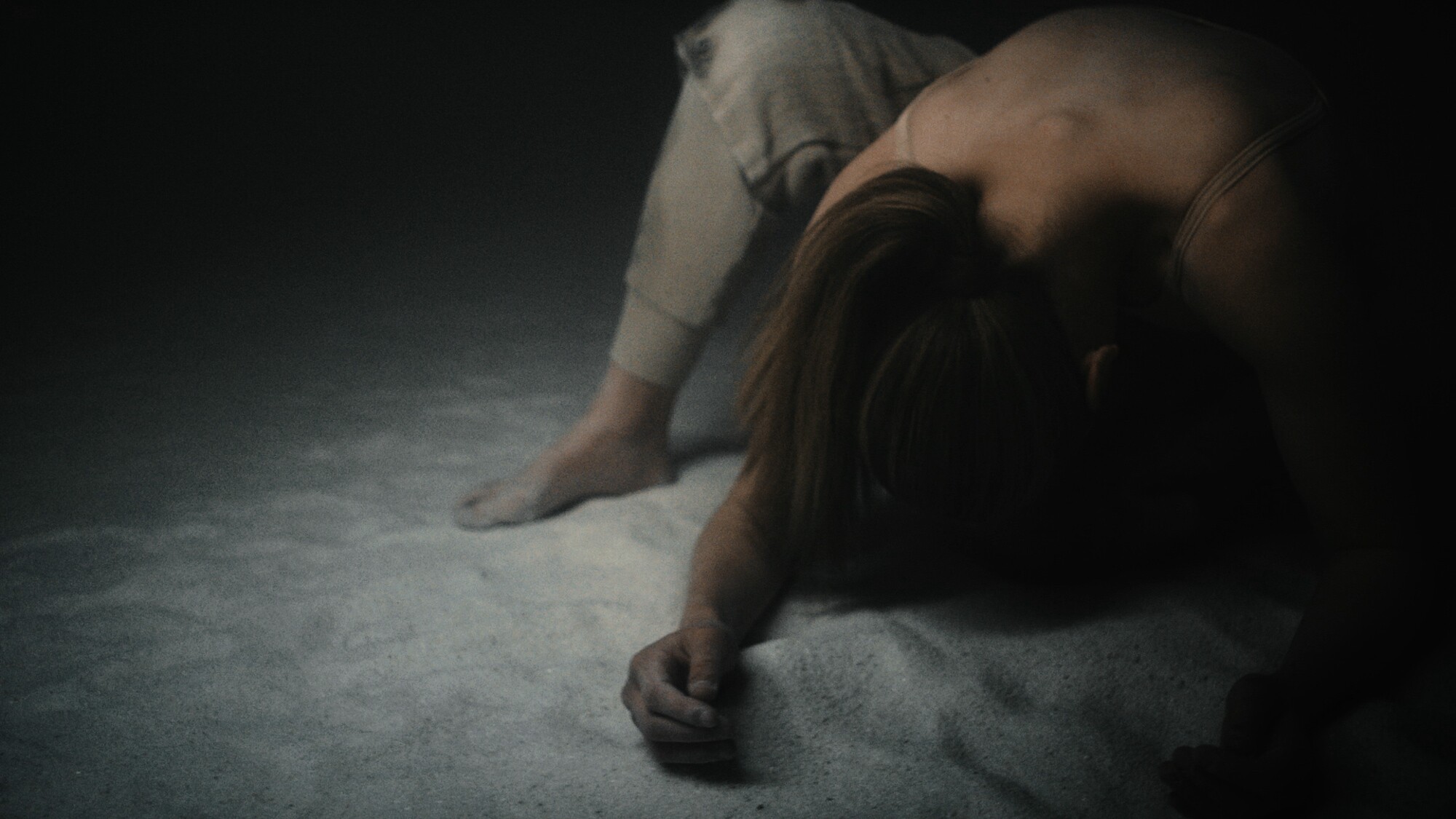 The innovative work being conducted by Jacob Jonas and his dance company continues to impress us here at DN. At this point we’ve featured a number of their short films, speaking with Jonas and a plethora of his directors about the evolving and boundary pushing work of the Films.Dance initiative which seeks to initiate non-traditional collaborations centring on progressive movement-based performance. Pin Drop is no different. It’s a music video for Sia’s Christmas song of the same name which features minimalistic, ethereal cinematography that creates a never-ending space in which Jonas’ dancers tell their story. The perfect accompaniment to the iconic singer’s anthemic style. DN caught up with Jonas once again to learn more about how he and his team developed the film’s concept with Sia in addition to the practicalities of constructing the film’s elegant and graceful cinematic components.

What did your initial discussions with Sia comprise of in regards to what you were both looking to achieve with the video?

Sia contacted us to make a music video to her Christmas song Pin Drop and wanted it to include dance. After listening, I was blown away by the world she created sonically and with her writing. It evokes a singularity of isolation and loneliness, but also an element of togetherness. The goal was to choreograph a one-shot using dance and lighting to communicate a story, and also to construct a set that felt like a natural environment, but was endless and lost.

The goal was to choreograph a one-shot using dance and lighting to communicate a story.

You really get that sense of endlessness within the space and lighting. How did you prepare to shoot that way?

The preproduction included some time doing cultural research referencing imagery of spaces, lighting, and feeling. I was able to cast dancers of my company which really expedited the process as they were all so familiar with my work. Once cast, we started developing rigorous choreography using that as a base for everything to exist around. Once the score was choreographed, we found a relationship and pathway for the camera to exist with the movement, forming a duet with the dance and camera. As we got closer to the shoot, we worked on production design ideas and materials; sand, fog, haze, etc, and how they could best sustain a longer take and work with the movement.

And when it came to being on set, how did you technically bring that together?

From start to finish, we had about a month. We shot at Thunder Studios, a sound stage in Long Beach, CA. We used the Sony Venice on a 21mm. Once on set, we spent a day to pre-light and rehearse. I approached the lighting similar to how I do with theater work: using a singular space and adding many lighting cues. Cinematographer Jessica Young and I thought about how the lighting could create vastness but also transport us through the duration of the song and create an arc. I also brought in Will Adashek who typically collaborates with me as a lighting designer for my live shows, but in this capacity was our Lighting Board Op to help bring to life this transformation.

One of the practical benefits of utilising the one-shot is the usually the speedy post-production, did you find that to be the case on Pin Drop?

In post, it was very accelerated. As this was a one-shot, there were multiple takes throughout the day that were incredible. I worked closely with Editor Alexander Hammer to find ways to seamlessly cut some parts of takes with others to find the best result. Then through colour, we wanted to stay as true to what was shot in camera, but also enhance the boldness and feeling of the work. 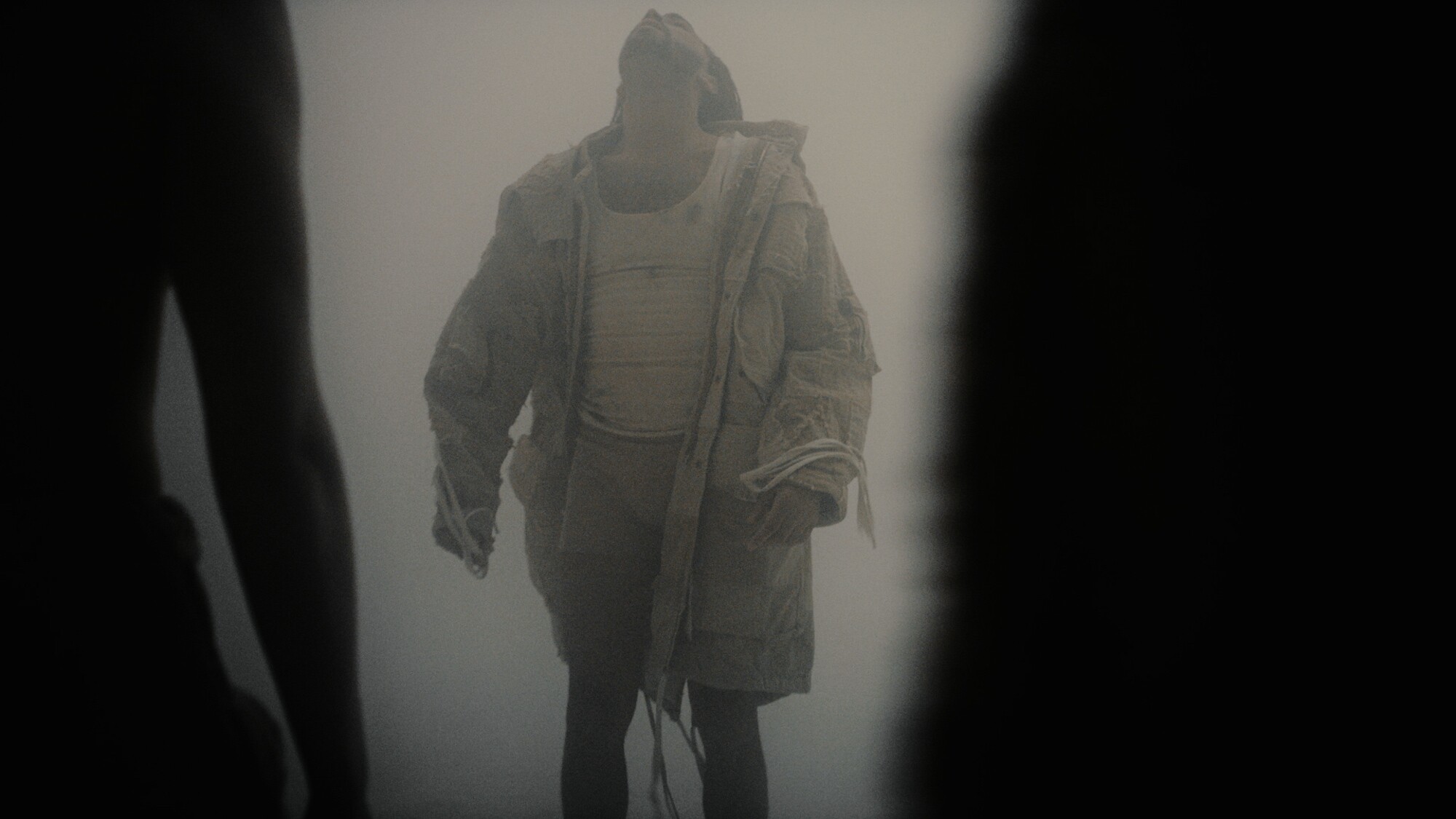 Are there any challenges to developing choreography with sand? Or was that something your performers adapted to naturally?

The choreography was created prior to the knowledge of the surface of the floor. When we rehearsed for the first time on the sand, we had to change a few things, but overall the dancers adapted to the surface.

Cinematographer Jessica Young and I thought about how the lighting can create vastness but also transport us through the duration of the song and create an arc.

What inspired the muted costuming for your performers?

We have been working closely with Stylist Christian Stroble and Designer Greg Lauren. For all my work, I like to use clothing that is natural. Materials that are unique and bold, but colors that are muted. We established a color palette and wanted to find a balance of baggy clothing mixed with clothing that was tight to the body. Also, studying Sia’s past collaborations knowing the main subject tended to wear a leotard, we wanted to celebrate that but with an updated twist. We love Greg’s work because of his sustainable practices that are friendly to our ecosystem.

You mentioned that you did multiple takes, did you end up changing any elements of the cinematography or choreography across those takes?

The choreography of the dancers and camera was set and rehearsed prior to the shoot day. We didn’t change any of the elements between each take.

And lastly, what can expect from Jacob Jonas The Company next?

Our company works in a lot of different capacities. We are a production company that produces and creates work for the stage and camera. We are currently producing 40 short films around the world as part of an initiative called Films.Dance. Additionally, we are commissioning and developing live works to be performed in non-traditional venues across Los Angeles. As a studio, we are constantly working with brands, artists, and agencies to develop new work.