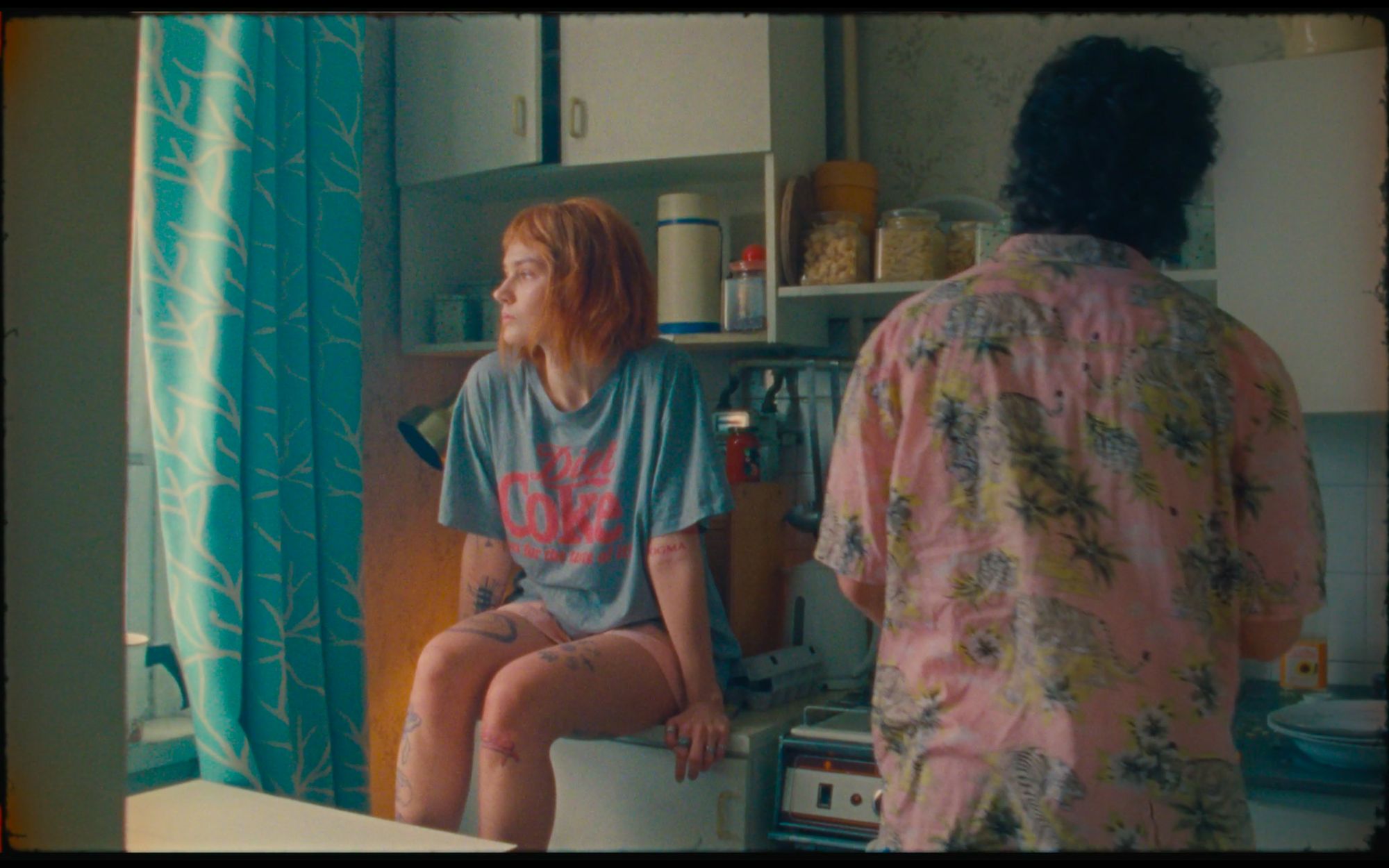 How many times have we been told not to change who we are to please someone else? Relationships should be a place to feel safe and secure and most importantly somewhere where we can be ourselves. But what if a seed of self-doubt is sewn when the mundanity of our lives creeps up on us and routine rears its ugly head? What if we are then led to believe that changing something about ourselves would bring back the intoxicating spark that ignited our romantic passion in the first place? Latvian based Director Reinis Spaile’s contemplative short Young Love In a Dirty Place provides us with an intimate insight into the pitfalls of self-doubt and self-compromise in the name of love. He joins us today for a chat about his 16mm examination of a woman’s perspective of a couple’s first relationship crisis which makes use of the ugly aesthetics of post-soviet environments to convey the nature of the dirty dumpster called routine.

Where did the actual seed of the idea come from?

I reflected on the conflicts I have had in my relationships. I noticed I get easily irritated by simple everyday things. Paradoxically it happens with people who are the closest to me – it’s terrible! Especially when I vocalise these irritations, it’s pure terror for the other person inflicting self-doubt and insecurities. So I wanted to play out a storyline where the main character tries to adapt, looking to become the best possible version of herself who would be good enough. After going through the whole spectrum of personas, she returns back to her own self-sufficiency.

We liked that the surroundings symbolize a threatening future where these young people could end up.

Young love and the dirty background of post-soviet architecture were always our two main elements. We liked that the surroundings symbolize a threatening future where these young people could end up. Routine feels ugly, and that is a threat every relationship needs to deal with. We wanted to explore post-soviet settings. We have a lot of this architecture in Riga, but it’s often being ignored. We wanted to contrast these dirty places with young love that seemingly doesn’t see it. It’s like when you are a student, and you don’t often register the trash around you. So we picked a moment in their relationship when they have to face a crisis for the first time. They realize that they could become a part of this desperate environment and grow into this dirty dumpster called routine. When I cast Nikola Abola I saw from her Instagram that she likes to change her hair using wigs. It was an instant game-changer and we added her physical transformations as a desperate attempt to save her relationship.

How did you go about the scouting of your post-soviet settings?

A lot went into the location scouting. We wanted to find authentic post-soviet locations without much contemporary impact and then add the colorful touch to our young couple. We found that most of the available apartments have been renovated, and the authentic ones are scarce. Eventually, we found a student who lived in an absolute soviet classic and was happy to collaborate. For the exterior scenes, we were looking for plain backdrops where the youngsters could be the colorful highlight. There was a lot of work for styling to find and develop all of the female protagonist’s identities.

The writing is almost poetry like, how did you form the script?

I often like to start from within the main character. Listen to his or her thoughts, be in their head and try to grasp their inner conflict and then build the world around that. I started with her reflection on the situation, wrote her monologue first, and then designed scenes around it.

Was the dialogue recorded before or after filming and how did you overlay the two?

The text came first, but I wanted to have a certain visual freedom. I summarized chapters in key meanings, so the intentions were clear but action could happen in locations. After that, with our Producer Helvijs Finkis, we had an extensive location scout where we collected outstanding post soviet exteriors – places that are dysfunctional, broken, with little life in them. Finally, I planned the blocking with these locations in mind.

The juxtaposition of the bright couple and the grey works beautifully, you talked about the importance of styling, can you go into more detail on this aspect of the production?

We wanted to exaggerate the alternate personas our main character was creating. Together with our Stylist Julia Volkensteina we designed a wide range of looks so her identity during the film would become almost fluid. We had strong archetypes as a starting point: calm, fun, teasing, sexy, strict. Next to this, we had the wigs from Nicola which she uses in her day to day life. Finally, we had to find the “real her”. We called it the “basic” look which was a t-shirt and short, natural hair.

The choice of shooting on film most definitely brings an extra element to the piece, what do you particularly enjoy about using this medium?

Most of the film was shot on 16mm analog alongside some inserts of 35mm and 8mm footage. I mainly prefer to shoot on film and for this project, analog film helped us bring out the authenticity of environments and establish the contrast between colorful youth and grim settings. We used an Arriflex 416 camera, supported by local company BBrental. Analog really is my favourite medium and the process feels absolutely magical – the passage of time can be captured on a rolling film strip – it’s mind-blowing if you think about it and I like to live with this magic. I think capturing life on film helps to bring importance to seemingly simple everyday actions – it’s like putting a magnifying glass over life. Besides that, film looks more natural; the colors and light have an eye-pleasing contrast.

It of course has its disadvantages and the film makes the process a bit slower. It takes more time to prepare as you have a limited number of takes. It also takes time to process and scan the film. I first saw the material one month after shooting however, I love when there are limits and resistance because it brings more concentration to the process.

In my everyday life, I work as a commercial director. I see commercials as storytelling tools. It’s a public medium with the highest reach, so it should communicate meaningful stories that challenge norms and change perceptions. In terms of my personal projects, I’m developing two short films that I’m looking forward to producing during 2022 – an exciting year ahead.