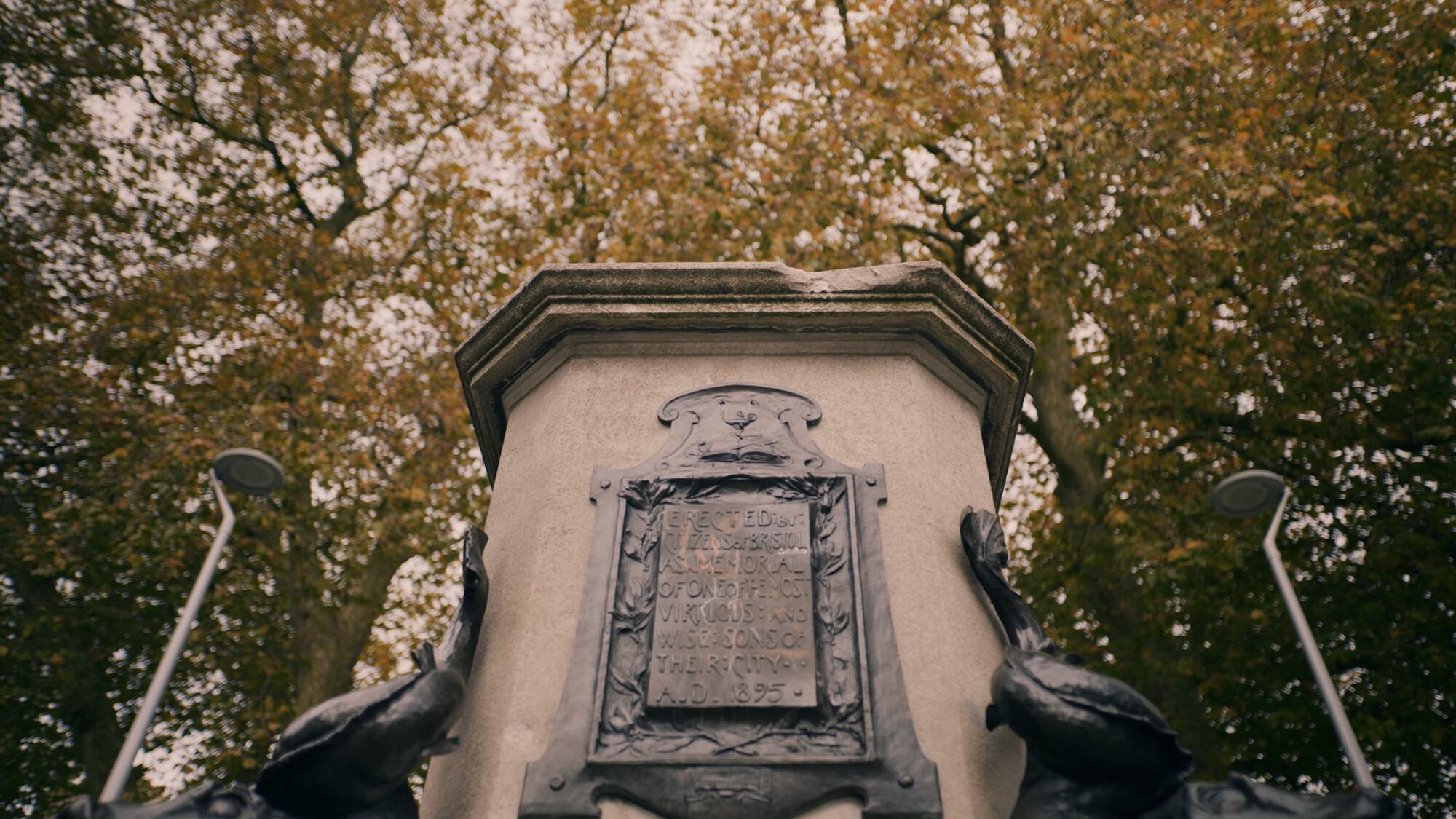 Out of a crowd of thousands, four people were put on trial for the toppling of the state of Slave Trader Edward Colston in the centre of Bristol during a Black Lives Matter march in 2020. The repercussions of these actions sparked a polarising debate surrounding the place of racial equality and the celebration of problematic historical figures in contemporary society. In his short documentary The Colston Four Bristolian Filmmaker Arthur Cauty chronicles the journey of these four individuals from the aftermath of the march to the verdict of their trial which drew to a close only a few weeks ago. It’s an insightful document that places the trial itself amongst the wider context of the BLM movement, engaging with the wider issues symbolised through this historical moment. DN spoke with Cauty about his own journey making the film, his personal reasons for cataloguing this moment in history, and the practicalities of working with the four to realise it faithfully.

Where did your journey with The Colston Four and their story begin?

My journey with The Colston Four started back in June 2020 at a Black Lives Matter march in Bristol, England. This was towards the end of the first Covid lockdown in the UK. At that point I had no idea if I’d even feel comfortable going to the march, let alone how significant this day would be for the city.

The ensuing court case and the political pressures surrounding the case are all really interesting, and sadly another example of just how ingrained racism still is in modern society.

After some internal back and forth, I had decided that the importance of the protest superseded any potential Covid risk, so I masked up and headed out with my camera. To find myself surrounded by ten thousand people after three months of near complete solitude was a surreal experience. The scenes I witnessed that day created the foundation for The Colston Four, as well as the foundation for a 19 month-long legal battle for the four people in question.

For those who maybe aren’t as familiar with Bristol’s history with the transatlantic slave trade, could you briefly explain the significance of Edward Colston and his statue?

For those who aren’t familiar with the city’s history, Bristol played a major part in the transatlantic slave trade. Memorials to slavery and slave traders are littered throughout the city. Arguably the most iconic one of all was the statue of slave trader Edward Colston. Colston is estimated to be responsible for the deaths of 30,000 people who died in slave raids, and in the holds of slave ships. Yet despite this, many people and institutions still revere Colston due to the fact that he donated large sums of money to the city. There has been tireless campaigning, petitioning and protesting against the statue for decades, but to no avail.

You previously released another short film chronicling the initial protests, what was it that made you want to dive back into these individuals and their story for a follow-up?

I’d released The Felling of Colston back in June 2020, which followed the events of the day – from the nine minute silence for George Floyd to the Colston statue being pulled down, rolled to the waterfront and poetically dumped into the very port used to transport millions of slaves in the 1700s. A year and a half later, with four people singled out for prosecution from a crowd of ten thousand, I felt that The Felling of Colston was only half the story and revisiting it seemed essential.

Could you walk us through the practicalities of bringing the film together; how did you get in touch with the four? How did you obtain the police interview? What equipment did you use to capture everything?

I worked with a small group of activists who had assembled a support team for the four. They helped get me access to the defendants and legal team, and certain assets such as the recording of Rhian’s police interview. I shot the interviews through December as the trial was coming to a head at Bristol Crown Court. I used my own equipment – namely a Panasonic S1H with an assortment of Canon & Sigma Art lenses, and an Atomos Shinobi monitor. I have an abundance of Røde microphones I won in the My Røde Reel 2020 short film competition, so I had sound covered with my NTG-5, NTG-3, Wireless Lavalier Go, and VideoMic-NTG.

Having filmed the protest back in 2020, I had a huge bank of footage to draw on, in addition to a library of archive material I’d curated. I felt it important to get the film out there as soon as the trial had ended, so it was a case of having everything ready to go, and just waiting for the verdict to come in so that it could be slotted into the film.

I’m curious to know whether there was any driving incentive for you personally in making the film?

My reason for making the film was simply that I wanted to do something to support the four people on trial. It’s such a ridiculous idea to me that anyone should be prosecuted for the removal of an offensive statue, but it’s even more ridiculous that the statue was still standing in 2020, that it had been protected by certain organisations, and that the people of Bristol had to literally take matters into their own hands to get things done. The ensuing court case and the political pressures surrounding the case are all really interesting, and sadly another example of just how ingrained racism still is in modern society.

The documentary really efficiently puts the trial within the wider context of the social issues that surround it, how challenging was it to decide what to put in the film and what to leave on the metaphorical cutting room floor so that the film would remain swift yet informative?

I like to think I’ve developed a ruthless eye when it comes to editing, but one thing that made this project challenging was the confidentiality surrounding the case. I was editing the film as the trial was taking place, and due to a strict embargo, I wasn’t able to share the film or get feedback outside of the very small circle of people involved in the production. So it was almost entirely on me to decide what to include.

Some of what I cut however was beyond my control. There was an interview with one of the other defendants, which was in the initial cut, but for personal reasons he ended up not being comfortable with speaking publicly about his involvement in the case, which is understandable having read some of the comments online. So I took him out and then had to re-work certain sections of the film. Everything else went fairly smoothly and it was a case of me leaving the film sit for a day or two, rewatching it and trimming off anything that I didn’t deem 100% necessary to the story. It took work but I’m really happy with the final result.

How have you found the reception to the film so far?

It’s certainly triggering some conversation. The statue coming down has been a pretty polarising event for Bristol. The reaction to the film has been similarly contentious! On one hand, there’s been a huge amount of support, but on the other hand, there are people who vehemently oppose the statue coming down, and consequently oppose the film. One persisting argument is that removing a statue is rewriting history, which is nonsense. It’s not about altering history, it’s about choosing who we honour and celebrate in our public spaces, which is something I tried to put across in the film. I see the controversy as a positive thing. I’m happy it’s got people talking and continuing the conversation.

What other filmmaking work do you have coming up?

I was recently commissioned to produce a collection of Astro tourism films, so I’m spending a lot of time out under the stars, or under the clouds, as is usually the case in the UK, shooting time-lapse and missing out on sleep. I’ve got a couple of other documentary shorts I’m planning, plus an upcoming artist residency in Joshua Tree, California where I’ll be working on my astrophotography in more favourable conditions!