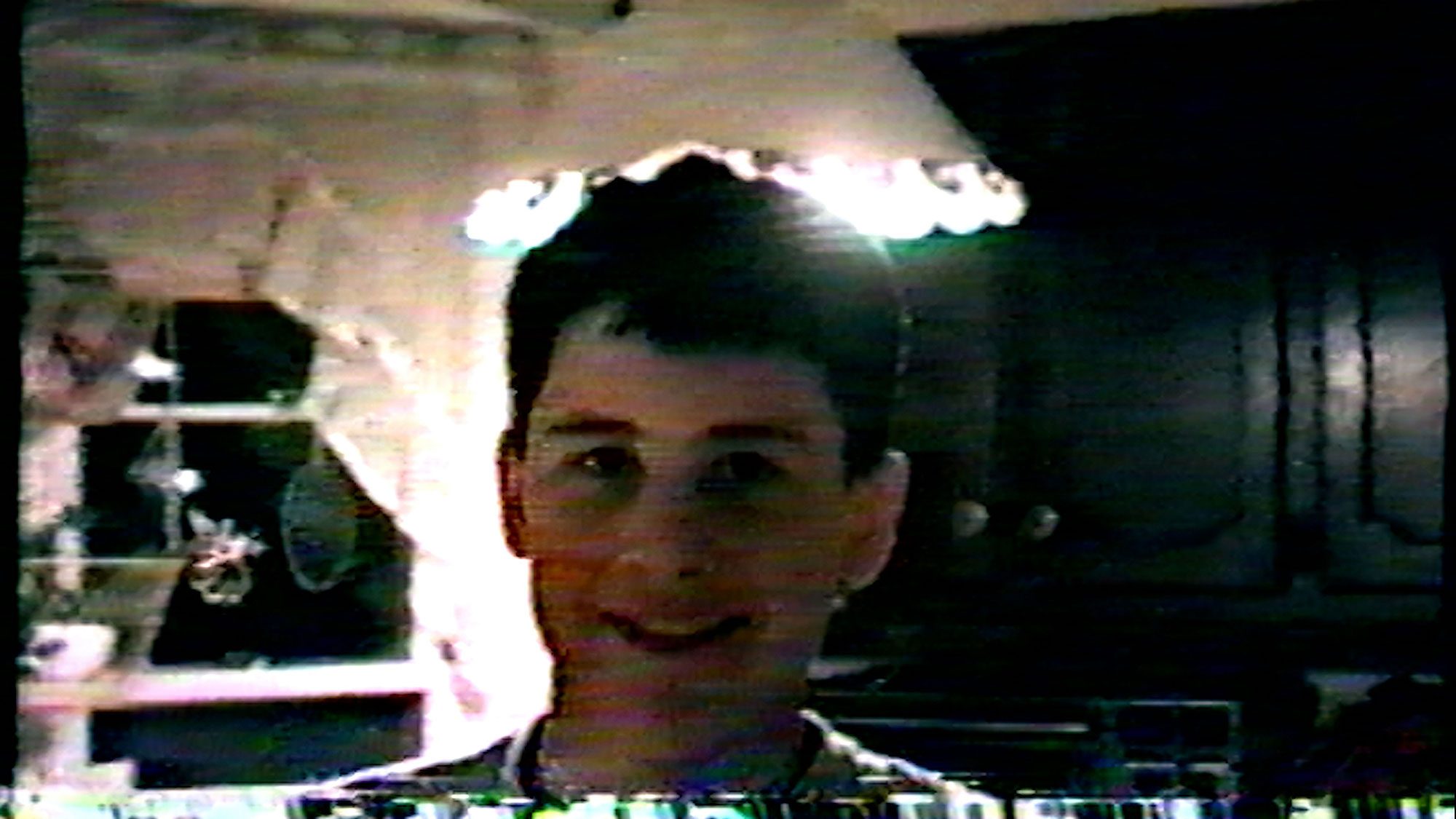 Filmmaker Chad Sogas’ autobiographical documentary Rat Tail is an examination of the director’s journey to self-discovery. What starts as a whimsical examination of an awkward, outdated hairstyle quickly turns into a self-reflective exploration of depression. Across its 14 minute length, Sogas takes a swift and excitable approach to exploring arrival material that documents his journey through some of the most challenging years of his life. In doing so, Sogas’ impressive editing chops appear on full display as he seamlessly blends reenactment footage with retrieved clips captured in his youth. It’s a brilliant, moving and eye-opening film and a great example of organic documentary filmmaking and exploring oneself through art. DN spoke with Sogas about the unique evolution the film took from its beginning as a quick-fire creative reset to the actualised multi-year deep dive into necessary healing.

What led you to want to create an autobiographical documentary about your hair?

Rat Tail started as a distraction from a short screenplay I was struggling to write. I needed a creative reset. I was inspired by some short films I saw online that were autobiographical. It occurred to me that the rat tail I had growing up for ten years that my parents still keep in the storage room of their basement could make for an interesting film. It would be a quirky, relatable story about identity. Most importantly, it felt like something I could execute quickly. With some family interviews, childhood photos and rat tail wigs, I would be done in no time and back to the short screenplay with fresh eyes.

What were your next steps after conceiving the idea and how did this morph from a speedy, quirky film into something much deeper?

I interviewed my family and jumped into the edit. I work as an editor so I am used to cutting interviews and quick turn-arounds. My initial pace making the film was exactly what I had hoped. I cut the opening section of the film (This is me, Chad…) in a day and a half; however, once I started to get into the interview footage, I hit a wall. There were certain soundbites that delved deeper than the superficial story about a silly hairstyle. They were touching on themes; idyllic standards of perfection, depression, hiding my true self, all of which I was exploring through the therapy I had recently started. The fast, quirky film was resisting, compelling me to dig deeper and examine aspects of myself I was not prepared to reveal. I was suddenly making no progress on the film and found myself an emotional, manic-wreck, mostly weeping at my computer as I attempted to edit. 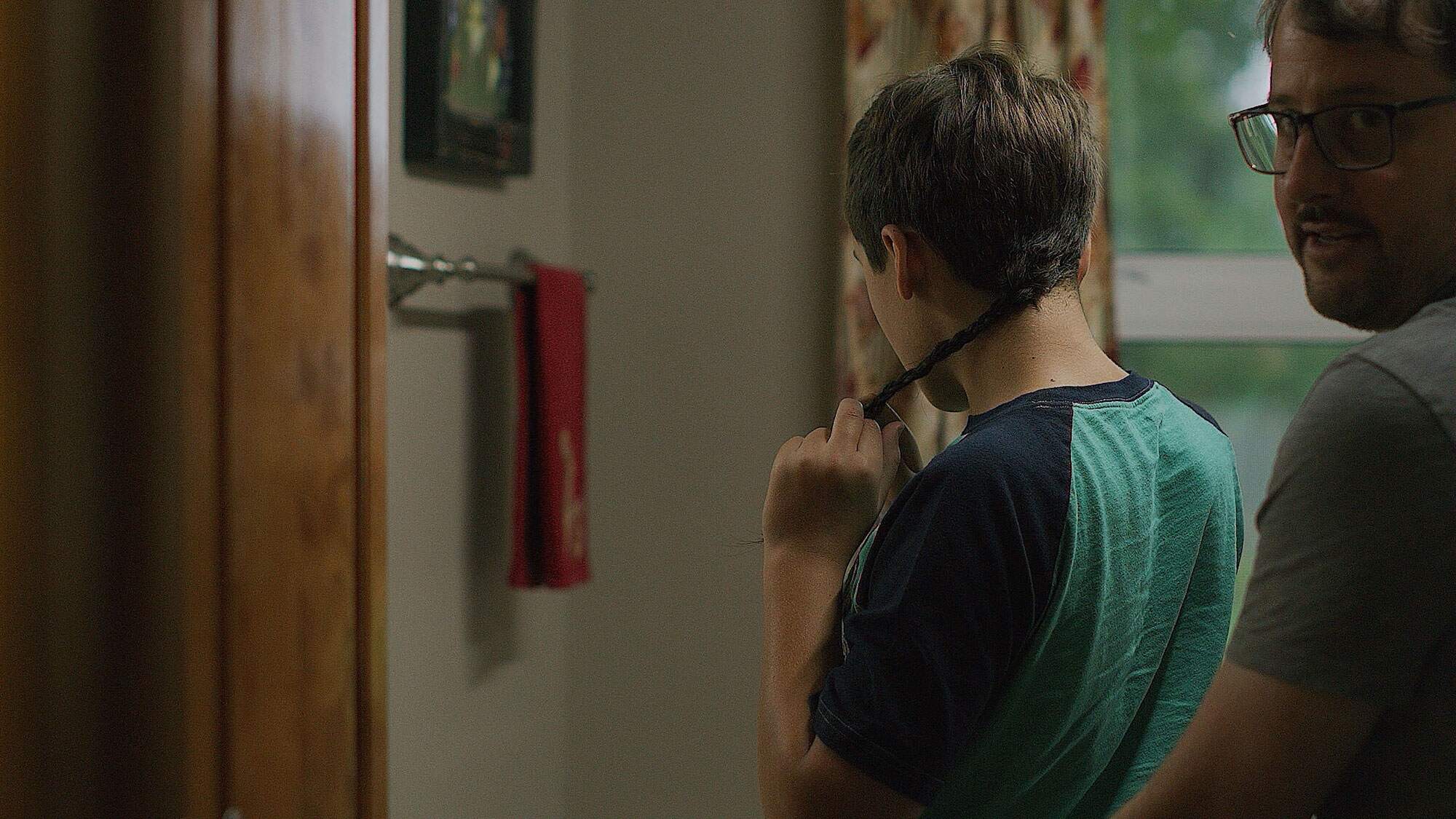 How did you look to expand on those unexpected themes that arose out of the initial interviews?

I decided to conduct a second set of interviews, exploring the new themes that were revealing themselves. These interviews were more personal. The questions were more indicative of the questions I had been asking myself through therapy. More about who I was as a person as opposed to the wacky hairstyle antics of my youth. It was in these interviews where the film started to take on its real shape. Where I revealed parts of myself involving my depression that I had rarely said out loud, confessing to my parents that I had come close to attempting suicide on multiple occasions.

The fast, quirky film was resisting, compelling me to dig deeper and examine aspects of myself I was not prepared to reveal.

With the new interviews completed, I attempted to continue the edit but with minimal results. The film was getting further away from the rat tail storyline and developing into a film about my mental health, which was unraveling more the longer the film took to complete. To make some progress, I shot the reenactment scenes for the film, only to have the footage compromised by the camera. I was devastated. The failure of the shoot brought out the worst in me, and I came severely close to committing suicide. Feeling that the film was ruined, I scrapped the project. It was obvious that I needed to prioritize my energy toward finding help and dealing with my suicidal ideation.

What was the turning point that took you back into making Rat Tail again?

After taking months to finally get honest about my mental health and find the help I needed – starting medications, daily mantras and meditation – I was able to revisit Rat Tail again. I spent the next six months editing and editing and editing, making new connections within the footage and interviews, and digging deeper into the themes of the story. The new, honest outlook I had taken with my life was now informing the film. I started to see that the more truthful I was, the more universal the film became. What I hoped would take six weeks to make, ended up taking a year and a half, but I am so thankful for that time. The film is so much better for it, as am I.

What do you think you learnt through giving yourself more time to both make and refine the film?

The biggest lesson I have taken from this project is to let the story guide me. It was something I thought I understood before but this film really taught me to let go. To not impose too strongly what I think it is supposed to be. Once I removed the arbitrary deadlines I was imposing and allowed myself the time to really digest the footage, that is when the film really came to life and found its shape.

I started to see that the more truthful I was, the more universal the film became.

Rat Tail features so much archival material but I bet there was also a lot left of the proverbial cutting room floor. How did you find the process how confronting all that material?

I had a mountain of archival material at my disposal. Luckily, my parents got rid of very little from my childhood. There are giant tubs of photos, schoolwork, news articles, little league trophies, etc. and I made sure to thoroughly explore it all. Putting in that work allowed me to find some gems that played a huge role in the film. The archival video was harder to find. My family didn’t have a video camera when I was growing up, so I bugged anyone I could think of from my past who did and was fortunate to find enough shots of myself in friends’ videos. 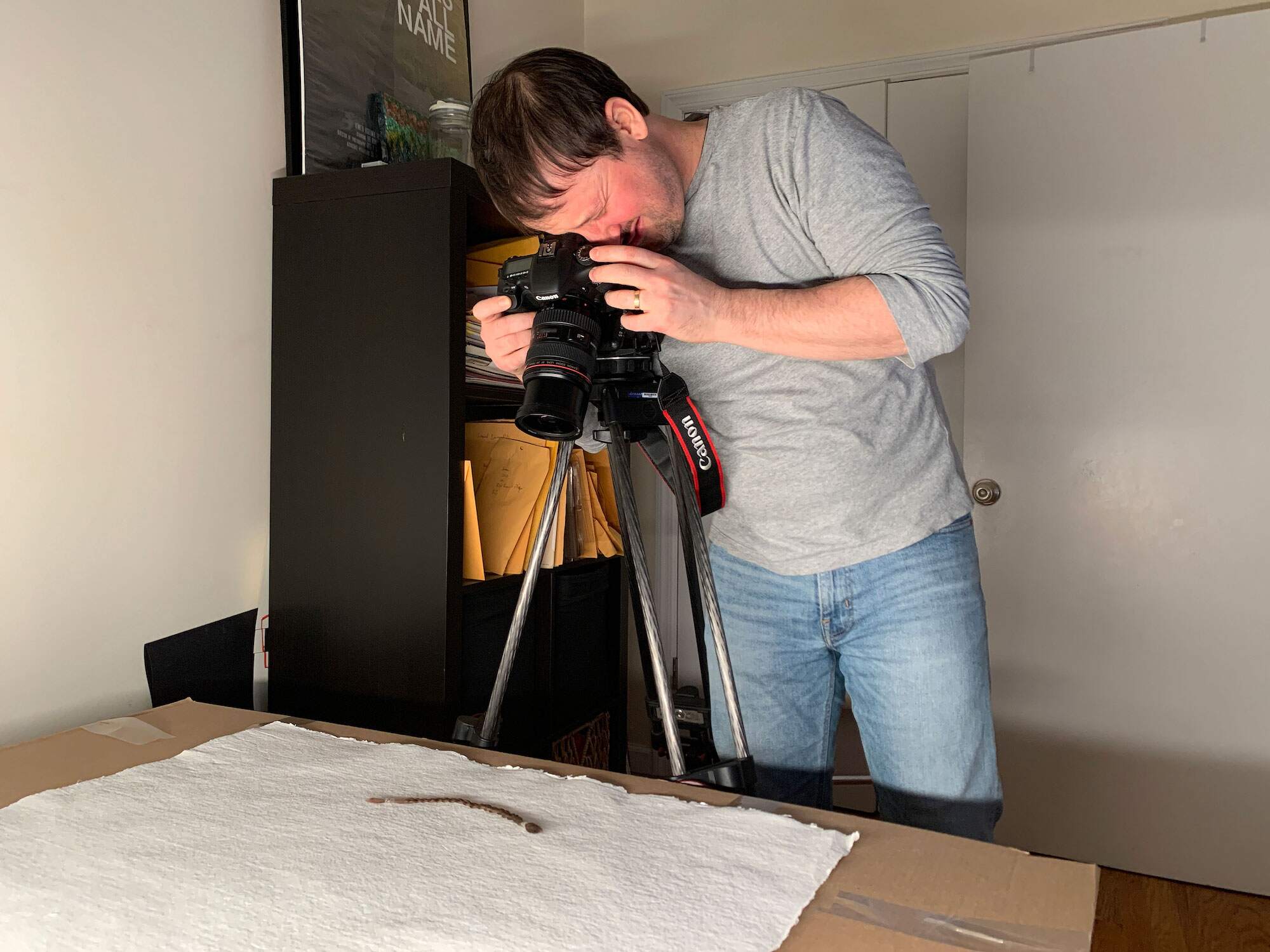 What kit did you use for the reenactment scenes and how did you achieve a look that blends itself in with the arrival footage?

The reenactment scenes were shot on a Red with a small crew, utilizing locations from my past like the university I attended and my parents’ house. My favorite part was the rat tail wigs which were created by the extremely talented Tab Treml. It was so important that they looked real, and I think she did an incredible job.

How did you come to decide on which scenes or shots you wanted to create reenactments for?

Choosing what to shoot for the reenactment scenes was hard. I hadn’t finished a radio edit of the film at the time of the shoot, so I wasn’t completely sure what I needed. There were some obvious gaps that I needed to fill, like shots of braiding and the cutting off of the rat tail. There was archival material I knew I needed. Some of which was purely based on how weird or embarrassing it might be to have it included in the film.

The biggest lesson I have taken from this project is to let the story guide me.

I also shot some unnecessary scenes. There was a sequence with a mullet wig, which is the hairstyle I had leading up to the rat tail. The mullet wig looked amazing. It was unfortunate to lose that sequence, but ultimately the scene wasn’t necessary to the story.

Lastly, has making Rat Tail led you down the path to making another documentary or narrative short?

I have a few projects I’m currently developing. One is a narrative short and there are a couple documentary projects I hope to shoot this year.