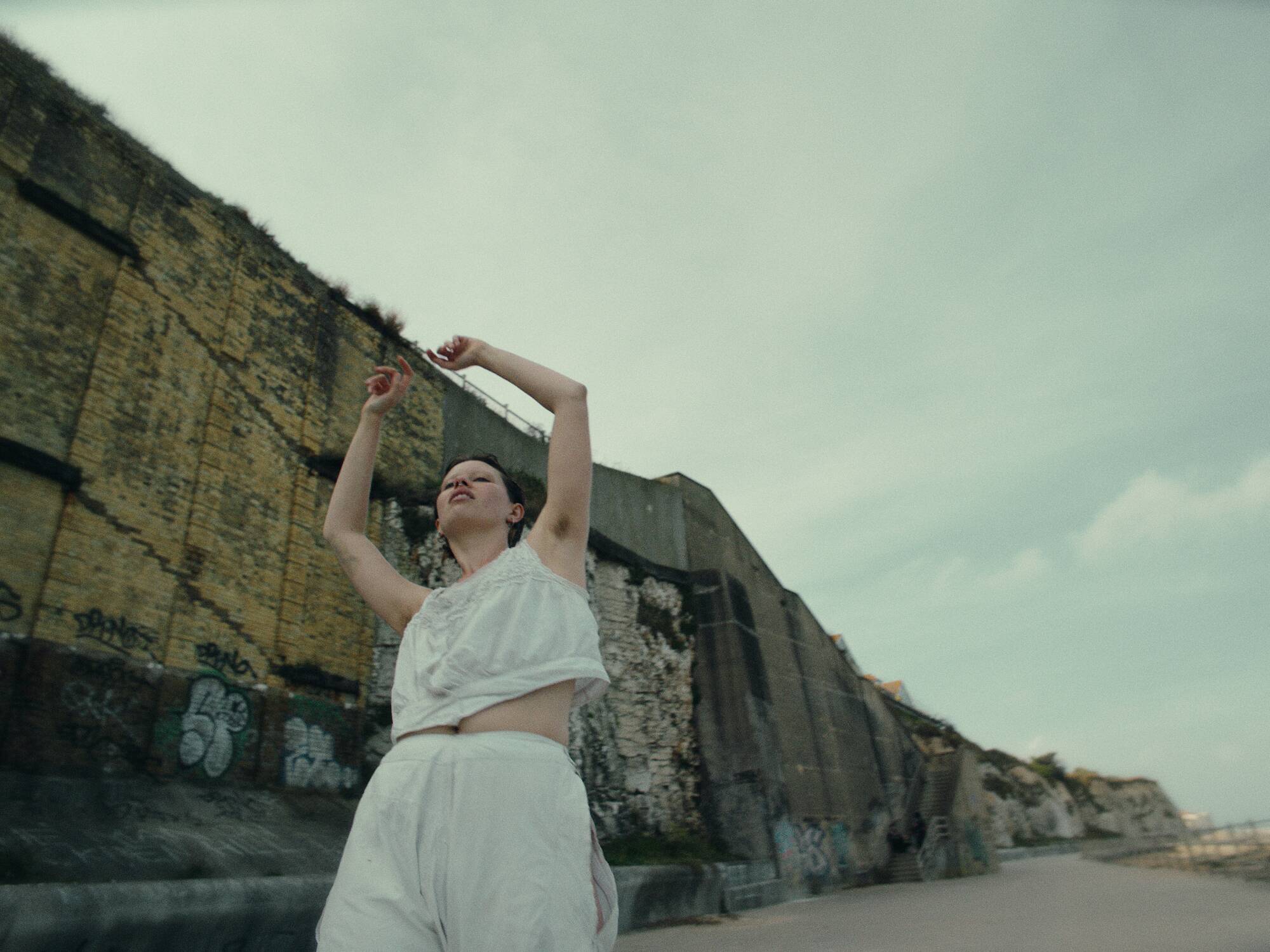 Director Federico Urdaneta’s latest music video is for Pigeon, a burgeoning and impressively eclectic band from Margate, whose experimental and Kraut-driven style is as visceral as it is ambient. The track in question is entitled It’s You, an emotionally charged song from their debut EP Yagana about the burning nature of desire. Urdaneta channels the empowered force of the song through the imagery of an unusual figure, fluid yet determined in motion, who sets out from the sea to feast on all those they encounter. The video was shot entirely on location across Margate and perfectly encapsulates the band’s unhinged sensibility. DN spoke with Urdaneta about collaborating with Pigeon on the video, how the driving sonic composition of It’s You inspired its narrative, and the important process of casting Danni Spooner to play the ethereal central figure of The Stranger.

What inspired the video conceptually and this idea of a character emerging from the sea?

The idea of a stranger coming from the water had been bouncing around my head for ages, and this music video, and Pigeon’s song, felt like the perfect moment to make it a reality. After a couple of trips down to Margate, we spitballed the concept with the band and even realised that a lot of the key cast and crew positions could be filled locally. Margate is brimming with talent and thanks to the band’s connections to the local scene we ended up with a fantastic, organic team.

The relentless, driving nature of the song, almost like a dark Krautrock jam, helped inspire the idea of a non-stop walk around town.

Given the breadth of where the character walks it must’ve been a fairly intense shoot day. How did you tackle shooting in multiple locations?

The actual shoot day was pretty intense, with a small crew running around different locations, trying to get all our shots from dawn till dusk. It was an ambitious shot list, one that needed delicate permissions around town, like trashing an off licence and building a fire on the beach, but in the end everyone in Margate was so accommodating and just so darn nice that things couldn’t have worked out better. 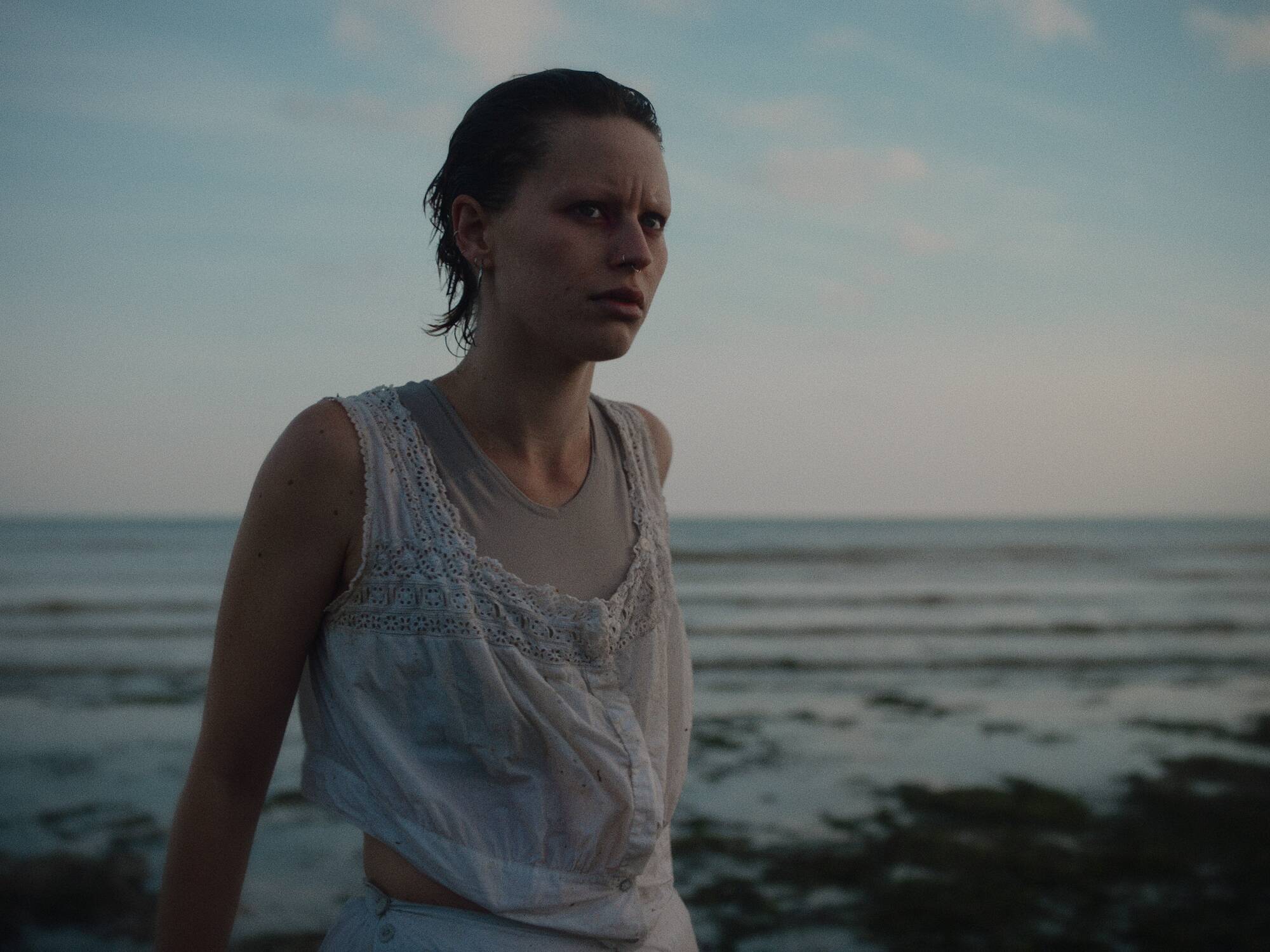 How was the collaboration process with Pigeon? Did they have any influence over the video or any elements of it?

The band was very open to my initial idea, something influenced in equal parts by Leos Carax and The Terminator, and gave me carte blanche to go with it. Tom Dream, fellow director and member of Pigeon, walked us around town on our recce and helped us find the spots where the action would take place.

How much of the action was planned in pre-production versus adapting to your locations when shooting?

The broad strokes of all the actions were planned in advance. However, the actual movement was improvised during the day in collaboration with Ted Rogers and Danni Spooner.

How did the song itself affect the content of the video?

The relentless, driving nature of the song, almost like a dark Krautrock jam, helped inspire the idea of a non-stop walk around town. The Stranger, our mysterious protagonist, doesn’t stop until they get what they need. The song spoke to me of a primal hunger, a lust, and I made that into the main premise of the film.

What were you looking for when casting the character of The Stranger?

The Stranger needed to be someone with an otherworldly presence: an alien that walks amongst us. We needed more than just a look, we needed a commanding presence. Thanks to Ted Rogers, our amazing movement director, we found Danni and from the second we spoke it was obvious they were the perfect fit for the role.

What conversations did you have with Danni about the character of The Stranger?

I sent over a wide range of references, from Denis Lavant to the Eva’s of Evangelion to Danni to get them into the mindset of the character of The Stranger. They were very receptive to the idea of this wild, mysterious alien character coming out of the ocean hungry for everything in town.

We needed more than just a look, we needed a commanding presence.

You mentioned that you captured everything in a single day, how did you prepare to make the most of your time?

Thanks to a stellar crew we were able to get everything we needed in one long day. Our Producer Nathan Craig worked tirelessly and everyone, including our EPs, was very much hands on deck throughout the day. We planned our day with care making sure each location was, more or less, walking distance from one another. We also shot everything in sequence to make the progression of The Stranger easier to follow. 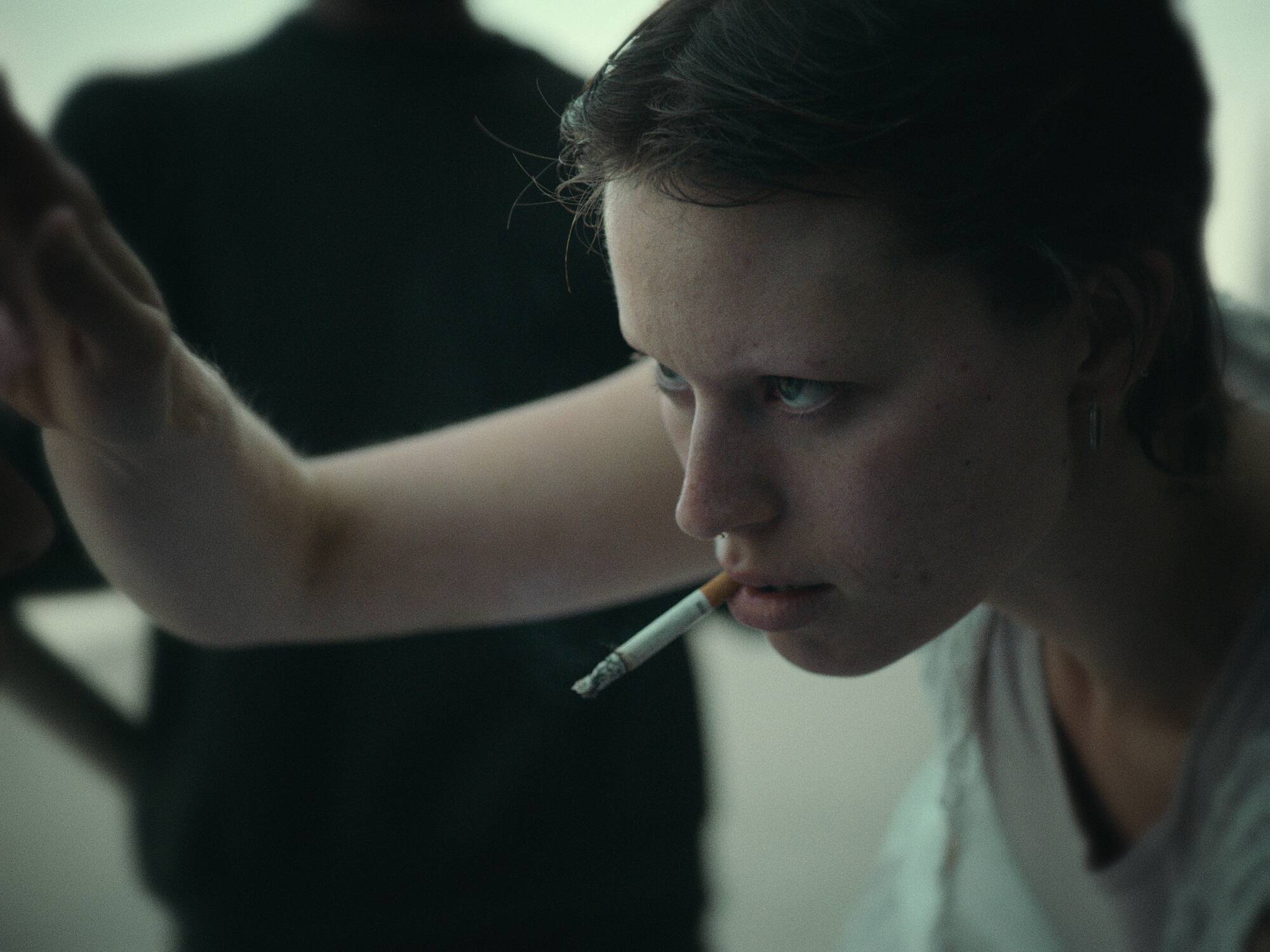 How was it directing Pigeon and getting them conformable in front of the camera?

Pigeon are pros! Not only are they a good looking bunch of dudes, they know very well how to strike a cool yet inscrutable pose.

What have you learned through making this video and working with Pigeon that you’ll take forward in your work?

Working with local, passionate crew is the best. Not only do you get people that know the area, but you give something, however minor, back to the community.

Will you be making any more music videos soon or will we see you venture into narrative-focused work next?

I’m writing two features and about to shoot a short film! Also thinking about a new documentary project. In case you’re curious, the first one Green Bank Pastoral can be found here.