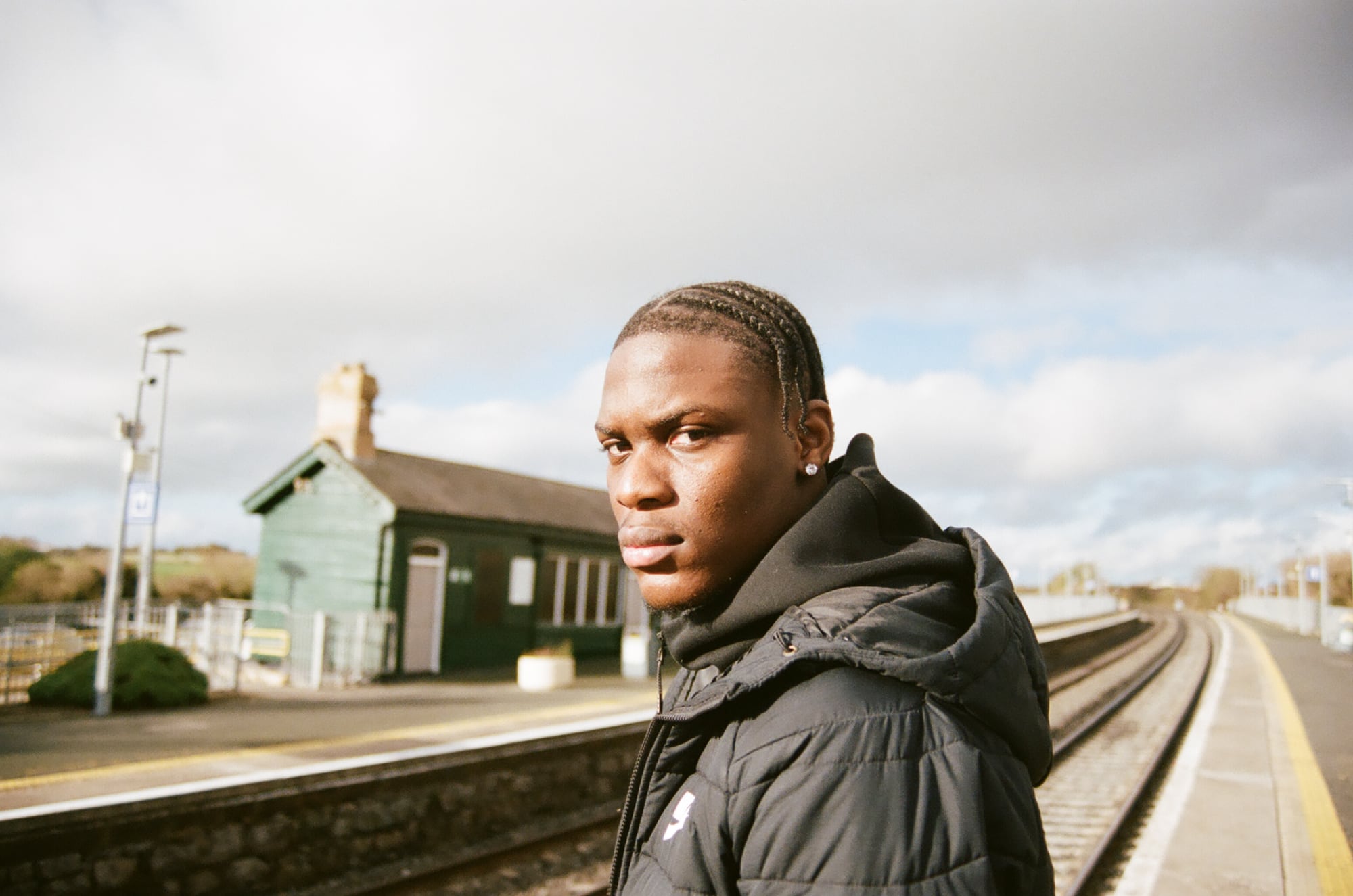 Whilst it is not always necessarily true that you have to be an expert in a certain field in order to make a documentary about it, a passion for your subject matter certainly helps. Director Theo Williams, who has been working in and amongst the UK rap industry for the past 5 years, proves this with his newly released YouTube Original documentary Terms & Conditions: Deeper than Drill. His third documentary focusing on the UK rap industry, the film examines the previously underground and controversial genre of drill which is now a dominant force in the UK rap scene. Drill has found itself burdened with connections to gang crime and violence and has regularly been scapegoated in national headlines as being the cause of a lot of problems in inner city and deprived parts of the country. However, as Williams and his insightful documentary demonstrate, it has become a way for young people to creatively express their frustrations and tell the world about their experiences. With a voiceover provided by British talent Riz Ahmed, Terms & Conditions: Deeper than Drill closely examines the spread of the genre from London to all over the UK and aims to build a rhetoric of understanding and exploration as to why the genre has gained so much popularity. Following Wednesday’s YouTube release on the GRM Daily channel we spoke to Williams about making a standalone film which compliments what came before and his process of building the essential personal connections which would enable him to present wholistic portraits of the film’s talented emerging musical artists.

The first film was directed by Brian Hill and it worked at examining this emerging, underground sound genre of music as it happened. Drill was and is shrouded in controversy due to the links to gang warfare and knife crime as the media was flooded with headlines about the supposed links to this upsurge. It was very much seen as a zeitgeist topic back then however has now emerged as one of the most dominant forms of rap now in the UK and we have seen massive hits from artists such as Tion Wayne and Headie One with huge international success.

How else do you get a 17 year old to talk about depression or racism – music is such a natural language for them to get through to these so it is such an interesting insight.

We wanted Terms & Conditions: Deeper than Drill to be a standalone project. They are both so different in style. This is why it is such an interesting place to pick up the film as it is a genre which has always been super controversial with fingers in darker roots but now is seeing this huge international success. The lyrical content is changing but we are starting to see the commercialisation so it is an interesting time to look at the stories behind this music and the characters that are really shining through that. At surface value, the genre is often misrepresented or perceived wrongly but when you actually dig into it, these kids are talking about serious social issues and utter failure in their treatment on the state’s behalf. How else do you get a 17 year old to talk about depression or racism – music is such a natural language for them to get through to these so it is such an interesting insight.

How did you ensure that this film would work as both its own thing and a companion piece to the film that came before?

It was obviously a lot of watching the first film. It’s a difficult balance to strike because you’re stepping into big shoes when you’re in my position. Brian is a fantastic director and an incredible producer so he was there as a guiding hand. We also had a really incredible day-to-day producer called Louise Clark who was also more focused on the talent side of things which was very much our focus point. There was a very wide cast net for talent and we actually wound up filming double the amount of contributors who made it into the film. In varying stages from first encounter meetings to two or three days of shooting we would suddenly park and change direction. Our big goalpost when making the project was that it had to be regional. The story was how it spread from London to the whole of the UK and what these stories are for kids growing up in the UK. We knew we had to hit those benchmarks and it was working out how to find those people.

We were basically just doing character bios. We went out and researched a bunch of different people to find out what their backstory is and decided how that story related to a social issue we wanted to shine a light on. However, then what you wind up with is a massive jigsaw puzzle, because you’re left with all of these people who don’t necessarily have much in common except for that they make music. So these characters don’t gel when you look at them at first but when you start diving into their stories, you see that they flow quite naturally off of each other. Once we had these character bios and we could kind of see a bit more of where everyone’s lives were going and where they’ve been, we could start threading those conversations together and that’s how it started forming the tapestry.

As we’ve seen recently with the epic Kanye documentary these projects can take a long time to complete. How long was your process?

We delivered a first cut and then changed a character which did add some time but I think it took us about 6 months. It’s not quite the Kanye 20 year labour of love. Having an understanding of the scene, I can see that there are videographers who are really attached to some major UK artists and in 20 years or so we will start seeing some really progressive stories like that of Kanye.

The story was how it spread from London to the whole of the UK and what these stories are for kids growing up in the UK.

How did you find the artists to work with on the film and were there any challenges getting them involved?

Yeah, well shout out to our Researcher Laura Brosnan, who did a fantastic job of finding about a million artists for us and pulling together incredible details on each of these artists. Breakthrough is never easy to find because they just don’t have as much of a presence. Laura runs a platform called Trench Magazine who are deep rooted in the scene and have a strong presence online where they can hit people up through their channels so doors really open up.

As the first film was so controversial we had a lot of managers asking who was in it as no one wanted to be the first one to jump on but once you have met and are face-to-face the relationship builds so much easier.

You mentioned having to fill Brian Hill’s shoes after he had set the stage with Terms & Conditions: A UK Drill Story. How was the relationship working with Brian who was working as exec producer on this film?

Brian was very forgiving of me and let me play around with things as much as I wanted to. I learned a lot working with him. We are very much chalk and cheese, he comes from a film background and knows when to roll at exactly the right moment but I am much more of a digital child. I would record double the footage he might and there was a lot of working off each other. In the edit it really struck me how much I needed of Brian’s voice and tone especially when it came to writing the VO for Riz Ahmed as it is his we hear in the first film and working on this part of the film really married our styles and approaches together.

How have you found the reception as the film only very recently went live on GRM Daily’s YouTube channel?

Well, it’s nearly an hour long which is a long time for their channel which mainly contains music videos and it is really a long time for YouTube. We are given statistics and metrics about the release and it’s doing well for something of that duration. What we’re hoping is it will get picked up into the recommended click-throughs and then build and grow on its own momentum. It’s preferable for the film to be picked up organically on the site.

At surface value the genre is often misrepresented or perceived wrongly but when you actually dig into it, these kids are talking about serious social issues and utter failure in their treatment on the state’s behalf.

What struck me is that the film does a great job combining the life stories and music of these regionally separate young artists into an overall portrait of the UK drill scene.

One of the things I did was I made sure to get as much actuality as possible. By actuality I mean, after the very first introductory interviews which aren’t even in the film, you have a really solid base of each character to work with. We would go out with them and loosely orchestrate certain scenes in order to create as much of a visual tapestry of these people as possible. You don’t want to live in introductory mode for too long and to be 20 minutes in before you’re suddenly talking about any issues, so one of the great ways to do that is just see them in their natural environment. Get a tour of the person then you can develop a mental image and see what they are saying. Those days that we were just out and about and spending time with them really helped create this understanding of the human. In addition, Brian’s storytelling ability is fantastic so I think I gathered a lot more life than you might normally shoot on a documentary, a lot more genuine moments.