I.M Explore the Boldly Brave Journey to Personal Acceptance of Vitiligo Suffers in ‘Shed Some Light’ 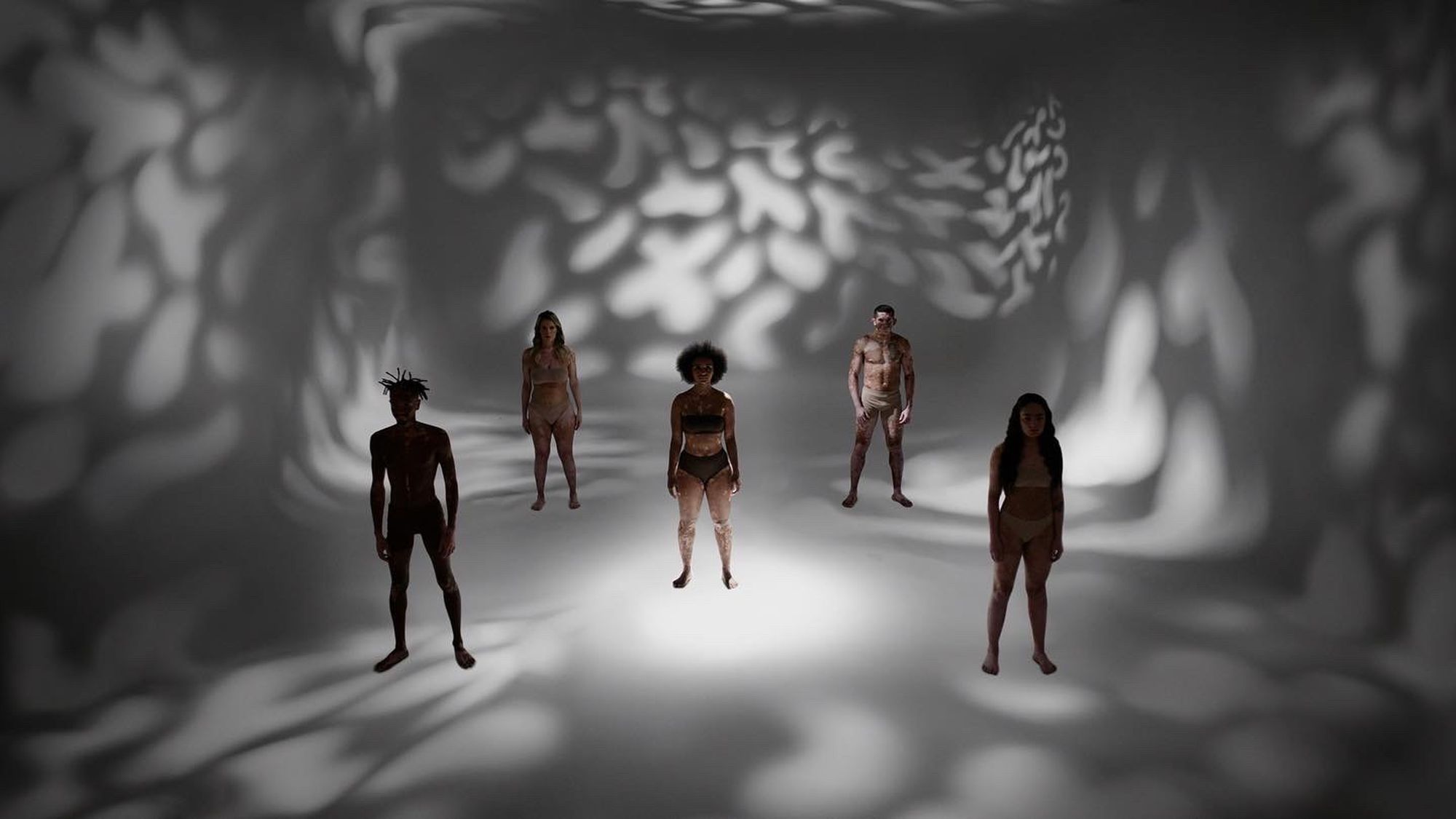 After embarking on the decision to create a film exploring the widely misunderstood skin condition of vitiligo, Brazilian duo Marilia and Fabio Meirelles, better known as I.M, went through 5 different cuts of their insightful documentary before coming across a TED talk which recontextualised their earlier work into a cohesive whole. The resulting film Shed Some Light is an intimate exploration of vitiligo informed by the personal true stories of their contributors. Working in collaboration with Filmsupply, the duo’s documentary is a shining example of the form’s potential to touch people empathically without falling into the attention-grabbing trap of the over sensationalization of sensitive subjects. Below, DN speaks to I.M about showing the utmost respect for their cast’s journies and thus portrayal of individuals living with vitiligo in order to truly tell their stories and the pair’s clever use of shadows, light and shapes to explore the emotional journey to self-acceptance of vitiligo suffers and bring much-needed awareness to the plight of those living day to day with the autoimmune disorder.

How did you come to choose vitiligo as the subject of this project?

We had previously made a film about albinism with amazing results and we discovered that people with vitiligo share some of the same types of suffering. In that way, it really made sense to take what we had learned and find a new way to bring these beautiful people to light. Film has the power to give a voice to sufferers and help us better connect with struggles we may not understand. The prejudice our cast members have experienced in their lives is something no one should have to go through. The mental health effect of physical challenges is often difficult to understand or largely dismissed.

Film has the power to give a voice to sufferers and help us better connect with struggles we may not understand.

We were drawn to the fact that most people who develop vitiligo initially react by hiding to some extent. Whether they do that by keeping their skin concealed under clothes and makeup or by isolating themselves entirely, it creates a place of very deep, very personal pain that is almost impalpable. It’s this aspect of forced self-preservation that guided our creative choices as we explored the mental health impact of the condition. It is very important to us as directors – really, a mission in our lives – to use our craft to help those who are underrepresented and marginalized and create a place for them to shine and we are so thrilled to be able to do that with Shed Some Light!

This is very much an abstract film and we wanted to find the right balance for the messaging. On one hand, if you leave it wide open for interpretation with no guidance for the viewer, people walk away with their own message based on whatever they were inspired to think and feel as they watched. That’s not always a bad thing. However, in this case, we knew we needed to leave people feeling unified and inspired in both understanding and action after seeing the film. That requires a decidedly firmer message, which runs the risk of killing the tone and mood of the film. 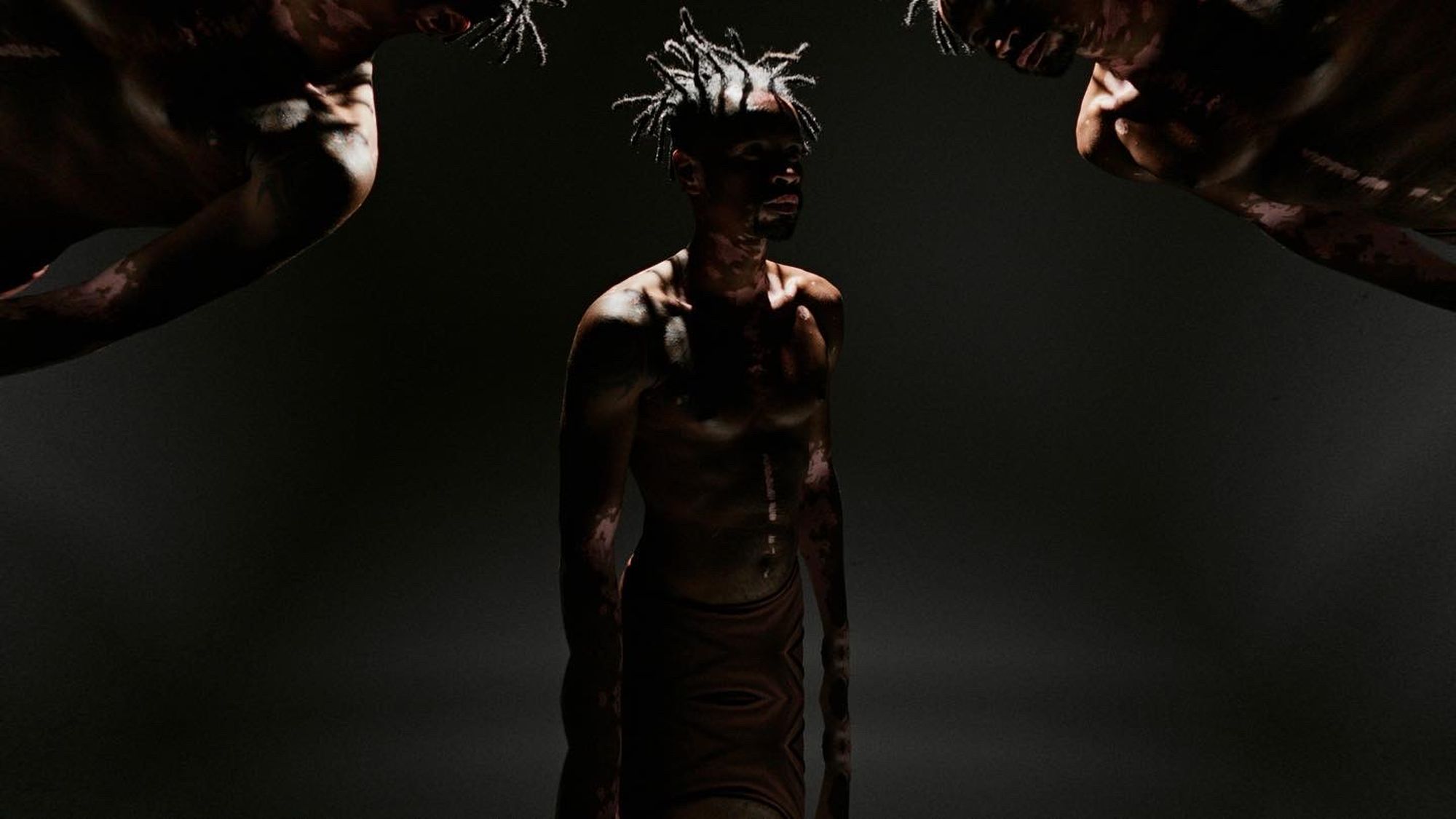 You describe Shed Some Skin as an ‘abstract’ piece. How do you feel this differs from a typical documentary or experimental film which might have also been a good fit for the subject matter?

From the start, our idea with this was to represent what people feel when they have this condition and where they end up once they realize there is no cure. But there’s no way we could truly dive into what that feeling is because we don’t have vitiligo. Weaving a narrative from testimonials of people who have had to rationalize and create explanations to surpass the immense amount of prejudice and bullying they have gone through would result in a fetishization of our characters, a film where spectators just feel bad for them. We didn’t want an empty self-help vibe either, so we approached the story as a symbolic journey to acceptance and how it manifests through the internal resolution of the characters. To us, it made sense both emotionally and aesthetically to show distortions and uneven shapes and to experiment with darkness and shadows.

We approached the story as a symbolic journey to acceptance and how it manifests through the internal resolution of the characters.

How did you go about expressing your message with that journey in mind and avoiding the aforementioned fetishization?

Part of the challenge of creating an abstract film comes from finding the right balance for the messaging. We actually had 5 completely different cuts. The film was fully storyboarded, and we drew from some very specific references. The first cut was based exactly on that plan but ended up not working as well as we hoped. We decided to try some different things and engaged a new editor to bring fresh eyes to the project, and that’s when it really started to come to life visually.

We explored using soundbites from the cast, but we felt it wouldn’t do justice to the nuances of their individual stories. We considered relying solely on text elements throughout the film, but that felt like too much of a disruption to the abstract visuals. After lots of discussion, we were leaning toward writing a voiceover script and were in the process of researching inspiration for that approach when we came across the TED Talk from Lee Thomas, a journalist and activist with vitiligo who has been a huge champion for the cause over the years, this became the final piece that connected everything together. We immediately knew there could be no better voice for our film, so we tracked him down and reached out to ask permission to include his speech. He was amazing and quickly agreed to be a part of our project, and it has made all the difference.

Upon finding the TED talk the film did take a sharp turn as our initial idea was very different but everything worked so well from then on and we realized the final piece was educating viewers with facts that debunk common assumptions about vitiligo. We had an incredible photographer, Alex Takaki, on set that captured the most stunning images of our cast and their beautiful skin, and our team thought those photos would make the perfect backdrop for this final section of the film.

You managed to assemble a pretty incredible set of talent for this project, how did you bring them all together through this process?

To be honest, the pieces sort of fell into place. I think that’s how you know something is meant to be. From the beginning, we think people could see that we came from a real place of honoring true stories and promoting awareness for a cause. Neither of us has vitiligo, so we’ll never truly know what it feels like. We spent a lot of time talking to the cast and tried to put ourselves in their place and understand their pain, but the best we (or anyone else who doesn’t have the condition) can manage is an abstract understanding of what they experience.

We also wanted to be incredibly respectful in the way we displayed the negative side of the disease. Fortunately, we were able to connect with an NGO that deals with vitiligo which certainly helped. We searched for people with the condition who truly felt comfortable with their skin, so they wouldn’t feel exposed or out of place. Each of them were chosen because they had already gone through the hard work of self-acceptance and were willing to come together in a vulnerable way to spread an important message.

We searched for people with the condition who truly felt comfortable with their skin, so they wouldn’t feel exposed or out of place.

We didn’t make them 100% aware of the story. Although we had the situations planned and storyboarded, we had the freedom to choose who would be in each scene, and then we’d explain to that person what would happen. Since they weren’t actors and were dealing with very personal issues and deep wounds, it was the best way we found to avoid being presumptuous. Since almost none of them had experience on set, we needed to be willing and able to instruct, encourage, and adapt quickly to ensure that we captured what was necessary to tell the story well regardless of what we discovered on shoot day.

What was your vision for the score and how did you approach the process of creating the right sound?

We knew music would play an incredibly important part in communicating the emotion of our film. With it being an abstract approach, the score really needed to enhance the visual aspects in a more direct way as well, almost walking the line between music and sound design. We experimented with quite a few tracks as placeholders to help establish the mood and pacing of the edit, knowing that we would ultimately need a custom score. In fact, before we ever knew Cubby would be involved in scoring our film, we were actually using one of his songs for a key moment.

When we got to a point where we were ready to develop the final score, our friends at Filmsupply connected us with Musicbed to help us find the right composer. To our delight, they instantly suggested that Cubby would be the best fit for our project, and he was willing to come on board! Having him compose a whole piece for the entire film was very natural, and we had almost zero notes when the first version arrived. He pretty much nailed it right away, so it was a perfect fit and a great collaboration!

Your camera work and lighting seem to give the impression of skin breathing, how was that realised?

It was very bootstrap as far as lights and overall grip/movement equipment. We had an Alexa Mini LF in open gate 4.5K raw and used Leica R lenses. It is an amazing camera and because the DOP embraced the project he brought it at no cost. The impression you mention was actually achieved with old-fashioned light dimmers and mostly through post-production. This actually took longer than initially planned because we wanted to craft a specific look for the VFX.

We knew we needed to leave people feeling unified and inspired in both understanding and action after seeing the film.

Advertising is always there, so we have ongoing pitches for some campaigns. However, we’ve actually dedicated a lot of our time recently to a workshop we created for filmmakers here in Brazil who have less access to the world of larger productions.

You can find more information about vitiligo and ways to help on the Shed Some Light website.

2 Responses to I.M Explore the Boldly Brave Journey to Personal Acceptance of Vitiligo Suffers in ‘Shed Some Light’