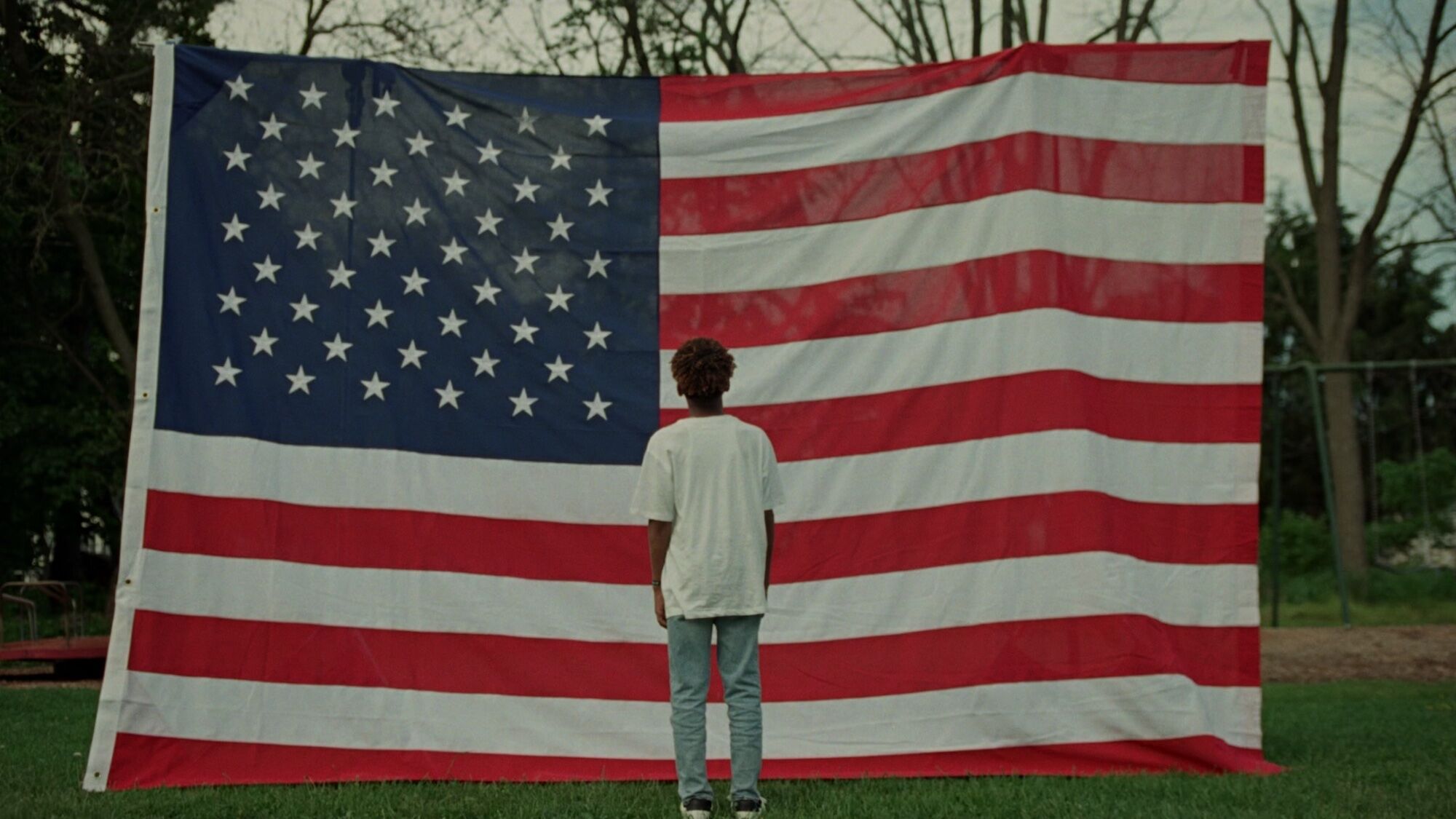 To commemorate last month’s Juneteenth, which in 2021 became an official public holiday in America, Director Ewurakua Dawson-Amoah collaborated with MTV for branded short Noitamalcer (which is reclamation spelt backwards). The short film is a tribute to the public holiday which notes the end of slavery in the US and Dawson-Amoah brings her, much loved by DN, dynamic visuals to celebrate ideals of black identity, history and culture. It’s also a short that subverts traditions of presenting blackness as something associated with pain and suffering right from the get-go the film opens with the line “we are rich, with celebration”, a perfect sentiment that encapsulates her conscious and singular creative approach to storytelling. DN caught up with Dawson-Amoah, once again, to discuss the process of collaborating with MTV and her motivating desire to reshape stories centred on black pain.

How did you come to collaborate with MTV on Noitamalcer? And how challenging was it working with a company of that size and still maintaining a sense of creative control?

A few months ago MTV approached me about this opportunity. For Juneteenth, they were looking for an independent director to create an original piece. At first I thought it was spam mail! But something told me to at least get on a call with them. The team I met in the initial creative call was lovely, and from our discussion, the piece, for the most part, would be hands off. This was such a relief to me coming off months of working in the brands space and answering to client requests. I was excited to find my voice again and create a piece that represented my creative vision.

Did you have the voiceover locked in before you started shooting the visuals or was it vice-versa? How did you approach it?

The voiceover came first, and honestly it took the longest. I really wanted to create an anthemic poem filled with pride and celebration. The last thing I wanted to do was create a piece rooted in sadness or pain. Too much content does that, harping on black pain and pushing stories that portray us in the negative. So I wrote the first line, “we are rich, with celebration”. I wanted each following line to carry that same punch. I bounced around from end to middle, middle to end to create the other parts of the poem. I hit many walls. Eventually, I jotted down a bunch of words I resonated with and read them aloud to my sister. Then I switched up the order and read them aloud again. And again. Till I found a pattern that flowed best for me.

After the poem was completed I worked on the visuals. They came pretty quickly. I had a running note on my phone of visual ideas I was dying to shoot and pulled from there. For example, I knew I wanted to touch on my experience in school and overall growing up in a predominantly white neighborhood, which is where the school scenes came from. The scene with the men in the woods was meant to exude joy and childlike freedom, representing black men in a bright colourful way where they can just be.

I was excited to find my voice again and create a piece that represented my creative vision.

How long were you shooting those scenes for and then constructing them together in post?

The shoot took two days. Day one was shot at the camp all of my films have at least one scene at – let me know if you can find the link! Post was pretty fast! Around two weeks on my team’s end, plus another two/three of notes/approvals.

Could you talk about the creative motivation behind the costumes in Noitamalcer? They’re so distinct and bursting with colour!

A lot of my past films have a muted color palette, they’ve also dealt with pretty hard topics that just called for a darker and moodier tone. For this I really wanted to emphasize celebration and have that shine through in the wardrobe. Most of which is red, the key color recognized on Juneteenth. Red is also a symbol of power and strength. It represents heightened spirituality, which is why reds and oranges are so prominent in the piece.

The scene with the men in the woods was meant to exude joy and childlike freedom, representing black men in a bright colourful way where they can just be.

We’ve spoken to you now about a number of your films. What elements of your filmmaking would you say remain the same on each project and, similarly, how do you think your approach has evolved?

Portrait moments are a huge part of my filmmaking style. What’s going on in the portraits has evolved with each film, from the action to the wardrobe, set design, etc. I love these moments where I can have the film look the viewer right in the face, literally, as the characters stare outwards. But I’d also like to expand on this in future films, exiting my comfort zone as I approach my narrative work. I’d like to create a piece where the characters never face the camera at all and still have the same impact.

I noticed that you worked on the music for Noitamalcer like you have with a number of your previous films, what is it about that part of production that inspires you? And how do you view the role of music within your films?

Music is the heartbeat! A pure driving force for any film, commercial, short, you name it! I often hear the score before I see the film, so at this point my relationship with my composers, now a duo called PPL, is second nature. The melody came to me as I was walking to a session with them. The subway made a really weird rhythmic noise that sounded like, “hm ha me bleh na”. Over and over again.

Music is the heartbeat! A pure driving force for any film, commercial, short, you name it!

I usually get ideas for music in public, so unfortunately I often find myself humming loudly to myself into my voice recorder before I forget a melody. Music is everywhere. In the subway, on the street, in classrooms, in conversations. When I’m happy I listen to my happy song, when I’m feeling down I have a song for that too. I’m absolutely obsessed with the process and art of music. Don’t get me wrong I am in no way an expert in that area. Just a gal who likes to hum into her phone and make it into a song with PPL.

What will you be working on next as a director?