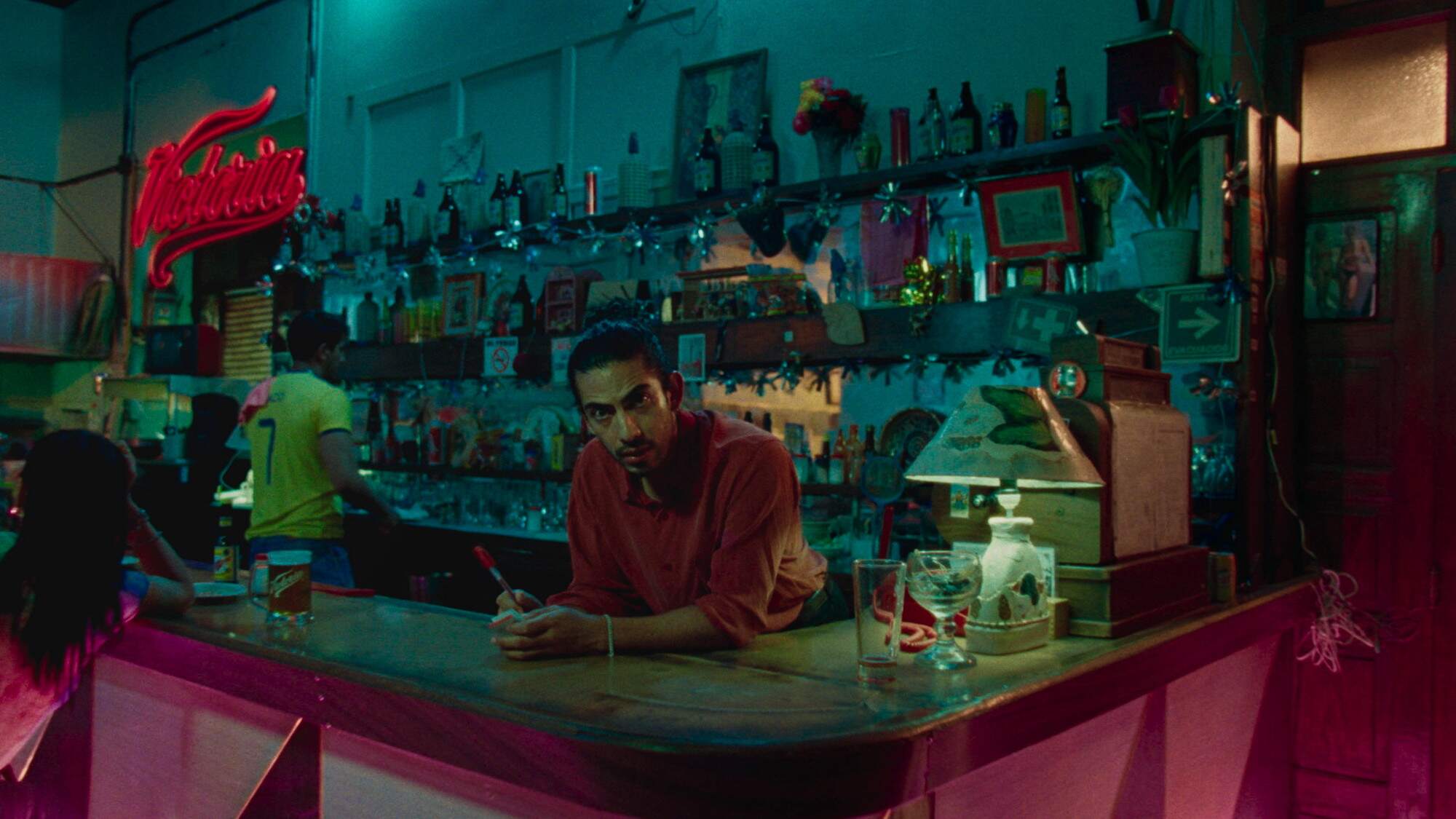 Commissioned by Victoria Beer, Brazilian filmmakers Vira-Lata and Youth’s short film Nuestras Manos (translated to Our Hands in English) is a paean to the colourful vibrancy of Mexican food, culture and heritage. Vira-Lata and Youth translate that vibrancy through to their filmmaking approach, utilising frenetic camera movements and heightened grading to reflect the exuberant power of Mexico’s spirit and, in order to maximise its brief runtime, manage to pack so much dynamism into each frame that you feel like you can’t blink in fear of missing a scene. This approach is a testament to the co-directors and their desire to truly understand the passion behind Mexican culture which they researched in person on the streets. DN joined Vira-Lata for a conversation where he detailed what went into their pre-production research, his approach to co-directing with fellow filmmakers Youth, and the exhilarating nature of Mexican culture he wanted to encapsulate on screen.

Where did the idea come from to capture Mexican culture in such a vibrant form?

Nuestras Manos is a deep-dive into Mexican culture, traditions and culinary. From the pitching stages it was very clear that it needed to be something made from the inside out, an honest portrait of the everyday meeting of rawness and poetry on Mexican streets, houses, bars and restaurants. The idea here was to translate the authenticity and truthfulness of Mexican culture into a fanciful/surrealistic project, how extremely common objects, habits and dishes are presented when lighten by a ray of fantasy.

What research did you do to inform your approach? Did it involve any pre-production studying or were things more hands-on?

To meet the sort of authenticity that we were looking for, we knew we needed to go into Mexico’s reality to understand how their ancestral culture unfolds on a day-to-day basis. While some of us were working on the treatment; image pulling, writing the narrative, structuring the decks and researching, the others were on Mexico City’s streets, walking towards an unknown destination, being taken away and absorbed by that pulsing reality. Things, people and places in Mexico have a proper soul, and that’s what makes it such an amazing country. How a picture is hung on the wall of a fonda, how a street vendor sets up his tienda, how a plate of quesadillas is made, and so on, from the tiniest details, everything pumps life and identity in a very true manner.

It was very clear that it needed to be something made from the inside out, an honest portrait of the everyday meeting of rawness and poetry on Mexican streets, houses, bars and restaurants.

You’re obviously tackling this concept from a Brazilian perspective, did you see any similarities between your cultures?

Since we’re all Brazilians, it was a true joy to be met with a reality that is, at the same time, so similar and so distinct from the one we are used to. Naturally there’s a common denominator hence we’re all Latin Americans, but Mexico has gone through a completely different developing process, creating a blend of costumes and traditions that have survived and evolved through thousands of years. From the moment you step your feet on the street you’re met with extremely real and genuine people, and that’s what we were looking for.

How did you find the challenge of co-directing with Youth? Had you worked with each other previously?

We’re all branches from the same tree, a production company in southern Brazil called The Youth, that has been working on advertisements, music videos and short films for almost ten years. We all started working as directors at The Youth, initially as distinct directing cells (being Vira-Lata a directing duo and Youth a directing trio). It was always a common thing for us to be part of each other’s processes, sometimes one of us would work as a DP or editor on the other’s project; sometimes we would all gather forces to produce a passion project; other times we would blend Youth and Vira-Lata into a single thing, no matter how, we noticed that we tended more and more to approach the process collectively.

Over the past couple of years we’ve been developing this directing style, starting to understand how it fits bigger productions and projects. This has led us to create really interesting pieces of filmmaking but, more importantly, has led us to live very dear moments. More than being co-workers or partners, we’re all extremely good friends, so to be able to live such meaningful experiences alongside each other really makes it worthwhile and definitely makes an impact on the final result. We have our discrepancies and different takes on style, so there are still a lot of projects that we direct solely as Vira-Lata or Youth, but there are some where it’s so much work to do that we don’t see any option other than to assemble the Megazord, as we like to call it!

When you’re tackling a project with Youth, what do the initial pre-production stages look like?

At the beginning of every project we will lock ourselves in a room and pitch ideas around freely. At some point, this will result in a shot-list or something like that, but, more importantly, it puts all of us on the same page regarding where we want to take the project creatively. Because of that, when we were awarded this job a lot of prep work was already done, and we had a pretty clear idea of how we wanted things to look and feel, already with some locations in mind.

The project had an extremely tight deadline, something like a week between preparation and shooting; so once again, it was time for us to part ways and work separately. Two of us gathered up with DoP Agustin Claramunt, Production Designer Carol Ozzi and Assent Director Rosella Fragoso to scout locations and sort how all of those crazy ideas would fit into reality; while the others stayed at the hotel working on shooting boards, casting and discussing VFX shots with our long-time friend and VFX Consultant Diogo Gameiro, alongside Dopo’s VFX Director Juliano Storchi. 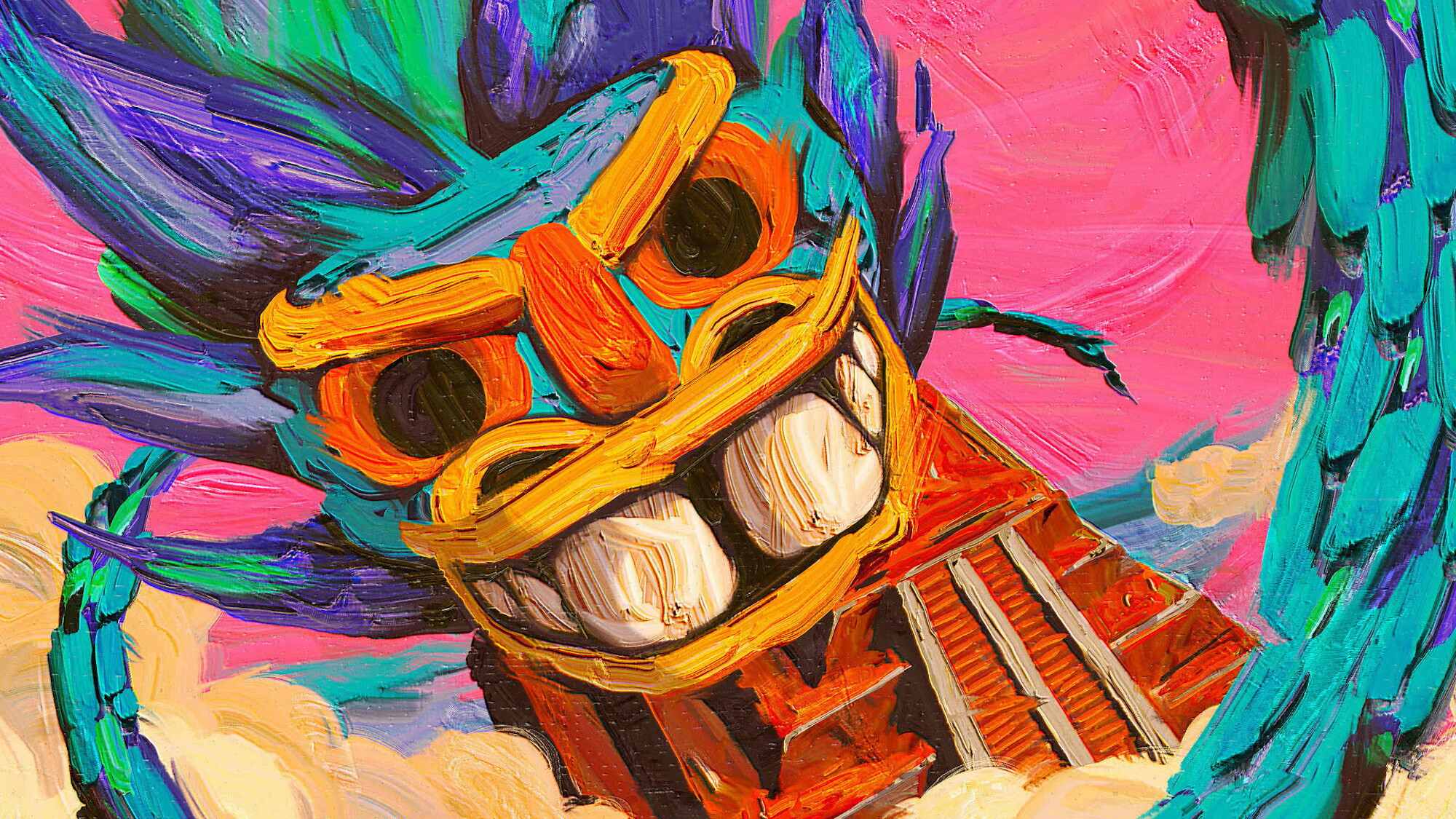 How how does your working relationship translate on set? Do you find yourselves taking on specific tasks separately?

When it came time to shoot we had everything pretty well sorted out, so once again we divided tasks to make the set run easily. Each one of us would partner up with a department head and would go through all of the details before actually shooting, one of us would be side-by-side with the talent, the other one with the DP, the other with Carol, with Juliano and so on. We would take turns directing the scenes, in an effort to have a single voice conducting the crew and communicating with the agency.

You manage to pack every frame with such vibrancy and vitality, how does that manifest itself on set? What goes into the construction of each shot you’re creating?

It was a true joy to see the universe we created come to life; Carol, the production designer, did an amazing job in helping us choose locations that already had a strong personality and were ready to shoot as on building from scratch complete sets, like the street fair or the forest shed. Agustin lit everything delicately, creating an aesthetic that has its glow but doesn’t put itself above the scene or the narrative, achieving the perfect blend between reality and fantasy that we wanted.

Each one of us would partner up with a department head and would go through all of the details before actually shooting.

We ended up choosing 35mm as the main format, as it has the perfect balance between graininess and definition. Working on film keeps you away from the many comforts offered by digital, but the ‘limitations’ of film were quite welcomed on this project. We had a lot of available stock but still, it didn’t compare to what you have available when shooting on digital media. That made us extra aware and focused on the scenes and on what needed to be shot, reducing room for improvisation and last-minute shot ideas. We weren’t stuck to the monitor screen like on a digital shoot, but looking at the scene itself, connecting with the crew, the environment and the set.

And how much VFX work needed to be completed on the film post-shoot? Was that an aspect of the film you also contributed to or did you work with an outside VFX team?

Post-producing Nuestras Manos was another journey by itself. During the first offline edits we didn’t know how all of those mixed-media would match; oil-painting animations, complete CGI shots, 16mm outtakes, and a ton of compositions. Dopo, the Brazilian VFX house we worked with, has sort of a boutique process, they work with a very small crew and don’t take that many projects in at the same time. This resulted not only in a very thorough process but also in a true creative connection between us, they really knew what we wanted and were able to visually translate it in times where we even couldn’t put it in words. Grading was done by Fernando Lui at Marla Color Grading, further evolving the look created by Agustin and putting the final touches to blend and match everything in a naturalistic manner.

What are Vira-Lata and Youth working on next, both individually and as co-directors?

Together we’re in and out of commercial pitches, both for the Brazilian as well as the Mexican market. Besides that, talking individually we, as Vira-Lata, are pitching some music videos and working on the script of an independent fiction short film, while Youth is pitching some commercial projects in Europe.