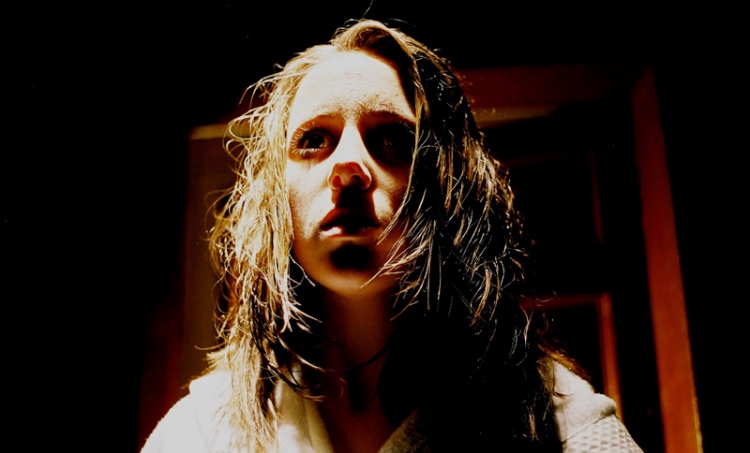 Making counting to ten one of the creepiest things ever shown on screen, Brendan Muldowney’s The 10 Steps will have you going to bed with the lights on for the foreseeable future. Shot in Dublin over three days, The Ten Steps uses the horror movie staples of a haunted house, lone baby sitter and unreliable fuse box located in the cellar (where else!) to great effect, steadily building the tension to a nerve-jangling high.

Muldowney approached The Ten Steps with the regular horror cliches close at hand, but tempered with a conscious determination to execute them in a less is more style that taps into and exploits the power of an audience’s mind to create suspense, tension and terror. “The idea was to begin in a well acknowledged and accepted way for a horror film, with lots of cliches such as the old house and the baby sitter, with a big scare at the beginning followed by some humour to lull an audience into certain expectations. The film then follows the well traveled path of other haunted house films with the back story of the Devil and the ‘don’t go into the cellar’ narrative. The point was to set up an expectation for the end by building the tension to the max and then delivering a non-visual, but cerebral ending that makes the audience think, rather than showing them ‘the monster’.”

To realise this, photographers Michael O’Donovan and Tom Comerford shot the haunted house sequences on super 16mm, using a combination of slow fluid movements and plush lighting to create tension in the opening scene, giving way to a handheld camera style that ramps up the edginess once the heroine finds herself plunged into darkness. Steadicam was used exclusively for the POV shots, spawning the idea of an evil presence creeping round the house, evocative of Sam Raimi’s ‘evil cam’ in the Evil Dead trilogy. Deep breaths and voices were added on the soundtrack to further build character for these shots. As over half of The Ten Steps was lit by candlelight alone, extensive stock test were performed before the combination of double-wick candles and Kodak 200 stock captured the correct level of light and shadow.

Contrast was added and the colours enriched during the grade at Screen Scene. In a direct nod to Robert Wise’s The Haunting, a matte was drawn around the house with a bright rim picking out its silhouette against the night sky, intensifying the purple / indigo colours. The other major effect work was a veneer / oval-shaped mask placed over the restaurant and kitchen scenes, darkening the edges of frame subtly to draw the eye into the centre of the picture. The music score was composed by top Irish composer Steven McKeon with live musicians following his abstract ideas influenced by György Ligeti, whose music is based on texture and sound density. McKeon also used knives on piano strings and hammers on the keys to create a violent atmosphere

The 10 Steps was funded under the Galway Film Centre / RTE short film awards with a budget of €9500, and money for a 35mm blow-up was provided by The Irish Film Board after hearing of its selection to the London Film Festival. Brendan Muldowney has written and directed eight short films since graduating and is currently developing three features (Death, Savage and The Dark and Stormy Life of Jonathan Scales) with long time producer Conor Barry through SP Films.