VAMP Protests Against Prostitutes of God 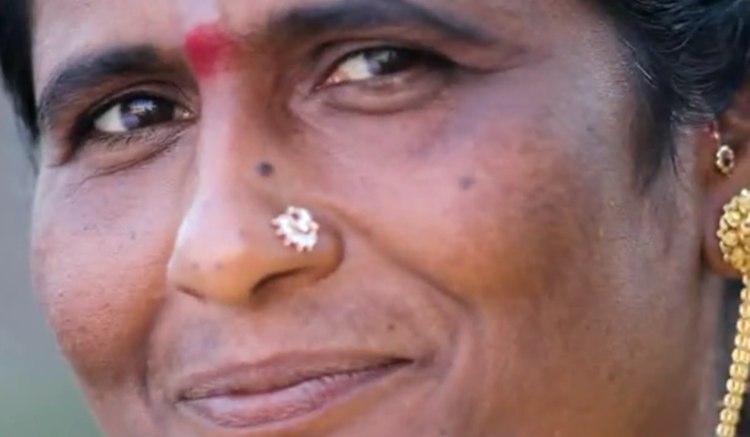 Last week I posted a DN interview with Sarah Harris for her VBS documentary Prostitutes of God. A film examining the links between prostitution and religion, especially one which asserts that religious belief is facilitating and even encouraging young girls into a form of sexual slavery was always likely to be contentious. However, I don’t think Harris or VBS could have foreseen the level of anger Prostitutes of God has provoked from certain quarters.

Before I continue I’d like to make it clear that this post is neither a defence nor indictment of the work Harris and Pegah Faramand did in bringing Prostitutes of God to screen, but rather a jumping off point for a discussion of the considerations needed and problems which can still be encounter long after the cameras have been packed away when documenting people’s lives. OK, so now that’s out of the way on to the discussion at hand.

The main source of opposition to Harris’ presentation of Devadasi (‘Servant’s of God’) sex workers in Southern India comes from the sex worker rights organisation Vaishya Anyaya Mukti Parishad (VAMP), who wrote an open letter to Harris and VBS, calling them out, which begins as follows:

The film-maker Sarah Harris ingratiated herself with VAMP whose members agreed to allow her to film them. What resulted are films that are both insulting to the people who agreed to participate, and misrepresent the culture, religion and context in which the women portrayed do sex work. It must be noted that those portrayed did not sign release forms.

It goes on to highlight various areas where VAMP feel the documentary was lacking in both facts and interpretation. A hot button topic such as prostitution tends to split people into camps, most often; It’s exploitative and should be banned completely vs. this is a legitimate job that has always taken place, therefore its workers need to be protected just like any other workers. It’s evident from their work, VAMP agree with the second of these views and feels that Prostitutes of God is a “sensation seeking” piece of work “that does not depict reality or raise issues related to sex work in any meaningful manner.” As she mentioned in our interview, the idea of sex workers being provided with the support and protection they need is something Harris also agrees with, and her intention with the documentary was to “Shy away from any kind of moral judgment,” (15:47) and “Let the woman’s stories speak for themselves” (14:35). Harris and Faramand reiterated this stance in their live webchat, as well as briefly commenting on VAMP’s accusations. Unfortunately, regardless of Harris’ intentions, VAMP and some of the sex workers featured in Prostitutes of God don’t believe the final documentary comes close to achieving Harris’ goals and were prompted to issue a rebuttal video.

Even if I was inclined to, it’d be impossible for me to get to bottom of the issues surrounding Prostitutes of God and VAMP’s concerns with the film. What is clear, is that a filmmaker, regardless of intent can rarely foresee how their work will be received.

I was curious to know what type of film VAMP would like to see made on the subject and it turns out that the organisation had recently commissioned past DN guest Kat Mansoor from Animal Monday to create a documentary about VAMP’s work in India, which provides a different view of the communities involved in the sex trade.